Signature brews, one-offs and specials too popular to stop brewing: These are the standouts from a year of local beer.

Hawai‘i is ranked 49th in the US for number of beer breweries, a list that shrank last year with the closures of Gordon Biersch, Home of the Brave Brewing Co. and Real Gastropub. According to the Hawaiian Craft Brewers Guild, only 5% of beer consumed in the state is produced here.

This hits close to home for beer lovers like me. I drink a lot of beer. I seek it out and love trying new ones, both good and bad. When I was asked to curate a list of the best O‘ahu beers of 2020, I accepted while realizing this is an entirely subjective undertaking: What one person loves, another may find undrinkable. My tongue drools over IPAs, lagers, stouts and porters, but frowns on sours and insanely sweet adjuncts. Beer is a rainbow of colors, ingredients, flavors and aromas. The fact of the matter is every brewery makes its standouts; each brewer has his or her own passions, style focus and aversions.

In a spirit of togetherness appropriate for this new year, I present my personal favorite beer of 2020 from each brewery on O‘ahu. All were produced last year. Some are core classics, others are one-offs that are no longer available. The breweries on this list make 100% of their beer on-island. If any of these picks sound interesting, seek them out. Buying a local beer helps support our neighbors and friends. 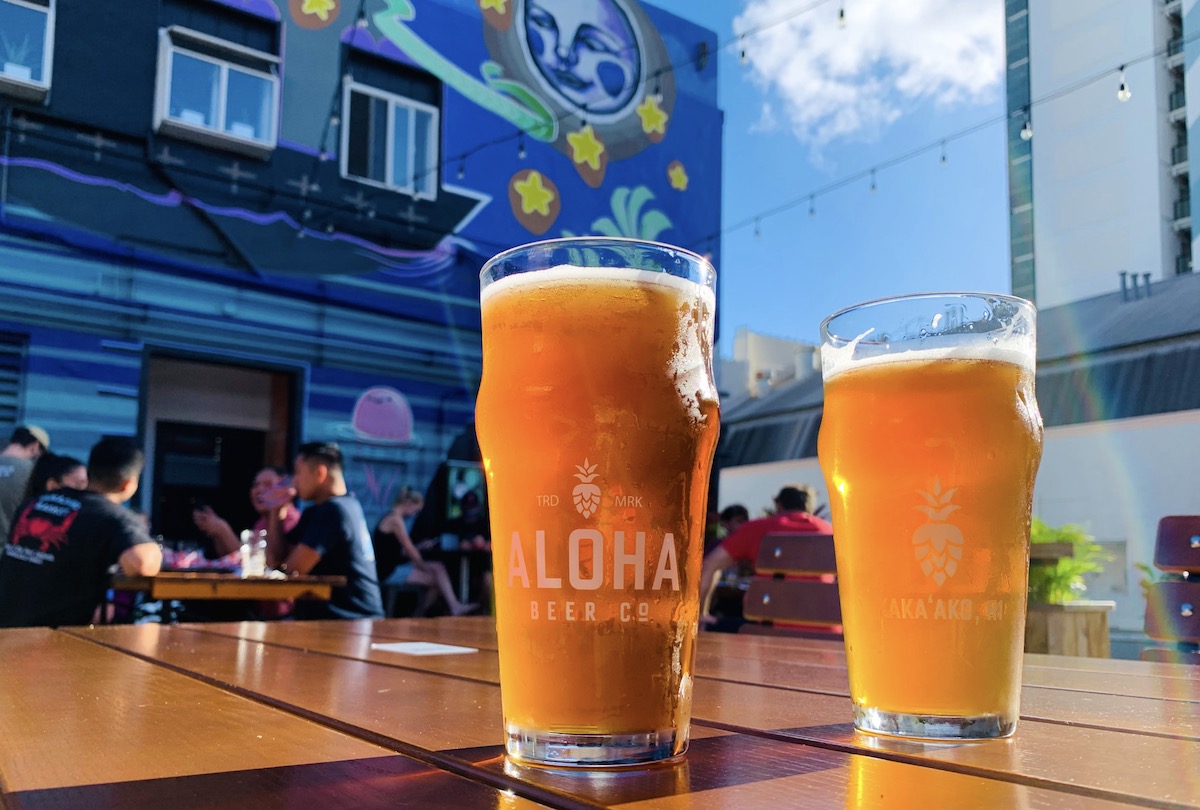 In our tropical weather, there is always a need for bright and refreshing summer beers. Waimānalo Farmhouse is akin to the traditional saisons of Europe that provided refreshment after days of toil on the fields. Made with both malt and wheat, it is crisp and soft with flavors of fruit and funk that define the style.

SEE ALSO: The 5 Best Places To Eat Outside in Ward and Kaka‘ako Right Now

I am going to cheat with this one and choose a series of beers. Beer Lab has produced 32 entries in its Omakase Hazy IPA series so far (I only missed six), each named after a type of sushi fish. All the beers are essentially the same recipe but showcase different hop varieties. Consistently juicy and hop-forward, the change of ingredients offers a fun way to compare while enjoying every sip.

SEE ALSO: More Than Any Other Brewery, Beer Lab HI Captures the Everyday Joys of Living in Hawai‘i

Modern beer has its foundations in Europe, with Germany and Belgium developing vibrant cultures around it. The Continental combines the maltiness of German Helles with the spice profile and fluffy head of a Belgian Wit. O‘ahu’s newest brewery, Broken Boundary has had limited opportunity to share its beer with the island. 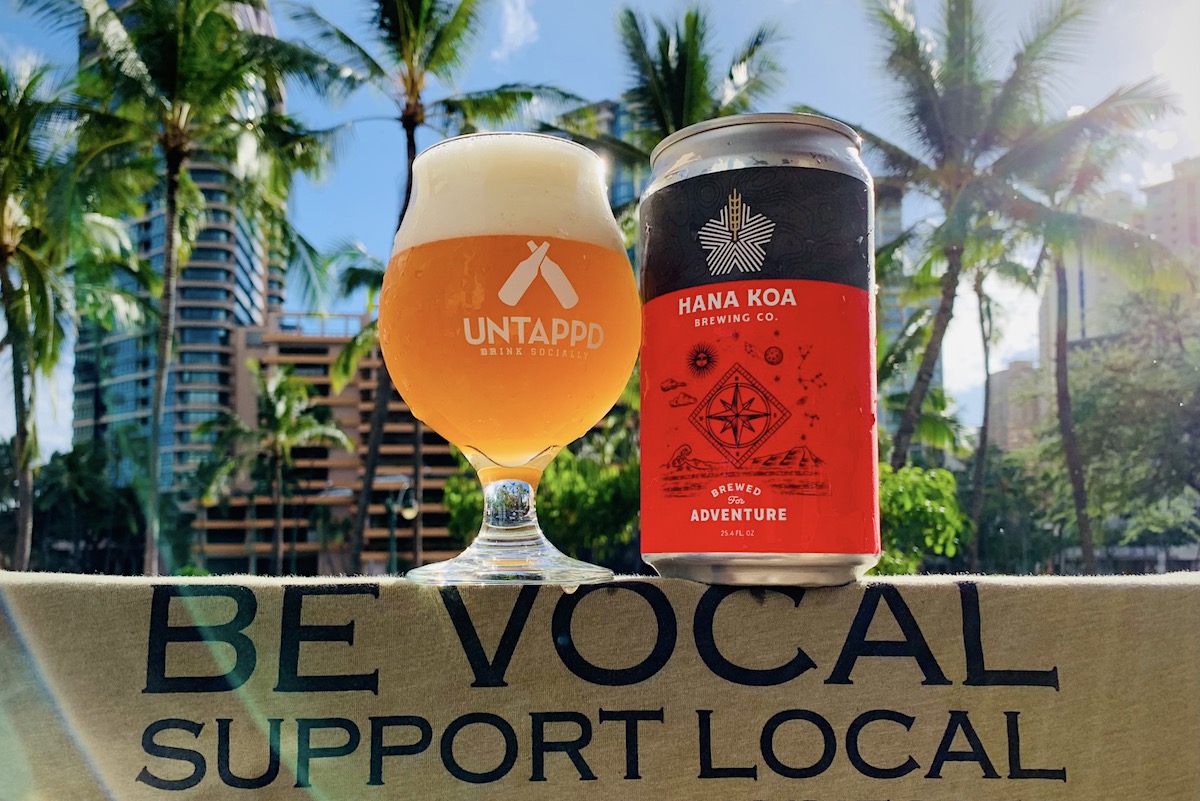 A double West Coast IPA, this beer was a beast. With resinous pine, sticky and strong, this collaboration with Waikīkī Brewing Co. was also bursting with flavors of apricot and grapefruit. Packed with hops, it showed off how many contrasting flavors can be in one glass without being bitter to the point of destroying my palate. 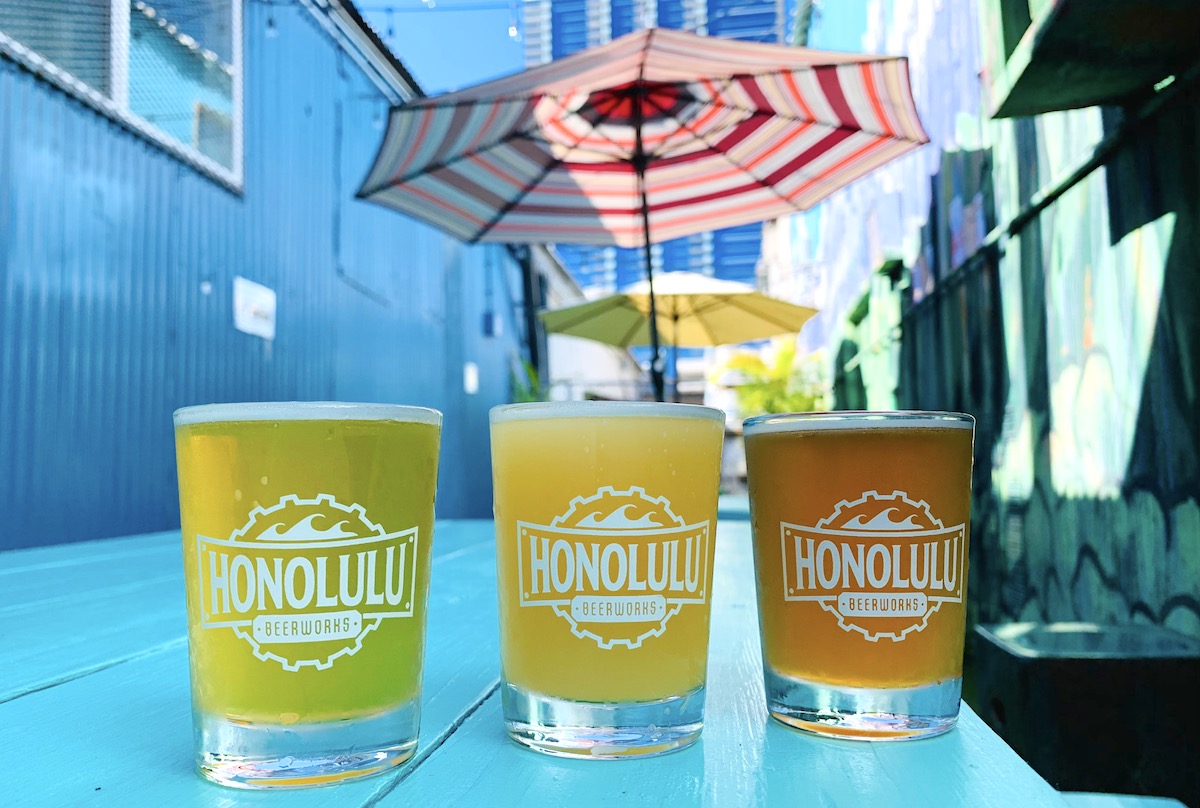 Developed a few years ago with the Pink Boots Society, which provides scholarships for women in the beer industry, Pussy Grabs Back quickly became so popular that Beerworks never stopped canning it. It is one of my go-to beers due to its easy approachability and moderate alcohol while still being full flavored and thirst-quenching. Whether in a can or fresh on draft, it is a beer I trust will be satisfying. 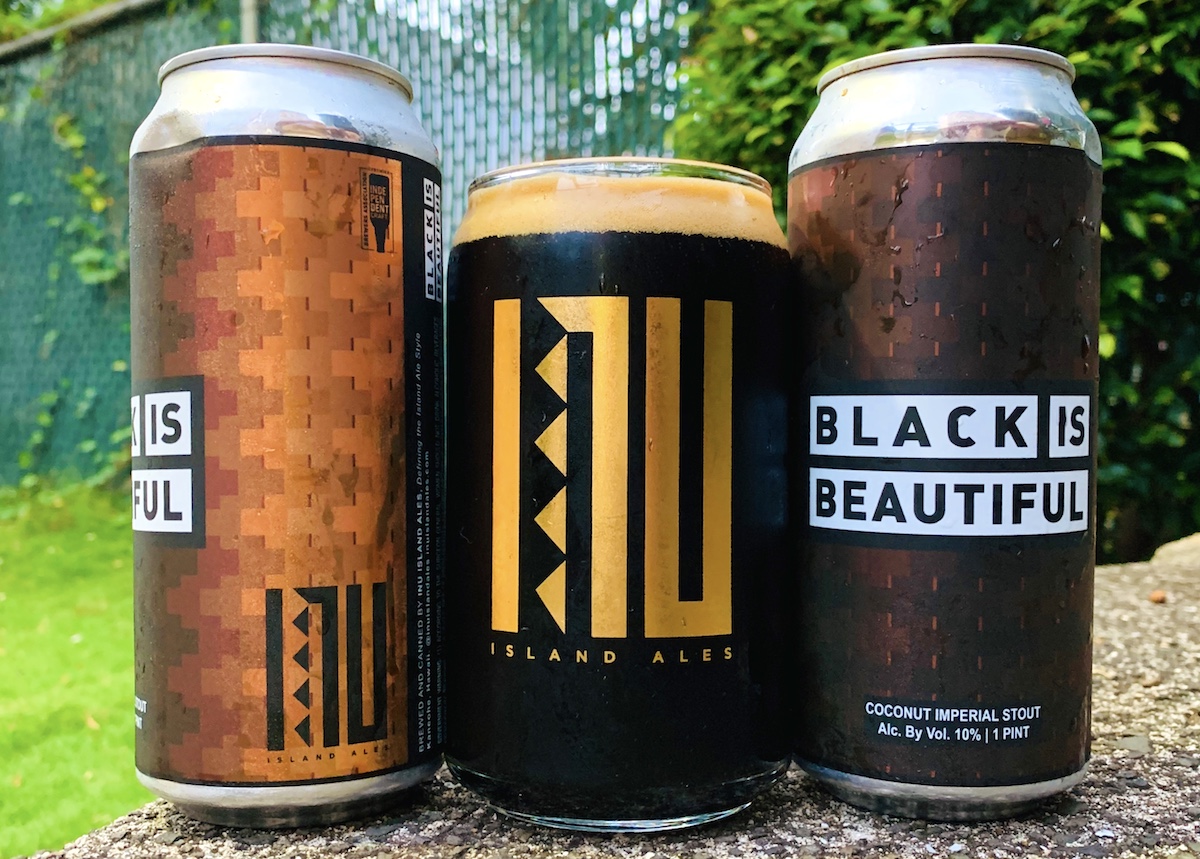 As part of the Black Is Beautiful worldwide collaboration initiative seeking to “bring awareness to the injustices that many people of color face daily,” Inu released a limited can version of its base stout with added coconut. This impossibly dark beer had full flavors of chocolate with a creamy body. But the highlight was the perfectly balanced roasted coconut, an ingredient many breweries simply do not know how to handle.

SEE ALSO: Local Experts Share Their Tips for Selecting the Best Wine, Beer and Liquor To Go With Popular Cuisines 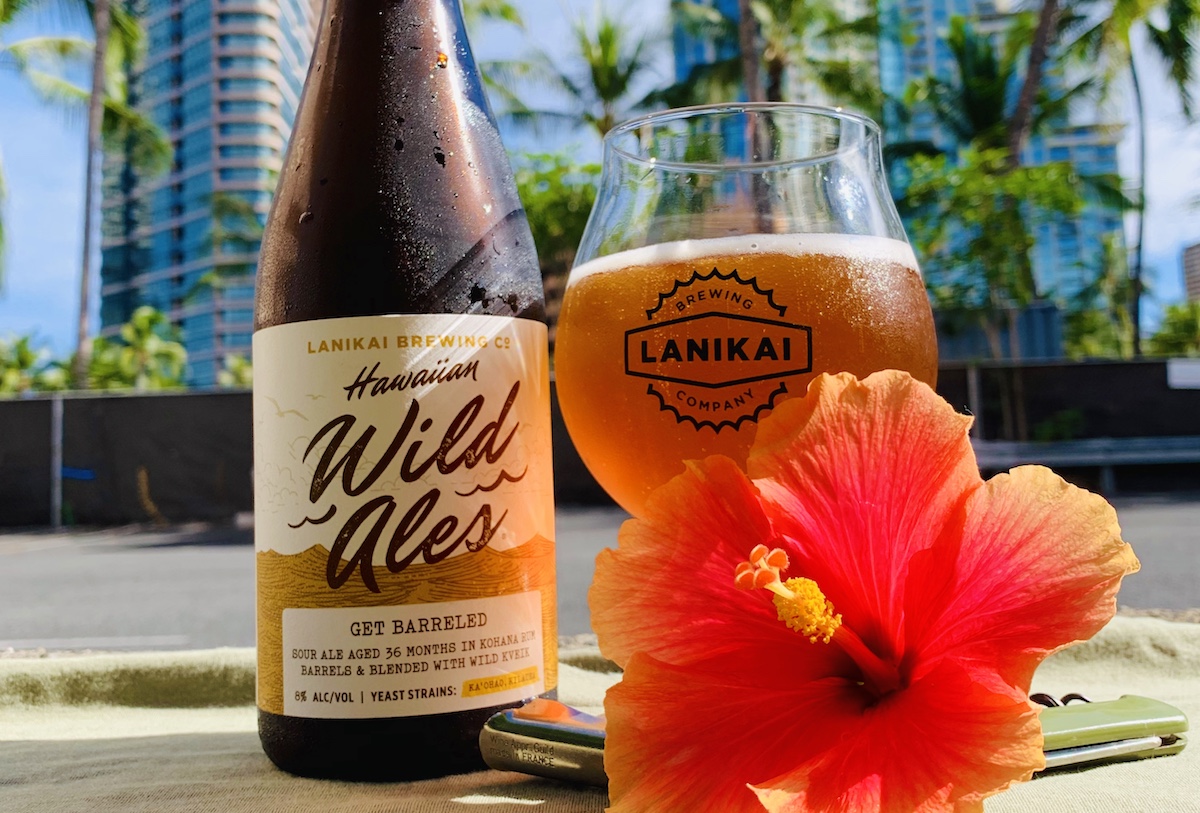 No other brewery seeks to collect and showcase the microflora and microfauna of Hawai‘i like Lanikai. Each entry in the Hawaiian Wild Ales series is fermented with yeast collected from the tops of volcanoes, deep in the rainforest, under the ocean, or high in the air. Mano is a bright and zesty beer with wild and strange flavors, citrusy tartness, an earthy mouthfeel and dry finish; all thanks to yeast collected from the skin of hammerhead sharks from the University of Hawai‘i’s Coconut Island Research Station in Kāne‘ohe Bay. Every Hawaiian Wild Ale is a unique trip around the Islands.

O‘ahu’s smallest brewery started as a growler fill bar catering to locals, then added a nano system to showcase its own style. These batches do not last long, often selling out within a few days. At the Craft Beer Fest on Leap Day, I was impressed with the full-flavored Hazy Couch, from a beer classification usually devoid of character. Refreshing and deep for the low alcohol, it was a standout on a day filled with amazing beer. 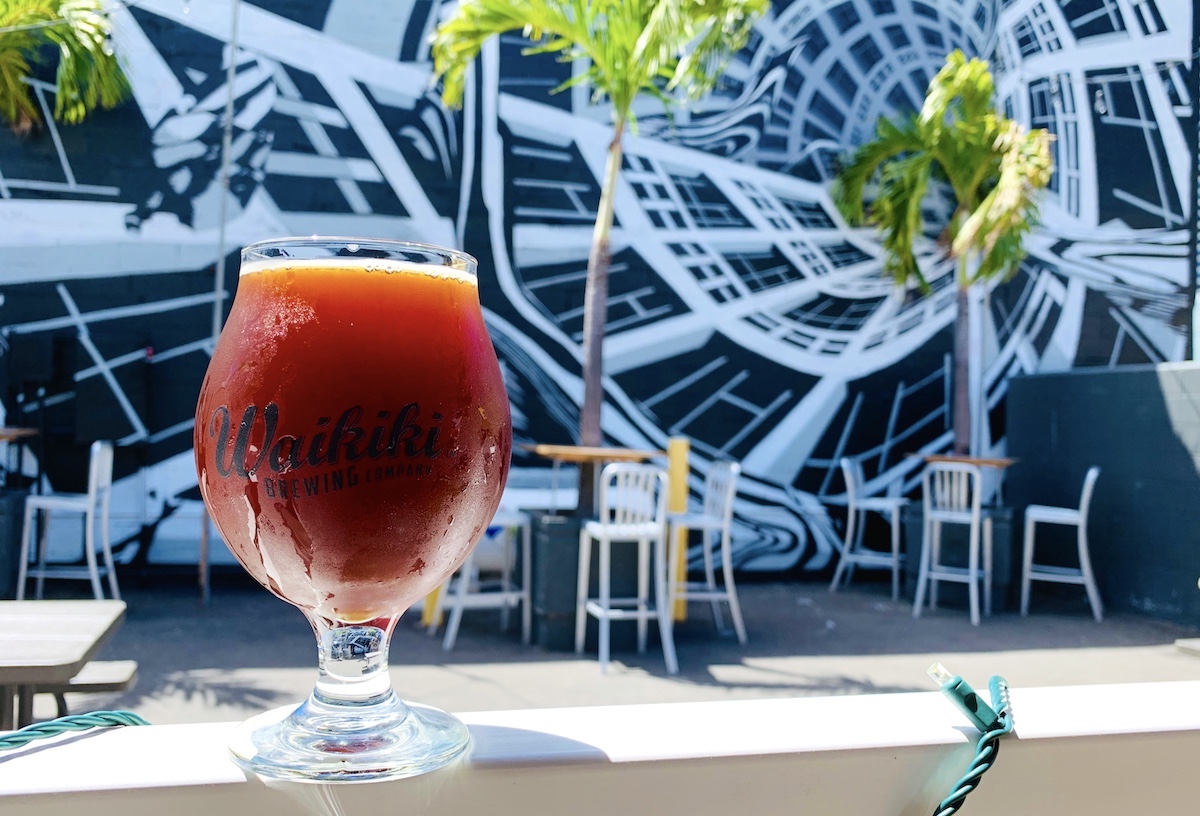 Coffee and dark beer are best friends. Waikīkī Brewing worked with Lion Coffee Co. in Kalihi to brew an impossibly strong and delicious imperial coffee stout, which was released during Hawai‘i’s inaugural Beer Week in February. The beer had a creamy body, an aroma of percolating coffee, and enough alcohol to start your day with a bang—or push you into the next one.

SEE ALSO: Find the Full Array of Waikīkī Brewing Co. Beers Plus Experimental Ones at Its Renovated Waikīkī Pub

Beer is available to-go at all these brewery locations in cans or bottles, crowlers or growlers, and many sell gift cards. May 2021 be the year we can return our Gathering Place to one filled with laughter and food enjoyed over great local beer!