Our columnist James Charisma laments the lack of dining choices for nighthawks. 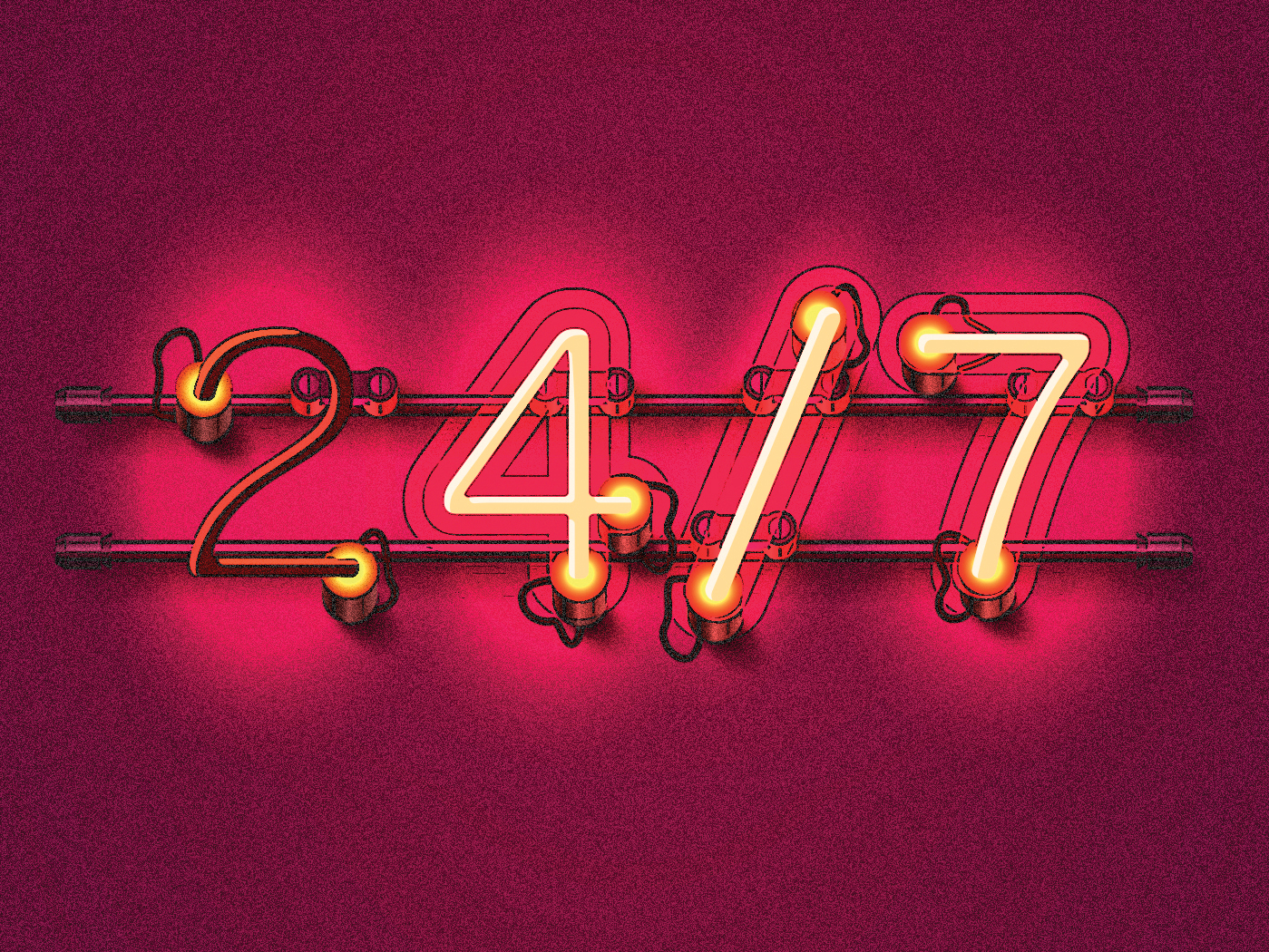 Some nights at 3 a.m., a man dressed all in black would sit at a corner booth inside the former Downbeat Diner on Hotel Street. His pompadour hairdo and shaggy sideburns were jet-black too, which, coupled with the ’70s-style Nautic sunglasses he usually wore, made the guy a dead ringer for a late-career Elvis. I’d seen him around town for more than a decade but I didn’t know who he was or why he dressed like the King. Yet here we were, more than a few times: Two late-night enthusiasts stopping in for bacon and eggs in Chinatown. But that’s the past. Downbeat, now called The Other Side Diner, doesn’t sell breakfast that late.

When we finally put the pandemic behind us—if we ever do—I hope more 24-hour restaurants return, or at least late-night dining. I miss being able to find what Ernest Hemingway would call “a clean, well-lighted place” somewhere, anywhere, that serves steaks or sandwiches or loco mocos at all hours. I’d even settle for a cup of coffee at 3 a.m. There needs to be a bastion for the night owls, the rogues, the misfits. We’re out here, keeping an eye on Honolulu after dark. And we’re usually hungry.

When I was in high school, I briefly worked backstage at Iona Contemporary Dance Theatre’s production of Destiny, helping dancers coat their bodies first with honey, then a powder-fine gold glitter to achieve a majestic, otherworldly look for the show’s big finale. After the performances, usually around midnight, some of the dancers and I would go to Wailana Coffee House for pancakes. The place used to be open 24 hours; now it’s closed. But back then, no matter what time you went, it looked like the cover of a Village People album, filled with cops, construction workers, sailors and at least one person dressed all in leather. And none of them seemed to care that our group was more or less covered in glitter (the stage-quality stuff was too difficult to scrape off completely). Everyone else seemed to have their own things going on, whether it was finishing a long shift somewhere or just getting ready to start one. Or maybe they were stopping by before heading to a nightclub.

There needs to be a bastion for the night owls, the rogues, the misfits. We’re out here, keeping an eye on Honolulu after dark. And we’re usually hungry.

This is part of the late-night dining experience; for some reason, looking disheveled and feeling groggy in a restaurant doesn’t have the same allure at 2 o’clock in the afternoon. There’s an invisible camaraderie among those of us who are up late, having a meal or downing cups of coffee (or bourbon), and it isn’t something you can get by ordering takeout or cooking at home.

Even though hardly any of my nights include glitter anymore, I’m still up writing at all hours. I think better when everyone’s asleep and the city gets quiet. (I also think better on a full stomach.) There used to be no better way to feel connected with a Honolulu not normally experienced by most people than by having an after-hours session at Anna Miller’s, M.A.C. 24/7 or even the ubiquitous Zippy’s. When the clock invariably strikes 3 a.m. now, I’ll peer out the window—I live in a high-rise that overlooks Waikīkī—and wonder what everyone else is up to. Where have all the Village People gone?

I know these past two-plus years have been a nightmare for restaurants, and I understand that a lot of places can’t stay open through the night right now, even if they want to. But when it’s feasible, I think it’s important for Honolulu to once again have gathering places for folks to stay connected at odd hours. Back at The Other Side Diner, the booths are empty late at night. (The guy who looks like) Elvis has left the building. Here’s hoping he’ll return one day.