Garden Isle breweries are expanding, and two more will open in coming months.

To some beer drinkers, Kaua‘i can feel remote. The small population makes it difficult to get a large selection of beers produced in Hawai‘i and on the mainland. But the flip side is that you can enjoy beer found nowhere else in the world. With established breweries—including the world’s westernmost—and another coming soon, Kaua‘i’s often-overlooked beer culture is worth exploring.

Here are breweries you can visit now: 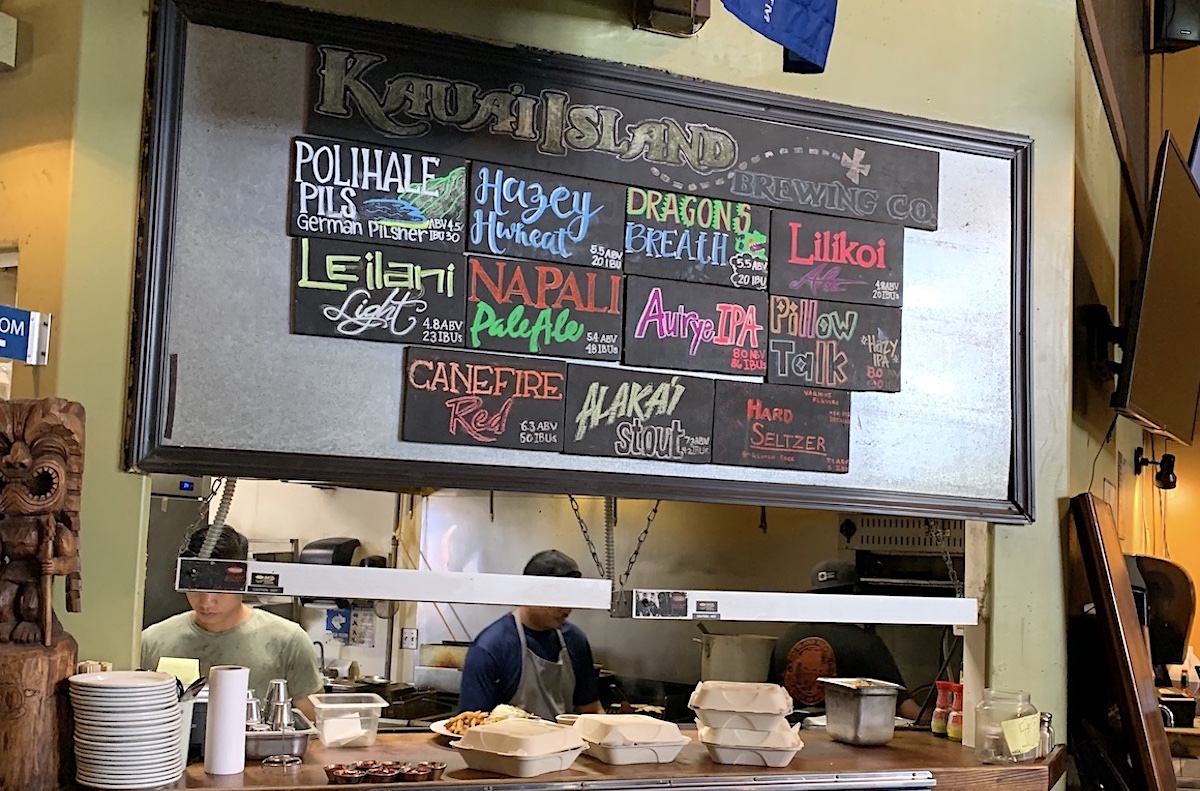 Started over 20 years ago as Waimea Brewing Co., “The World’s Westernmost Brewery” rebranded a decade ago and expanded to a bigger space at Port Allen that serves both locals and cruise ship passengers. Owners Bret and Janice Larson and brewmaster Dave Curry feature a dozen made-in-house beers on tap, including classic styles like Polihale German Pils, Nā Pali Pale Ale, and Canefire Red, along with modern popular selections like Pillow Talk Hazy IPA and the Hazey Hwheat series with additions such as Liliko‘i and Dragon Fruit. The warehouse-style setting means high ceilings and open doors that provide bright natural lighting and fresh ocean air. A collection of classic pinball machines is available for playing in the loft. Seating has been expanded with outdoor tables in the front along with more tables and the bar inside, and a menu of favorite local dishes is highlighted by deliveries of freshly caught fish.

The brewery’s purchase of the neighboring storefront will give its brewhouse a larger area and space for a canning line so that beer can be packaged for store shelves around the island and hopefully statewide. A new location coming in December, Kōloa Whiskey Bar Saloon, will also feature Kaua‘i Island Brewing’s beer. 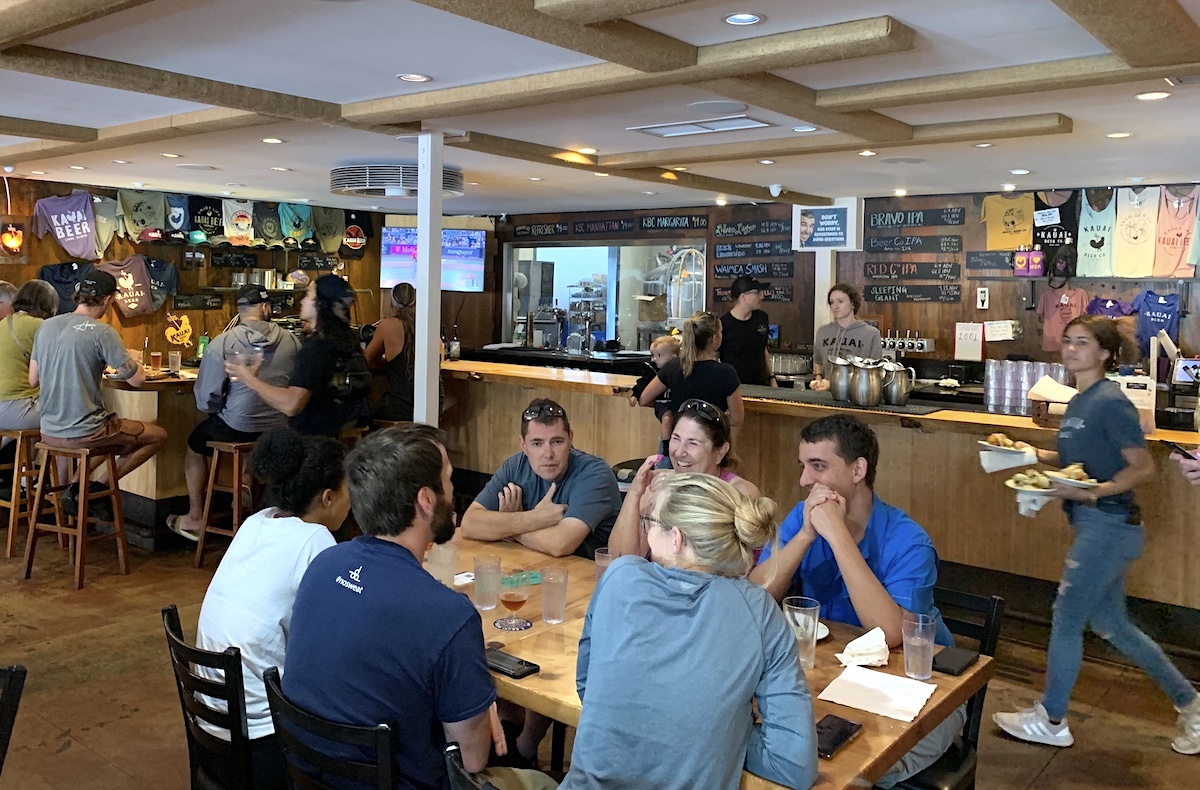 Look for the rooster sign on Rice Street and you will find Kaua‘i Beer Co. Founded in 2012 by father-and-son team Jim and Justin Guerber, the brewery is expanding with new outdoor seating both outside its original site and next door. Plans call for moving the kitchen to create space for a canning line. A speakeasy is planned for the second floor, whose lanai will give spectacular views of downtown Lihue during parades and festivals, and Nāwiliwili Bay beyond.

Kaua‘i Beer offers many traditional styles including their most popular Black Limousine Schwarzbier, Tropical Armadillo Pale Ale, and Lihue Lager. I recently attended a special vertical tapping of their strong Sleeping Giant Barleywine—five different years of the same beer to compare the flavors as they age. Limited bottles of the most popular beers are available for sale at the brewery and a handful of places on the island; the hope is the upcoming canning line will help Kaua‘i Beer offerings find outlets on other islands as well. The food leans hearty to pair with strong beers, making the brewpub a great place not only to drink but to dine.

One of only two meaderies in the state, Nani Moon offers tastings at a laid-back taproom in Kapaʻa. Mead is akin to beer in that it is also brewed, albeit with local honey and with an alcoholic content closer to wine. Nani Moon puts an island spin on its offerings with inclusion of Kona coffee in the Buzz Squared, and its Cacao Moon features locally grown organic cacao and vanilla beans. You can buy mead to go or online on the website, and they’ll ship it. 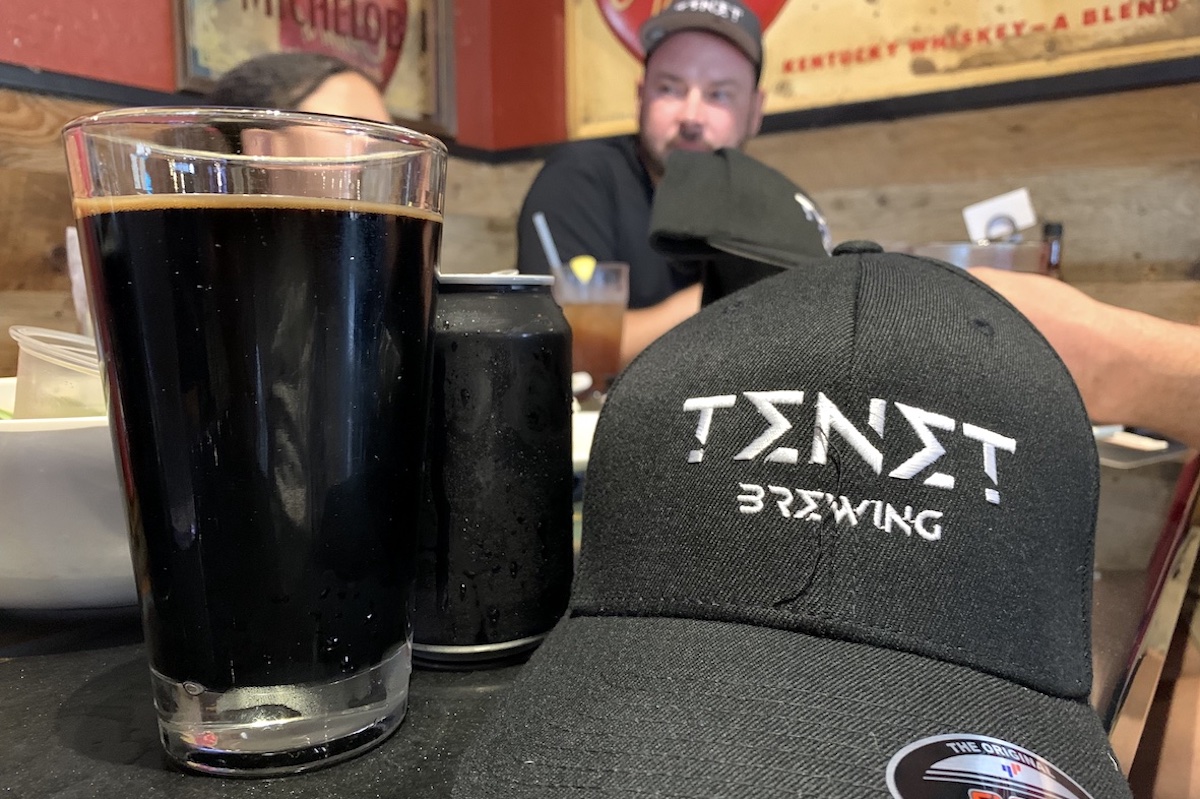 Named for the values of owners Erica Collard, her husband James Gow and visionary brewer Kyle Macdonald, Tenet says it will be about more than just beer. All three will play a role in the beer, food and vibe of the space. “We came for the Hawaiian core values of aloha, ‘ohana and pono—we know who we are, which is where the name Tenet comes from.” Plans are to make and eventually distribute beer and non-alcoholic beverages. I got a sneak peek at the Pono German Pils and Kaua‘i Coffee Imperial Stout while talking story with them at Rob’s Good Time Grill. Look for formal announcements about locations and opening in early 2023.

Owners Blake and Kati Conant are hoping the taproom they plan to open in Kapa‘a Town will transport you to the Nā Pali Coast, surrounded by lush tropical plants. With buildout almost complete and hiring under way, Nāpali has an anticipated opening date of December 2022.

Cheers to your next neighbor island beer adventure!