If you’ve never seen a beer kiosk in a bank, you’ll want to check out Aloha Beer Downtown in the new Central Pacific Plaza’s community lānai.

“A quick-service counter space with draft beer and grab-and-go food” is how Candice Ishikawa describes Aloha Beer Downtown, the local brewery’s first expansion outside its Kaka‘ako brewpub. The kiosk opened last week inside newly renovated Central Pacific Plaza, a transformation that began in early 2020 to help revitalize the business district with an indoor/outdoor community lānai, coworking spaces and retail. 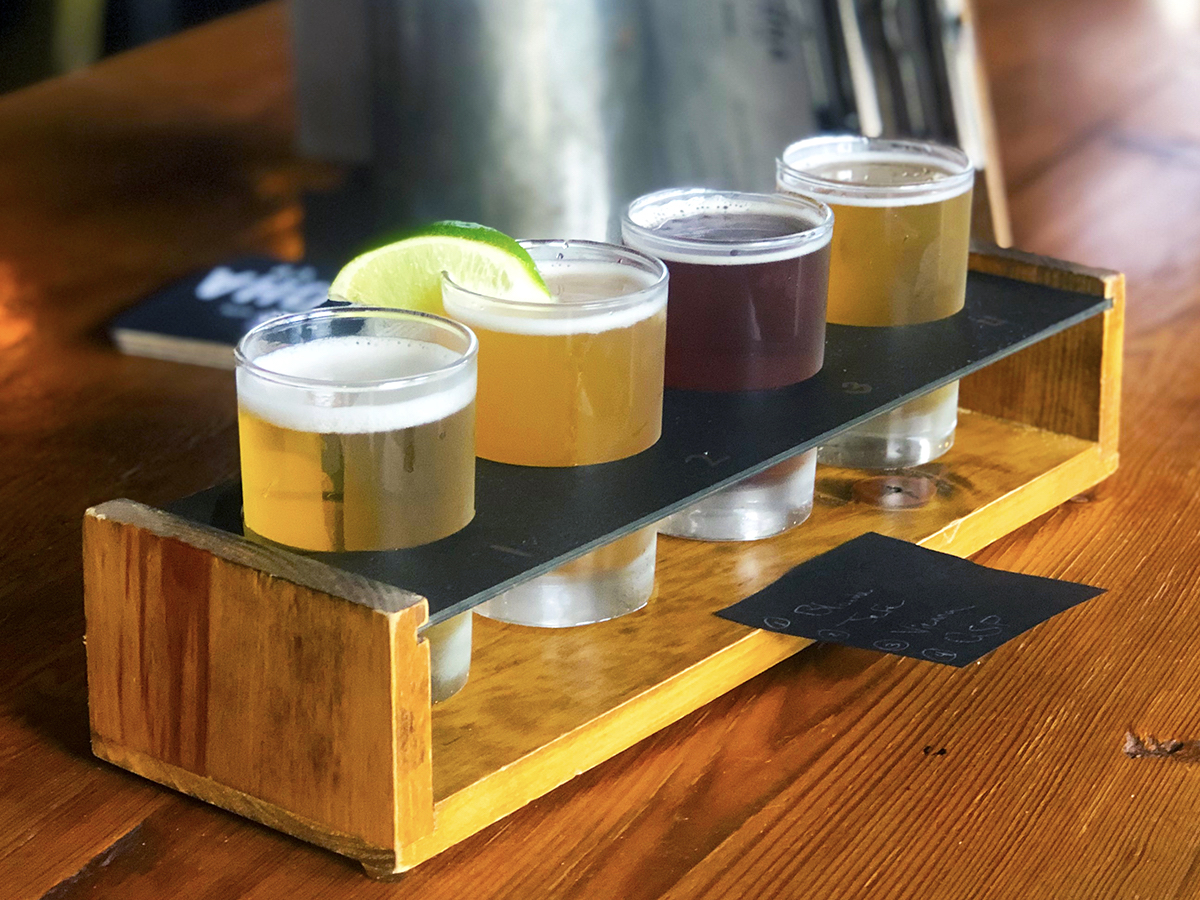 The new location’s six draft taps will exclusively feature Aloha Beer Co.’s most popular labels, plus limited and new selections made by operations director Dave Campbell just a few blocks away in Kaka‘ako. On tap now: Aloha Blonde, Queen St. Pils, Hefe Weizen, Froot Lupes, Hop Lei IPA and Waimānalo Farmhouse. Growler fills and cans will be available to-go. By the grand opening on Jan. 26, Ishikawa and her husband, co-owner Yusuke Ishikawa, expect to transition two of the taps to imported Japanese beer such as Suntory The Premium Malt’s.

The food menu will feature quickly prepared items unique to the location such as personal-sized flatbread pizzas, hot sandwiches, avocado toast and salads; the selection will expand in the future to include breakfast. Aloha Beer Co. merchandise will be available, including stickers with the Downtown logo.

For now, the counter (which has room for four stools) will share space for up to 200 people with the new Starbucks. Its liquor license covers the entire lobby, so people can grab a cold pint and sit spaced out. Pow! Wow! artist Matthew Tapia (@matthewtapia) is completing a mural he describes as featuring “a big-mouthed fish guzzling an overflowing mug of beer with tako tentacles, waves and other island elements … in order to bring the lively and dynamic energy of Kaka‘ako to Downtown.” 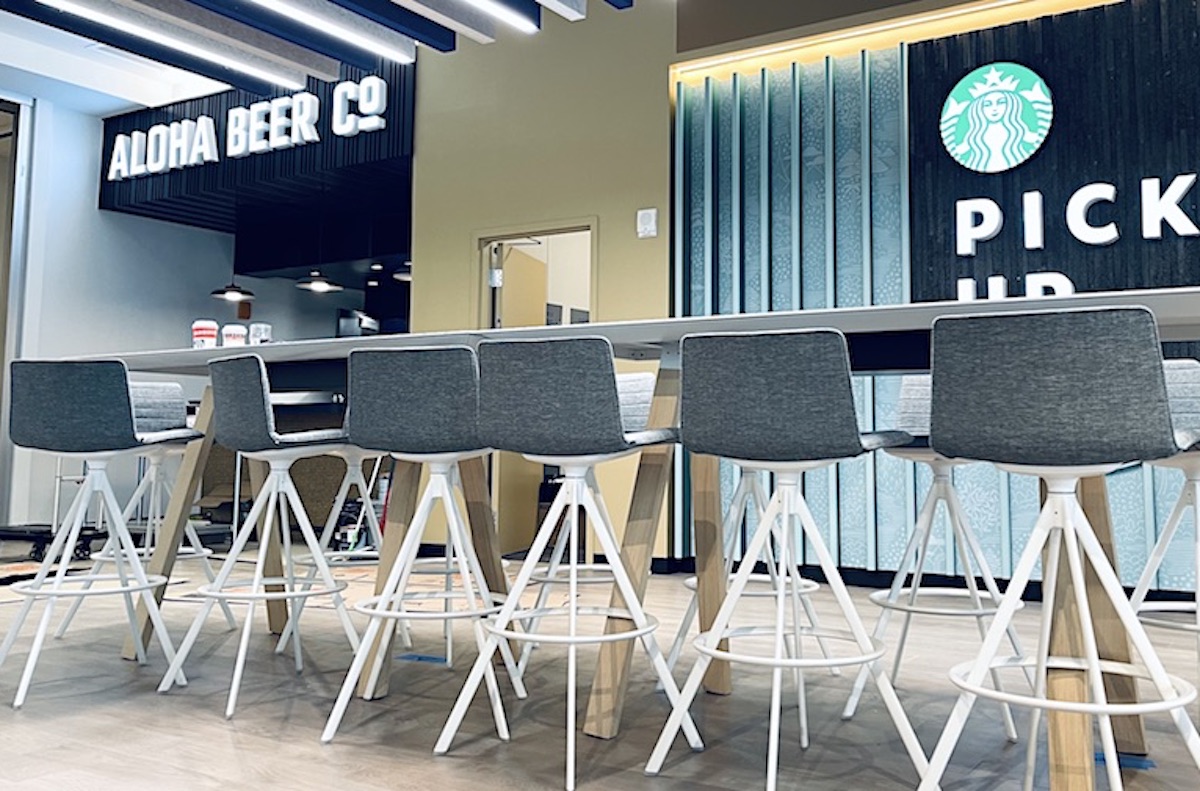 The Ishikawas will run Aloha Beer Downtown separately from the brewery on Queen Street. The daughter and son-in-law of Steve Sombrero, partner/owner of Aloha Beer Co., had planned to break ground on a 250-seat outdoor beer garden in Waikīkī. That did not move forward, so when Central Pacific Bank reached out about a bar space in its remodeled lobby, the couple jumped on it.

That’s not all. Look for another new location in Waikīkī coming soon.