What If Kim Chee Fried Rice and Paella Had a Baby?

The Korean-Spanish mashup is a March special at O’Kim’s Korean Kitchen in Chinatown. 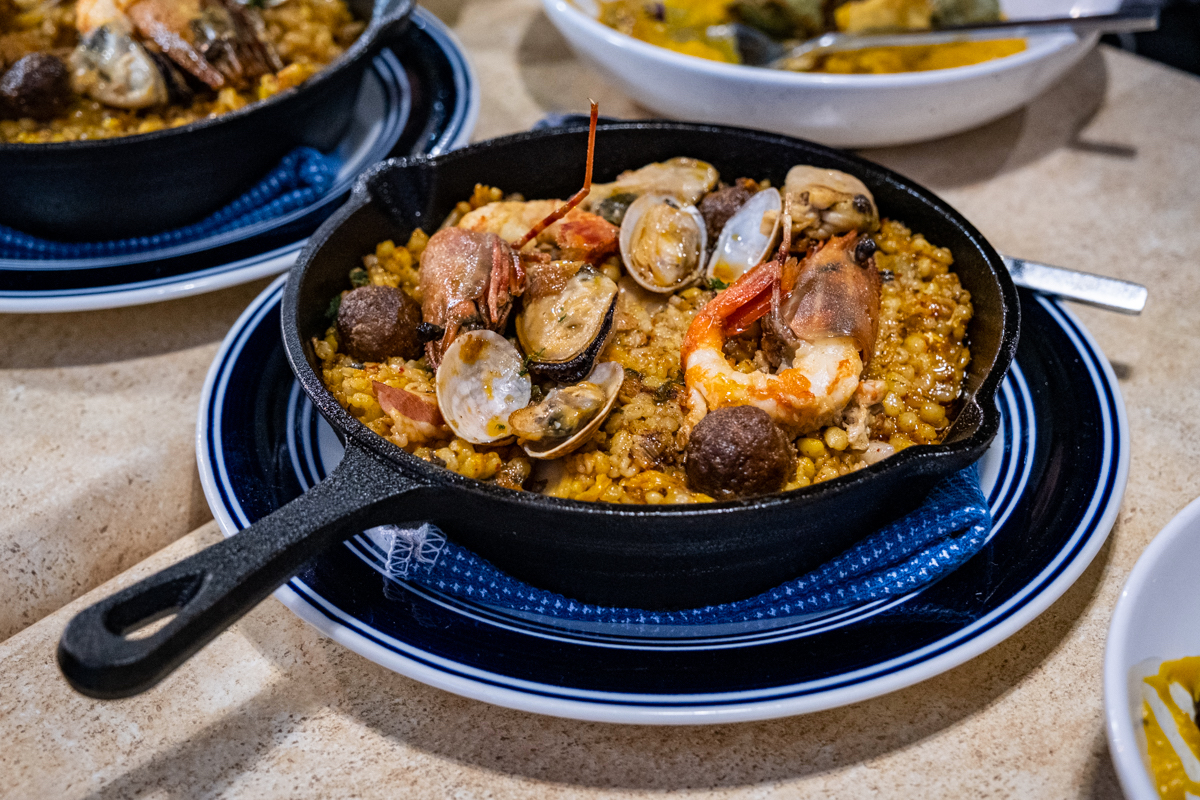 In these pandemic times, kim chee fried rice has become a staple in my diet. Let me put it this way: You know how Korean households have two refrigerators—one for kim chee and the other for everything else? Well, my fridge is a kim chee fridge. I have a lot of the stuff, so when it goes super sour I make kim chee fried rice.

Suffice it to say I love this dish. Now imagine if kim chee fried rice met paella, the aromatic rice specialty from Valencia, Spain brimming with shellfish, chicken and sausage. This is the mashup I was introduced to at a recent media dinner at O’Kim’s Korean Kitchen in Chinatown.

On the slate of monthly specials available only in March, kim chee paella ($17.95) turns out to be one the best ideas chef-owner Hyun Kim has brought to life. In a cast iron skillet, she mixes Korean barley rice with saffron and kim chee juice and simmers it with chorizo sausage, Manila clams, mussels and large head-on amaebi shrimp. Don’t let the crimson shade deceive you—this paella is mild in heat, and full of depth and savory flavor. I love the textures of the shellfish and the slightly fermented edge that coats each grain of barley and rice. The pan is large enough to share if you’re ordering other items, but it’s also the right size for a personal entrée and comes with a green salad and a side of kim chee.

Arguably the best part of a paella is the socarrat, the crispy rice crust that forms as it slowly scorches on the bottom of the pan. Koreans have a similar delicacy called nurungji, and although it is enjoyed in a different way, this shared appreciation is one thing that ties these two cuisines together.