We venture into the kitchens of two of our winning dim sum restaurants for a look at how favorites like har gow and baked char siu bao are made.

Hale ‘Aina Awards 2022: Get to Know Our Best New Restaurants

Hale ‘Aina Awards 2022: Our Restaurateurs of the Year Are Crossing Borders 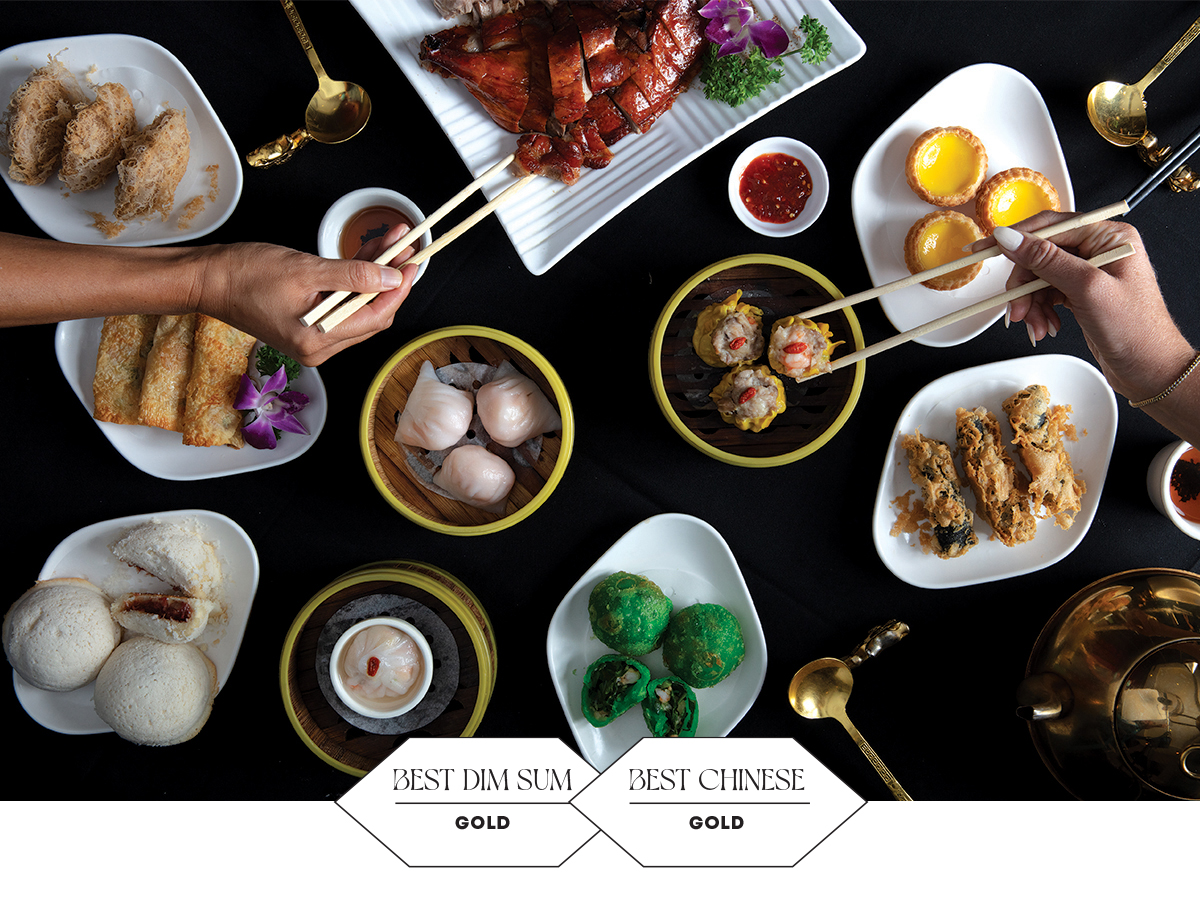 Jade Dynasty’s kitchen, the engine room of one of Honolulu’s largest Chinese restaurants, six dedicated dim sum cooks on weekdays and nine on weekends steam and fry dishes to order and fold dumplings and bao. It’s organized chaos: Two cooks stuff meat into fat siu mai while wedged against a wall of refrigerators; two others fold char siu filling into rounds of dough at a butcher block in the middle of the kitchen; and next to them, tray after tray of mango pudding is poured. And along the back wall: a line of steamers, fryers, woks and ovens, near hanging racks of duck. Yi-Bin Liu, Jade Dynasty’s dim sum chef, is from China’s Guangdong province, where dim sum originated, and he helms a crew mostly from southern China who prepare the 80 dim sum selections on the menu.

A roast duck quarter is available on the dim sum menu. The restaurant makes 24 roast ducks daily, a process that takes the whole day: It involves marinating the birds, then hanging them to dry (resulting in a crispier skin), and then baking them in an oven the size of a closet. From the same oven emerges Jade’s char siu, which goes into the bao and is also available as a dish. 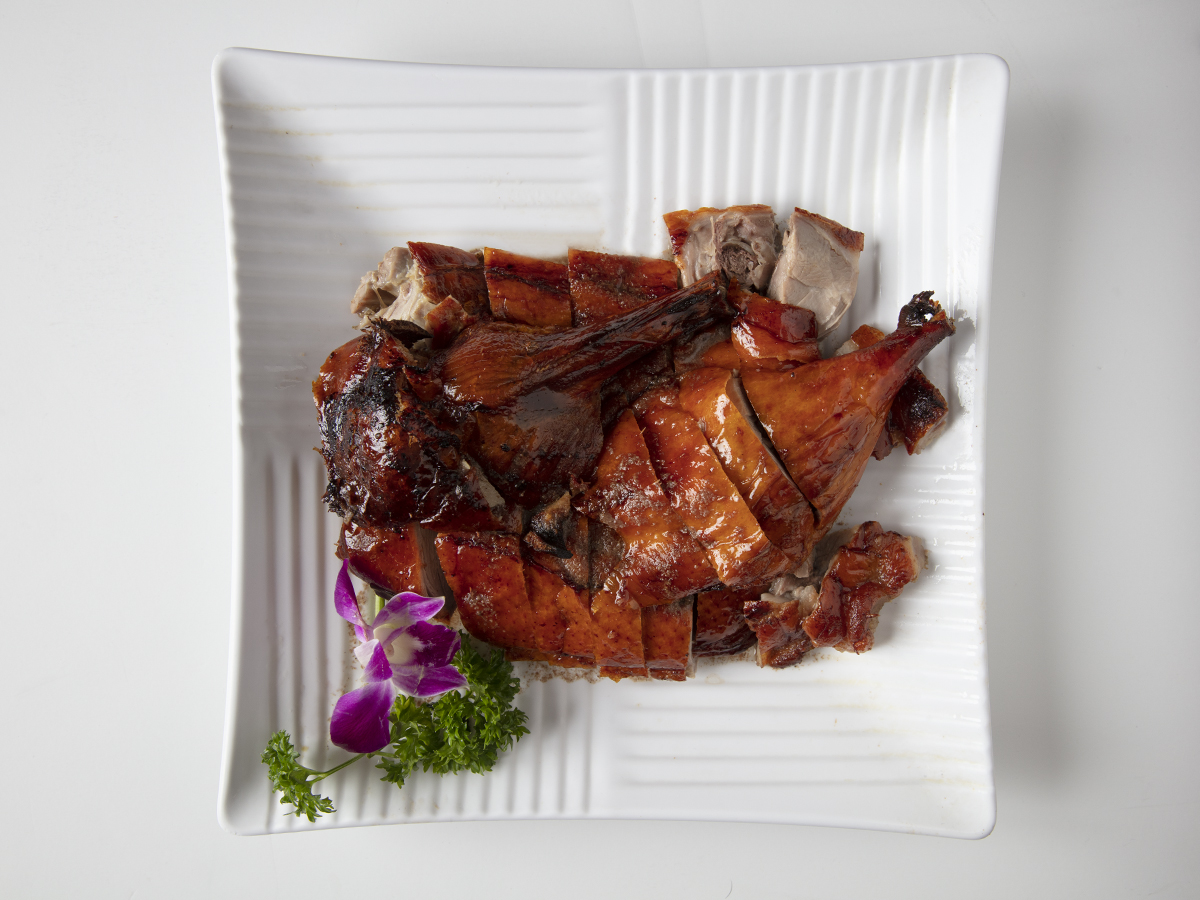 Without hesitation, Liu says the hardest dim sum dish to make is the shrimp dumpling. The rounds of dough are not rolled out but smeared into circles with the broad side of a cleaver. They must be thin, but not so thin they tear when folded around the filling. They’re folded only on one side, with a minimum of 10 pleats—more pleats signal the skill of the dim sum chef. 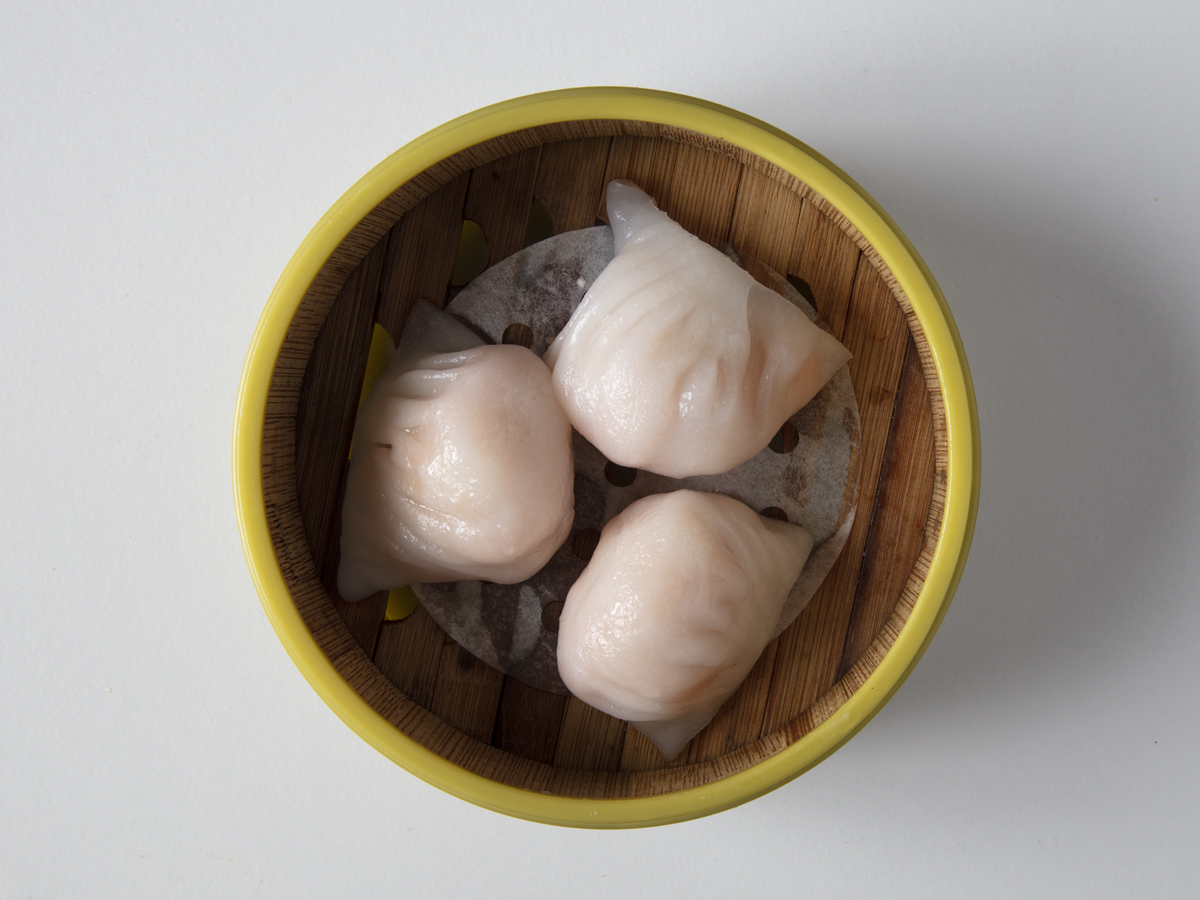 These green buns, which use a wheat starch dough similar to the har gow but rolled out with a wood rolling pin, are tinted with spinach juice and a touch of food coloring. Then they’re deep-fried, yielding a crisp and slightly chewy exterior. 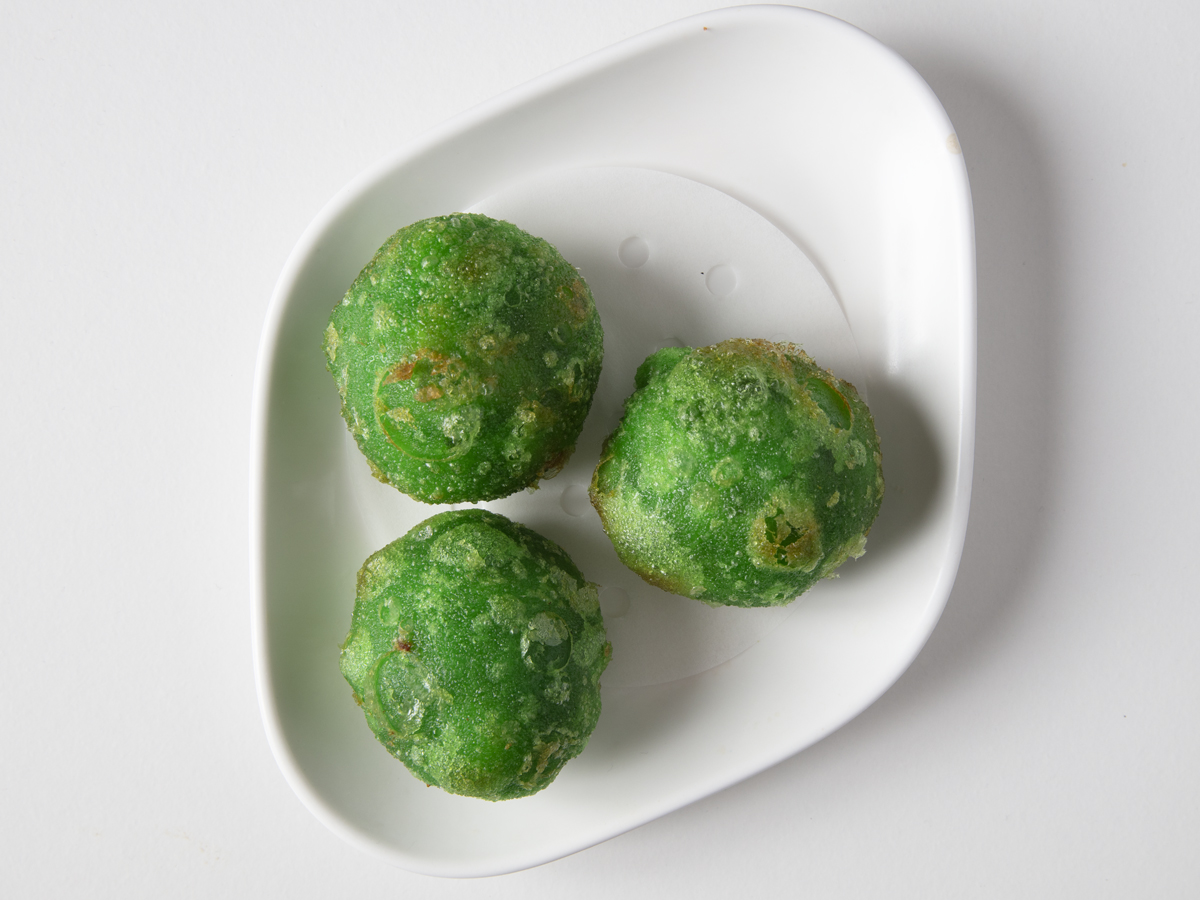 Made with the same dough as har gow, a single dumpling is filled with shrimp and scallops and served in a delicate broth infused with ginseng. 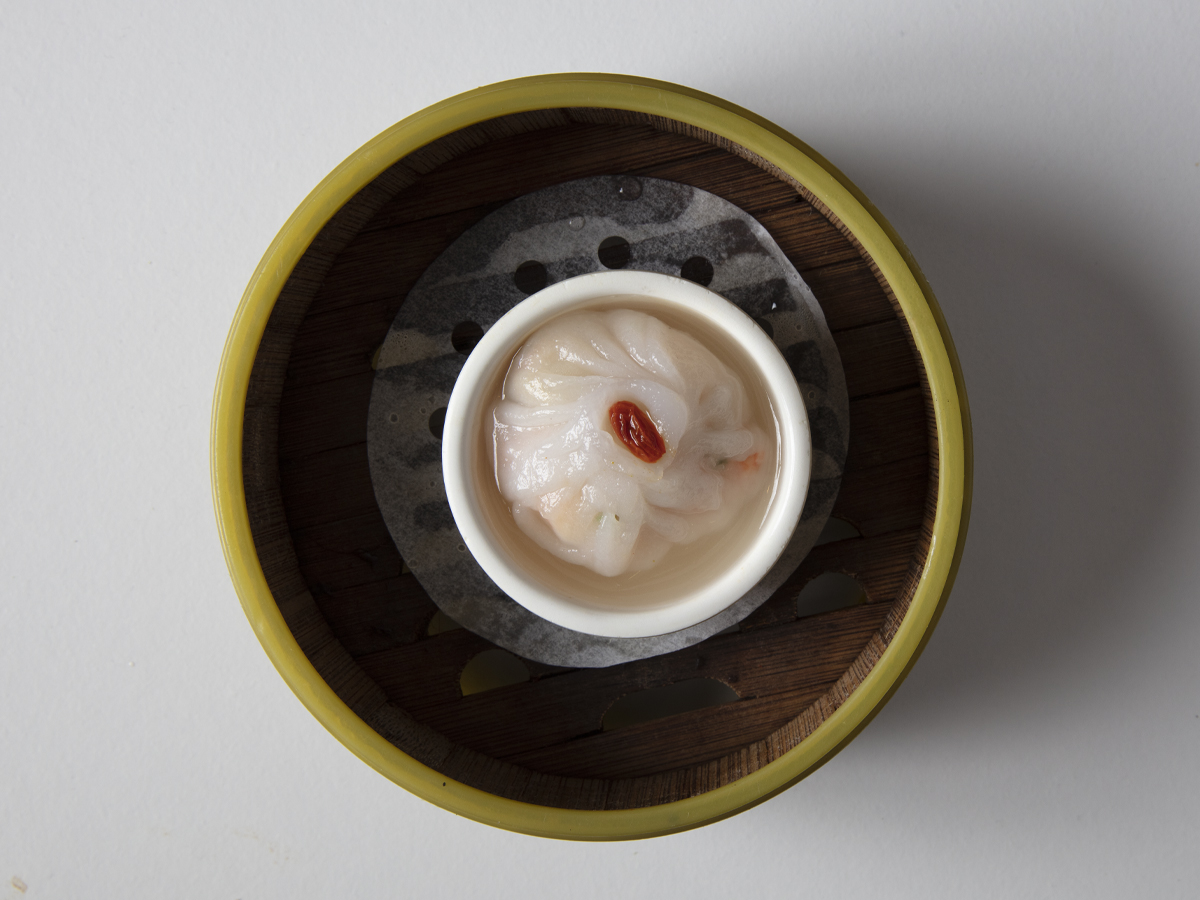 Taro is cooked and mashed and mixed with liquid chicken fat, then formed into a football shape around ground chicken and shrimp, placed on a rack and carefully lowered into the deep fryer, forming a lacy netting. 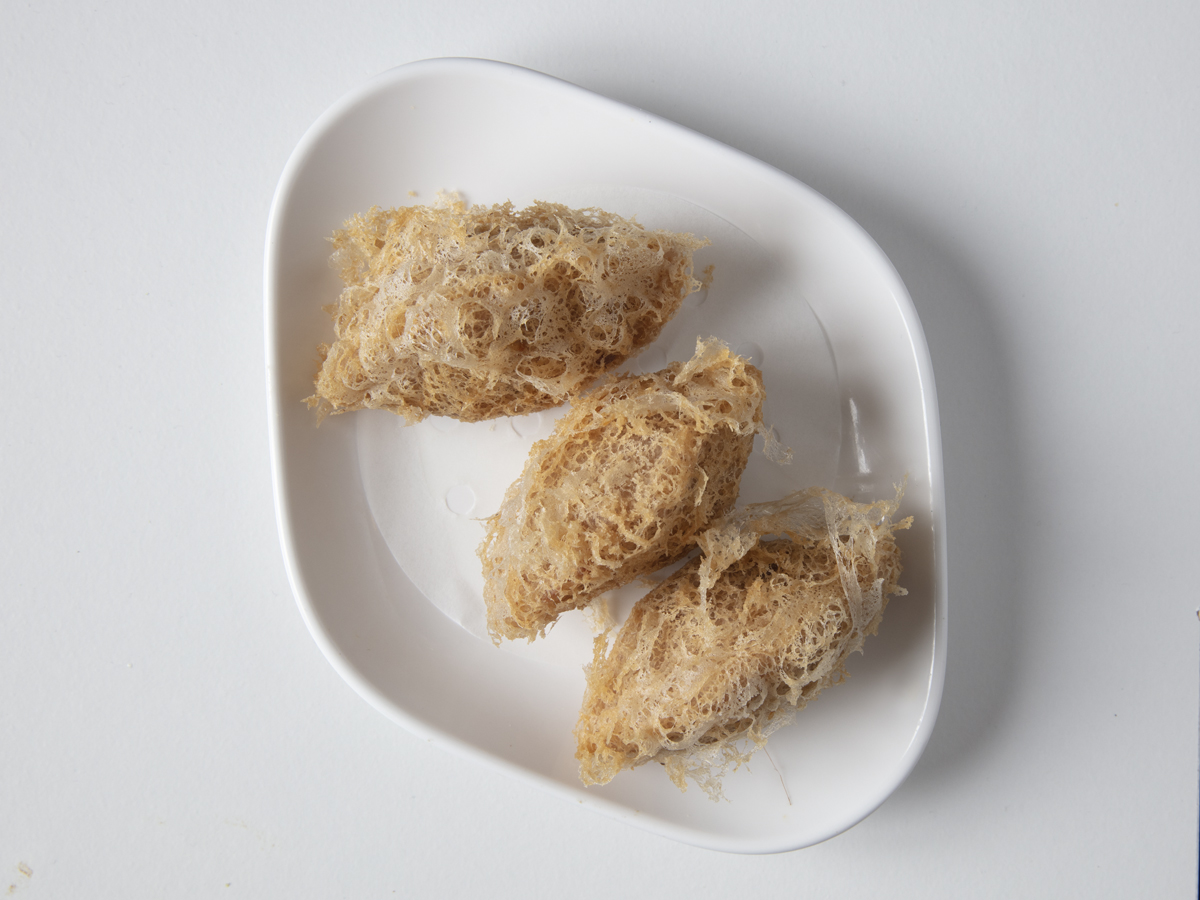 This is Jade Dynasty’s bestselling item, with more than 150 buns (three per order) served a day. This newer style of baked char siu bao features a bun frosted with powdered sugar and cream before baking. It emerges from the oven with a crumbly sugar crust. 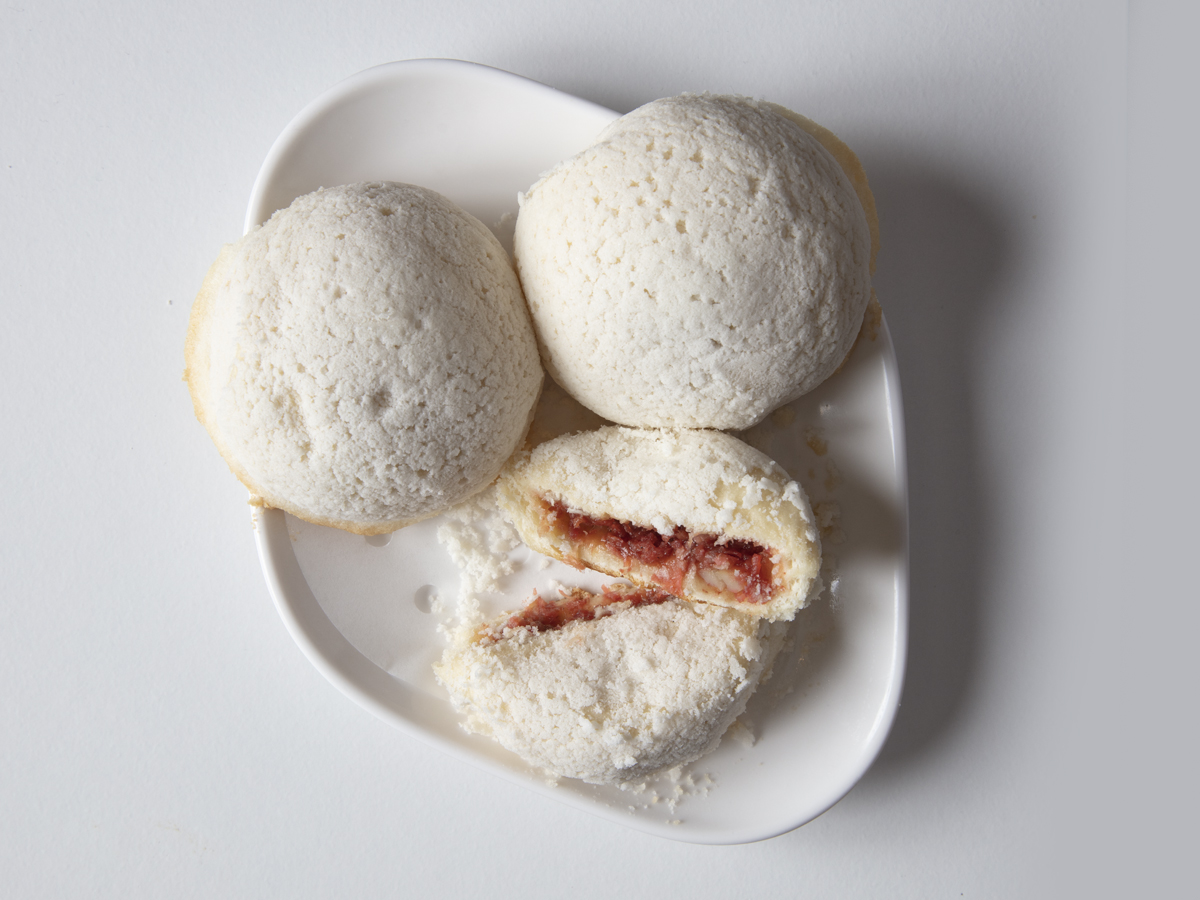 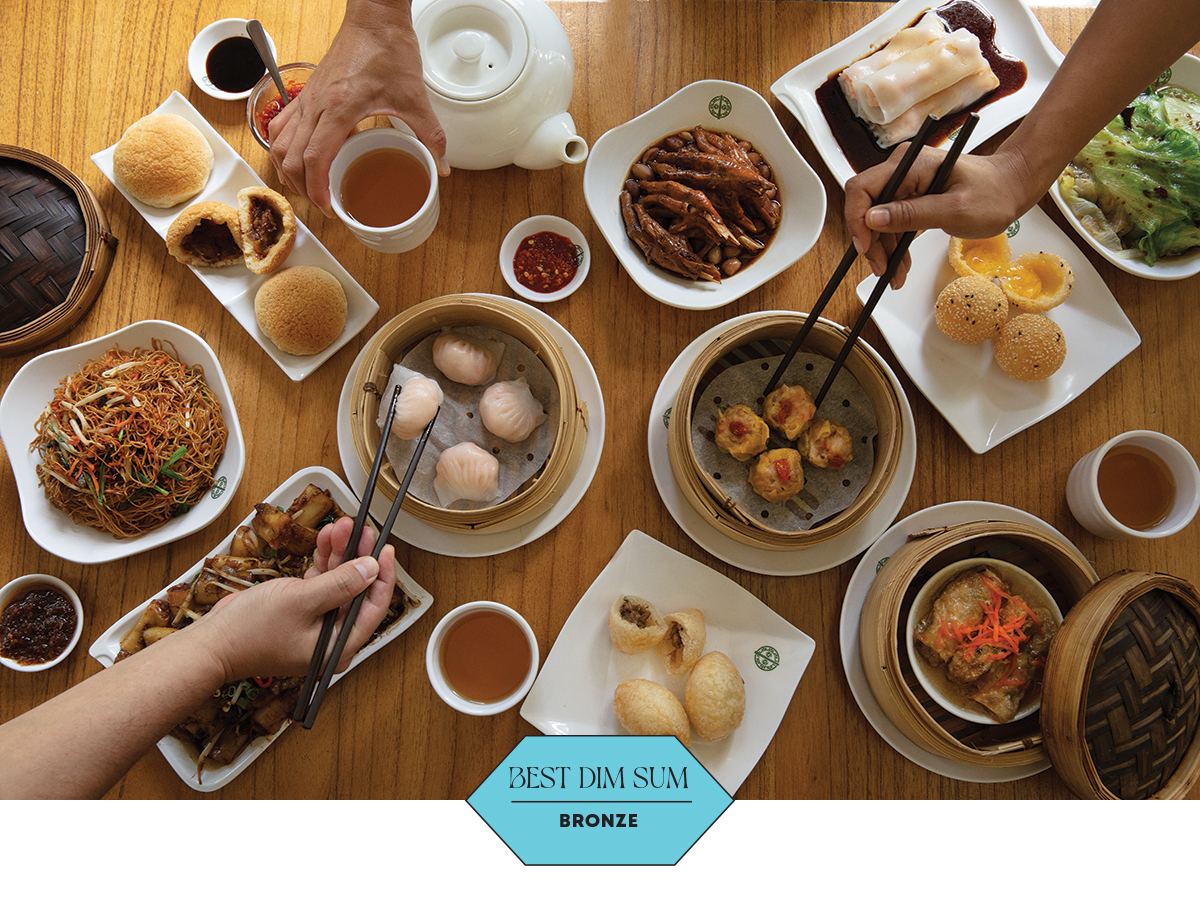 Tim Ho Wan, a chain that originated in Hong Kong, offers a tightly edited menu specializing in dim sum only, served from morning to night. The details shine here, from the suppleness of the wrappers to the slightly sweetened soy sauce available at the table. Jean-Pierre Choy oversees all the Tim Ho Wan kitchens around the country (and soon, Europe), opened by Japanese conglomerate WDI Group. The cooks at Tim Ho Wan Waikīkī are primarily from mainland China.

Unfilled rice rolls are stir-fried with a house-made XO sauce, a dried seafood and chile condiment. 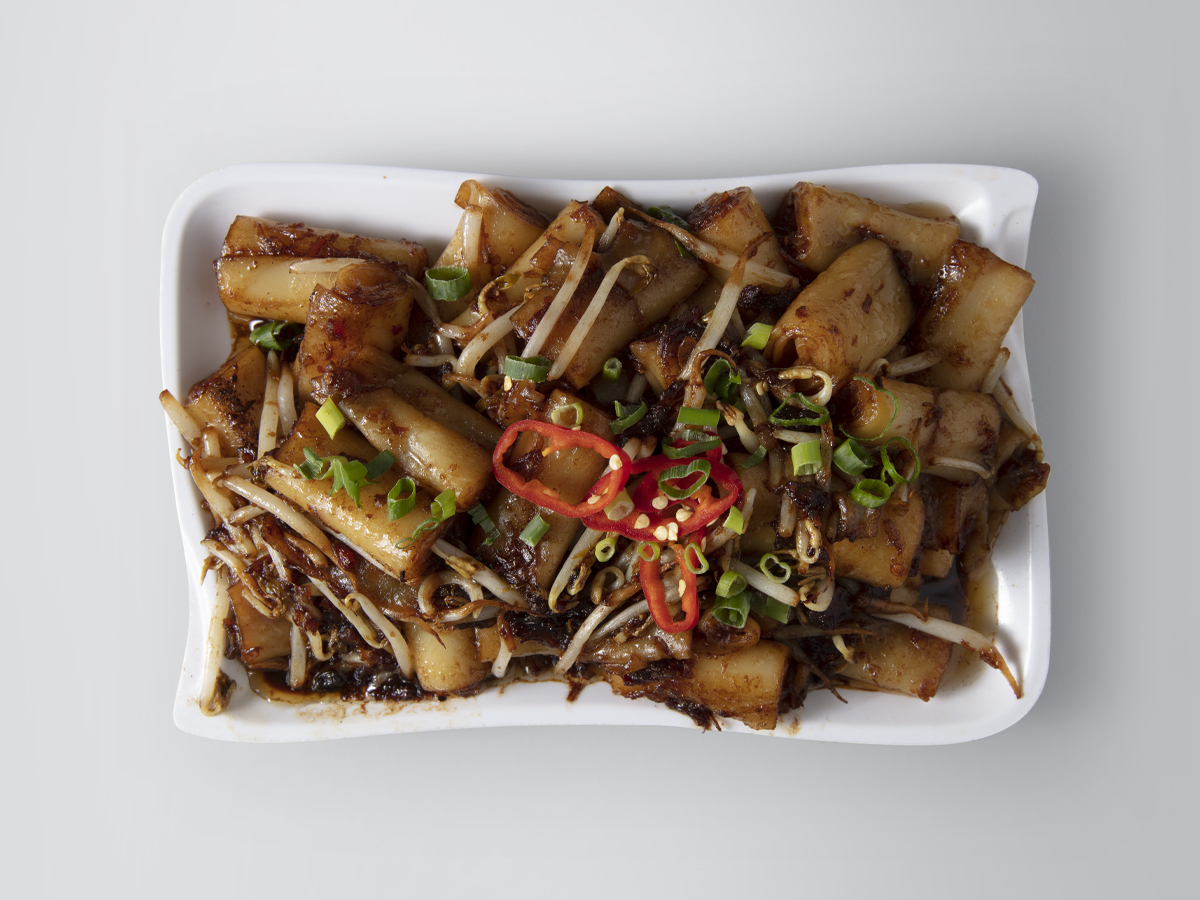 For these, a thin sheet of rice flour batter is poured onto a moistened cloth and placed in a special steamer. Immediately after steaming, and while still hot, the sheet is peeled off the cloth and tightly rolled around any fillings—beef, pork or shrimp—or left plain. 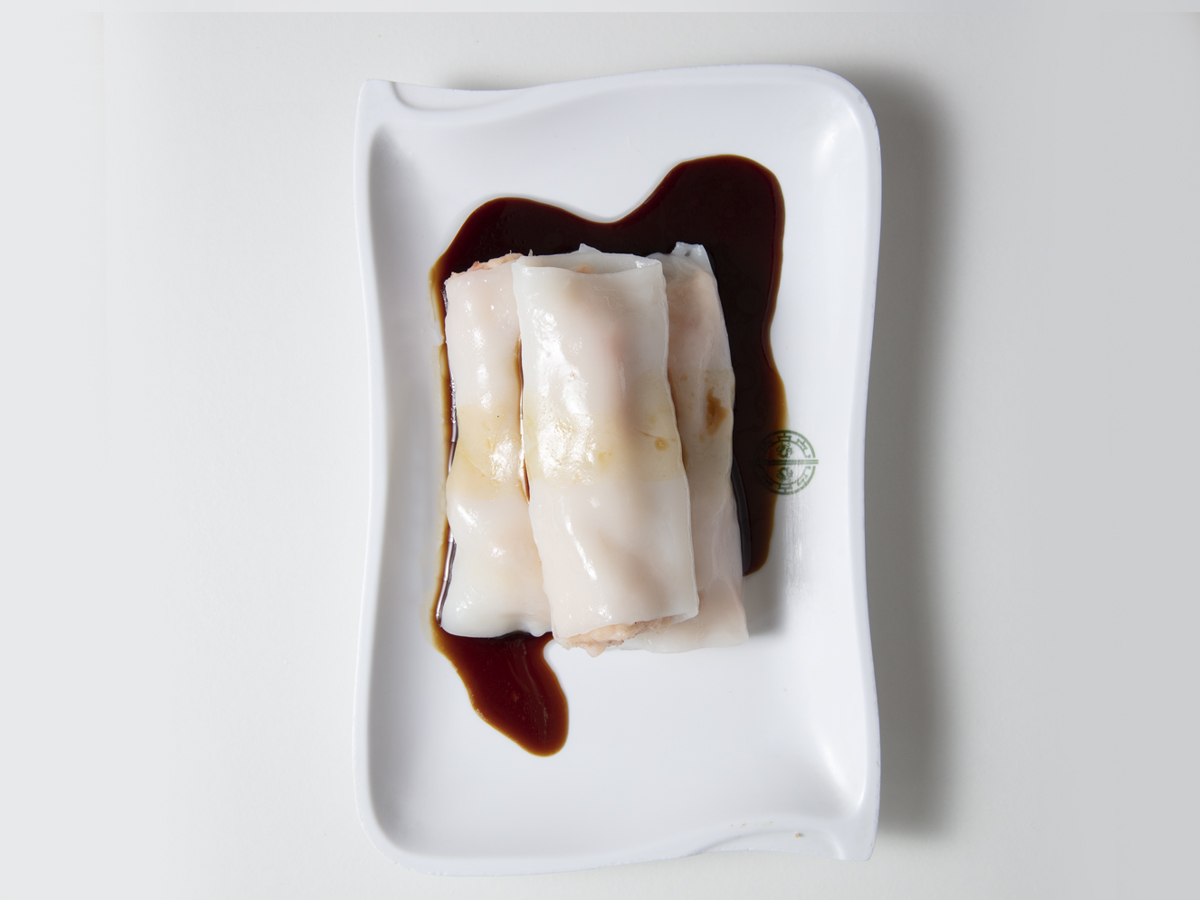 The cooks at Tim Ho Wan, like at Jade Dynasty, say the deceptively simple har gow is the most difficult dumpling, requiring the most technique, from the flattening of the wrappers to the folding. The filling, made with just shrimp and pork fat, is whipped for 30 minutes with ice cubes in an industrial-sized mixer to create a crisp succulence once the dumpling is steamed. The wrappers are made with a ratio of 14-to-1 wheat starch (not flour) to cornstarch. Different wrappers for different dumplings are carefully calibrated to create the right texture—the har gow dough, for example, is chewier than the softer shrimp and chive dumpling. 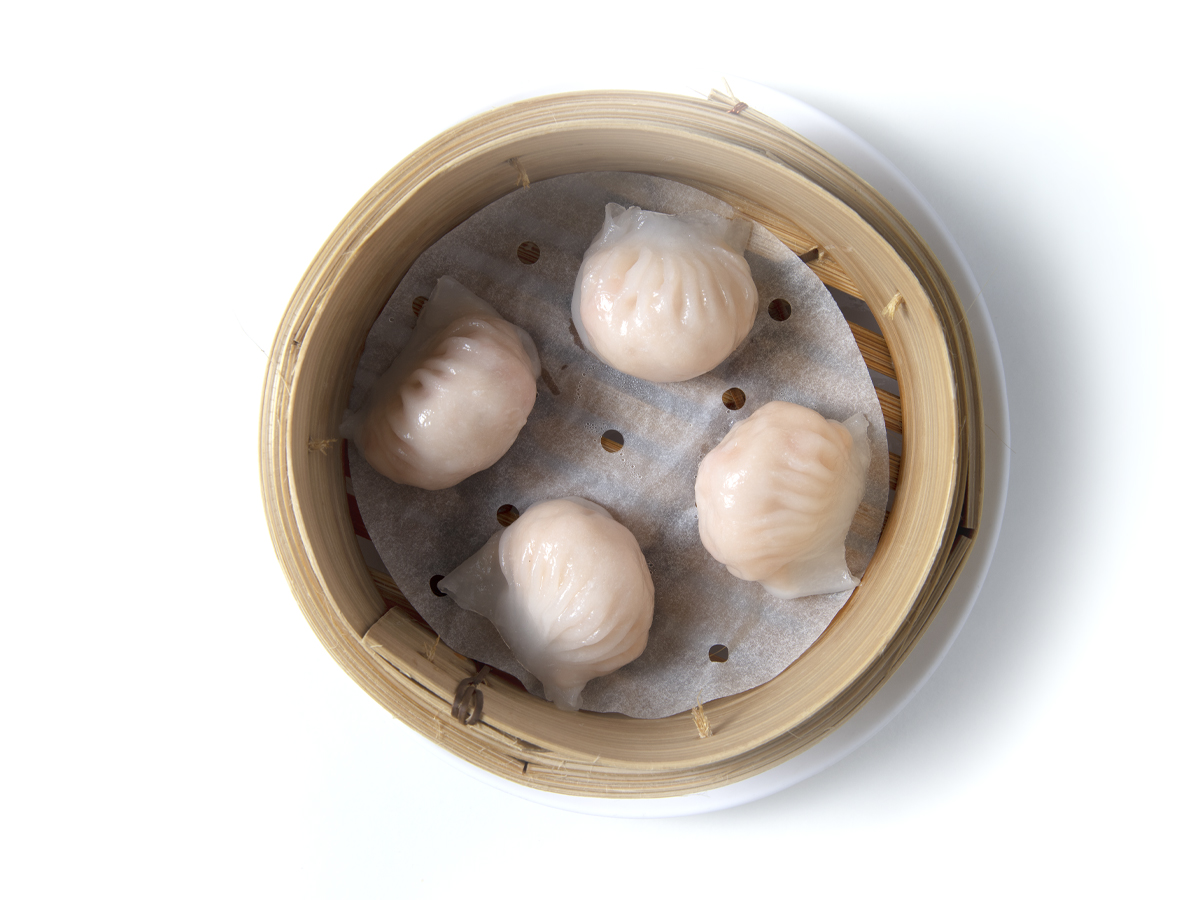 Chinese people don’t traditionally eat a lot of raw vegetables—this preparation will open your eyes to iceberg lettuce outside of the bun and wedge salads. 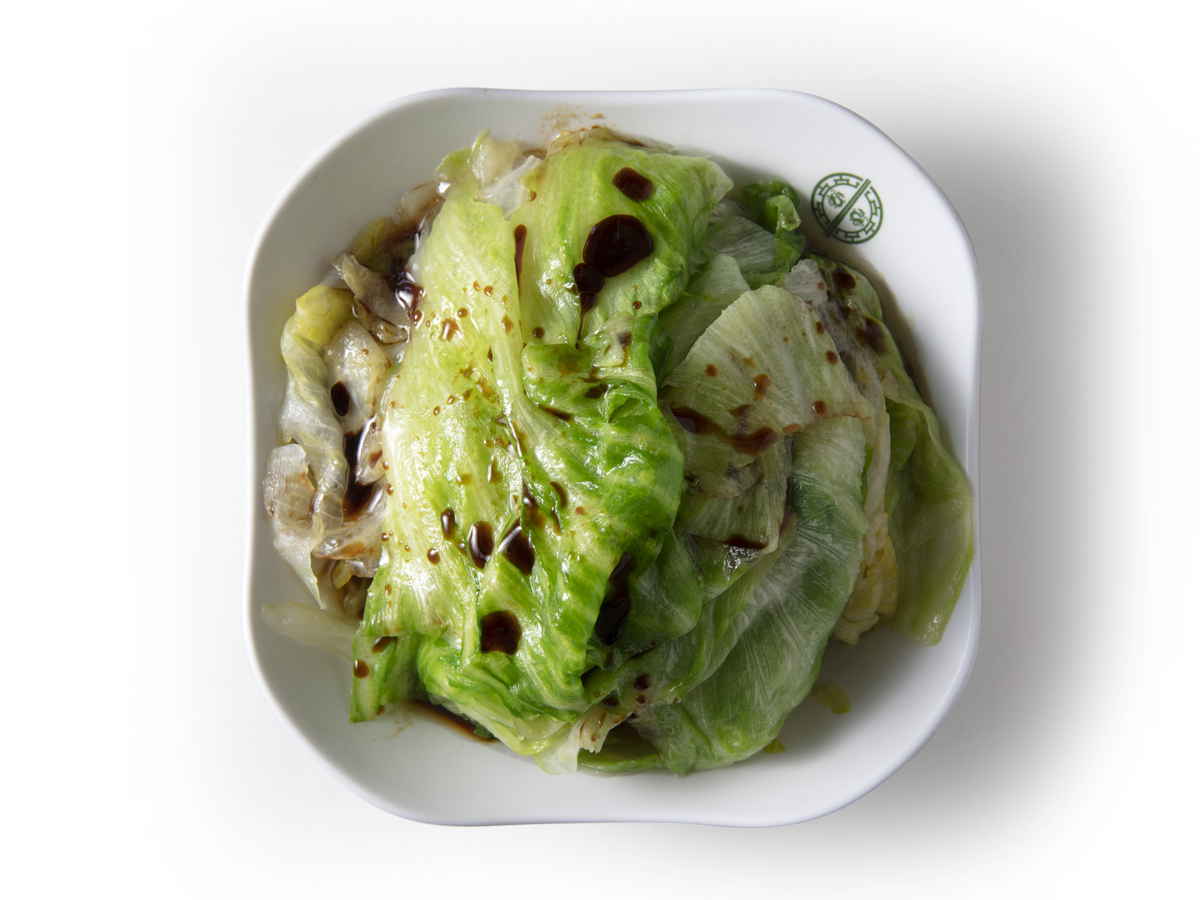 Tim Ho Wan’s pork bun also features a filling made with a house-made char siu that’s glazed with honey. The buns are crowned with a swirl of butter, sugar and eggs before baking—it melts over the entire baked bao, encasing it in a thin sugar cookie crust. 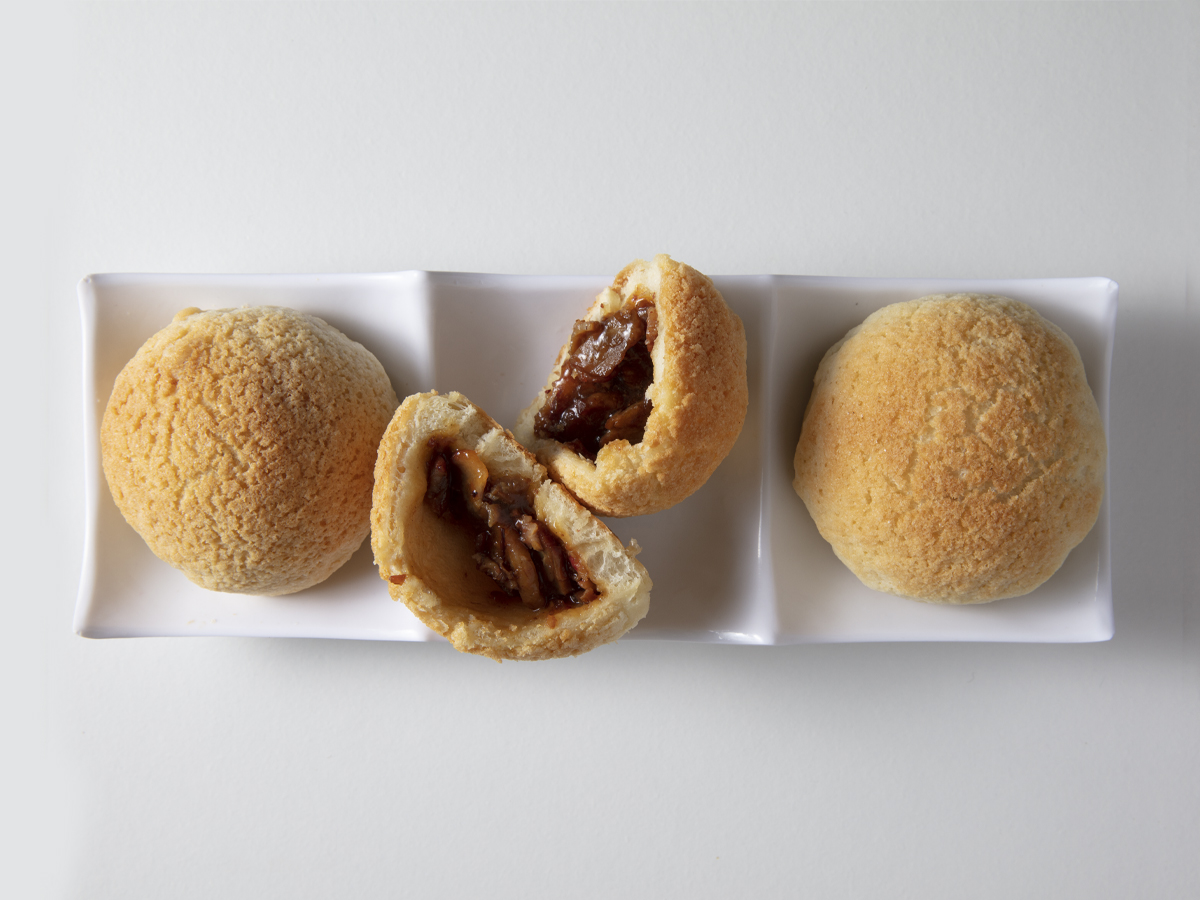 While almost everything is made in-house, Tim Ho Wan sources these thin noodles from Yat Tung Chow Noodle Factory in Chinatown. 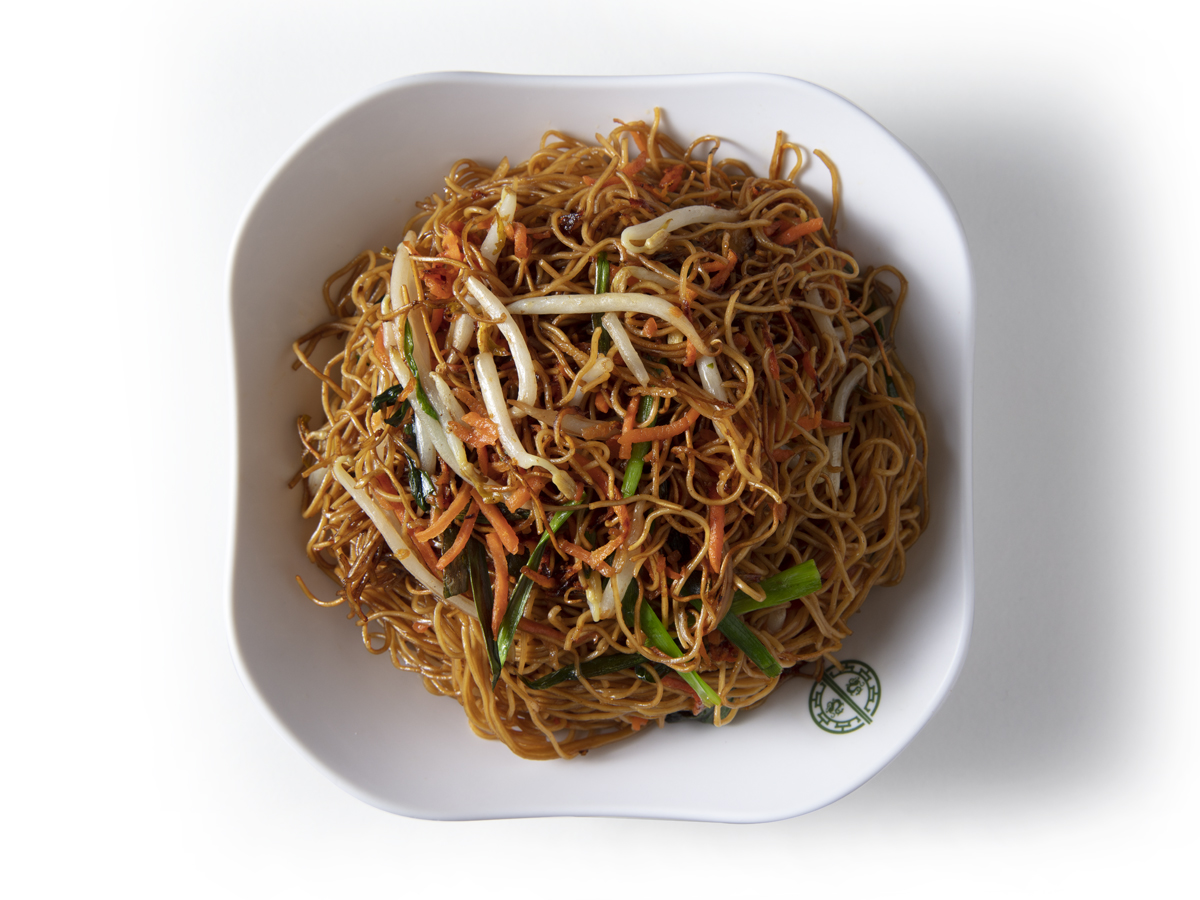