The History of Hawai‘i From Our Files: Secret Worshipping of Pele

The history of Hawai‘i from our files. 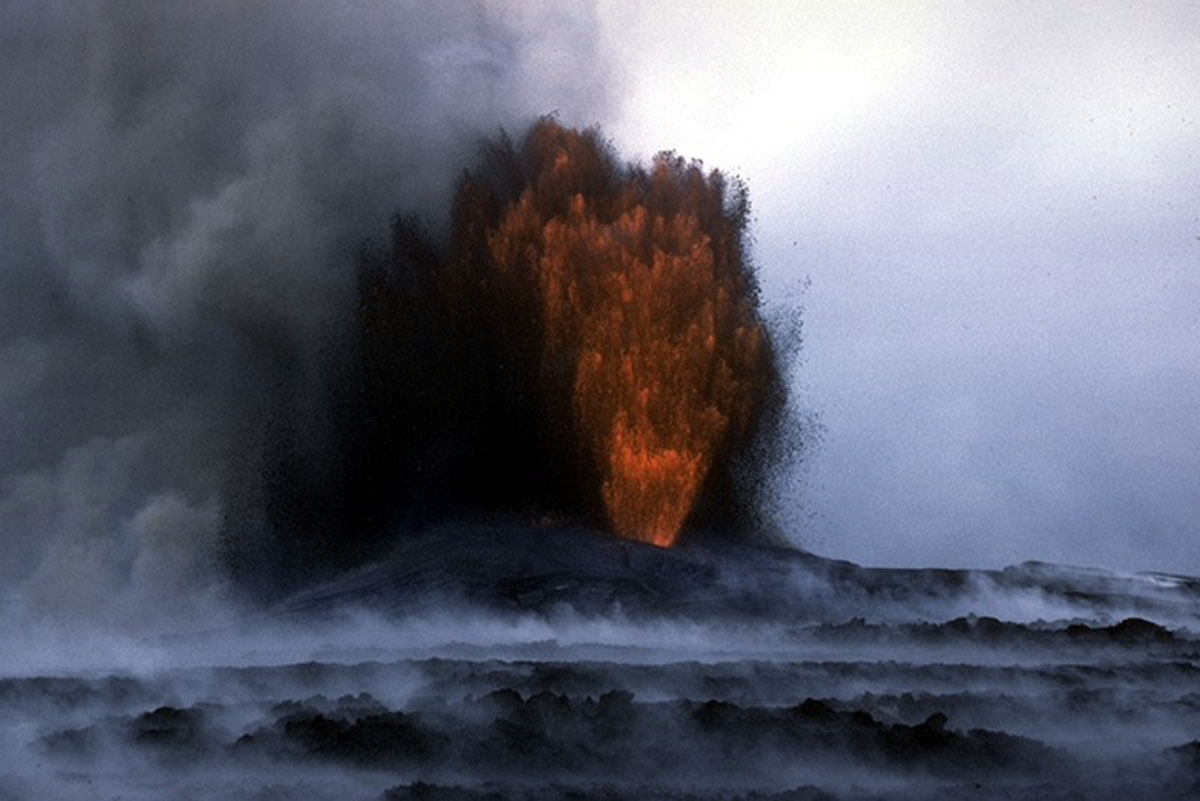 In 1990, the lava from Kīlauea took its most destructive path since the eruption in 1983. The town of Kalapana was destroyed and HONOLULU named Pele the Islander of the Year. The 1991 article also took a look at why some families were forced into hiding their practice of honoring the goddess.

“Pele lives. She smolders inside the red-hot chambers of volcanic craters. She flows in the lava that pours from heaving vents. She animates the steam that seethes below the surface of the land. To find her, go to Kalapana, where homes are being overrun by her streams of fire. The people will tell you: Pele is here. Go to Wao Kele O Puna, where her steam is being harnessed for energy. They’ll tell you: Pele is here. Go to Kilauea, where her molten magma is surging from the eruption at Kupaianaha: Pele is here. …

“There was a time when people dared not worship Pele, or any Hawaiian god, in public. It meant ridicule, or worse. Communion with the gods, dreams, visions—these were not subjects to talk about openly.

“Lynette Paglinawan remembers how it was: ‘Twenty, 30 years ago, if you started talking about these visions, people think you pupule. As a social worker I worked with families who told about visions—these were people known to the mental health clinics. And they were indeed locked up and sent to pupule house in Kane‘ohe.’

“Paglinawan was a social worker with the Queen Lili‘uokalani Children’s Center then. Now she’s director of the Hawaiian Culture and Arts Program. In the old days, she says, it was not easy being a true-believing Hawaiian. ‘Experience has taught Hawaiians it is not safe to talk about those forces which are not believable to those from a different world view.’

“Hawaiians who kept faith with their family ‘aumakua did so in secret. One person who had firsthand experience with the underground rituals is Palikapu Dedman, president of the Pele Defense Fund, the group spearheading the challenge to the geothermal effort. Dedman is of the Pele clan. When his grandmother was pregnant with his mother, he says, she had intense dreams about Pele, and so named her daughter Pele. His grandmother had the dreams again when his mother was pregnant with him. She gave him the name Palikapu-o-Kamohoali‘i—a cliff on Kilauea made sacred by Pele for her favorite brother, Kamohoali‘i. 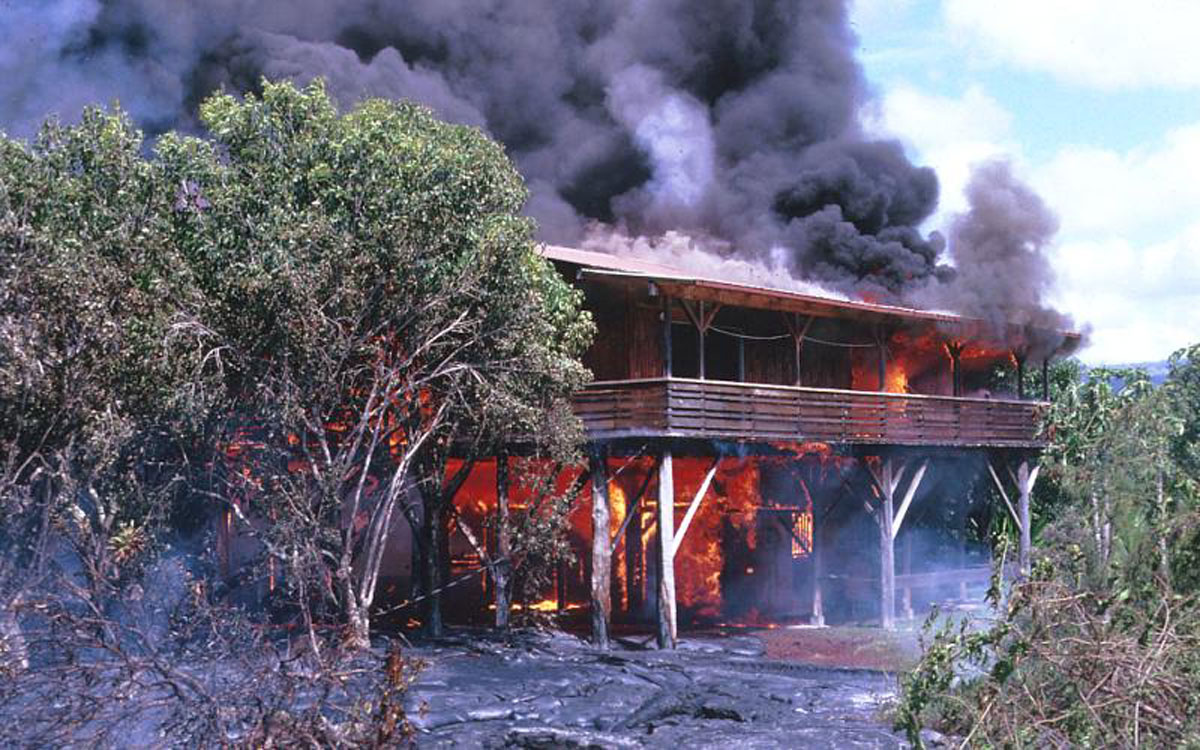 “When Dedman was growing up, he spent every summer with his grandmother on the Big Island. He remembers accompanying her regularly to Halema‘uma‘u to make offerings to Pele. ‘This was in the ’60s, when there were a lot of eruptions going on at Halema‘uma‘u,’ he says. ‘I used to see her do her own chanting, her own personal rituals. Never with other people. It was always by herself.’

“And it was always at night. ‘She used to go there at night because she was ashamed. There was this idea of Christianity that we were supposed to have forgotten these traditions. So you didn’t do them in public.’”

In 2018, fissures spewing lava destroyed more than 700 homes. Kīlauea is still active, with a lake of lava drawing visitors in late December 2020. 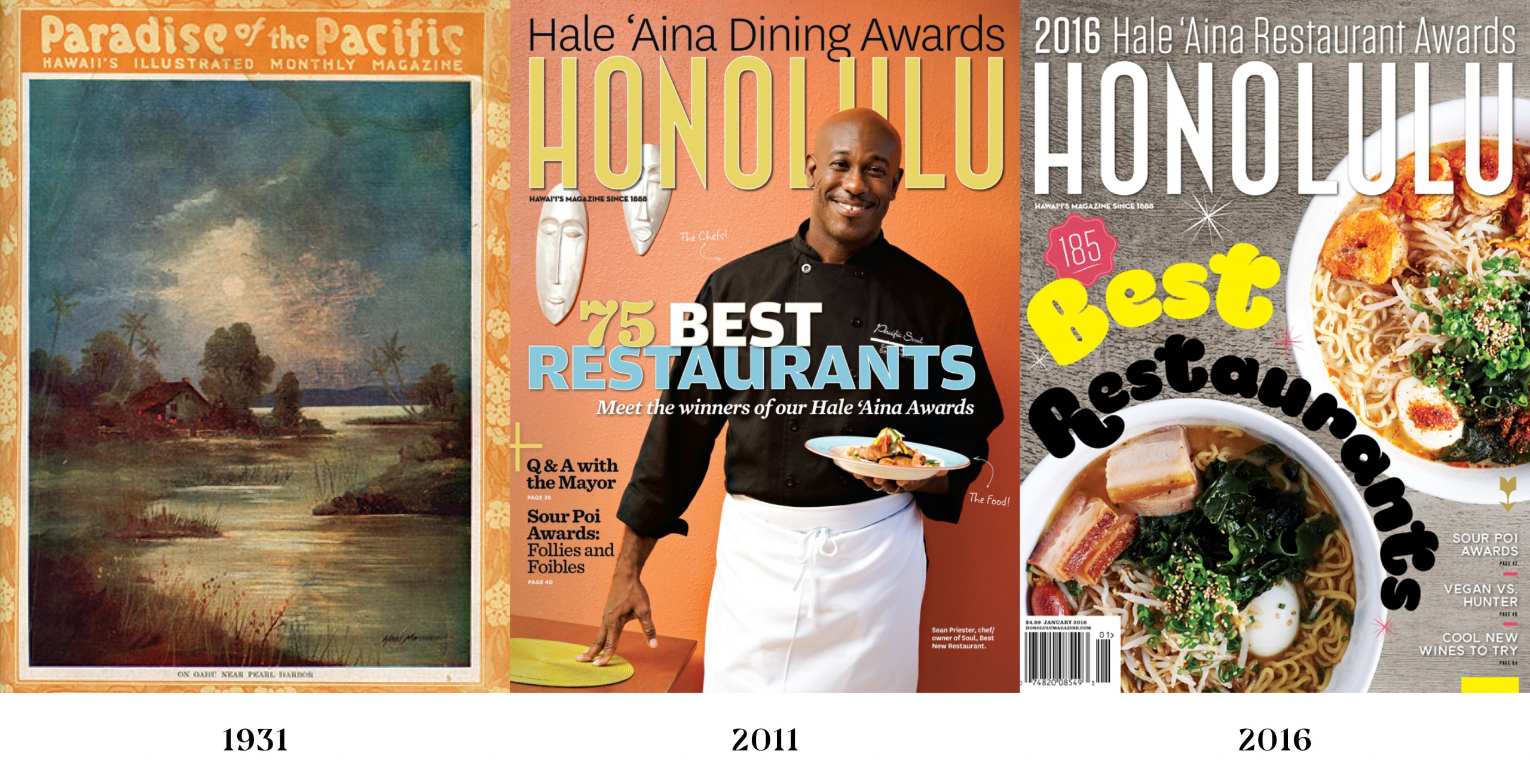