The History of Hawai‘i From Our Files: Cruise Ships Return After World War II

HONOLULU Magazine emerged from predecessor Paradise of the Pacific, which began in 1888, fulfilling a commission by King Kalākaua. That makes this the oldest continuously published magazine west of the Mississippi with an enviable archive worth diving into each month. Here’s a look back at July 1946. 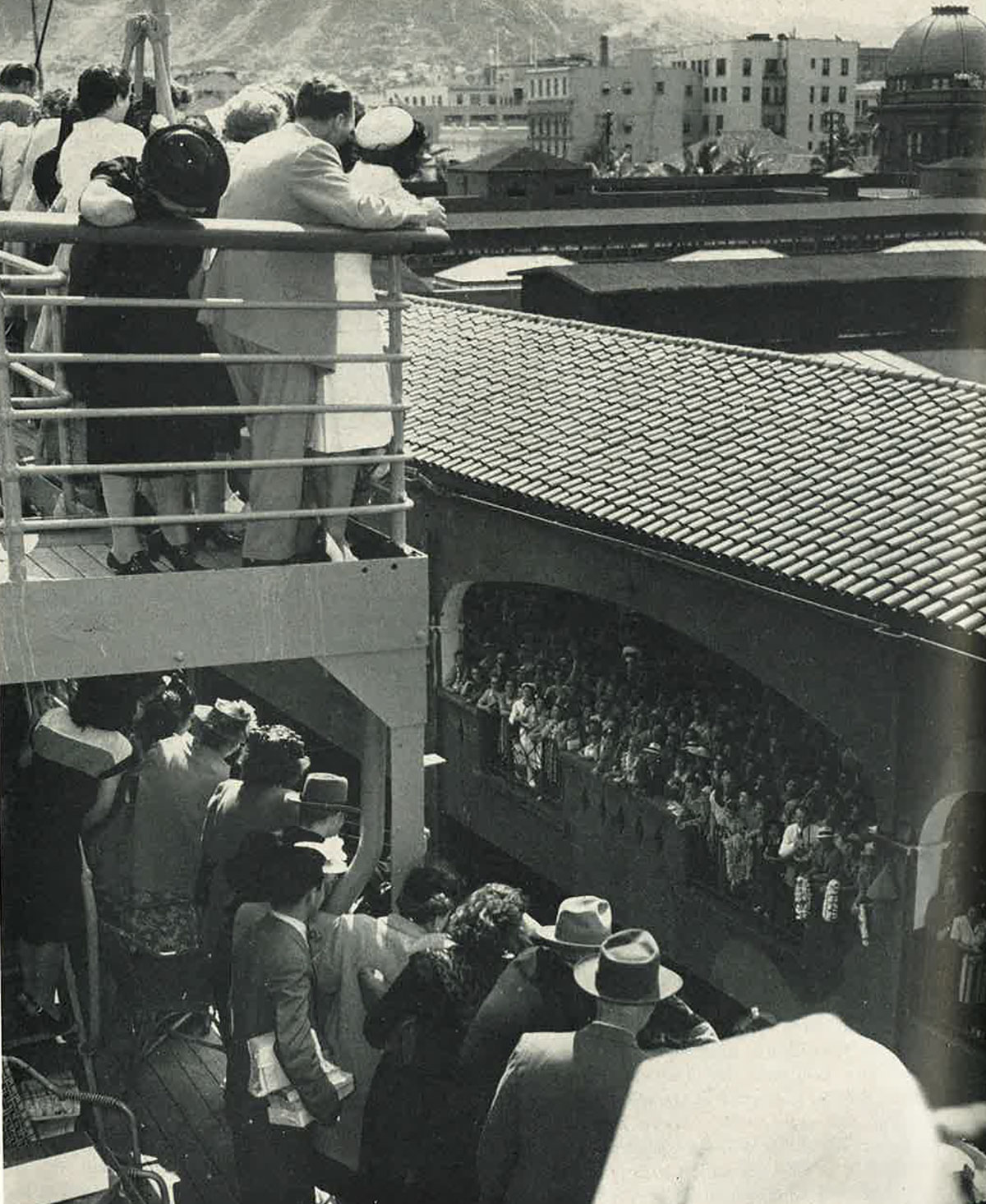 The headline boasts “Gaiety and Laughter” as the Matsonia cruise ship arrives at Honolulu Harbor. It’s an ebullient greeting for hundreds of passengers aboard the first cruise ship to arrive since the passages were paused during World War II.

“The Royal Hawaiian Band was on hand … residents down to welcome arrivals were again permitted on the upper deck of the passenger pier … leis were seen in profusion. About the only thing missing was the Matsonia’s gleaming white hull; although partially reconverted to her peacetime appearance, the hull remained a wartime gray.”

The 693-passenger Matsonia is one of the signature passenger liners owned by Matson Navigation Co. in the late 1930s, acquired along with 33 Matson freighters by the military. Restoring the once luxury liners proves costly and in the decades to follow, Matson eventually sells its hotels, including the Royal Hawaiian Hotel and Moana, and passenger vessels to focus on shipping containers. However, some of the cruise liner names have resurfaced. In 2020, Matson receives the Matsonia and Lurline containerships, which the company says are the largest vessels of their kind built in the U.S.; they measure 870 feet long, 114 feet wide.