Honolulu Magazine helps you find the dentist you need, whether it’s for a routine checkup or more specialized work. Everyone on this list comes highly recommended by other dentists, who know the work of fellow professionals. 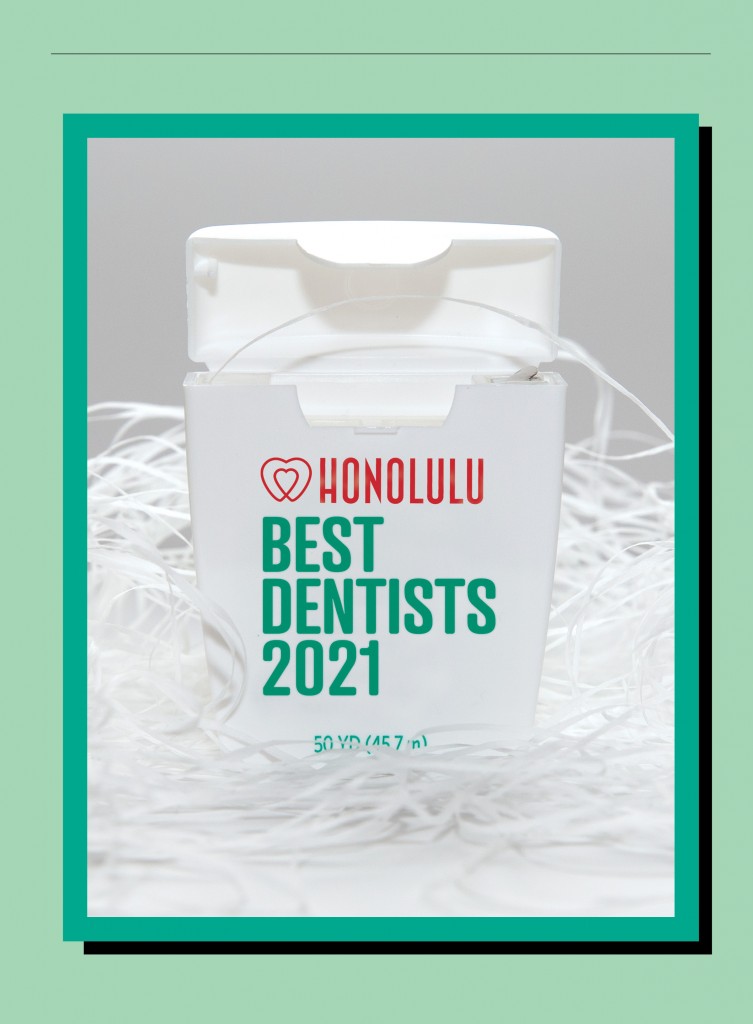 PRS contacted more than 3,000 licensed general dentists, dental specialists and referring physicians (including family medicine, oral and maxillofacial surgery, pediatrics, head and neck plastic surgeons) in Hawai‘i and asked them which dentists they would recommend across seven geographical areas within the Islands. Each dentist was allowed to recommend up to three colleagues in each given dental specialty. Once the ballots were complete, each nominee was carefully evaluated on the basis of the survey results, the legitimacy of their license, and their current standing with the Hawai‘i Dental Board. Dentists who received the highest number of votes in each specialty are reflected by specialty and in alphabetical order.

Voting was done online in the summer of 2020. Dentists who visited the site were instructed to vote by clicking on a nomination field and selecting a dentist, organized by specialty. All licensed dentists in the state were available for selection. Dentists were able to recommend up to three colleagues in each given dental specialty and were able to manually nominate three physicians if they did not appear on the drop down list. Respondents were allowed to modify their ballots until the closing date.

The professionals listed were selected by their peers in a survey conducted by Professional Research Services of Michigan. If you notice any errors, please contact Sofia Shevin at sshevin@hour-media.com. For more information, visit prscom.com.