The 2020 Sour Poi Awards Present: The Day That Never Ends

Tales of weird, wacky and wild news you may have missed. The best of the worst of 2020. 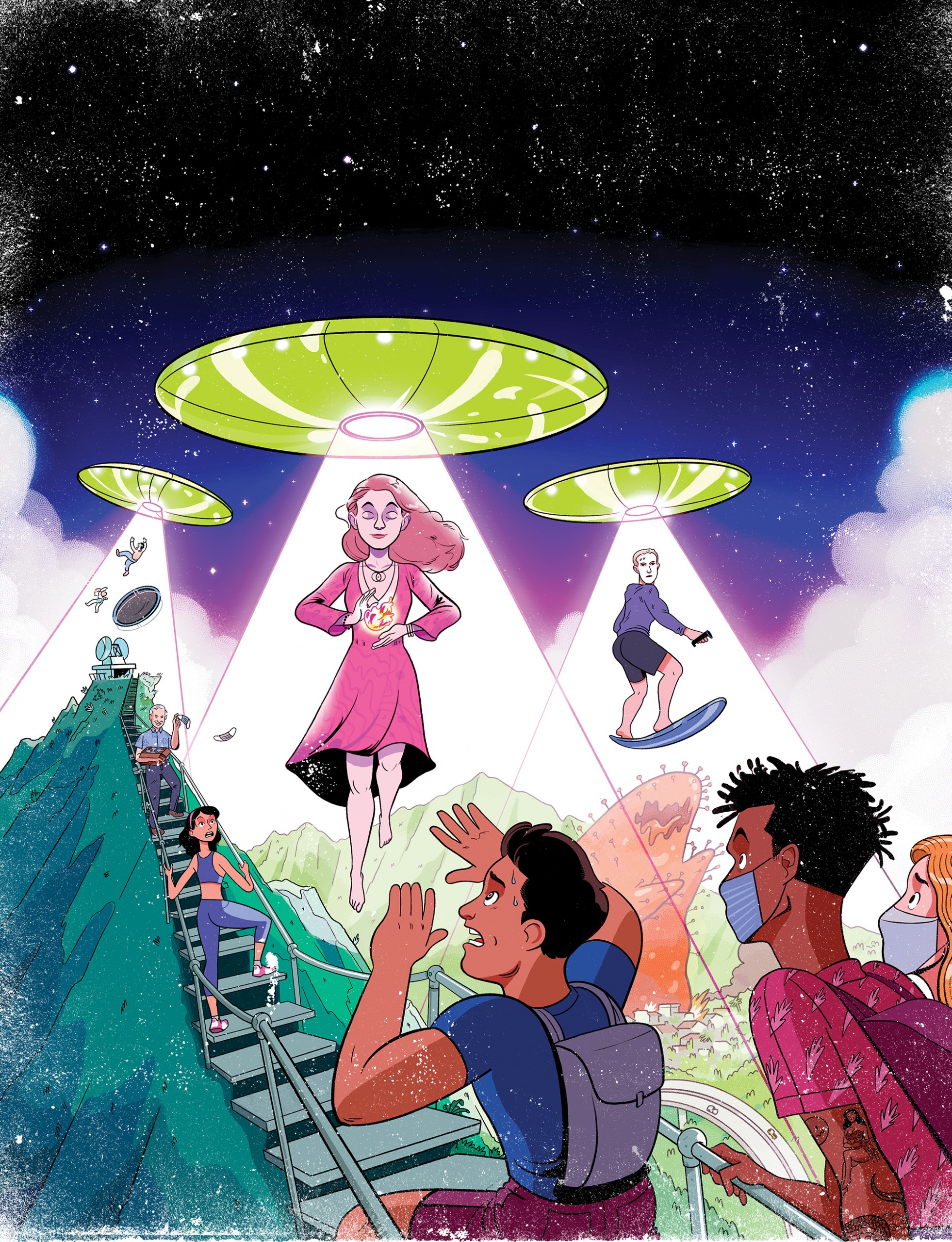 Consider 2020. Someday we may look back on the year as a long, strange trip that ultimately brought us something positive. But not yet! It’s too soon to come to terms with a year that feels like a mix of Groundhog Day and a vintage horror movie we would call The Day That Never Ends. First came hoarding of rice, Spam, toilet paper, then shortages of yeast, hand weights, potting soil, even kiddie pools. Our lives reeled with pandemic lockdowns, distance learning and an ever-shifting new normal, bookended by doom-scrolling on phones and endless Zoom meetings. So, in keeping with the off-kilter nature of a calendar year we’re happy to close, we present the latest edition of HONOLULU Magazine’s Sour Poi Awards. Here, we focus on news that’s sure to make us roll our eyes. Yes, we obsessed over COVID-19, but government officials, cults and other zany news events delivered us great material for our annual opportunity for irreverence. And, yes, we know sour poi tastes better than fresh to many people, so here’s hoping our backward glance is a taste you’ve also acquired.

Strange lights keep appearing in the night sky. Residents from Waikīkī to ‘Ewa Beach have reported moving lights around 10 p.m. on several occasions, the latest in October. Some describe the phenomenon as a large transparent airplane, others think it’s a meteor shower or has extraterrestrial origins. Earlier reports are traced to SpaceX Starlink satellite movement but out-of-this-world theories abound. 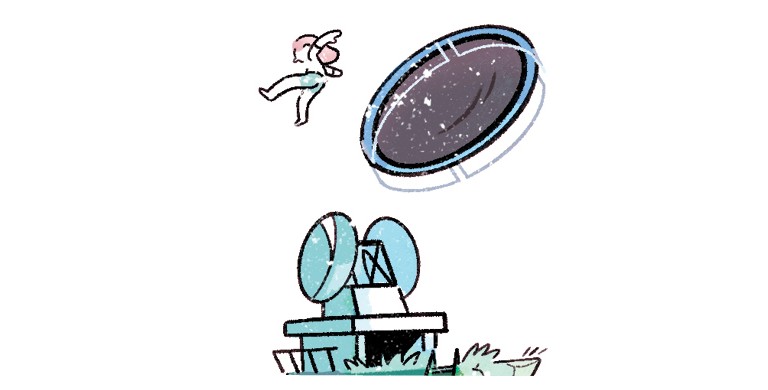 How’d that get here?

Social media buzzes when hikers post photos of a very large trampoline they set up, piece by piece, at the top of the off-limits Ha‘ikū Stairs.

Mark Zuckerberg, Facebook billionaire who rankled Kaua‘i residents with some of his legal maneuvers to safeguard his sprawling compound, rides an electric foil surfboard while wearing so much sunscreen that the photos spawn worldwide memes. Social media jabs compare the billionaire to Joker, Batman’s nemesis; a shape shifter; a reptile shedding its skin; and an evil mime.

U.S. Surgeon General Jerome Adams, who flew to Hawai‘i with millions of dollars in testing resources, is cited with an aide for being in a closed park when he snaps a few photos of the beautiful coastline at Kualoa Regional Park. His attorney says Adams didn’t realize emergency orders prohibited a stop in the park and asks for a jury trial, now scheduled for March.

Remember Sandwich Isles Communications, the Hawai‘i company that provides internet service to 3,600 people living in Hawaiian homestead communities? Business entrepreneur Albert Hee starts the company in 1995, is convicted of criminal tax fraud in 2015 and serves nearly five years in federal prison. In September 2020, the Federal Communications Commission issues one of its largest fines, $49.6 million, to Hee and his companies. The FCC says that for years, Hee used corporate funds to pay “numerous personal expenses for himself and members of his family, including more than $90,000 to his personal masseuse, family vacations to Europe and the South Pacific, his children’s college tuition, vehicles, and inflated salaries for his wife and children.”

The owner of a Japanese fishing vessel is on the hook for the largest criminal monetary penalty for a U.S. shark finning case. Crew members of the Kyushin Maru No. 20, a tuna boat, are discovered with more than a hundred shark fins in their checked bags, worth more than $57,000 on the black market. Parent company Hamada Suisan Co. Ltd. agrees to pay a fine of $126,000, forfeit $119,000—the value of the vessel—and a three-year probation. 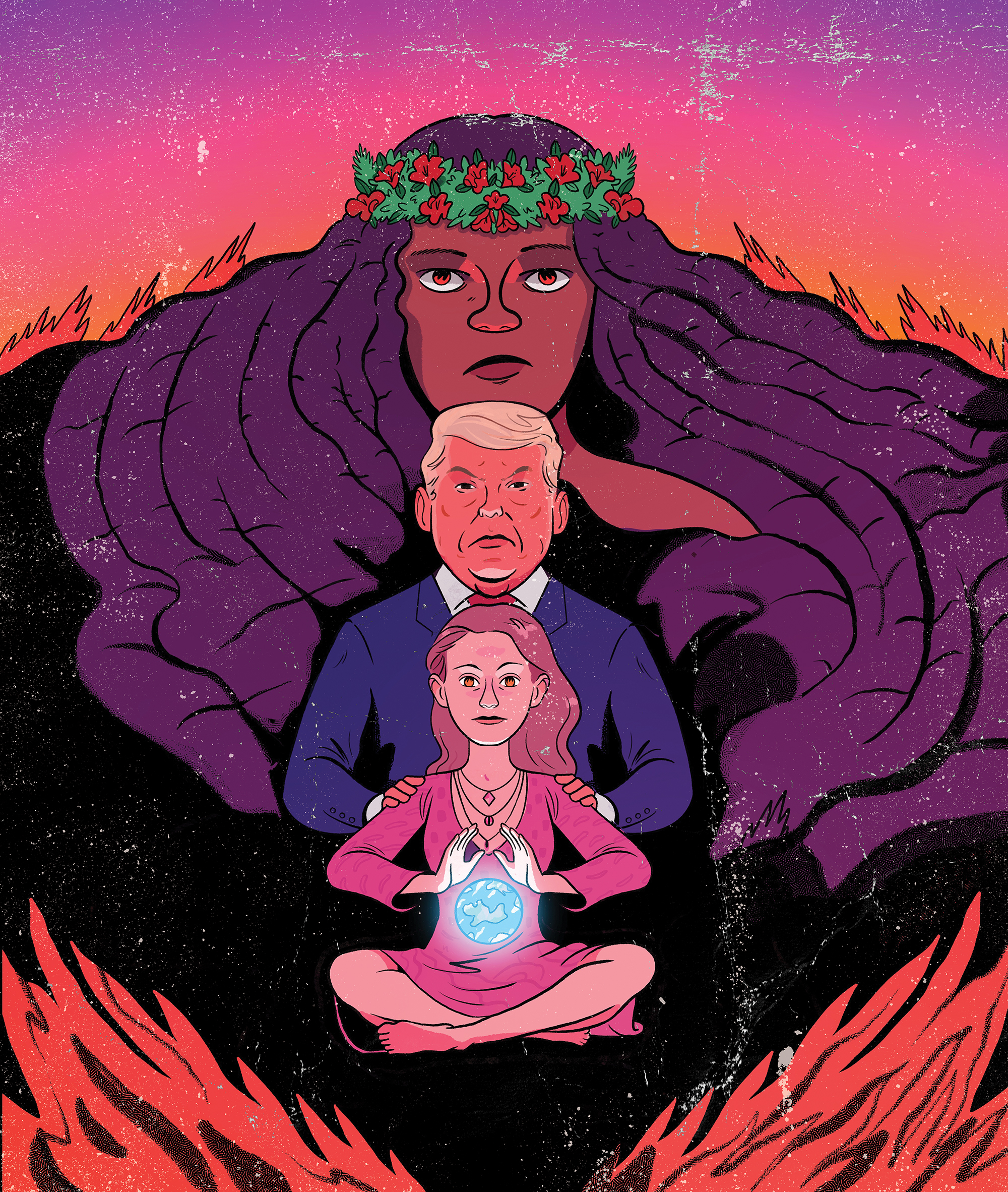 Two controversial cults are pressured out of the Neighbor Islands. On the Big Island, the self-proclaimed Carbon Nation leader and his group of 20 go to the beach shortly after arriving in Hilo rather than quarantine. Then neighbors learn the group, which says it embraces polygamy and nudism, has been booted out of several countries. On Kaua‘i, the Colorado cult Love Has Won is led by a group “mother god” who describes herself alternately as volcano goddess Pele, Donald Trump’s child and a native of a lost continent. A video of her swearing and appearing to spit on a cat also leaves residents yowling for the group to get out.

Visitors and residents get outed by virtual posses when they flaunt quarantine restrictions while also inexplicably posting their antics on social media. They include:  Kilomana Danner, who unsuccessfully ran as a Republican candidate for Hawai‘i state House; and TV personality Tiny Tadani who posted photos of a trip to Las Vegas, then two days later eating dinner at a Honolulu restaurant. Doh!

Just when you think Honolulu’s rail project can’t get more expensive or delayed, the troubled transit system makes another change. In November the city tells federal officials that it may take an additional $1.1 billion and eight more years to complete. That would raise the estimated total cost to $10.2 billion plus another $1 billion in financing with completion extended to 2033. 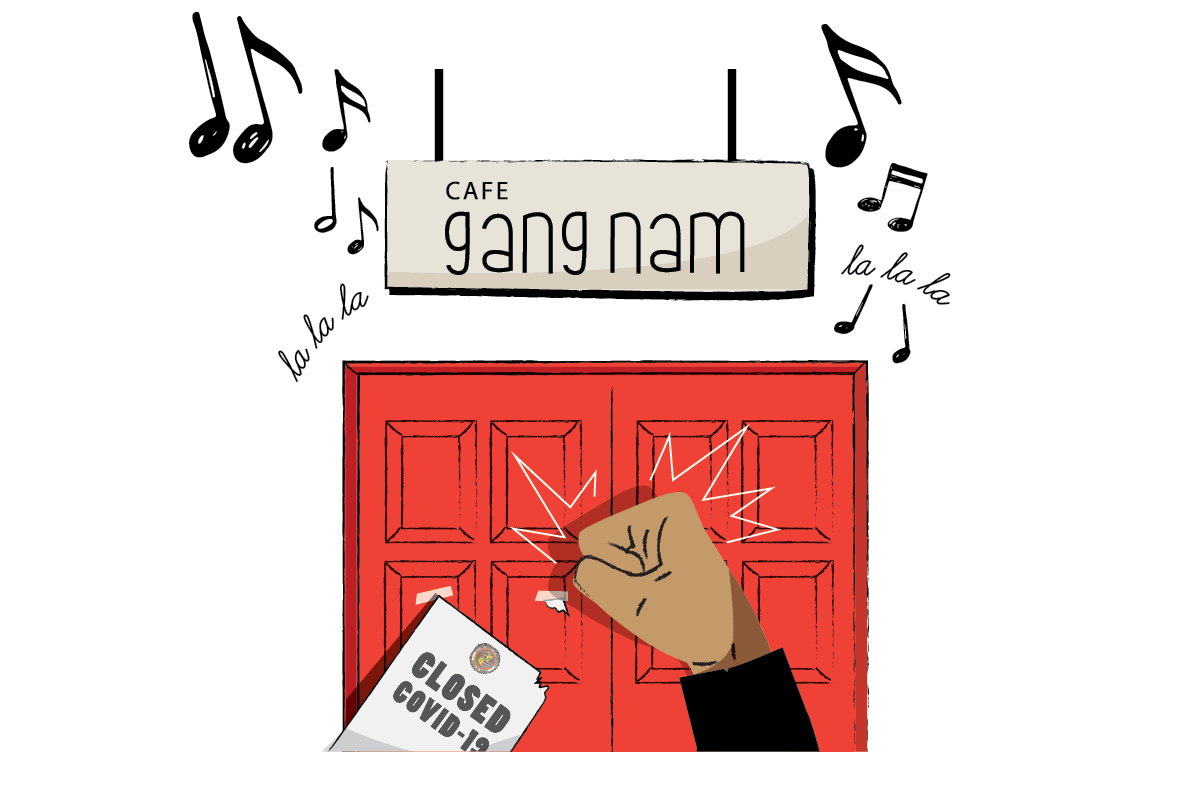 In July, investigators from the Honolulu Liquor Commission respond to a call that Café Gangnam has violated pandemic restrictions by serving liquor after hours. They find the door locked with customers clearly singing inside, ignoring the investigators knocking on the door. The café is ordered closed for 24 hours. We still don’t know the name of the last song.

Who was that masked man?

It’s hard to know where to begin on the local government response to the coronavirus crisis. Gov. David Ige’s cautious pace has been compared to the slowest creatures on the planet. He relies on Lt. Gov. Josh Green, not at all at first, but then puts the doctor in charge of testing and tracing, even as Green gets the virus (and blames his security detail for giving it to him). After a leadership turnover at the Health Department, lawmakers and community leaders still ask for action, clarity, even what the Hawai‘i mask policy is. Still confused? Read the latest lengthy emergency proclamation.

Maui’s appointed prosecutor is removed from office after county employees testify that Don Guzman has displayed a pattern of abuse that includes enraged yelling, swearing, demeaning comments, threats and incidents dating back to 2015. Guzman denies abuse but cites the stress of COVID-19. 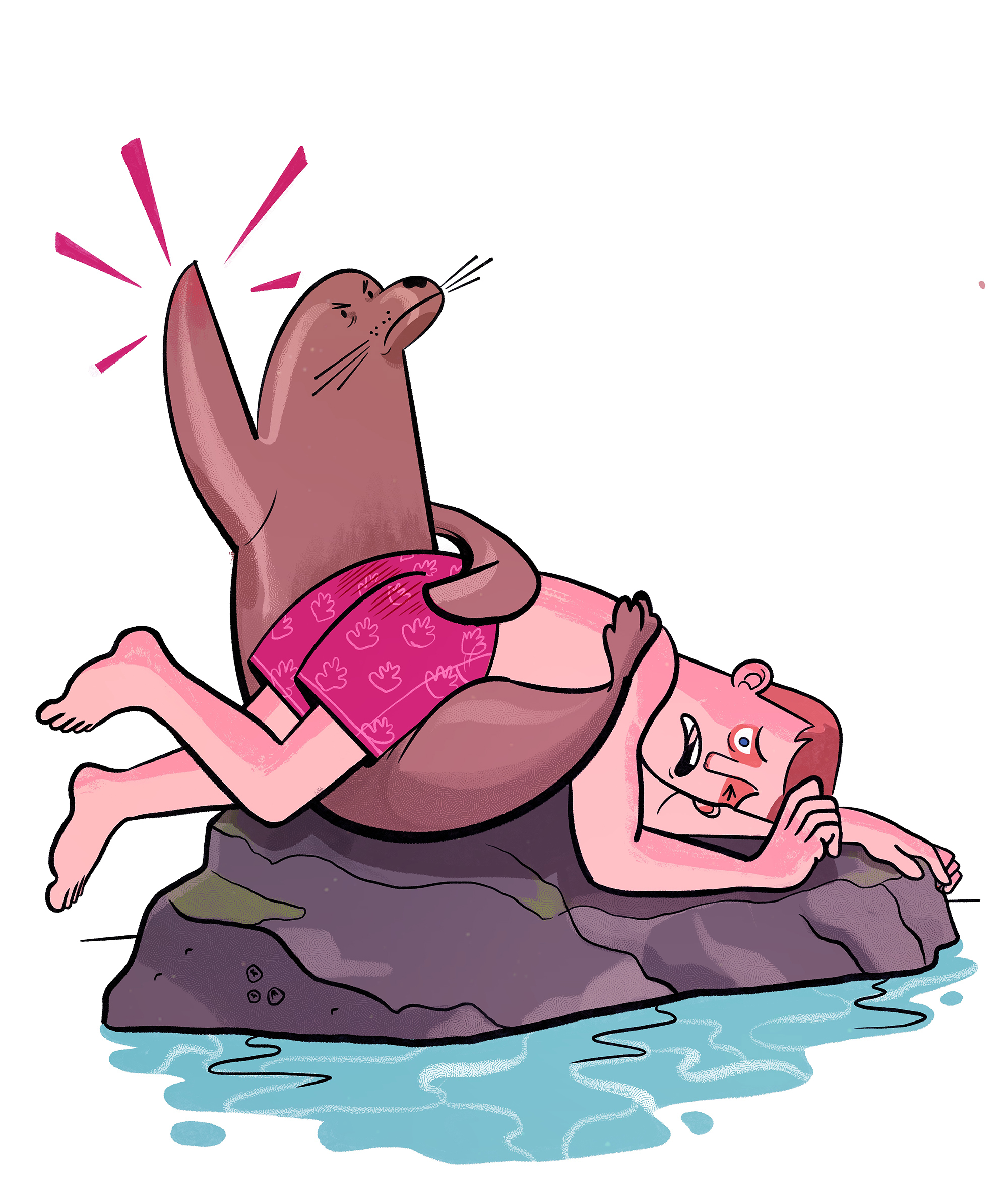 Video of a man slapping an endangered Hawaiian monk seal sleeping on a West O‘ahu beach, set to Akon’s song “Smack That,” goes viral and audiences are outraged. The man who posts the video later apologizes for the Class C felony, saying his friend just wanted to touch the animal.

The artist known simply as Wyland paints one of his signature whale murals on a building in Lahaina without getting authorization. Hawaiian Electric paints over it.

After finally ending her head-scratching run for U.S. president, Hawai‘i Rep. Tulsi Gabbard makes a few appearances in the Islands. Then she leaves her post as a part-time soldier with the Hawai‘i Army National Guard to serve as a major in the U.S. Army Reserve in California’s Silicon Valley. 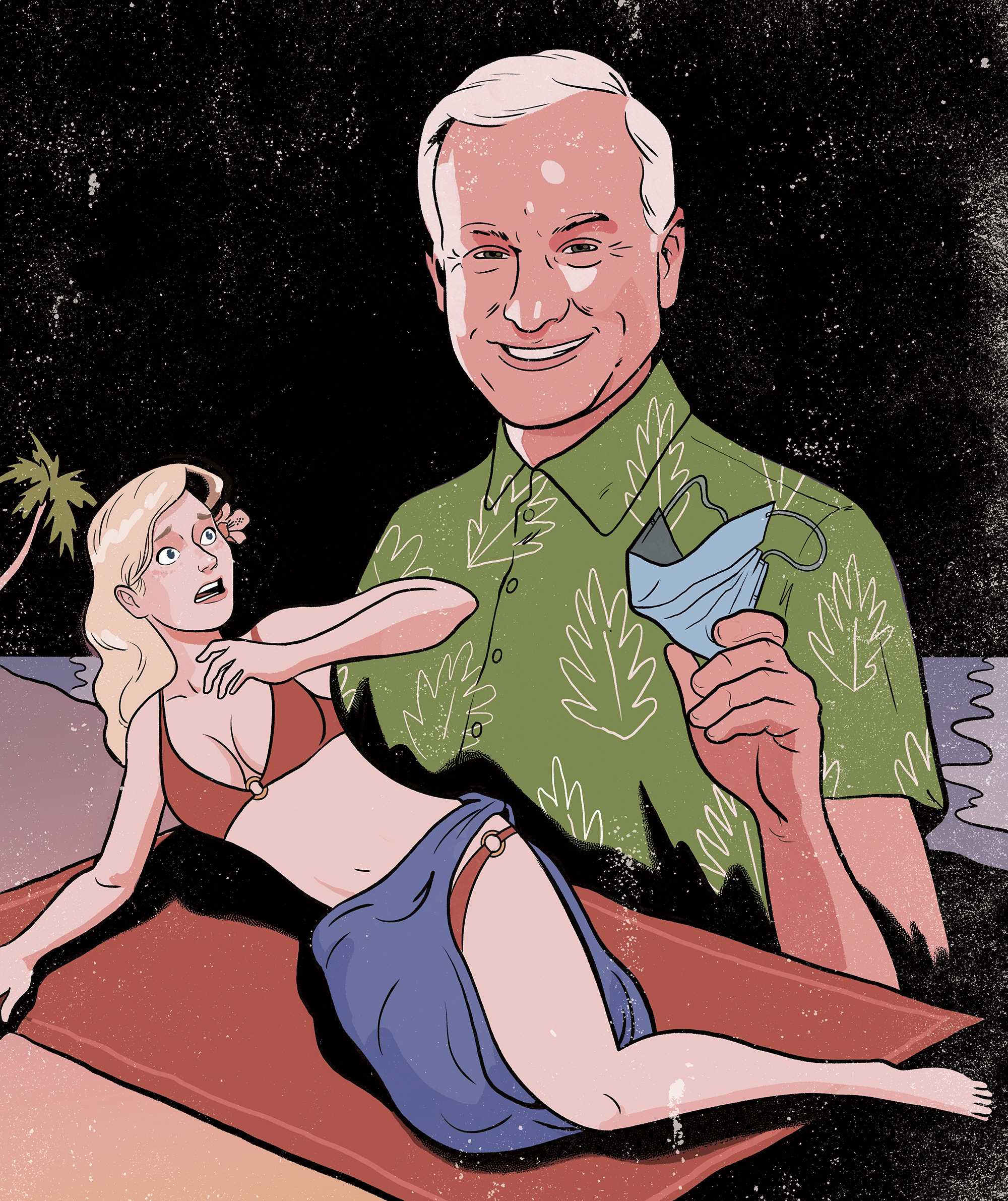 During stay-at-home orders, Honolulu police—with the encouragement of Mayor Kirk Caldwell—issue thousands of citations to residents spotted walking, running and sitting in parks and on beaches. When tourists with negative coronavirus tests are allowed to skip quarantine weeks later, Caldwell—dressed in business slacks and an aloha shirt—totes boxes of paper masks to hand out to sometimes scantily clad visitors on the beach.

Smile for the Camera

Maui Police Chief Tivoli Faaumu acknowledges striking a motorcycle at a shopping center, then driving away, after saying he didn’t realize he hit it. The bike owner is a security guard at the shopping center who catches the incident on security-camera footage.

At a fundraiser for the Hawai‘i Foodbank, two radio DJs mock singer Paula Fuga after she shares a painful personal memory of being homeless as a child and eating out of a rubbish can. A visibly rattled Fuga calmly calls out “Slick Vic” Harris and “KreyZ” Oshiro on their bullying behavior, then walks out. Days later, the men say they have been fired and apologize on social media.

Coffee leaf rust shows up on Maui and in plants at a home in Hilo with no obvious source of importation Local growers and the ag industry send out the call to fight the fungus that has devastated coffee crops worldwide.

Federal Judge Derrick Watson sentences a former financial officer for a Big Island Hawaiian charter school to five years in prison for embezzling $628,835 from Kua O Ka La Public Charter School. U.S. Attorney Kenji Price notes the money paid for travel and restaurant meals or Kelaukila Estabilio and her family as well as Bruno Mars concert tickets and shopping trips to Victoria’s Secret. Watson describes her conduct—that continued even after lava from Kīlauea destroyed the Pāhoa campus in July 2018—as greedy, reprehensible and driven by a sense of entitlement that robbed the school of money needed to rebuild. 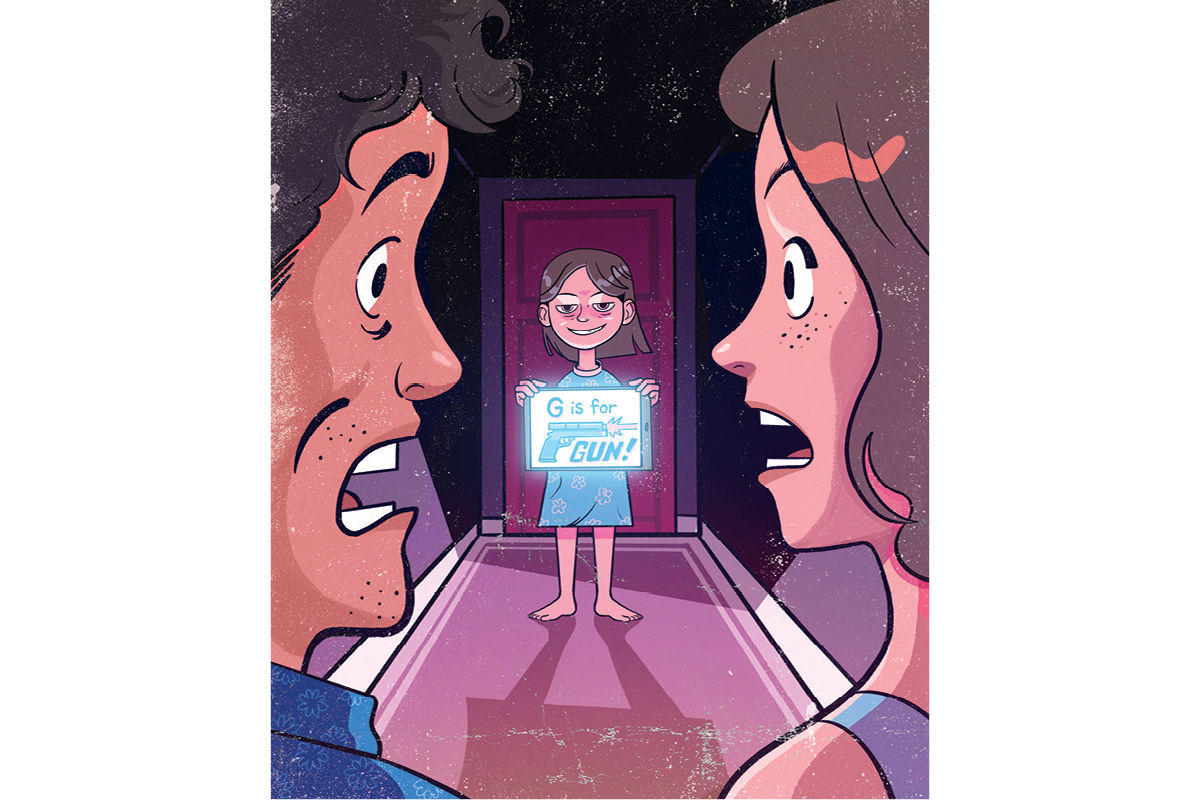 I is for Inappropriate

The state Department of Education signs a contract with Kansas City-based Acellus for expanded distance learning despite initial questions about the material and the background of its controversial founder. Teachers and parents question content as racist, sexist and just wrong. One lesson suggests: G is for Gun. Another about Harriet Tubman’s escape from slavery uses an illustration of a masked bank robber. Still another misspells and mispronounces the name of Queen Lili‘uokalani, while a multiple-choice question asks what terrorist group Osama Bin Laden led. An answer listed is Towelban. 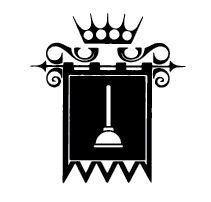 A Hilo teacher sparks outrage by posting a TikTok video showing a woman posing on a toilet in a roped-off area of ‘Iolani Palace. Native Hawaiian leaders express dismay at the disrespect to the legacy of the monarchy.

Give me an F

Say what you will about Mayor Kirk Caldwell, but he consistently shows up to discuss his pandemic response, holding frequent news conferences that people watch by the hundreds on social media. So perhaps it was inevitable that he would be heckled just as publicly while answering questions outside of Honolulu Hale. Still, it’s worth a double-take to watch the sign language interpreter efficiently—and without missing a professional beat—translate the person’s shout into a simple hand gesture.

THAT’S Where All the Clorox Wipes Went

The Ho‘omaka Hou has a rough morning in June. The Coast Guard reports that 21 40-foot shipping containers toppled off the Young Brothers interisland freight barge as it neared Hilo Bay. Nine of the containers are recovered, some towed in, others fished out by a 250-ton crane, according to the Coast Guard. Twelve are still missing. Ho‘omaka Hou, by the way, translates to fresh start