Tavana’s Newest Release, “Sway,” Showcases Collaboration in a Time When We Crave It Most

The artist talks about why you may hear running in the background of his songs, how a weekend festival inspired his first slack-key song and why he wants to play in your backyard. 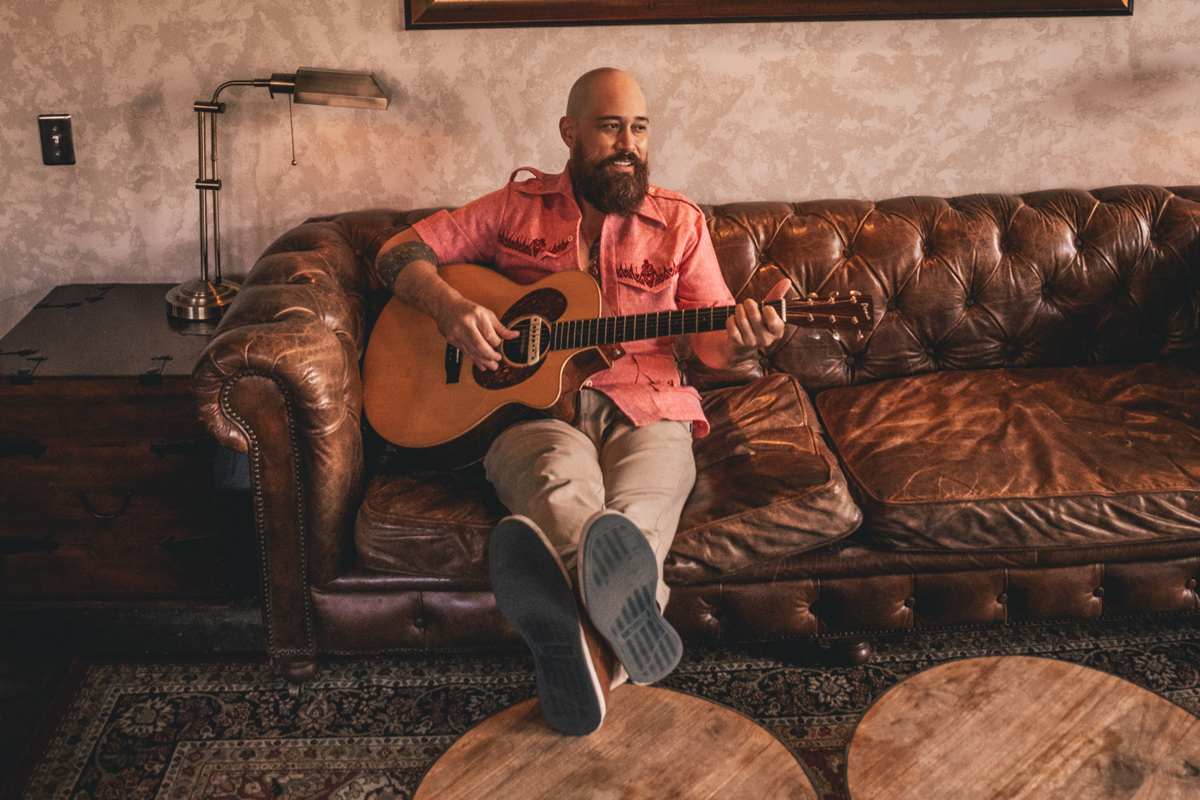 The story of Tavana’s fall release, Sway, can be encapsulated in its first track, “Tumble Down.” The 2013 single, with its unique one-man band instrumentation, is a standard at his live performances. But on his new album, the signature tune ramps into a soulful, bluesy, powerhouse of a performance with the backing of other musicians. The idea to change things up and rerelease the song came from the album’s producer, Ian Sheridan, who also plays bass guitar on the track.

“It is so driving and I think that song really does well in that setting, you know, with the full drums behind it,” Tavana says, talking through Zoom while sitting in his car in between errands. “It just really gives the song so much drive.”

SEE ALSO: What to Listen to This Month: 5 Album and Song Picks from Local DJs

During a time of isolation, collaboration is the theme of Sway. Tavana began the project pre-pandemic, envisioning his fifth album as another largely solo soundtrack. He recorded every verse in his living room, often with his 6-year-old son and 11-year-old stepson just a door away. “I still, to this day, say that if you were to take some of these tracks and listen to them alone, you’re probably gonna hear my boys in the background running around,” he says with a laugh.

And as he MacGyvered solutions for equipment that he was used to having in the studio, Tavana realized there were benefits from capturing the songs at home. “There was no rush, and we weren’t, you know, paying $75 an hour in a studio; it’s my living room … it’s where I wrote a lot of these songs, so that was also very cool. … Some of that original raw energy that came from me writing the song was able to be transferred into the album version.” 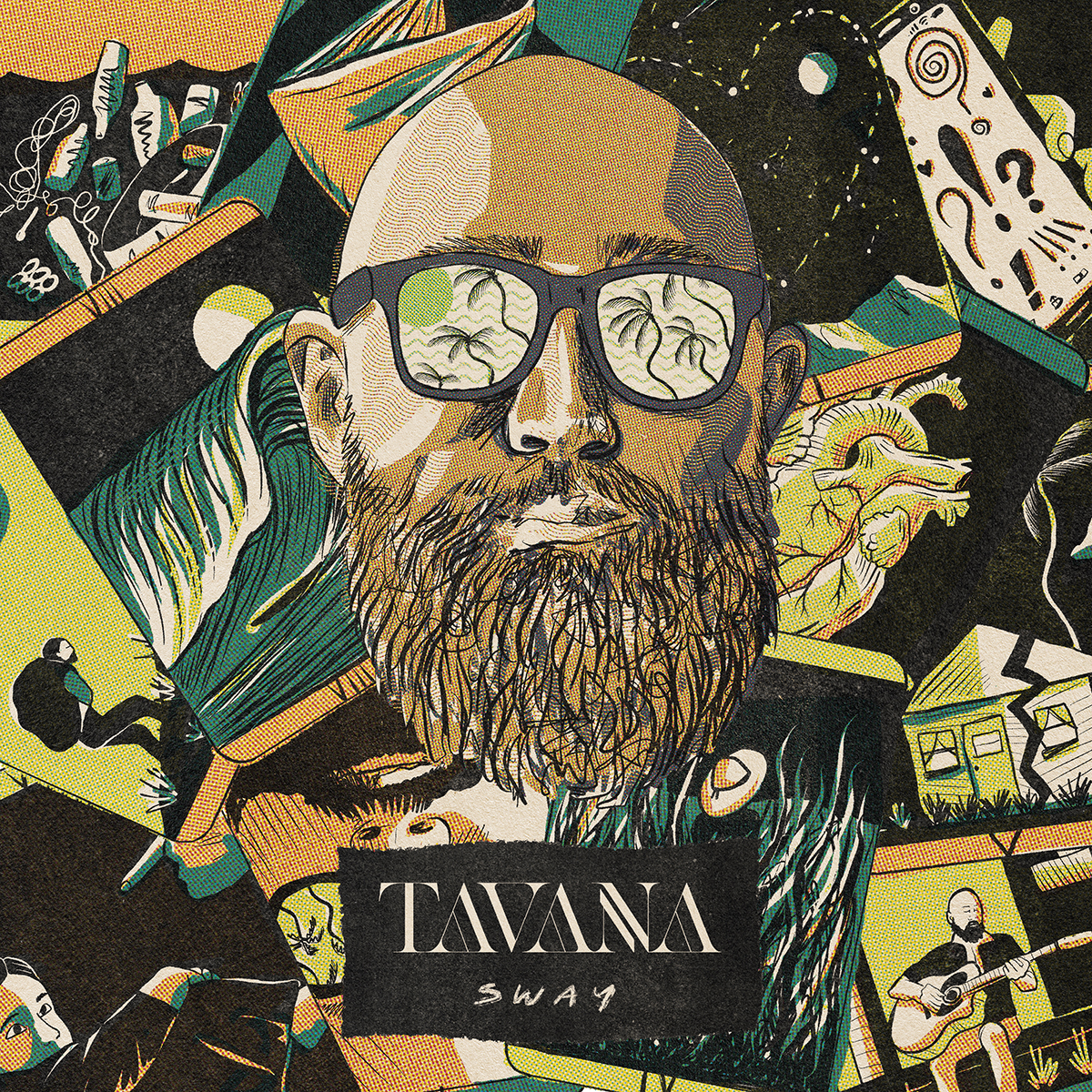 Then, the idea came to reach out to friends and fellow musicians—Tavana’s former Little League teammate and high school friend, Mike Love; Caleb Keolanui from The Green—many of whom were also at home instead of traveling and gigging, to join in from their own living rooms and studios.

“It took a lot of trust,” Tavana says. “I told each of them, ‘Hey, just take this and spend some time with it and do what you feel is right and put as much as you want on it.’ I gave them a lot of freedom and each of them approached it so differently.

“I feel like their true musical essence shines on each track.”

You can hear it. Five of the album’s 12 songs feature other artists, showing the full range of Tavana’s vocals from the swinging pop tempo of “Put Down the Phone” with Keolanui, to the thoughtful “True” with local musician Love. “Plastic Island” gets a boost from Paul Izak’s folksy notes and, of course, harmonica. And Tavana fans might be most surprised by the gentle tone and slack-key guitar melodies of “Kuli‘ou‘ou Blues” with Danny Carvalho. Growing up, slack key was something Tavana always wanted to learn, even as he honed his rock and bluesy tone. Then, in 2019, he was invited to play at the Hawaiian Slack Key Guitar Festival. “I was really nervous because there’s just so many legends of slack-key music there that I’ve looked up to for a long time,” he says. “I was welcomed with just these open arms … and that really gave me the confidence.” He went home, started playing more and eventually wrote “Kuli‘ou‘ou Blues” as an instrumental slack-key song—and “as an instrumental challenge to myself to be able to play it all the way through. As I got better and better at playing it, I was like, it would be really great with some lyrics.” The song came full circle in June when he performed it for the virtual Maui Festival. He’ll also help close out the festival series with the “Kaua’i Style” event, streaming on Facebook on Sunday, Nov. 22.

SEE ALSO: The 50 Greatest Hawai’i Albums of All Time

Still, live performances are where he thrives. And after a complete shutdown this spring that was “terrifying,” he, like many other entertainers, began inviting fans in for virtual concerts from his living room and “Six Feet Apart” performances on his YouTube channel, a best of show just dropped on Thursday, Nov. 19. “It wasn’t applause anymore, it was emojis and all these little messages, which is a whole nother experience.” Now, he’s closing out the year with what he’s calling a Backyard Tour: mini-concerts in 10 different backyards (you can email lee@26jane.com to request one in your yard). Live shows are starting to return as well—at HB Social Club, Workplay and Shorefyre—just ahead of another album, Just Be You, scheduled for release on Dec. 18.