Age is nothing but a number right now in modeling, and mature gents like Jared Carstenn are hot commodities. For this top tennis coach, his salt-’n’-pepper whiskers garnered him more face time in front of the camera. 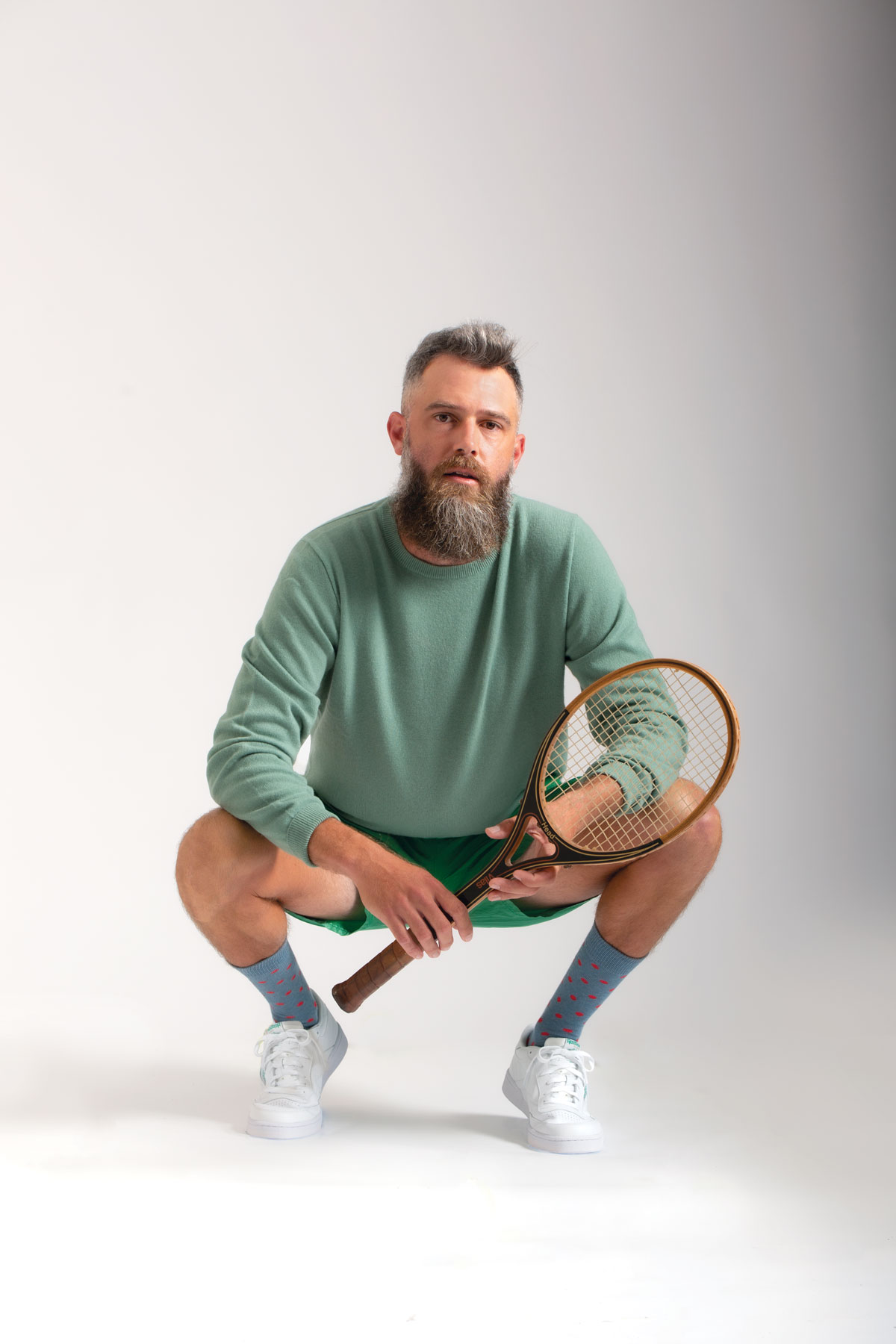 “Being yourself is the new trend!” says Jared Carstenn, smiling big. His happy vibe and badass beard are fun to have at our shoot where tennis balls and jokes are being tossed around. In the shoot, we’re trying to capture the distinguished, dignified side of the 37-year-old, who’s considered a “mature” model—but his energy bursts through, just as it breaks through the ageism barrier in the industry.

“If I get to play the older guy in this world, I’m happy to, because when I was young, the gatekeepers of cool didn’t always offer that openness,” he says with a laugh. The tennis coach did a few modeling gigs for sporting brands in his early 20s—his first shoot was with Asics at the Kailua Racquet Club—but the bulk of his bookings came about a decade later, mostly from shop owners and creative friends from his neighborhood.

“Working with local boutiques, like Oliver Men’s Shop, was great because their reach stretches to national and international audiences,” he says. “I believe with this inclusivity energy, there’s only more jobs to come.” As the “older one,” he offers advice for the next generation: “The greatest energy at a shoot, a commercial or an interview comes from the connection between the people involved. Have fun, be a friend and people will want to work with you.” We’re looking forward to seeing this ace again.

“Being yourself is the new trend!” 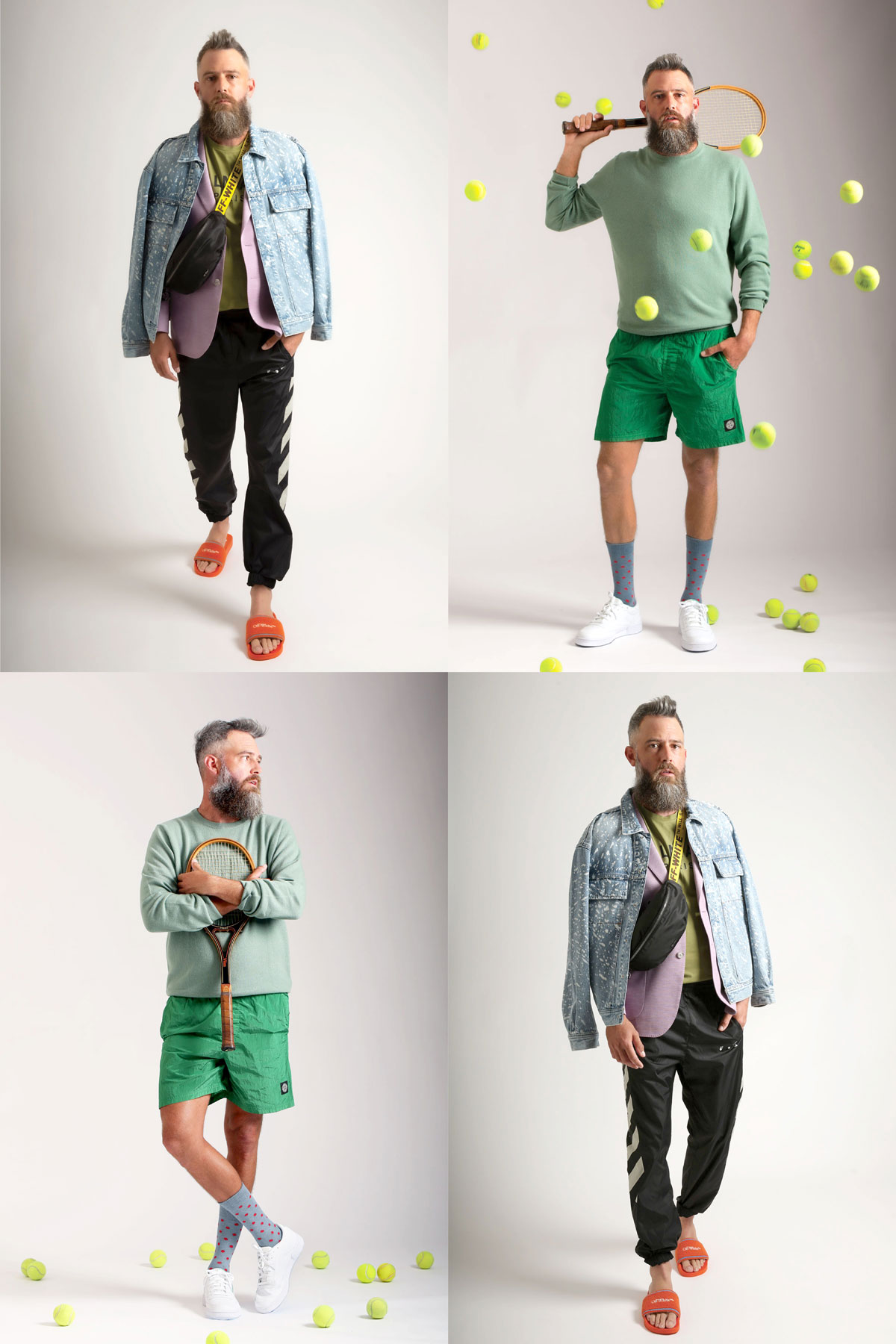