Who can resist a Hurricane Pupcorn dog plushie with popcorn and kakimochi plush toys inside? 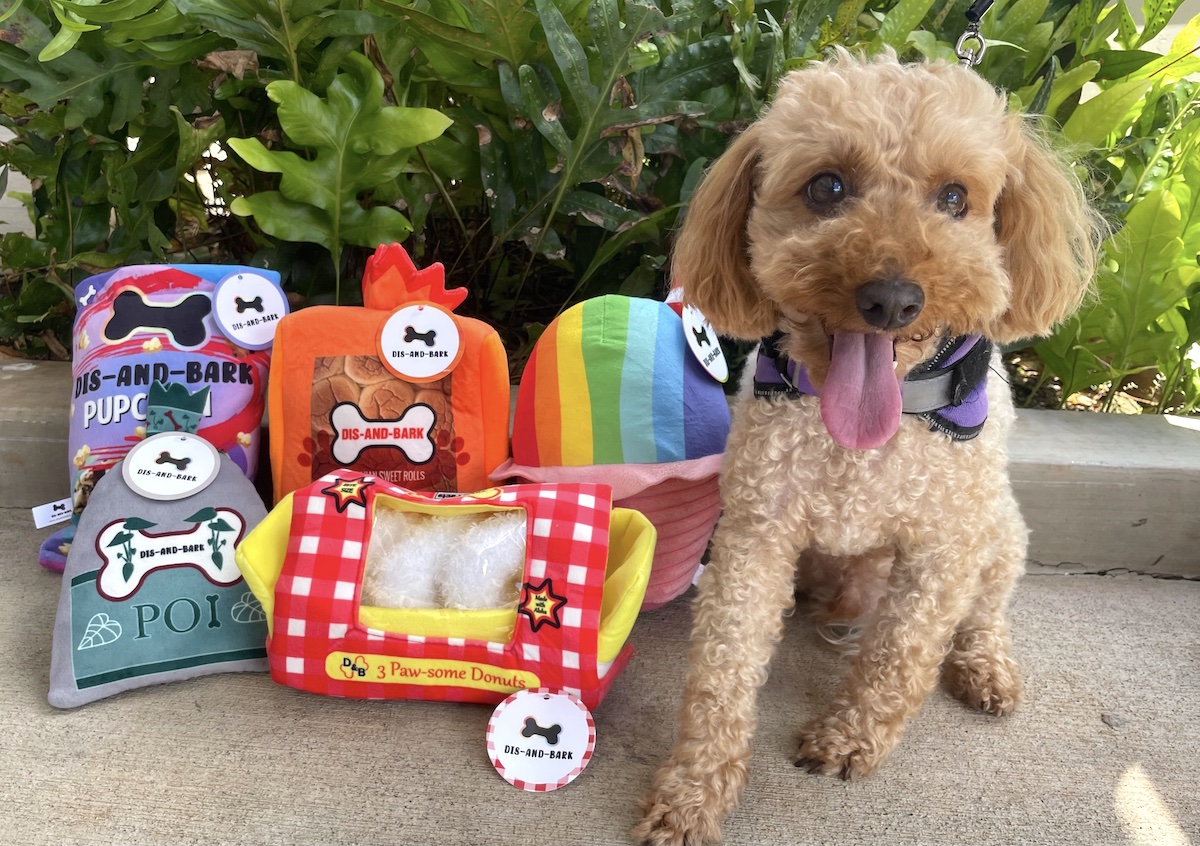 Leah Lukela, a self-proclaimed crazy dog mom from Wai‘anae, was surprised at the lack of locally themed dog toys. There was a whole universe of toys shaped like burgers, pies and fried chicken that she could buy for her pup Rollo, but what about lau lau and shave ice? That was enough for Lukela, an entrepreneur since she started her own soap business at age 11, to launch Dis-and-Bark, which makes plush dog toys shaped like favorite local foods. Each one is tested and approved by Rollo. 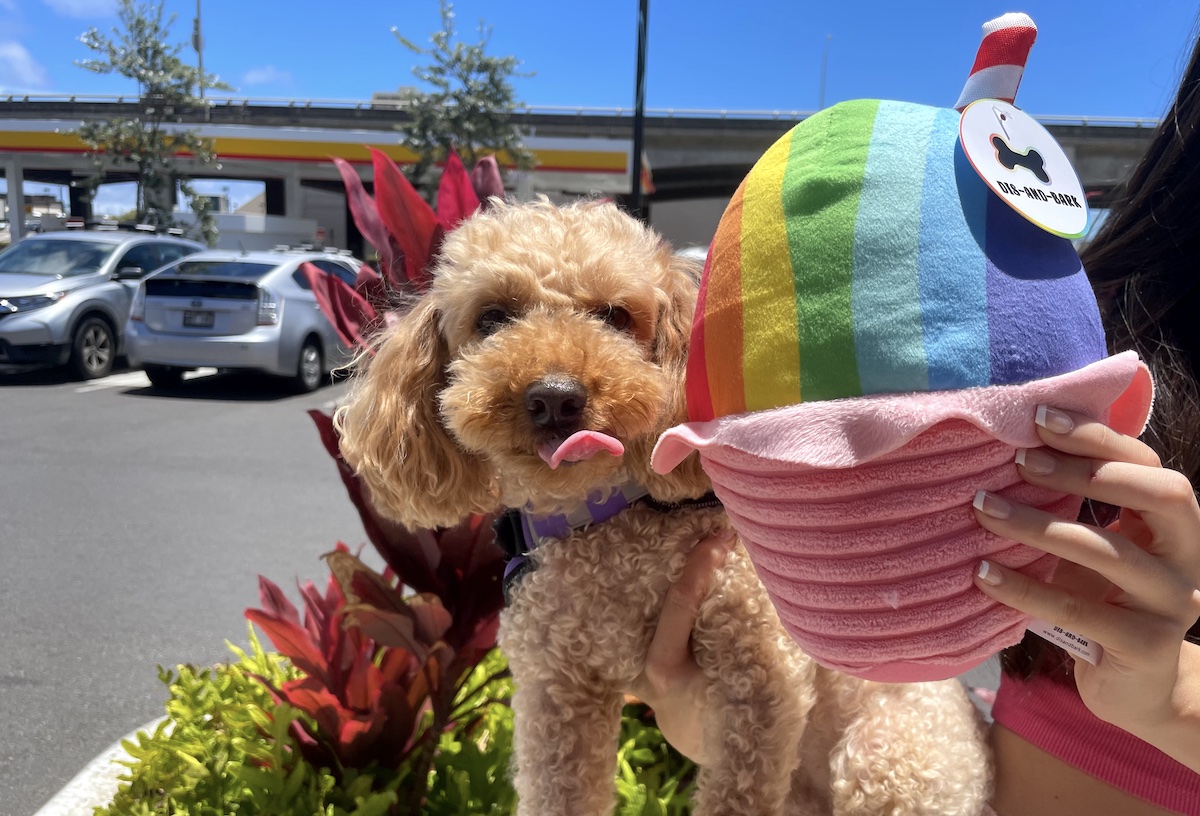 It began last summer with rainbow shave ice, Lukela’s first creation. While she no longer makes it, you might still find the odd one at a local store, as I did at Kāhala Mkt. In a nod to Dis-and-Bark’s origins, Lukela came out with a tiger blood shave ice toy ($16 online) to celebrate the business’ first anniversary on June 18. 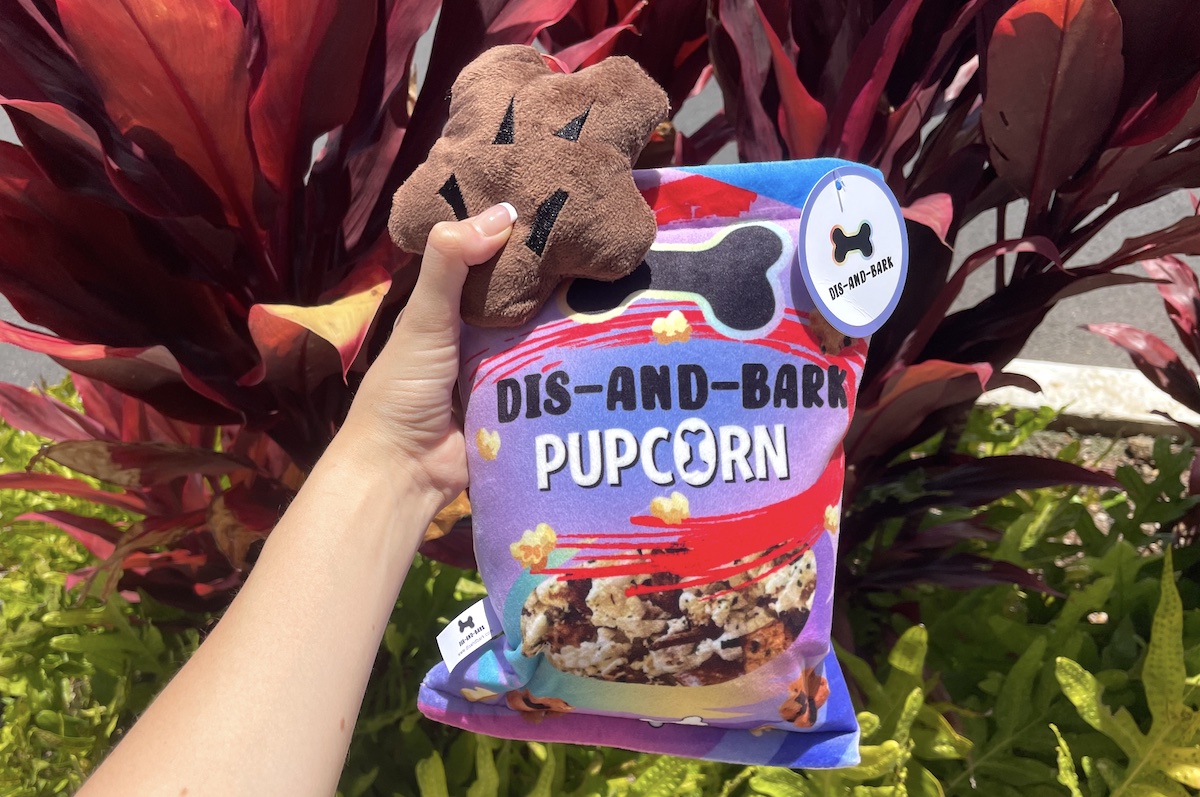 One of the most popular toys, the Pupcorn ($28.50), looks like a real-life bag of hurricane popcorn. But when you open the Velcro tie, you’ll find toys inside shaped like popcorn and kakimochi. The coolest part? The nori on the kakimochi crunches to mimic the sound of biting into real nori.

Here are some other toys that caught my eye: 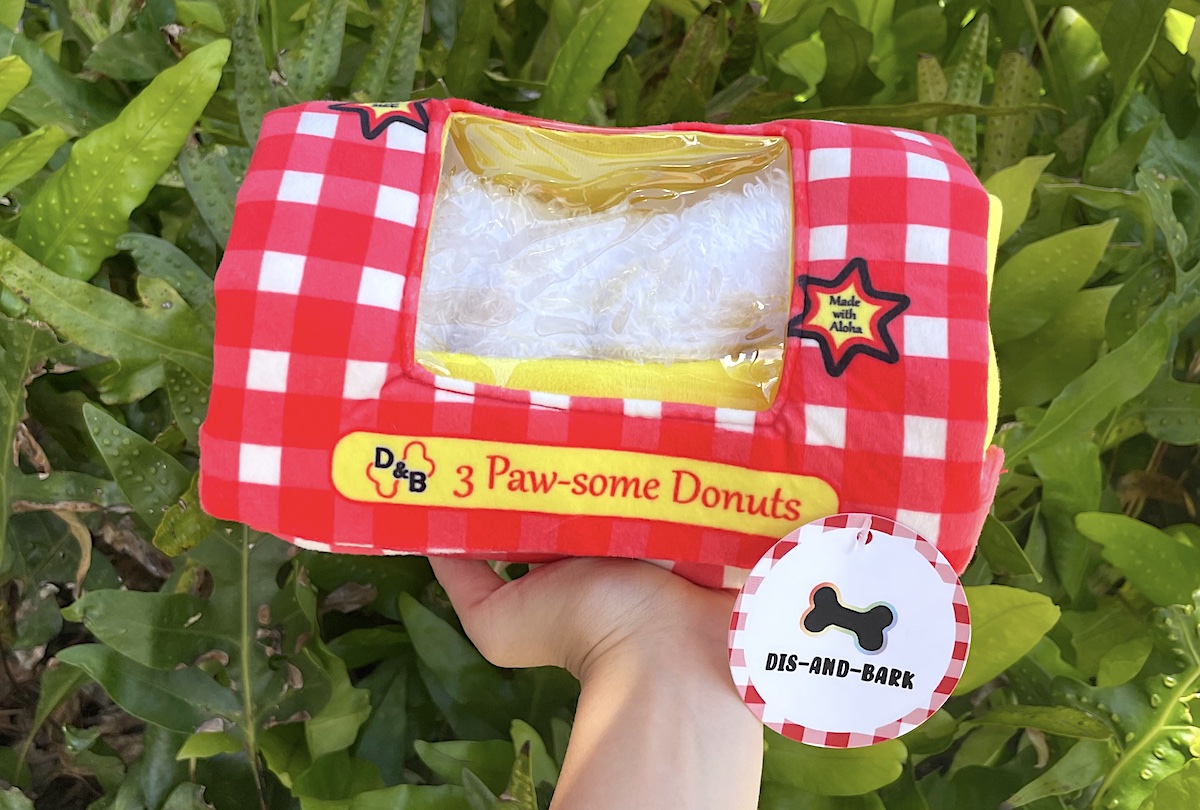 Much like the Pupcorn, opening this doughnut “box” reveals three removable doughnuts, each with a squeaker inside. 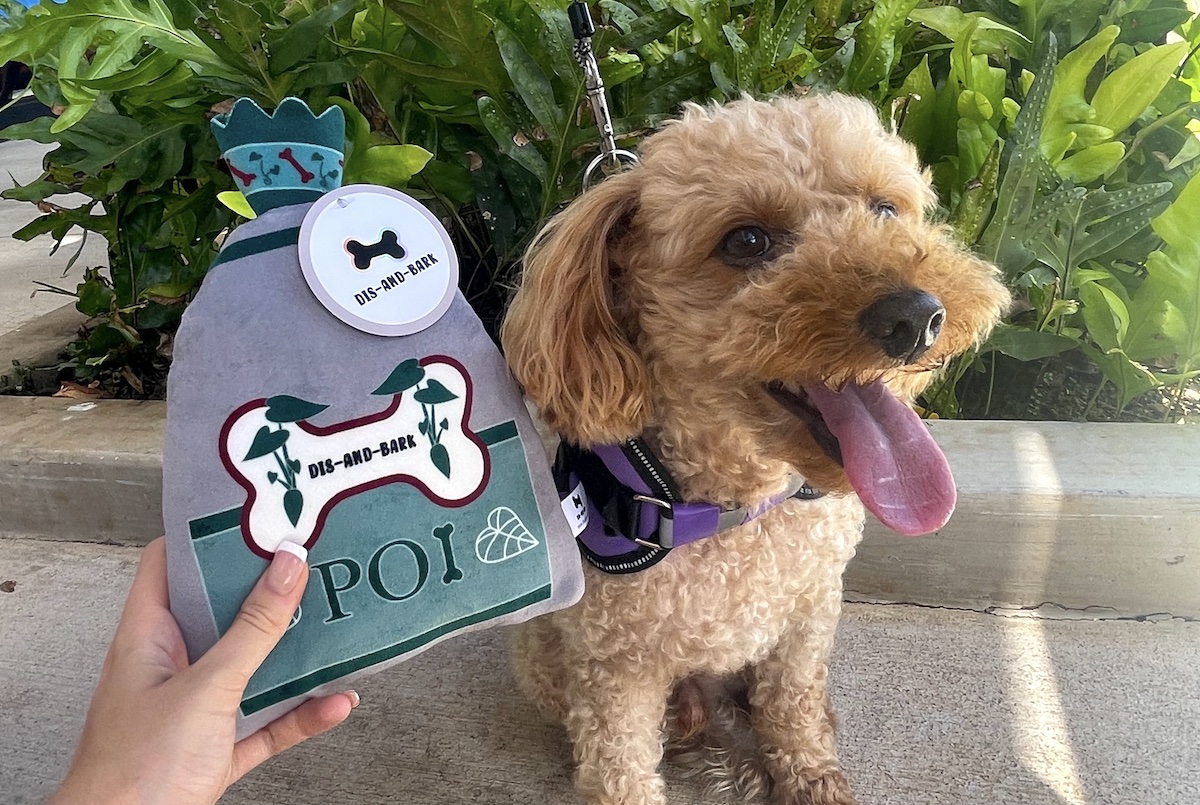 Flip the toy around and you’ll see two kalo leaves sticking out. They are removable for your pup to play with as well. 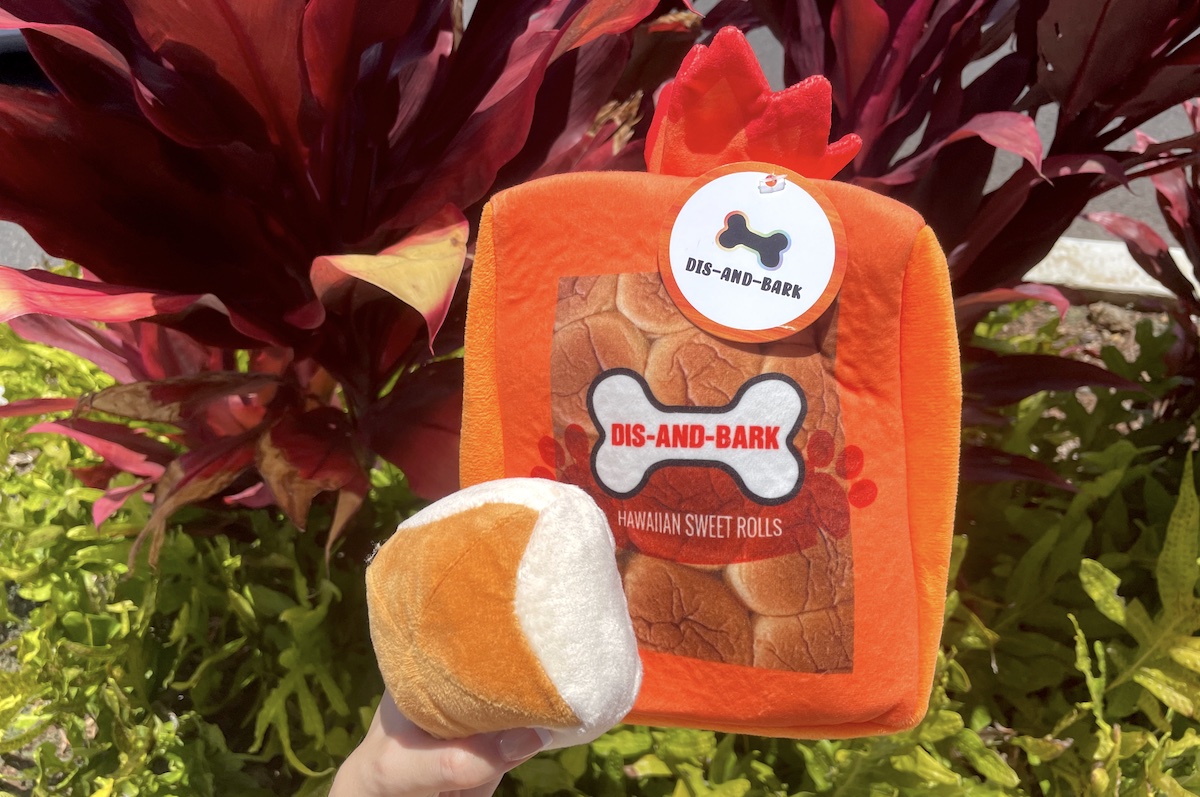 Your pup, too, can enjoy the sensation of biting into a Hawaiian sweet roll: Two mini Hawaiian rolls come with this bag, each with a squeaker inside.

You can find these paw-dorable toys on the Dis-and-Bark website, or at The Public Pet in Kailua and Kāhala Mkt.