And they come in POG, matcha crunch, salted mac nut, and lime and coconut varieties. 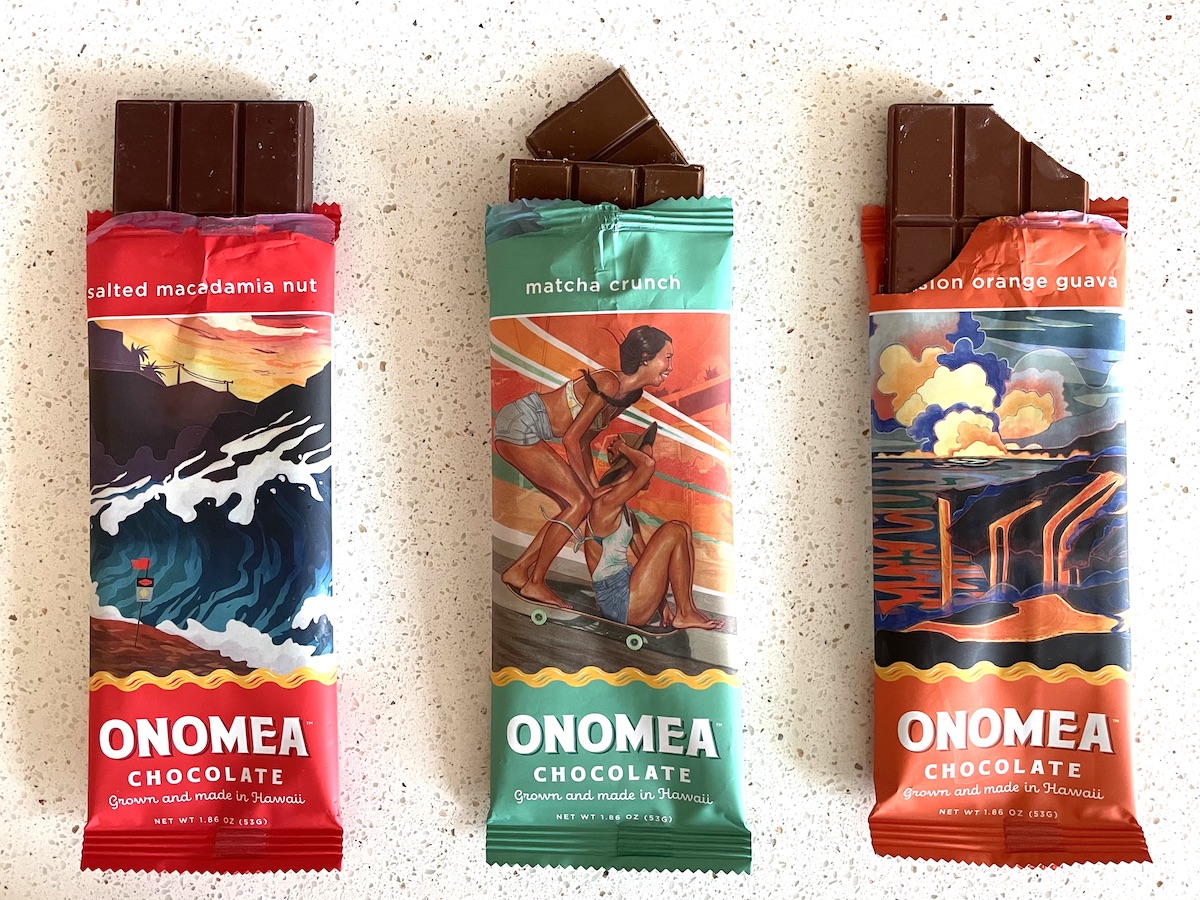 Seneca Klassen was overconfident. When he decided to make a “high-class candy bar” using only Hawai‘i-grown chocolate and with the same values that gird Lonohana Chocolate, he thought it’d be easy. While Lonohana’s 70% and up dark chocolate bars highlight a bright and pleasant bitterness, with his new line, Onomea, he envisioned a sweeter chocolate that would be a canvas for flavors like POG and green tea. But his first trials of the chocolate base “sucked,” he says. “Unbalanced and sickeningly sweet.” And weirdly, it even stopped tasting like chocolate. “I started to get really worried.”

He’s not worried anymore. He recently released Onomea’s inaugural flavors: passion orange guava, matcha crunch, salted macadamia nut, and lime in the coconut. The passion orange guava tastes as if you merged a POG fruit roll-up with a milk chocolate bar, while the salted mac nut reminds me of a Toblerone. My favorite is the matcha crunch, with puffed quinoa providing a texture similar to Kit Kat. And since the galaxy of Japanese Kit Kats is unavailable to us in the U.S., this may be the closest we’ll get to green tea Kit Kats. High-class candy bar? Onomea nailed it.

With Onomea, Klassen wants to provide a more accessible, locally grown chocolate than Lonohana. The bars are about half the price of Lonohana’s bars, which hover around $16. While the chocolate for the Lonohana bars comes from Klassen’s own farm, cacao for Onomea is sourced from partner orchards on O‘ahu and Hawai‘i Island, making Onomea like the table wine to Lonohana’s estate wine, and another way to bring Hawai‘i-grown chocolate into our daily lives.