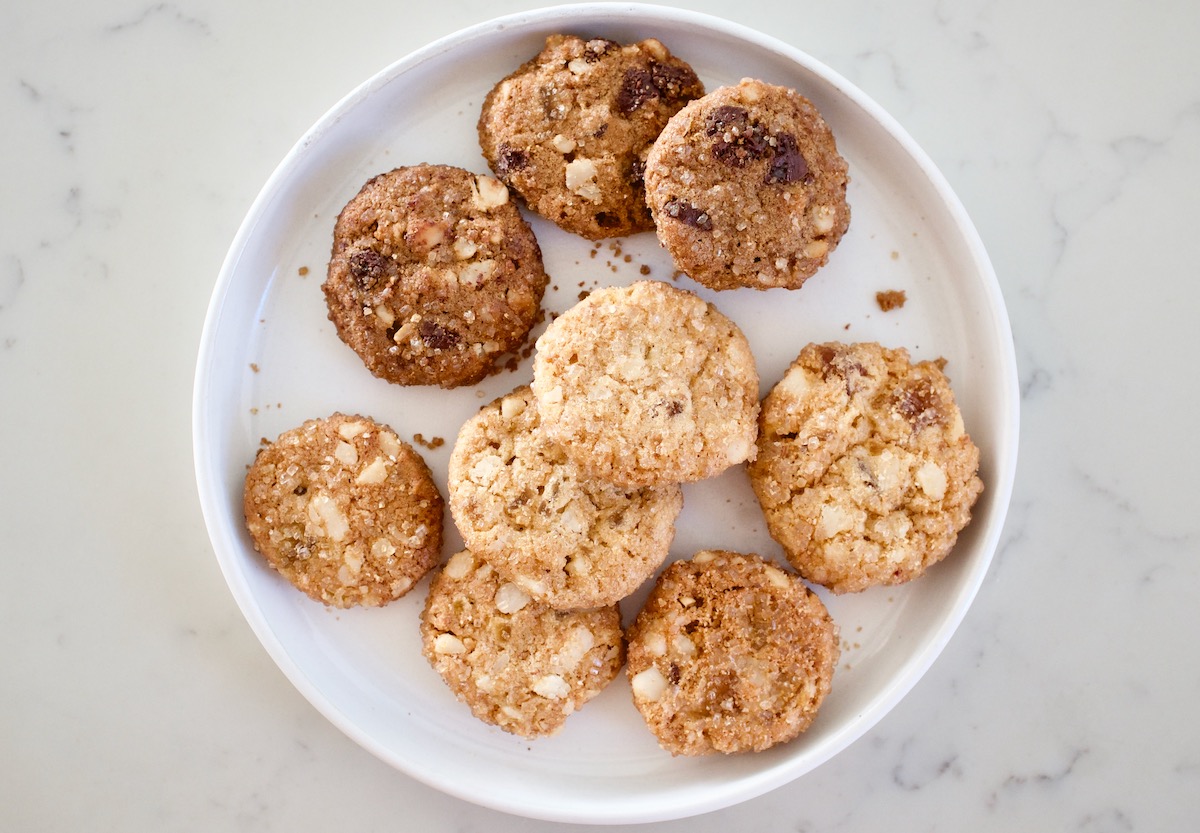 ‘Ohana Nui is the cookie company that doesn’t want to be known as a cookie company. After owner Tom Walker explains it to me, I get it, but for now, he’s just going to have to deal with being famous for cookies. Because wow, what a cookie he makes. ‘Ohana Nui’s one-bite wonders are both crunchy and chewy: baked until crisp, with the added crunch of the turbinado sugar they’re rolled in, and chewy with dried fruit. Don’t mistake these for mac nut shortbread cookies—they’re much lighter and more interesting. They may be small, but they’re packed with nuts and other goodies, like spicy blasts of crystallized ginger, and for the pineapple li hing one, sweet, dried pineapple offset with a touch of salty and tart li hing. Those two tie for my favorite, but I also appreciate the mocha chocolate cookies, with plenty of chocolate chips and just a bit of ginger to keep it lively. 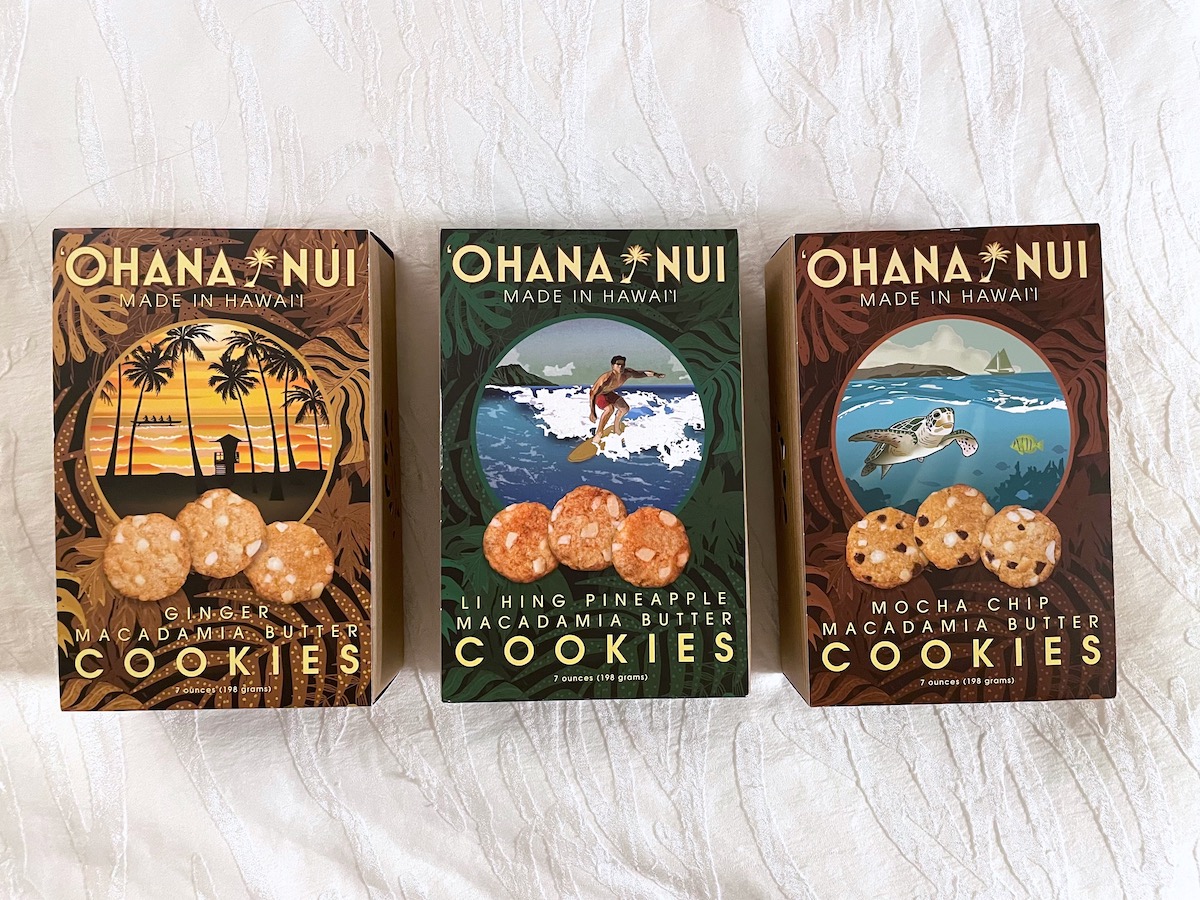 Usually, I’m more of a big soft chewy cookie person, but I found myself reaching for these constantly throughout the day—they did not last long. The boxes are also made for gifting—I plan on bringing a few to family and friends during the holidays.

Walker launched ‘Ohana Nui on O‘ahu in 2018, wanting to design beautiful omiyage while combining his love of baking. But ultimately, he hoped to “create a company that could give to causes—save our oceans, save endangered species,” he says. Ten percent of ‘Ohana Nui’s profits are donated to Hawai‘i Marine Animal Response; he wants ‘Ohana Nui to be known “for making a difference, not just a cookie company.” He anticipates making more than cookies in the future. But, first, cookies, because “they’re a happy food.”

$16 per box. ‘Ohana Nui is available at the House of Mana Up in the Royal Hawaiian Shopping Center and other outlets. Also find them online at ohananui.shop.