No more ‘your way’ 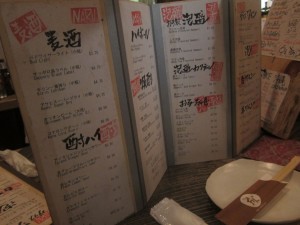 Remember that Burger King promise, “Have it your way”?

Well, turns out restaurants and diners around the country are opting for exactly the opposite, taking control of their menus and dining experiences and telling the customer to just shut up and take it, according to a recent article in the New York Times.

You can’t get a toasted bagel at one bagel shop in Greenwich Village. There’s only one kind of cheese at a gastropub in the West Village. And forget trying to get decaf coffee at one Chicago restaurant.

This isn’t anything new at Japanese restaurants, where you can’t even swap out the entrees in a combination teishoku. (Don’t believe me? Try it one day!)

While I can see the allure in having the power to order whatever I want from any restaurant — just how I like it — I can empathize with owners and chefs who are constantly manipulating their dishes to each customer’s tastes, as unrefined as they may be.

It goes back to this idea of customization, ownership and entitlement — to me, anyway. We have this notion that we can — and should — have whatever we want, as long as we’re willing to pay for it. And I don’t know if that’s always the best decision. We diagnosis our own illness, thanks to WebMD. We shape our world opinions based on blogs and Twitter. And now we think we know more than the chefs who spent years honing their skills. No, no, the steak tartar should be seared, trust me, I know. Oh, and served with ketchup, please.

So what do you think about this latest trend? You think customers are always right — or do you think we’ve become too demanding?