Since the 1940s, Sophia’s has offered fresh blooms daily. 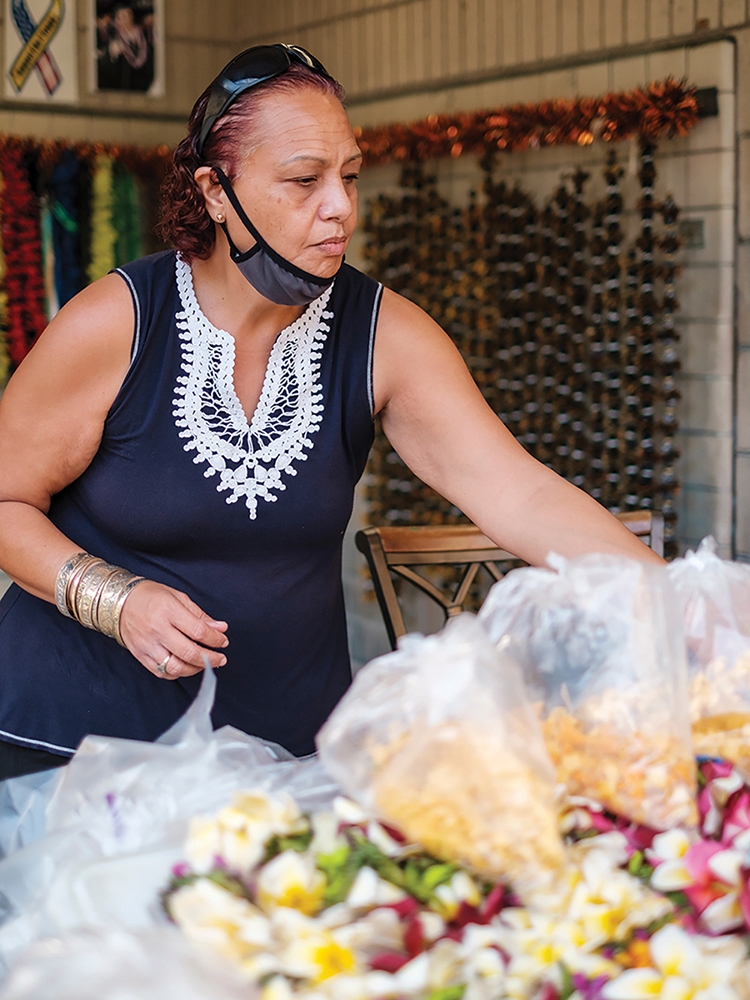 Stacy Farias holds up a strand of precious pakalana, strung together with hundreds of delicate flowers, and the sweet scent perfumes the air. More flower lei are arrayed on the table in front of her: pale orange pua kenikeni, plumeria in rainbow shades, precious pakalana, ti twisted into handsome lei for men.

Sophia’s—the place is named after her grandmother—is emblazoned across the back of this lei stand at the Daniel K. Inouye International Airport in Honolulu, and Farias represents the proud third generation of a family that has been sewing and selling lei, first at Honolulu Harbor, since the middle of the last century.

“In general my grandma was the first one,” says Farias, as she arranges a dozen or so colorful $5 plumeria lei. “They sold when the boats came in, from Lurline time. She was selling leis out of a basket and my grandfather was a diver and dove for the change the tourists threw in the water. That’s how he lived. And that’s how they met.” 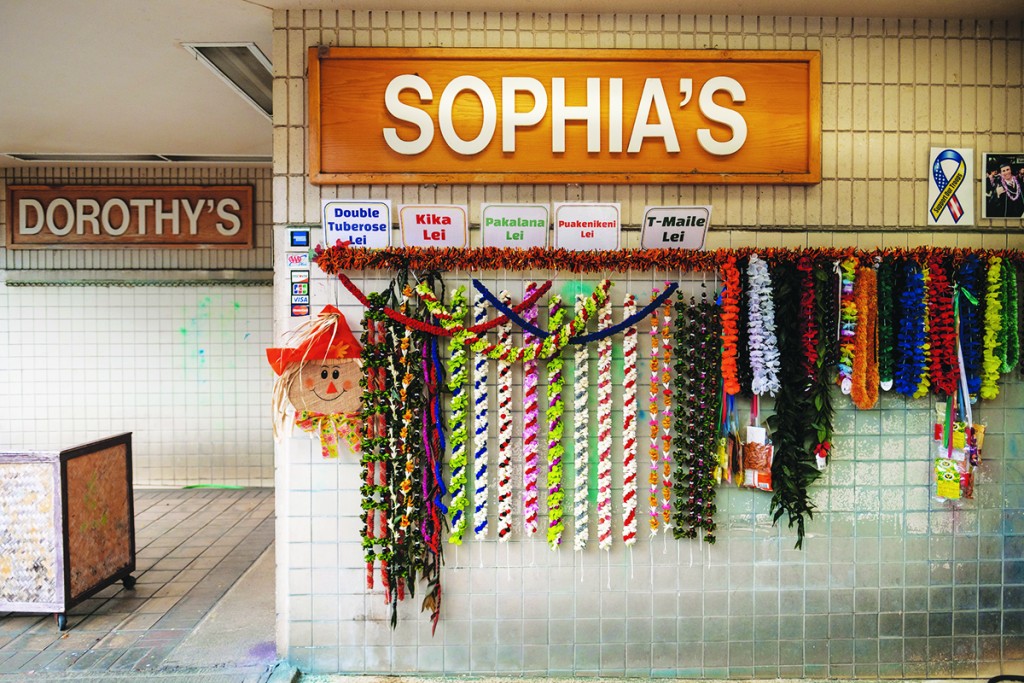 It’s still dark when Farias arises each morning in her Kailua home. Her workday at the airport starts at 6:30 a.m., with bags of flowers arriving from vendors that the family has worked with for decades. Farias and her small crew use maybe 10 or 12 bags a day—enough to string the 60 to 100 lei they sell daily. There’s only one grower left on O‘ahu still raising the pink carnations that are part of her signature lei and he only sells to Farias.

Many of her orchids are now grown in Thailand and flown in already sewn, says Farias. But here, at the airport, everything else is made fresh. Read how the company got started and what keeps her going on hawaiimagazine.com.

This story originally appeared as “A Legacy in Lei-Making” in the November 2020 issue of HONOLULU Magazine. Get your copy at shop.honolulumagazine.com and subscribe to the print and digital editions now.