Three wiggly, jiggly (and one grown-up) versions of this traditional Halloween candy. 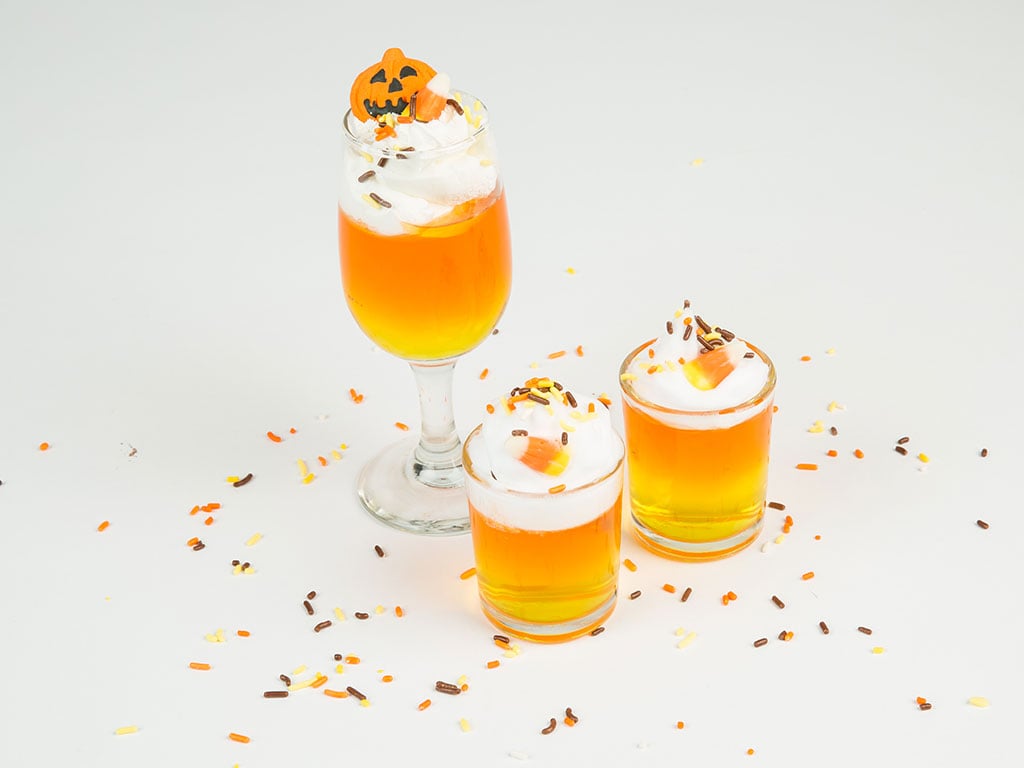 I still love candy corn. It may be pure sugar, but the tiny treats give me a taste of my childhood. I always snap the white top off, then eat the rest layer by chewy layer. In case you were wondering, the sugar-and-corn-syrup confection (yes, sugar and corn syrup are the first two ingredients) was first created in the 1880s and, according to a history piece on Time.com, nine billion pieces are made every year.

Even if you’re not a fan of the flavor, the look is definitely a sign of fall. So, why not turn the tri-colored candy into a chilled dessert? Here is a quick recipe with a few variations, including one just for the grown-ups.

Want more craft and treat ideas? See our Halloween Corner for those and our full roundup of spooky events on O‘ahu.