A brunch buffet, Korean-Italian fusion and groceries are coming to the heart of Downtown Honolulu. 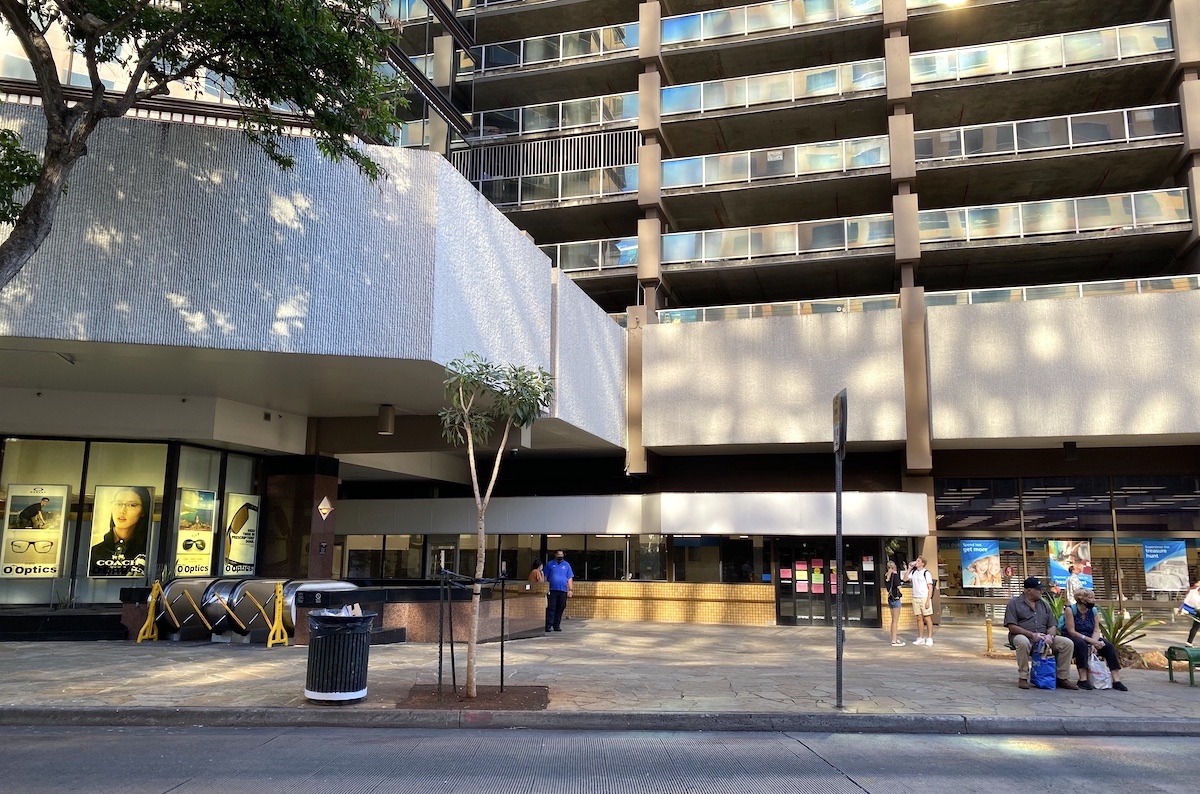 Downtown Honolulu will get its first supermarket when 88 Mart, formerly 88 Super Market of Ke‘eaumoku Street, opens in the old Longs Drugs space on Hotel Street next year. Not only that: 88 Mart is also opening a new restaurant downstairs in the old Hukilau Sports Bar & Grill in the lobby of the Executive Centre building. The new eatery, Bishop ‘Ono KAI, can open as early as this year, say 88 Mart owners David Choi and Sara Lee.

Plans call for Bishop ‘Ono KAI to start serving a brunch buffet of Korean and American dishes as soon as it clears inspections, Choi says. While the menu is still in the works, know that this will not be a repeat of the $7 all-you-can-eat smorgasbord of Korean home-style dishes that had lunchtime customers crowding the aisles of 88 Super Market. Instead, expect banchan side dishes with breakfast staples like bacon and omelets. Baked goods might also be in the rotation, since Choi and Lee also opened Rooftop Bakery Café at King and Pi‘ikoi streets and are still partners there. The Bishop ‘Ono KAI kitchen will turn out prepared food items for 88 Mart when it opens upstairs. Choi and Lee, a married couple who opened 88 Super Market in 2017 and shuttered it early this year when that block of Ke‘eaumoku Street closed to make way for a new condo complex, say plans for other items are still fluid, but the goal is to bring to the 11,000-square-foot space a full-fledged supermarket, not just a prepared-foods lunch spot.

SEE ALSO: Where Are They Now? Restaurants from Ke‘eaumoku Street

More exciting for them is the dinnertime identity planned for Bishop ‘Ono KAI. A brunch buffet by day, the restaurant will transform in the evening with an upscale Korean-Italian fusion menu, says Choi. Heading the kitchen will be Jung Dongwoo, currently a chef at Lieto Firenze in Daejeon, South Korea. Until Jung arrives, specific dishes will remain a mystery. But this concept gives the restaurant its acronym: KAI, Choi says, stands for Korean, American and Italian.

The two spaces at 1088 Bishop St. are owned by XPLUS LLC, which is owned by Duane Kurisu, whose aio Media Group includes HONOLULU Magazine and Frolic Hawai‘i.