12th Ave Grill DeliCafe is an indoor-outdoor reboot of the long-shuttered restaurant.

It started on Instagram, where photos of meaty sandwiches and lobster eggs benedicts at the new 12th Ave Grill DeliCafe caught my attention—especially since 12th Ave Grill had been closed through much of the pandemic. So it was news when the longtime Kaimukī eatery re-emerged last month with a new format, a new menu and for the first time, outdoor dining. 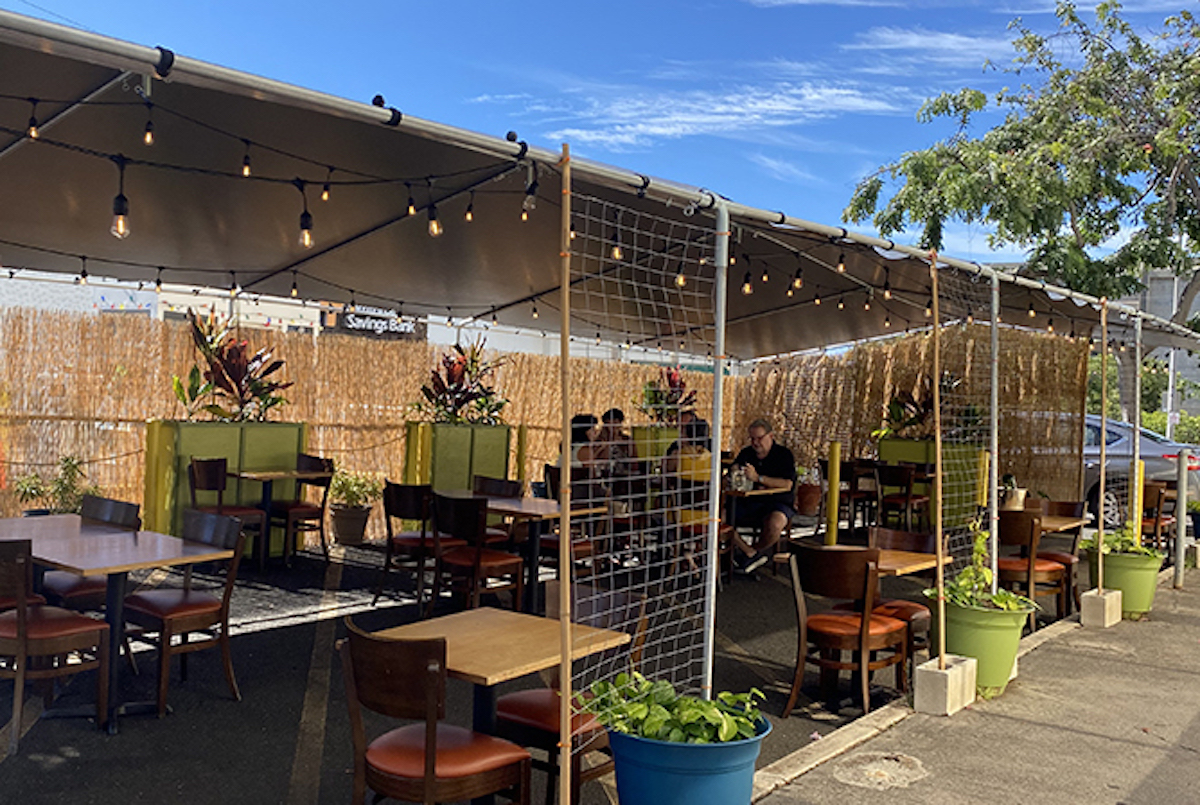 Your first question is probably the same one I had: Where’s the outdoor seating? It turns out the DeliCafe has set up a covered open-air space in the municipal parking lot adjacent to the restaurant. Inside and outside, tables are spaced well apart. You order at the counter, find a table and they’ll bring your food and drinks, but there’s no restaurant-style table service. Or you can get your order to go. 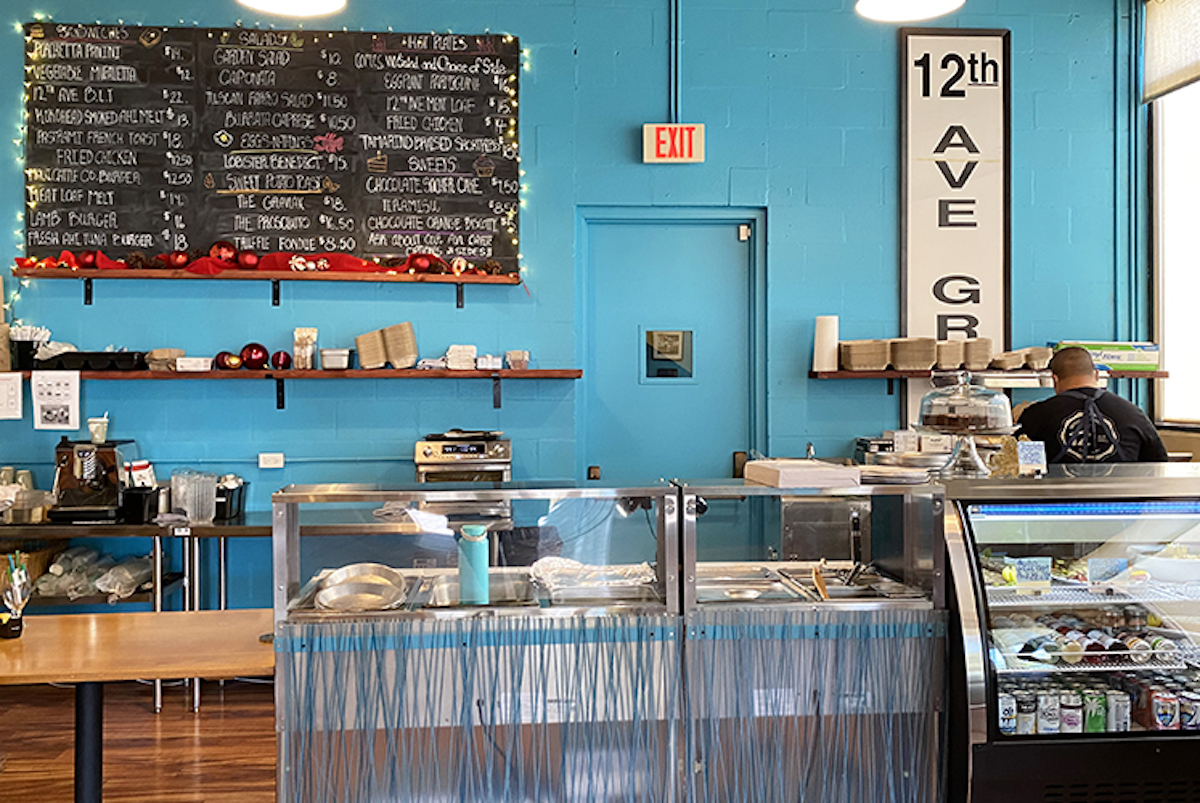 In the kitchen now is Mauro Gramuglia, formerly of Mediterraneo and Waikīkī’s TBD… As you might expect from the DeliCafe name, Gramuglia’s menu has sandwiches, salads, hot plates, brunch-type entrées and sides like 12th Ave Grill’s famous baked mac and cheese. 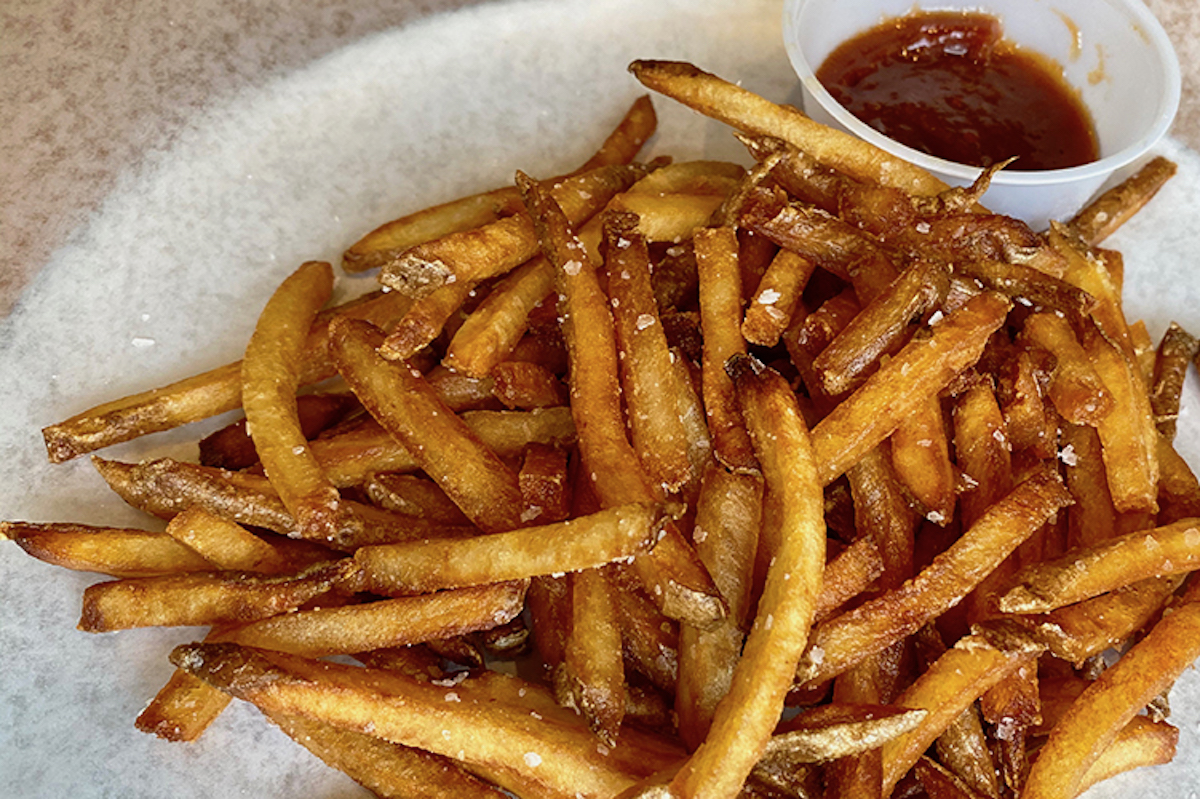 While there’s a lot to like on this menu, my top pick is the seemingly simple $5 fries. Days later, I’m still drooling over them. Thin and lightly crispy but airy and soft inside, they’re like clouds of potatoes. And no wonder, because they take three days to make. Potatoes are sliced, left overnight, blanched at 275 degrees the next morning, then frozen. Once fried to order, they’re salted and served with a nuanced ketchup made with local tamarillo tree-grown tomatoes. Our group devours a plate in 5 minutes. They’re a steal at $5, which means I’m getting two orders for myself next time. 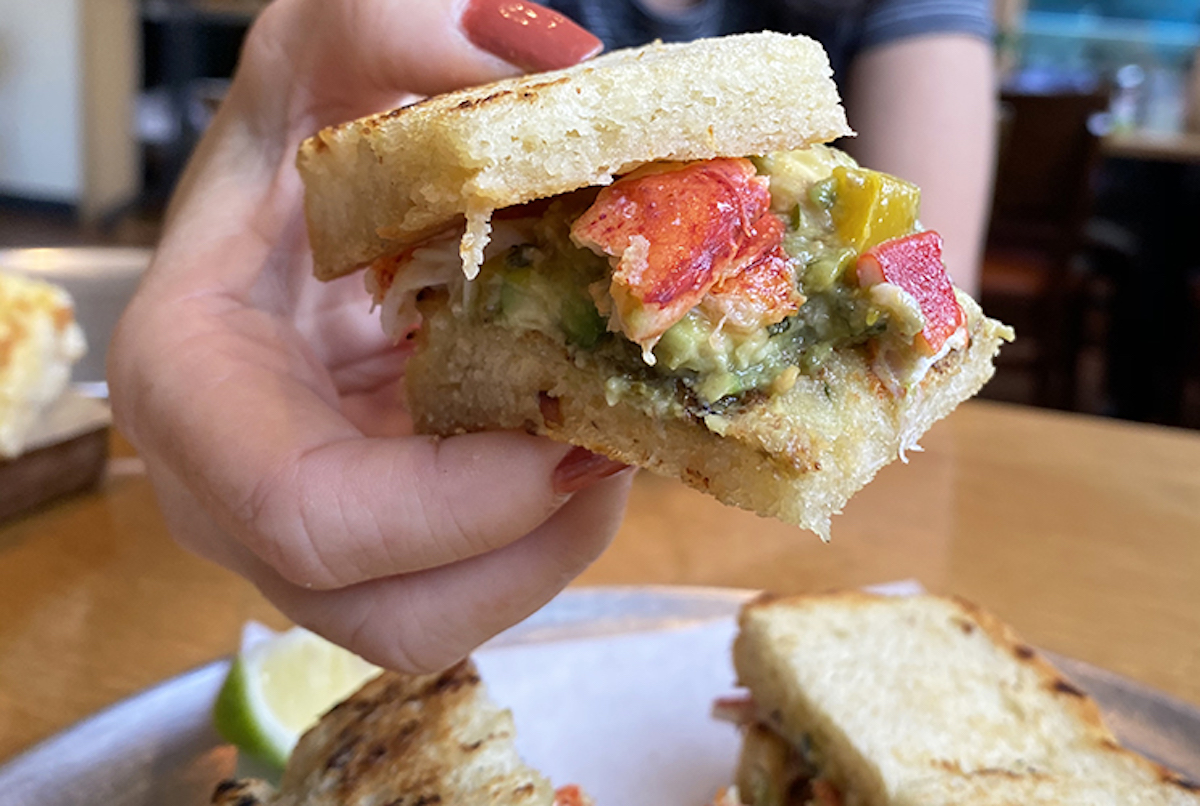 The ‘l’ in the 12th Ave B.L.T. ($22) stands for lobster and the ‘b’ for butter. Four ounces of butter-poached Kona Maine lobster (the photos shows one-fourth of a sandwich) and a relish of avocado, roasted tomato, basil and garlic sit on grilled house-made bacon bread. It’s this bread that takes the sandwich to the next level. Bite-sized lobster chunks are succulent and the creamy, savory relish holds the sandwich together well.

SEE ALSO: Where to Find Lobster Rolls in Honolulu 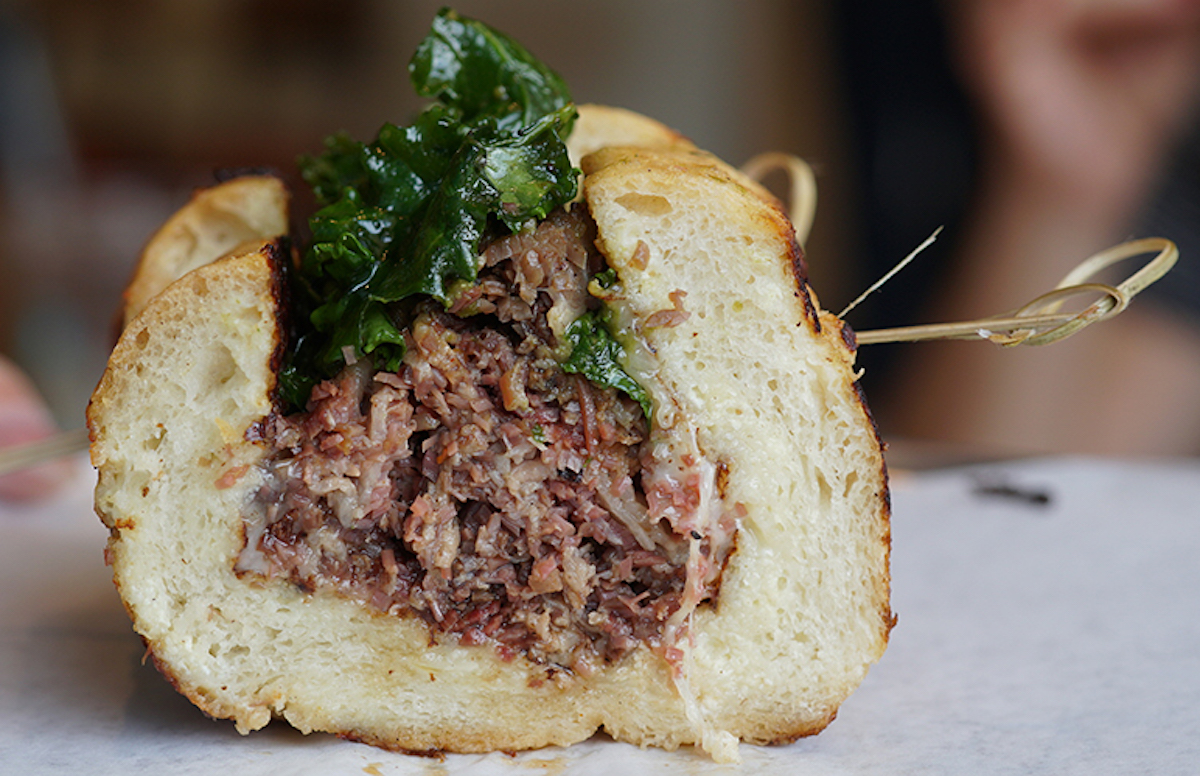 The savory pastrami french toast sandwich substitutes a house-made baguette for the toast. The pastrami is cured in-house for a week and topped with kale pesto slaw and Irish white cheddar. The slaw has a grest pesto flavor and keeps the sandwich from feeling heavy. For cheese lovers like me, the only regret is it could use more cheese.

Outside, we run into a lunch meeting of HONOLULU Magazine staffers. They swear by the meatloaf sandwich, an unexpected hit they say is fantastically light and savory, especially with its taleggio cheese topping; the delicate octopus terrine, and of course, the fries.

Save room for dessert. Trust me. The recipe for the tiramisu is from Gramuglia’s mother. Lady fingers soaked in coffee and marsala are tucked between silky layers of cocoa and mascarpone cream. Each flavor comes through in a light, airy, creamy dessert that basically is what tiramisu dreams are made of.

For chocoholics, the sacher torte is a must-have. This decadent cake has a thin layer of apricot jam, a drizzle of brandy, chocolate icing and a dollop of unsweetened whipped cream. The chocolate flavor is intense, but the cake is light and the jam and whipped cream prevent it from being overly sweet.

There are still a bunch more dishes I want to try: the open-faced smoked tuna melt, garlic-lime fried chicken, truffle fondue sweet potato toast, the meatloaf—the list goes on. I’ll be back soon.