In April, Sunrise Restaurant was three months behind on rent and facing an ultimatum: Pay the back rent and May rent—$13,314—by April 30, or find another home. The landlord had tried to help, holding off on customary increases through the pandemic and waiving late fees. But after 23 years, Chokatsu and Tomoko Tamayose’s Okinawan hole-in-the-wall had zero options left. Without help, it would close for good.

Why that didn’t happen—why Sunrise is still serving pig’s feet soup, pork tofu, Okinawan stir-fried soba and fresh sushi in its cozy spot off Kapahulu Avenue—is told here by Shari Tamashiro, a customer who became a regular and then a friend. 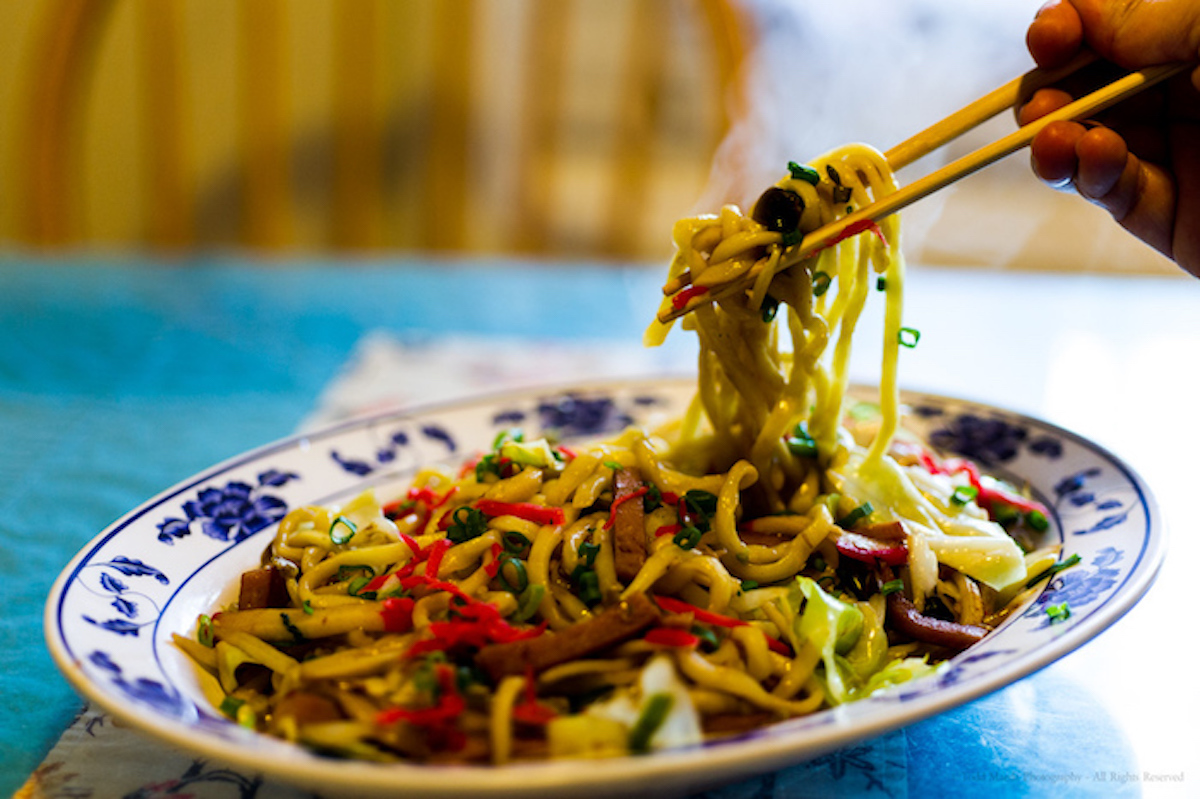 “Tomoko contacted me around April 15 to say that they were in trouble. These mom and pops, they’re uncomfortable asking for help. I think it was only because from the beginning of the pandemic, I’d been checking in with them because I was really worried. They’re older, they never used social media, they didn’t have a way to communicate with their customers. I said if you ever need help, call us, and we will help you.

“Fifteen days to raise $13,000 wasn’t a lot of time. The Hawai‘i Okinawan community has this value called yuimaru, support one another. I wasn’t worried about raising the money. I just didn’t know if we could raise it that fast.

“I set up the GoFundMe on the 16th and in less than a day we raised $15,000. We set a goal of $15,000 so they could make that payment on April 30 and keep their doors open. But it was like a Band-Aid. December, January, February were really slow for them because that was the [pandemic’s] second wave of the Omicron variant, and they saw way less takeout and they weren’t open for dine-in. They had unexpected costs and they fell behind.

“So the GoFundMe was kept open with the plan that anything above $15,000 would create a financial safety net. I didn’t want to just raise money and hand it to them. We were trying to help strengthen them for the future—not telling them what to do, just asking can we help you. So we have a retired bank executive who is gonna be meeting with them to talk about finances and savings. Chris Iwamura from Rainbow Drive-In and Gene Kaneshiro from [now-closed] Columbia Inn—Chris is a regular at Sunrise and Gene goes to the same church as Chokatsu and Tomoko—both of them are gonna sit down with them, go through their financials, and maybe guide them on things they can do to make the restaurant more profitable so they can be safe for the long term. Keith Nakaganeku from Cherry Co. has agreed to advise them on restaurant supplies. So many lawyers have volunteered pro bono legal services. Roy Yamaguchi is planning to shoot a video to help introduce his network to the food at Sunrise and maybe get new customers for them.

“The first wave that came in, about $5,000, was from my friends, most of whom are not Okinawan. But I always drag them to Sunrise. The second wave came from Okinawa and other parts of Japan. The third wave was Hawai‘i Okinawans.

“A lot of Okinawan students who are studying at UH Mānoa and Kapi‘olani Community College find their way to Sunrise. Chokatsu and Tomoko tell them if you’re homesick, come here and we will feed you. If money is tight, I know he doesn’t charge them. Or he’ll give them like a 50% discount. One of them, Arisa, they took care of her the whole time she was at KCC, especially when she missed her family. A $5,000 donation came in from her dad in Okinawa. 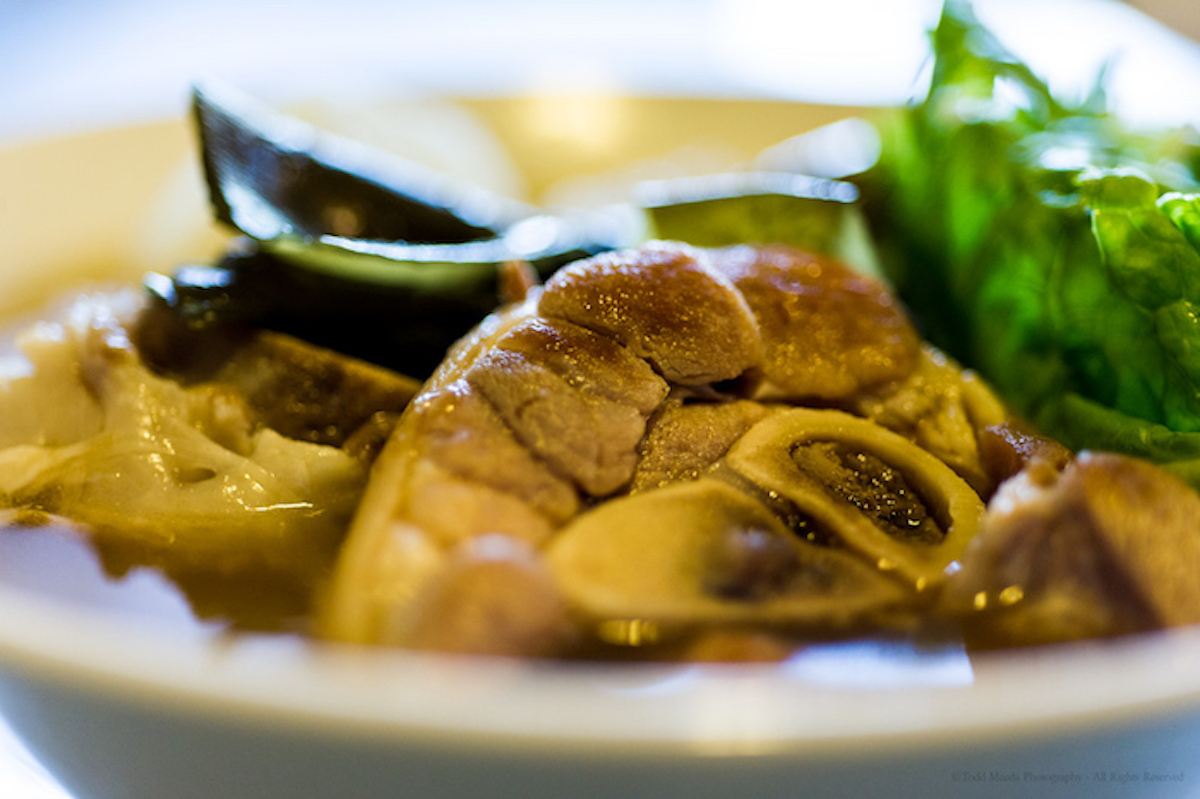 “Chokatsu and Tomoko, they’re so incredibly generous and maybe that was one of the problems. They’re always thinking about others. I don’t think they understood how important Sunrise is for Okinawans who are visiting Hawai‘i or Hawai‘i Okinawans or anyone who wants to experience Okinawan food and music.

“Sunrise is a connection to our culture. It’s a gathering place. Personally, this was really important because I was not connected to the Okinawan community. I started going to Sunrise and Chokatsu was constantly introducing me to people. That was my introduction into the Hawai‘i Okinawan community.

“Chokatsu has a very big personality and he’s always interacting with guests, entertaining them. He would be yelling, ‘Hey Mitchell, you single, yeah? This lady from Okinawa, she single too. Give her your phone number.’ If he has time he will be playing the sanshin and singing Okinawan folk music and his wife joins along with the sanba, another Okinawan instrument. He loves it. Cyrus Tamashiro [of Tamashiro Market] gets up to sing and he’ll join in.

“So after maybe a week and a half, I shut the fundraiser down. It ended up with $71,000 with the GoFundMe fees taken out. Tomoko was just absolutely in tears.

“I’m really proud of them. They learned how to use social media. They changed the menu so it’s more takeout-friendly. They had to completely change how they were doing business.

“And I love the Hawai‘i community. It was like, this is precious, let’s save it. This was really nice because we could give back.” 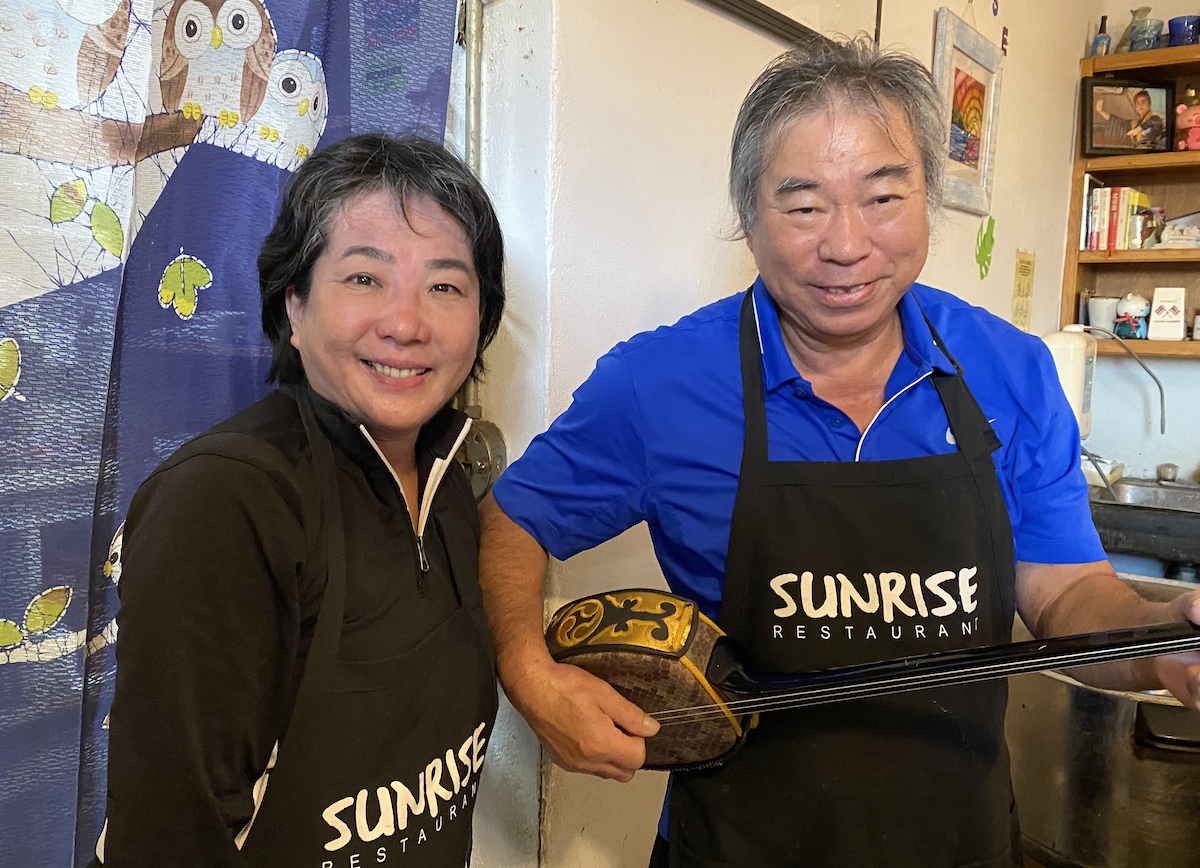 Tomoko and Chokatsu Tamayose, with his sanshin, at Sunrise on Saturday. Photo: Mari Taketa