Like every other restaurant, Mānoa’s Feast struggled to stay ahead of the pandemic. Then it tried out a 21 dollar lobster roll. Feast, Jon Matsubara’s elevated plate lunch spot in Mānoa, made one year in September, but not in a way you’d expect. The beginning was promising—the restaurant got tons of media coverage, foodies and businessmen drove into the valley for Matsubara’s twice-fried chicken and lechon-style roast pork roulade, and bookings came in for private wine dinners and catering. Matsubara increased his staff. But in the spring, work on East Mānoa Road in front of his restaurant cracked his sewer pipes and water lines. Feast was forced to close. And then COVID-19 shut down the state.

The restaurant wouldn’t reopen until May. It was just takeout—Feast never had table service, though you could stay and eat after you picked up your takeout—and without the high-end dinners and catering gigs, business plummeted to 30% of pre-pandemic levels. Matsubara started offering produce bags and frozen and chilled food. In July, he tried out a $16 steak-and-cheese sandwich and a new teishoku, a bento box of rotating proteins like soft shell crab and pulehu short ribs with miso soup and a salad. Both gained traction; one day he sold 66 steak sandwiches.

And then J’mi, his wife, suggested he try a lobster roll. It features chilled Maine lobster meat mixed with the house umami mayo, which draws flavor from bonito flakes and soy sauce. It’s dressed with warm butter, topped with scallions and dill and served on toasted King’s Hawaiian sweet rolls. Here’s what happened next, in his words: 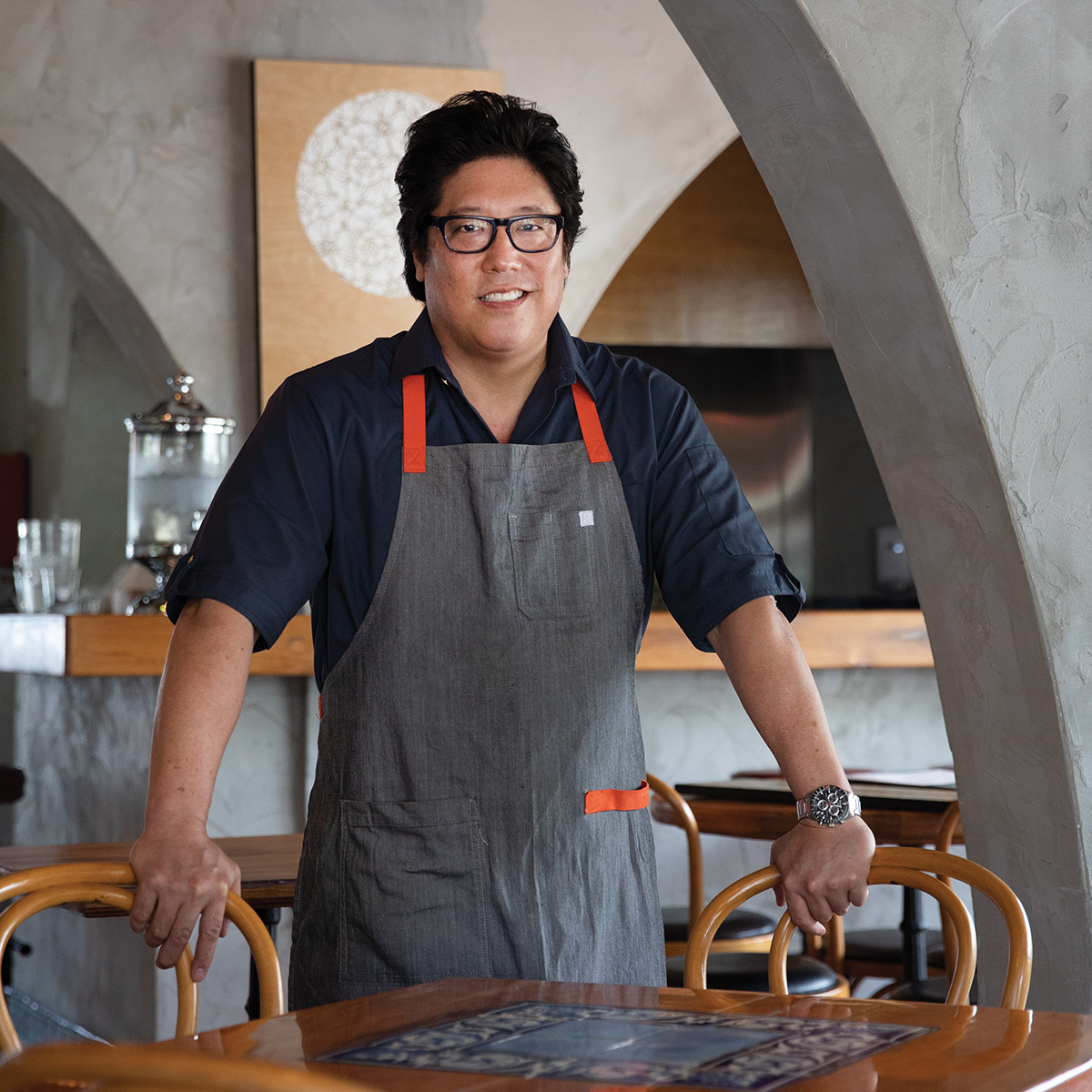 “Lobster meat is expensive, right? So, in order to sell lobster at a takeout place and make your food cost, to me it didn’t make sense. It went against everything we were planning with COVID. People were being laid off. You don’t run a luxurious special, right?

“But the way the world worked, when they shut down everything, nobody was buying anything and a lot of the seafood vendors were having to push. So, they ended up having seafood specials.

“Once I found the product and got the price point, I wanted to lock that in. That was half the battle, not just to create a special I couldn’t sustain over a long period of time.

“The lobster roll, it was picking up. And then August, it went nuts after Frolic posted it on Instagram. I mean you would see people waiting in line around the corner to get in. We couldn’t even pick up the phone. There were too many calls. The online ordering was already booked. People waiting in line, we had to tell them, we don’t have anything until an hour from now.

“For the first time in my life, to see that many people. We were selling thousands and thousands of lobster rolls. I started to see that we couldn’t just cap it at 50 or 100. We had to keep making it as long as people were buying it, because more people were coming in and trying different things on the menu, and they were coming back. And the thing was we would see the same people come in to buy lobster rolls once, twice, three times, and they would bring their friends. It’s a unicorn. We never saw anything like this.

“Then two or three weeks later we started going crazy. We got slammed by word of mouth. People would announce, hey we came all the way from Waiʻanae. Mililani. ʻEwa Beach. Our friend said we had to eat it, or my mom told me to try it. They would come and say I heard your salt beef watercress is good, or your hamburger steak. So, our business went up. Those were some of the days we were like, holy cow. Everybody from garbagemen to policemen to businessmen. The thing started to have a life of its own.

“The best one was the ‘opala guys in our neighborhood, they jumped out of the garbage truck and said oh, we ordered online. We said you guys are 15 minutes early. They’re like no worry, we’re gonna go around the block, pick up rubbish. So that’s what they did, then they came back.

“On a busy day we gotta start cooking 20 minutes before we open because as soon as we open, we have to put down 40, 50 plates. I tell the boys, grab your water, use the bathroom now. Because 10:45 to 2:30 you don’t get a break, you’re just getting pounded.

“Our kitchen is small, we have two cooks. The most we can pick up is 30 to 40 dishes per half an hour. The lobster roll is fast. Burgers and fish have all these sauces, and you’re cooking them a certain way. We didn’t want to upset the regulars so we didn’t want stop our regular items—the salmon, the soba. You want to make your new customers happy, but you want to make your regulars happy, too.

“Here’s the lesson: This by no means is a guarantee. I’ve been tracking it every month and it’s been helping, which is great, but there are days when I see the reality of COVID. I just want to be realistic about it. Some days we sell over 200 lobster rolls. Imagine that. Two or three times a week. And there’s other times maybe we sell 50 a day.

“I don’t know how this thing is gonna turn out. Maybe it’s just a summertime thing. Maybe at Christmas people will focus more on Christmas stuff. I just wanted to offer it for the best value I could. When life gives you lemons and COVID, eat a lobster roll. A lot of people were saying we still have a job, we still have the same amount of money, but we’re not able to go anywhere so might as well treat ourselves.

“My cooks are happy. That’s the best feeling. They come up to me and they’re like I don’t think there’s a lot of restaurants that are this busy.

“It just goes to show you, man. Like, what do I know? I worked in this industry for a long time but I could never predict this. Even the patterns of human behavior: I would never have put money on selling a high-end thing in a time like this. That’s the beauty of the restaurant industry. You just gotta keep trying.”