Easter doesn’t feel right in our home without hot cross buns. These spiced yeasted rolls bearing a cross mark on top are traditionally eaten on Good Friday. I have to say that stuffing sweet bread in my mouth sounds like the perfect way to celebrate the end of Lent (even though, often I haven’t given up anything for the observance).

I’ve perfected my technique over the years since the early days when the texture of the buns was more like a hockey puck than a pillow. This year I was excited to share the tradition with my 5-year-old son, Duke. We love to bake together, and he’s become quite an eager helper in the kitchen.

Luck would have it that I had leftover instant yeast in my refrigerator from my baking frenzy during the pandemic lockdown, but I was nervous that it may be past its expiration date. Happily, everything worked out and the buns rose to high heights! Tip: Buy fresh yeast, because it’s not worth risking it on a recipe like this that takes time and effort. To that point, I will warn you that making buns is an all-day project to allow the bread to rise. But, I promise, the fluffy buns are worth it!

Despite the time commitment, I love that this recipe uses simple ingredients that you probably already have on hand, and that it doesn’t require a stand mixer. Instead, you knead the dough by hand, which is the best part for the kids.  Our dough turned out particularly sticky, which Duke relished, but we remedied the situation by dusting on more flour. 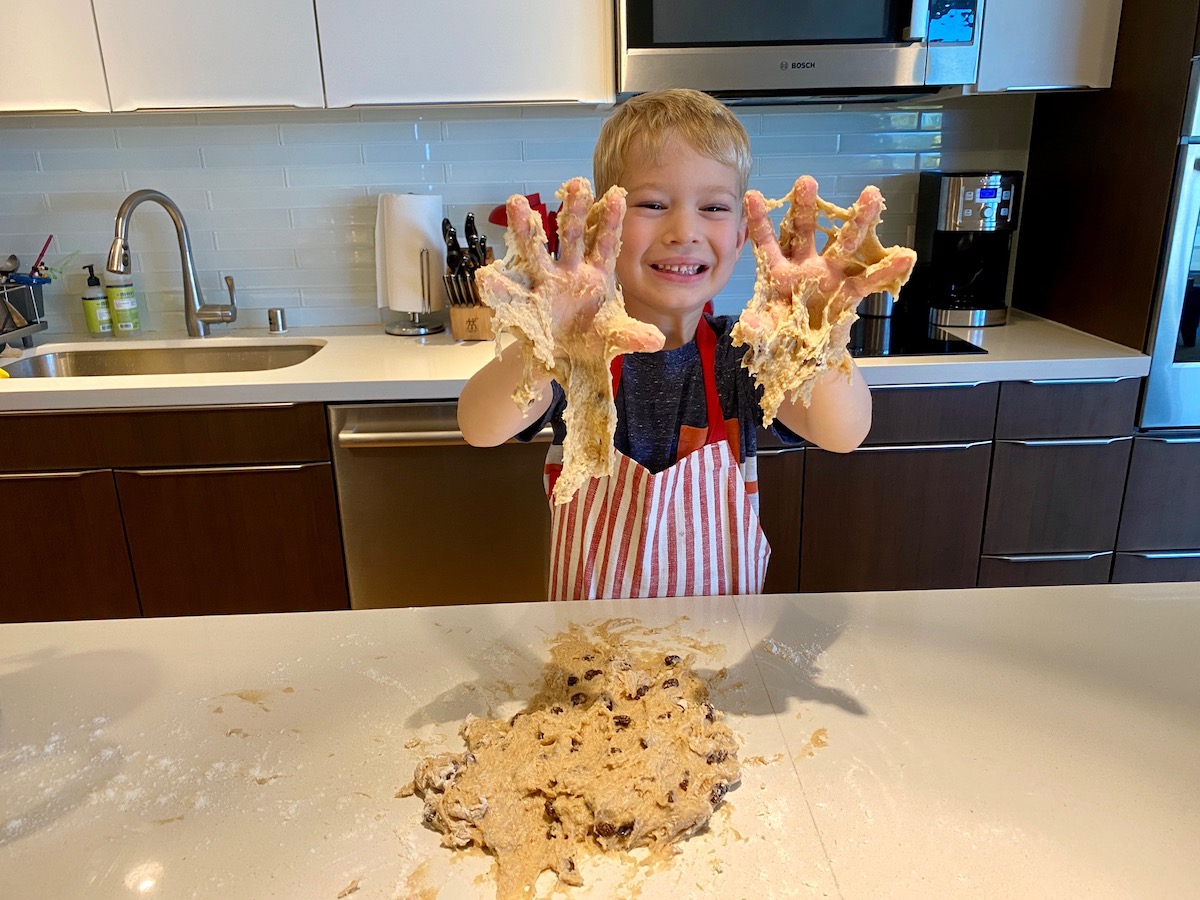 To Duke, 5, kneading the dough is part of the fun. Photo: Laura Dornbush

Holding on to tradition, I followed the below recipe to a T, but Duke couldn’t resist making his own modifications, namely picking out the raisins, shaping his dough into a donut shape and adding a load of sprinkles. If you’re like Duke, try these alterations to make the recipe your own: 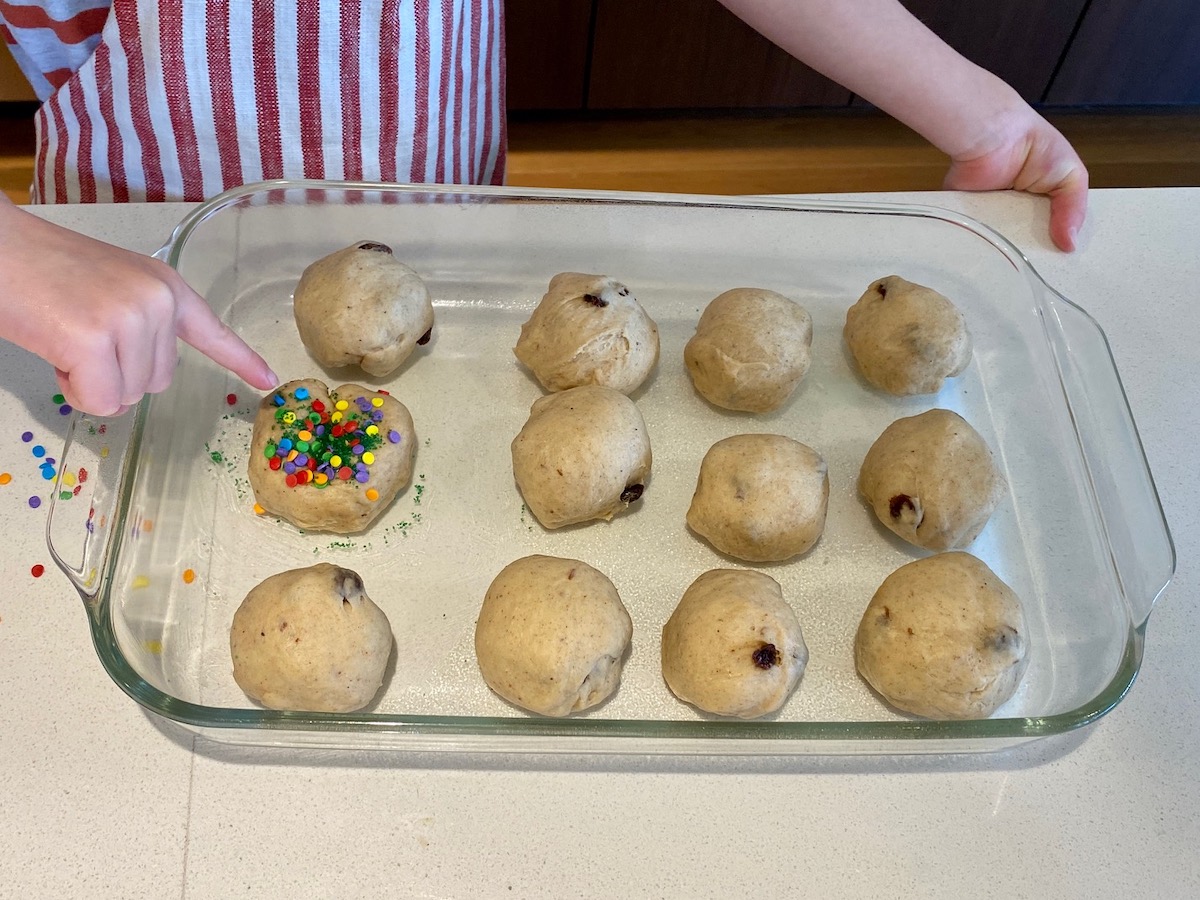 You can be creative with your dough! Photo: Laura Dornbush

Looking for more Easter Fun? Check our Easter Corner for a roundup of events and activities, at-home craft ideas and even virtual storytimes!