The sixth Hawaii Food and Wine Festival arrived on Oahu on Wednesday night with a round of themed galas, day events, wine seminars and battles for supremacy in haute ramen and brunch stretching through the weekend. The Oahu events follow a series on the Big Island and Maui, with dozens of celebrity chefs from Hawaii, the US, Pacific Rim and Europe showcasing Hawaii ingredients in unique dishes created for the festival. 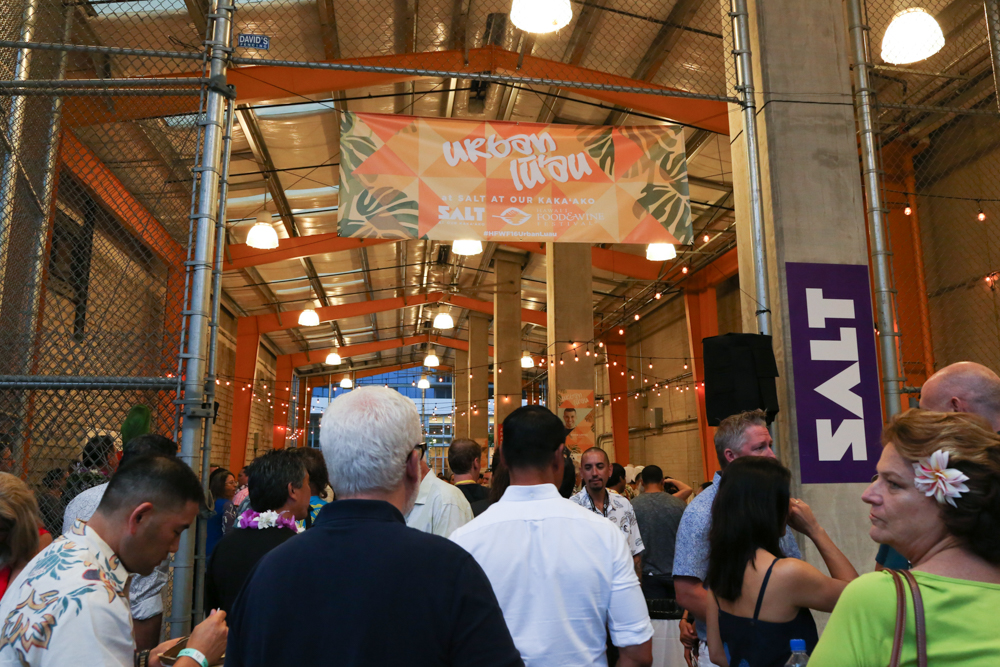 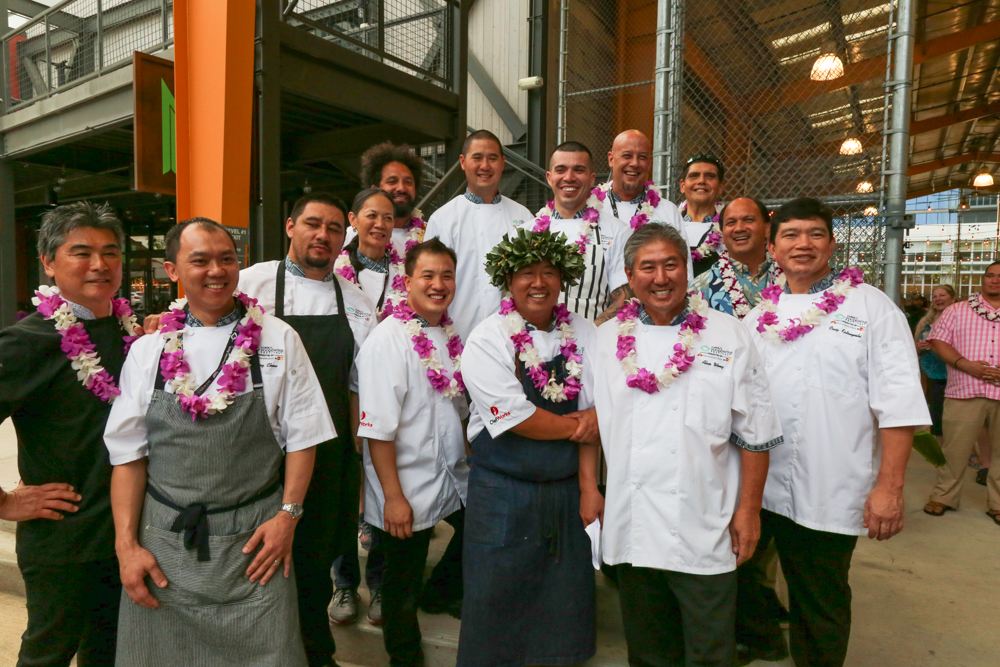 Chow’s Pono Pork tenderloin pastrami with pickled Napa cabbage, orange supremes and cilantro shoots was a twist on kalua pork with a nod to New York. It won over eaters with a big, smoky flavor balanced by sour and sweet. 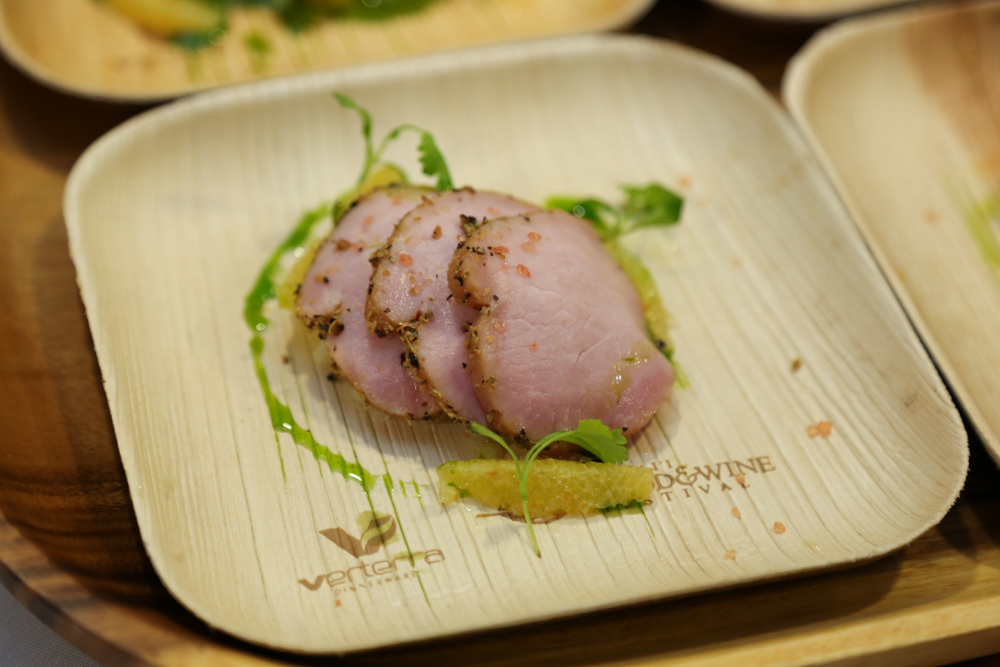 One of the night’s most unique dishes: Eddie Lopez of the Mill House offered a take on kulolo, served as ice cream spooned into mini cones. 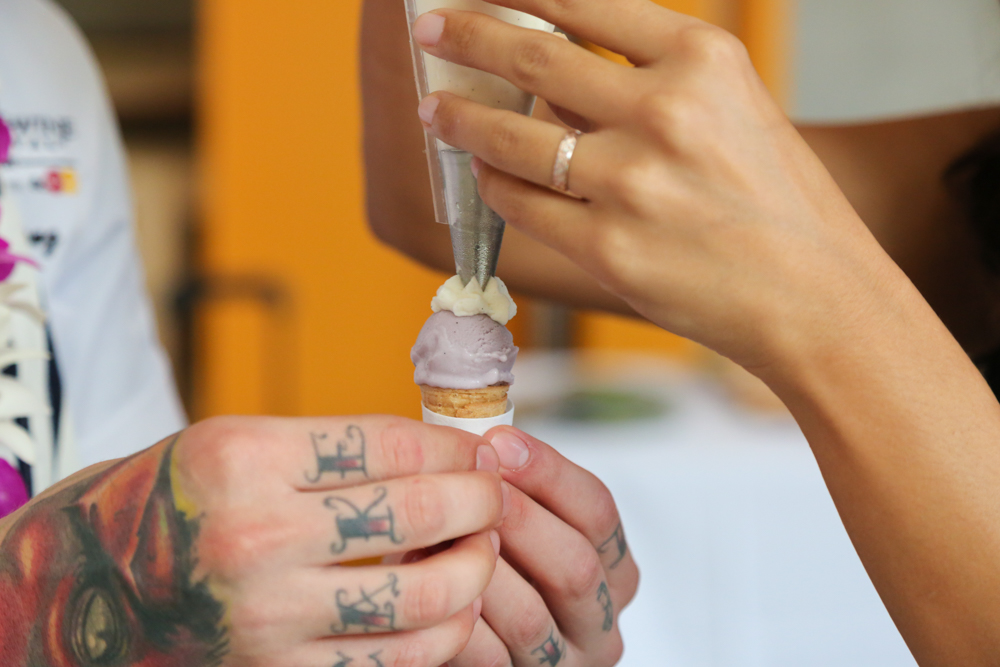 Those who wandered over to Mark Noguchi’s table were in for a surprise. The Pili Group chef served bites of a composed paiai appetizer with elements of octopus, fish, dried shrimp and limu directly into diners’ mouths. This was followed by a shot of beer. Ultimate pau hana! 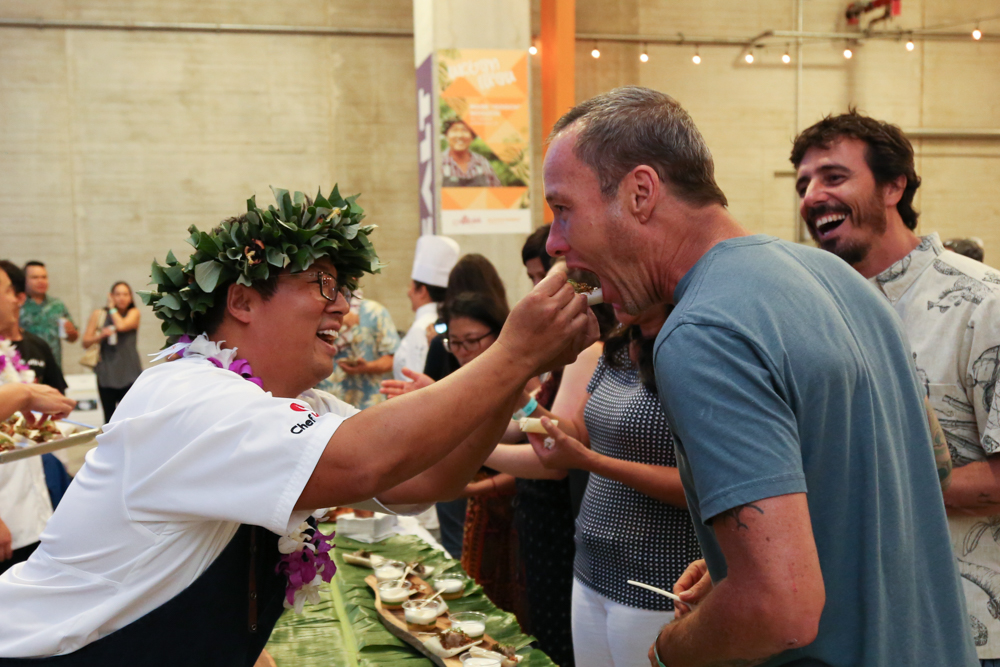 Noguchi prepared a poke shot, beer back and treated guests to a tasting experience from the hands of the chef. The eater here is his old boss, Ed Kenney of Town restaurant, Kaimuki Superette, Mud Hen Water and Mahina and Sun’s. Kenney is in the lineup at Saturday’s Foodtopia gala at Ko Olina. 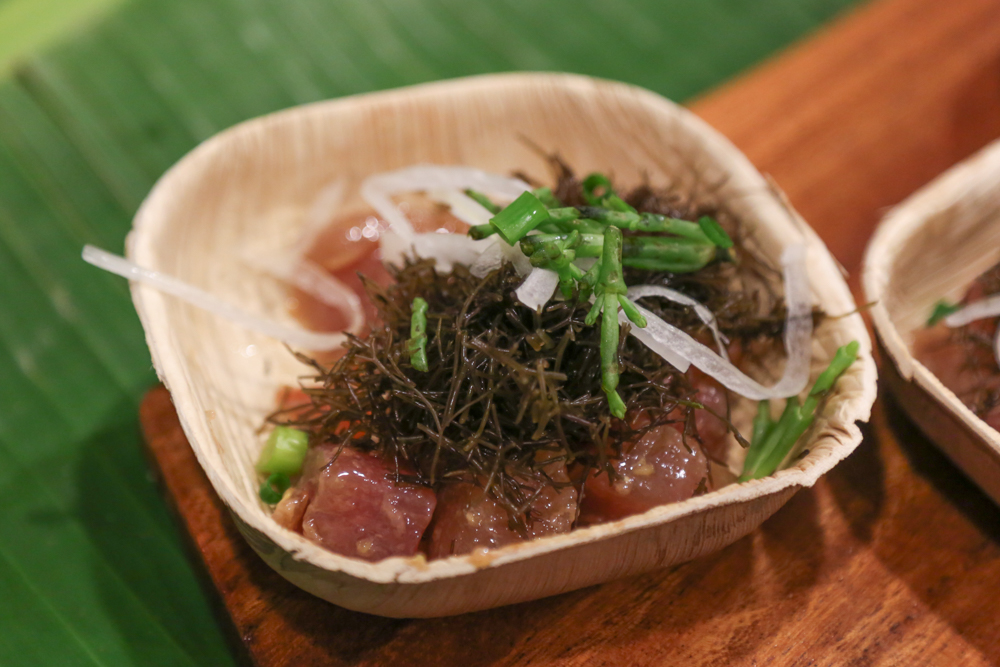 Traditional poke from Alicia’s Market: fresh fish, crunchy seaweed and the salty burst of sea asapargus made this a crowd favorite. 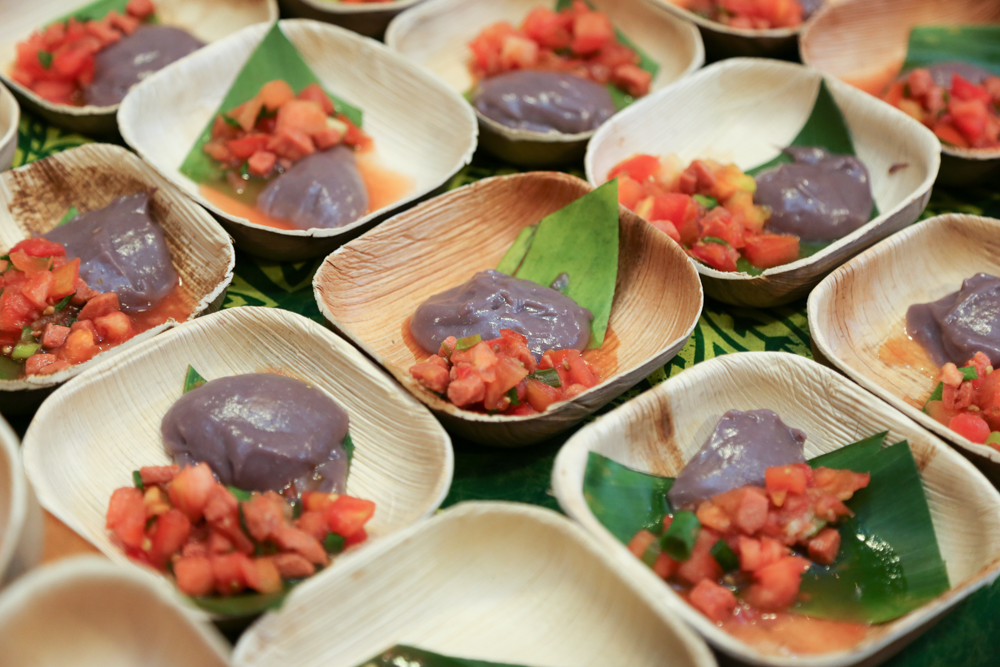 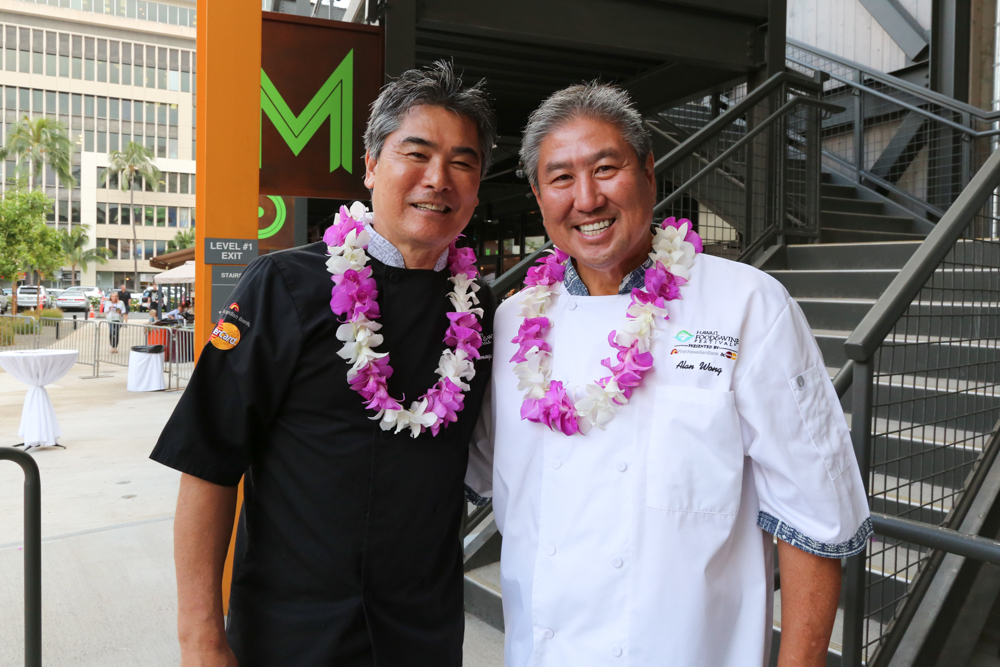 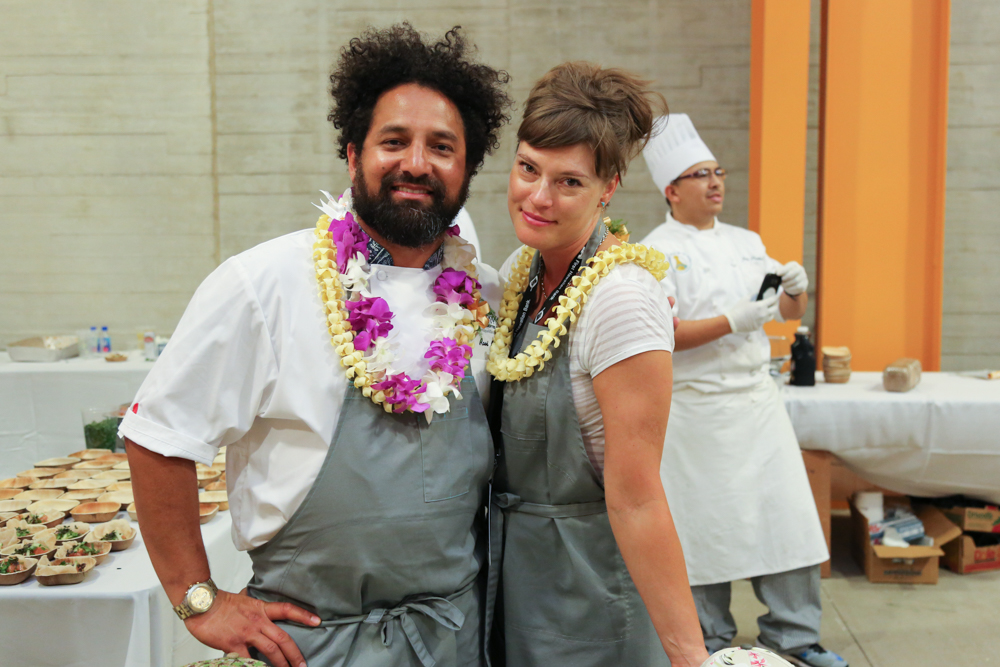 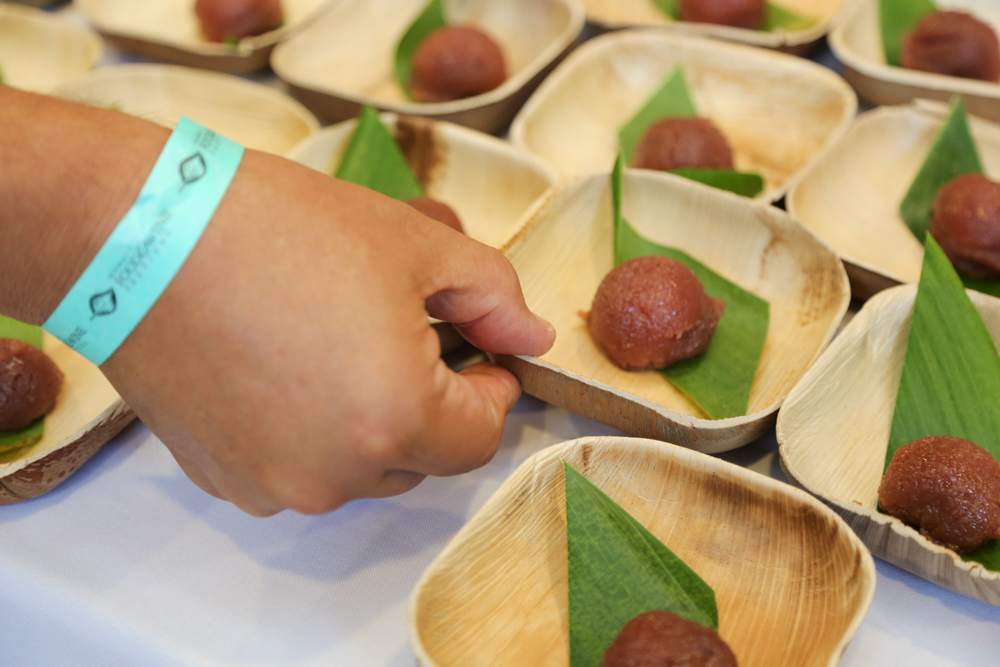 The traditional kulolo is a little bit earthy, sweet and very sticky.

The Hawaii Food & Wine Festival continues with The Hungry Monkey at the Modern Thursday night, Oct. 27, and A Culinary Flight at the Hawaii Convention Center on Friday, Oct. 28.

Here’s the full schedule on Oahu.