Infused with local botanicals like hibiscus and jabong, this new-style gin is made from Namihana sweet potato shochu on O‘ahu’s North Shore. 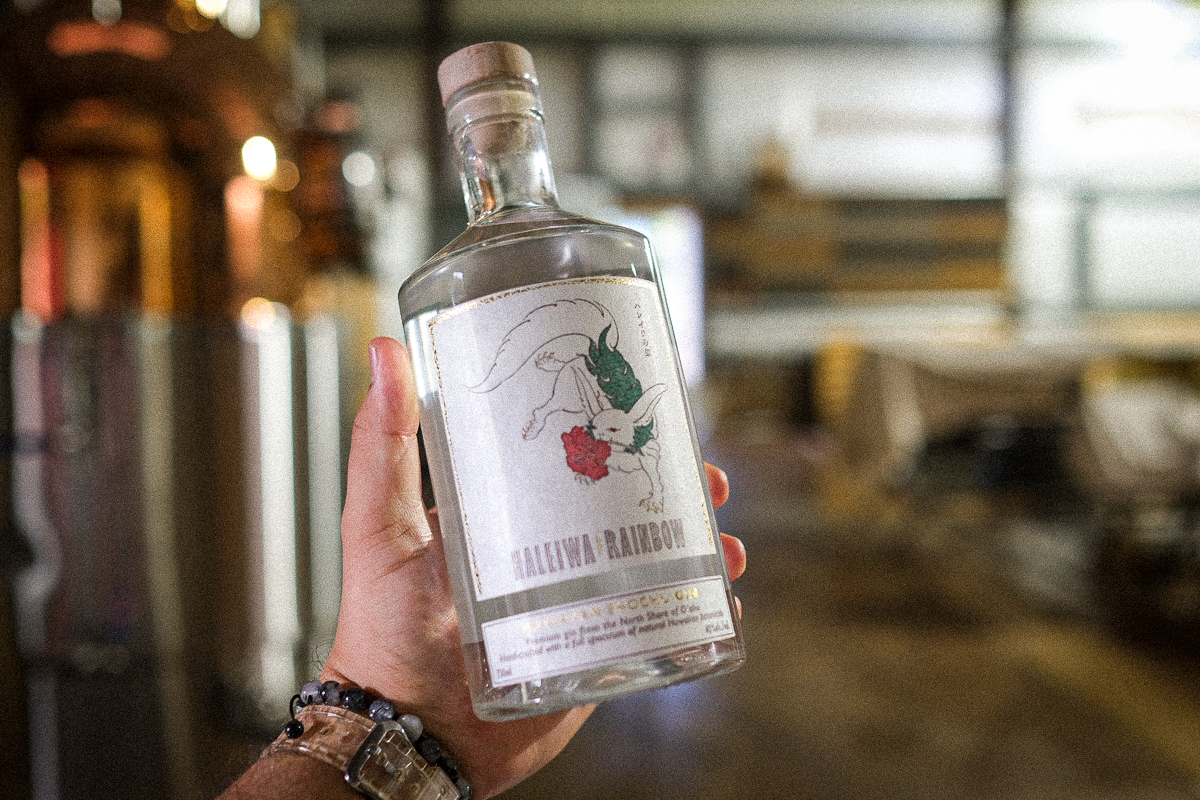 “It’s a different culture,” Ken Hirata says about the process of turning his shochu into gin. This is what the maker of O‘ahu’s acclaimed Namihana shochu has just done—distilled this Japanese sweet potato spirit with local botanicals to produce Hale‘iwa Rainbow, one of very few locally distilled gins. Why? The answer mirrors the reason Hirata makes shochu, which he loves: He also loves gin.

We’re alive at a time when milestones in Hawai‘i’s food and beverage culture are being realized. Driven by dystopian fearlessness or maybe just a lot of extra time, creative taste makers have taken to pursuing what they love. It was during the pandemic-induced quiet time in the summer of 2020 that Hirata began experimenting with turning his sweet potato shochu into gin. He released his first bottles of Hale‘iwa Rainbow on Oct. 24. I drove out to the North Shore on a hot afternoon for a first taste.

A friendly Pomeranian mix named Imo—Japanese for sweet potato—greets me at the door of Hirata’s distillery under the shade of windblown trees, just around the bend of Paalaa Road in Hale‘iwa town. Hirata gives me a bottle of Hale‘iwa Rainbow; we sit together and taste it neat, then with ice and let the gin open over some time. The more you sip the more you taste, an effect that comes from the gin’s layered nature: The botanicals Hirata has added to the base of sweet potato shochu include lush green ti leaves, fragrant hibiscus, salty limu, delicate butterfly pea flower, ripe mango and bright jabong—a veritable rainbow. 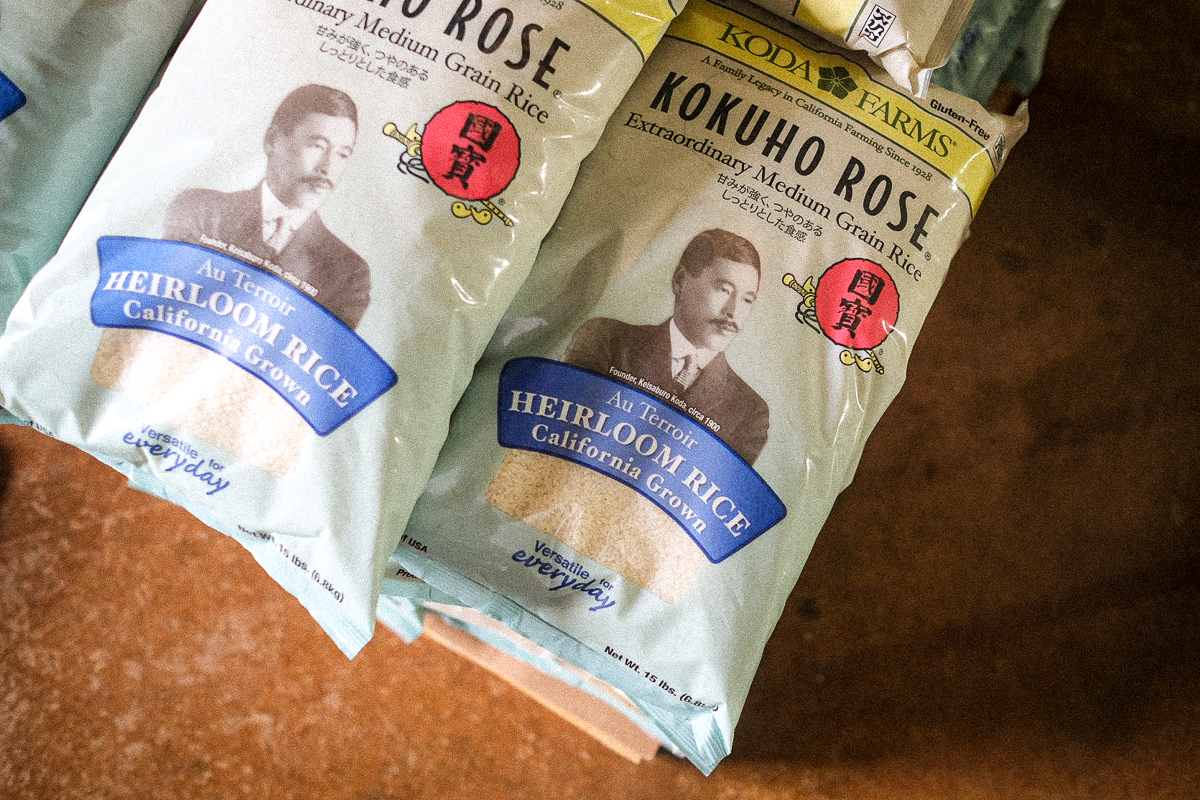 Initially the nose comes in hot and smelling high-proof, even though it’s only 40% alcohol, the minimum required to be classified as gin. Then creep in notes of grassiness and a light aroma of juniper. Left to sit on the tongue, it starts to impart a salinity that gives it the whisper of a savory finish. It’s when sipping the gin over ice that I discover the sweetness of mango and high notes echoing the oils and pith of jabong. Hibiscus provides tartness that carries into the finish, while butterfly pea flower subtly rounds out some of the edges. I’m a fan of gin that’s light on juniper, a more New World style; in this moment all I can think about is layering some light honey and fresh liliko‘i over the fragrant spirit and finishing it with a splash of club soda.

If creative writing is like mulling wine, distilling is the poetry of a place. Gin is usually made with neutral spirits that have been fermented once, then distilled over and over again to produce the cleanest, most odorless and ultimately most consistent result. Although technically a science, the act of distilling can carry profound symbolism, conveying the essence of the land and its botanicals. In the case of Hale‘iwa Rainbow, the base of Namihana shochu—which has been fermented twice and distilled once—adds a fascinating complexity. The result is something completely new and very special. 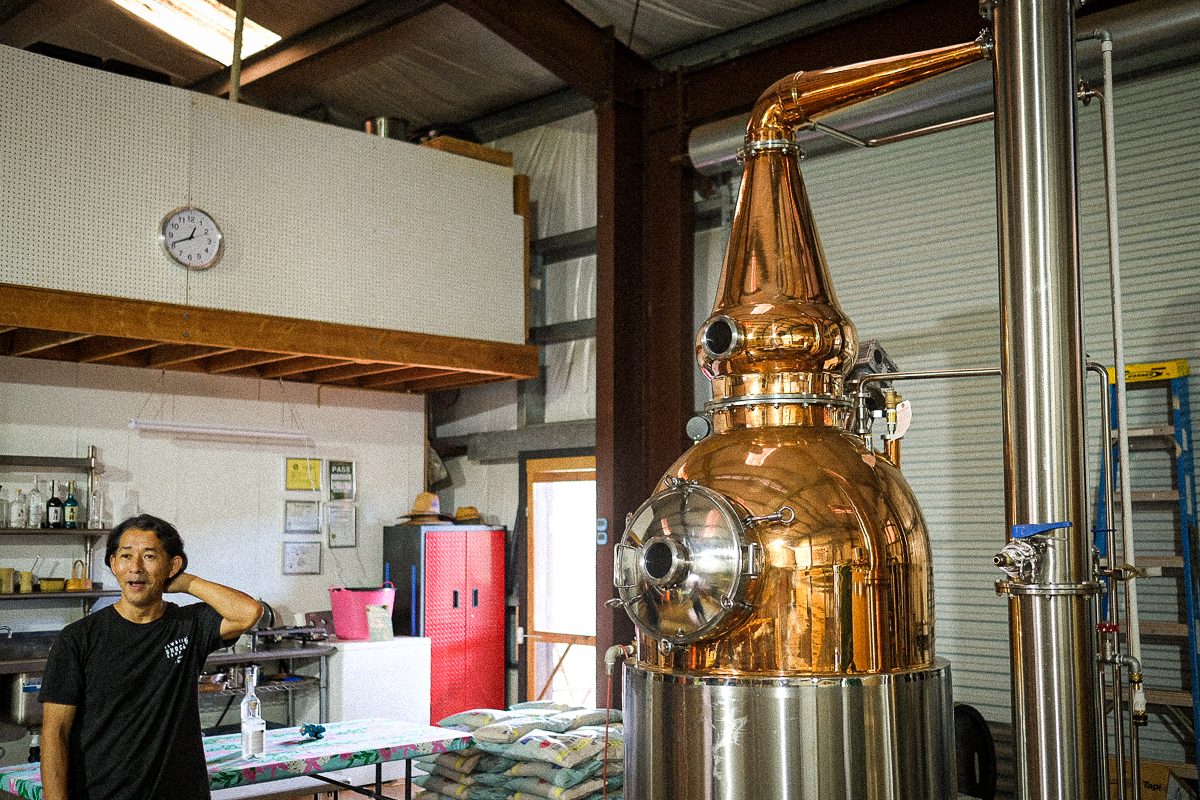 As he distilled sweet potatoes and koji-cured rice into batches of Namihana, the desire to make gin was in the back of Hirata’s mind. “It’s the sign of a really good bartender,” he says of the gin cocktails he seeks out after a casual izakaya meal. No one had ever made a gin that reflected Hawai‘i—and there were no rules, except that to be a gin, a spirit had to include juniper. Hirata acquired a copper still from the folks who supply Kō Hana Rum. As with Namihana, his aim was to capture Hawai‘i’s terroir, the characteristic flavors of the natural environment. So all the botanicals in his gin except the juniper come from Hawai‘i. He experimented with them in holding tanks filled with distillations of his shochu base and Italian juniper. 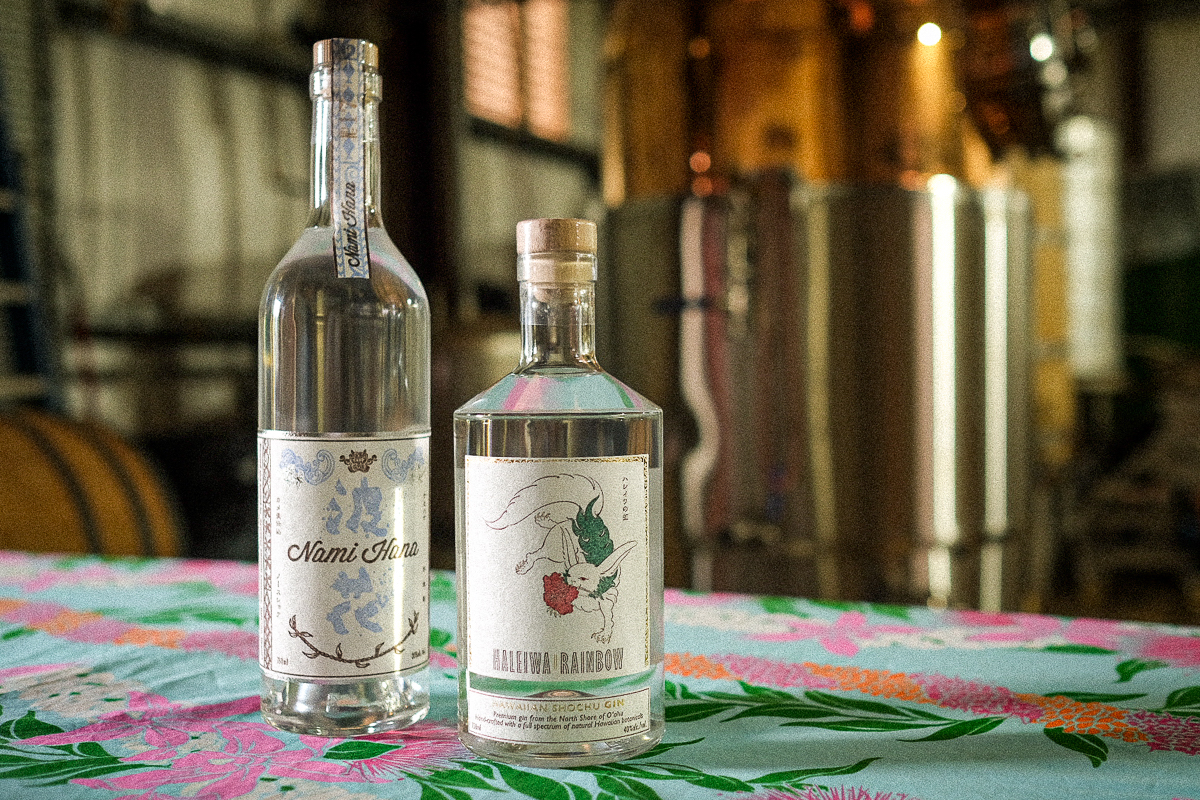 The fact that this is Hirata’s first batch of Hale‘iwa Rainbow leaves open infinite possibilities for its evolution. He may try macerating some botanicals to draw out more flavor or leaving them in the tank while distilling, for example. This is what he means when he talks about different cultures of distilling. Larger companies automate almost every part of the distillation process. The aim for them is clarity, perfection even. For Hirata, all the character of Hale‘iwa Rainbow is developed during the hands-on process before distillation. Experiments with different varieties of sweet potatoes, sweet potatoes from different islands and different parts of each island, different botanicals for the gin, different treatments for the botanicals: As the land changes, the ingredients change, and as they do, so does the spirit. Then, after distillation begins, “we don’t touch it,” he says.

Whether you’re a gin lover, looking for a gift for one, or just intrigued, I encourage you to make an appointment to visit Hirata at Hawaiian Shochu Co. And say hello to Imo.

The Making of Namihana Shochu

To comprehend what Ken Hirata has created with Hale‘iwa Rainbow takes a basic understanding of how he makes Hawai‘i’s only locally distilled sweet potato shochu. Hirata, who in a former life brokered U.S. interest rates in Hong Kong, fell in love with sweet potato shochu and studied under a master shochu craftsman in Japan before arriving in Hawai‘i to build his distillery. Hawaiian Shochu Co. produces Namihana, a small-batch shochu made from different varieties of local sweet potatoes.

First, Hirata and his wife, Yumiko, steam Calrose rice from Koda Farms in California in a large wooden steamer. Next, they sprinkle koji (a type of mold used in making miso, sake, soy sauce and more) over small wooden trays of freshly steamed rice. For days, in a humidity-controlled koji room, Hirata rotates the rice to maximize surface area for the koji to populate on the grains. On the days that he’s not steaming rice, he’s steaming sweet potatoes to make sweet potato mash. The sweet potato mash is left in four-foot-deep earthen pots dug into the ground, presents from Hirata’s shochu master, for a first fermentation. Afterward, the koji rice is added to the sweet potato mash for a second fermentation. The mixture is then moved to a wooden still whose temperature is increased until the shochu is distilled into a holding tank. It takes two months of micro-distillations to make a thousand-pound batch of shochu, and then another four to five months of maturing before a 3,000 bottles of Namihana can be filled, which happens every six months at Hawaiian Shochu Co. Hirata sells most of it to local restaurants and customers who make appointments to visit; the rest goes into the making of Hale‘iwa Rainbow gin.