Cozy up with these two new, and one soon-to-be released, Hawai‘i-centric books. 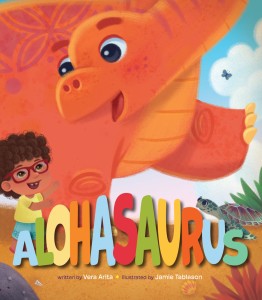 The author of All Around the Islands, Can You Catch a Coqui Frog?, Animals Sing Aloha and Alphabet Hukilau recently released this new picture book featuring a darling dinosaur who lives in a cave on Kaua‘i. The heartwarming tale reminds keiki that friends come in all shapes and sizes. 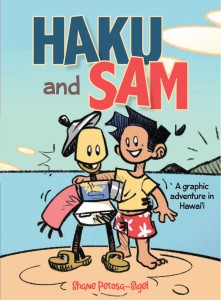 written and illustrated by Shane Petosa-Sigel

This graphic novel by a lifelong Kailua resident tells the story of how Haku and Sam became best friends. Early readers can follow along with their antics and adventures in Hawai‘i, with comic-booklike visuals, which help with reading comprehension. This book’s great for teaching keiki about the sometimes intimidating feelings that go along with making new friends, but also the benefits of doing so. 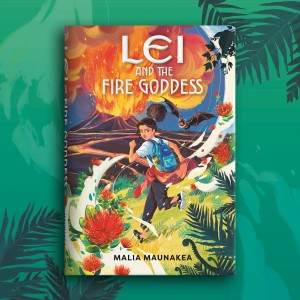 Lei and the Fire Goddess

A 12-year-old part-Hawaiian girl living in Colorado doesn’t believe the legends and folk tales her tūtū tells her, until she accidentally destroys a lehua blossom while on a visit to Hawai‘i—and a giant hawk appears, kidnapping her best friend. Middle-grade readers will be enthralled when Anna finds herself in a battle with mythical creatures, teaming up with demigods to avoid the traps—and undo the curse—Pele has inflicted on her.

Good Reads: New Books to Add to Your Keiki’s Bookshelf

Looking for a Summer Read for Your Kids? Read This!