The other day I had lunch with HAWAII Magazine editor Derek Paiva and the acclaimed food critic (and Scorpio) John Heckathorn.

They took me to their favorite Vietnamese restaurant that they said served the best pho around.

I love pho. And I trust Derek and John. There was no convincing me to go.

So we headed to Saigon Restaurant Vietnamese in Chinatown for what they say is the best bowl of pho they’ve ever had. (Or something to that effect.)

I had been to several restaurants in Chinatown, all claiming to have the best pho. I hadn’t tried the one at Saigon, but after experiencing some mediocre bowls in downtown, I didn’t have the highest of expectations.

But I have to say, this was one good bowl of pho.

Like most restaurants, the pho here was served with the traditional white rice noodles — that weren’t soggy — in a clear beef broth. The broth is typically made by simmering beef bones, oxtails, flank steak, charred onions and spices (including star anise) for hours. 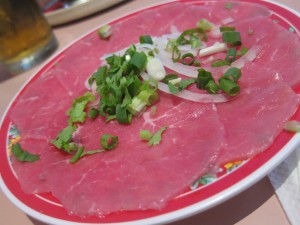 What makes the dish — and it’s probably the same for ramen and saimin — is the broth. It has to have strong flavors that aren’t overpowering. It can’t be too oily or salty. It has to be perfect, allowing the flavors of the other ingredients — raw meat, tripe, meatballs, rice noodles, fresh basil leaves, cilantro, bean sprouts — to peek through.

A friend of mine asked me why I like pho so much — and whether I’d choose pho over, say, ramen.

That’s a tough one.

Sometimes I prefer pho over ramen — which I love — because the broth is cleaner the flavors crisper. But ramen is a hard dish to beat, with its robust and flavorful dashi and noodles that melt in your mouth.

But there’s something refreshing about a bowl of pho. As one blogger wrote, “Take liquid soul from Heaven itself, add rice noodles and raw flank steak strips … and put it in a bowl.” That’s pho. 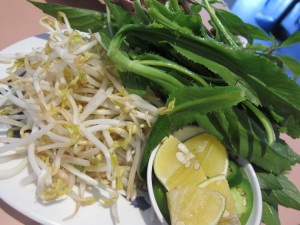 I’m always looking for the best bowl of pho. I posed the question to my Twitter friends — a great bunch of foodies — and got various suggestions from To Chau Restaurant on River Street to Pho 97 on Maunakea Street to Hale Vietnam in Kaimuki.

I don’t think I’ve found it yet — but I’m willing to keeping looking!

Got a favorite pho? Share it here. Maybe your suggestions will turn into a future blog post devoted to one of my favorite wintertime meals.

THE GIST: The longest running show in Broadway history, “Cats” returns to Hawaii with all of its feline fantastic-ness. Shows run from Dec. 28 to Jan. 2 — and tickets are still available online at www.ticketmaster.com.

THE ADDED BONUS: You can print out tickets from your computer and, viola, instant gift!

BEST FOR: Broadway fanatics, cat lovers and anyone on your list for whom you haven’t shopping.

Got a gift idea? Send ’em my way at cat@nonstophonolulu.com.