Did you even know these pillowy sandos were missing from your life?

Impossibly fluffy Japanese sandwiches are quickly taking over social media feeds across the country. And for possibly the first time ever, Honolulu is on trend: A handful of shops have popped up with these delectable units packed with tonkatsu, egg salad and even fruit and whipped cream (hold the crusts). Guru Guru Kitchen, which quietly appeared at the Nook Neighborhood Bistro with fruit and cream sandos in October, is one of the most recent. 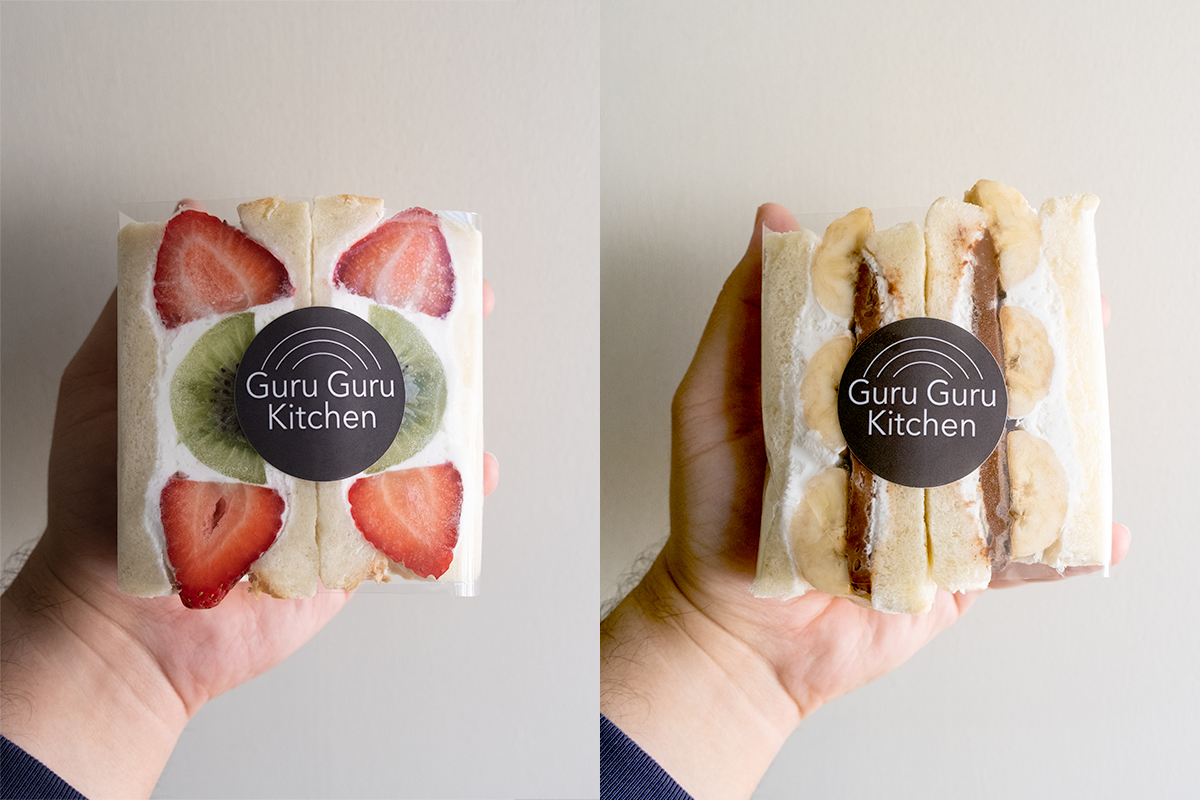 The most popular sandwich in Guru Guru’s growing lineup is the strawberry and kiwi with fresh whipped cream ($7.50). The vibrant colors and pleasing symmetrical patterns are totally Insta-worthy, but once you take a bite, you’ll realize why Japanese moms are lining up for these. The experience is like eating a handheld strawberry shortcake—and it’s not as sugary as it looks, so eating both halves is perfectly acceptable. The banana and chocolate custard sando, which I also dive into, is like those crepes you get on Takeshita Dori in Harajuku, only smaller. 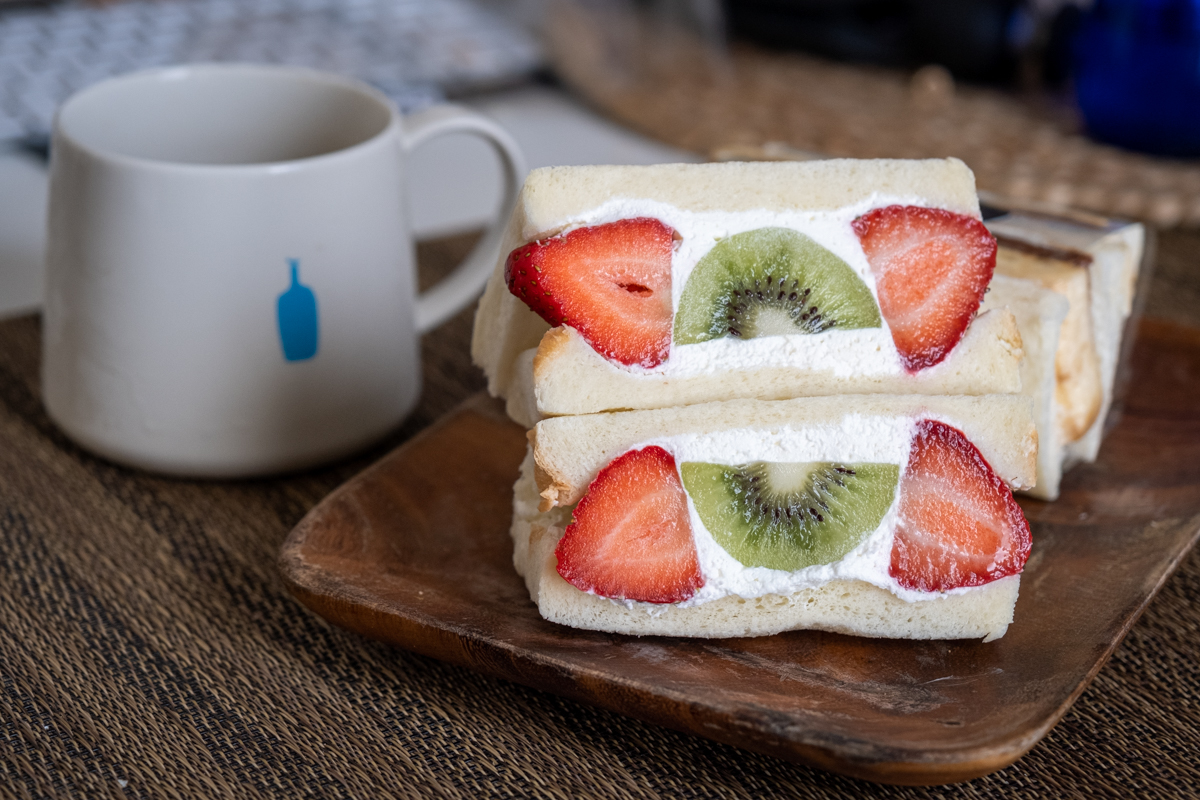 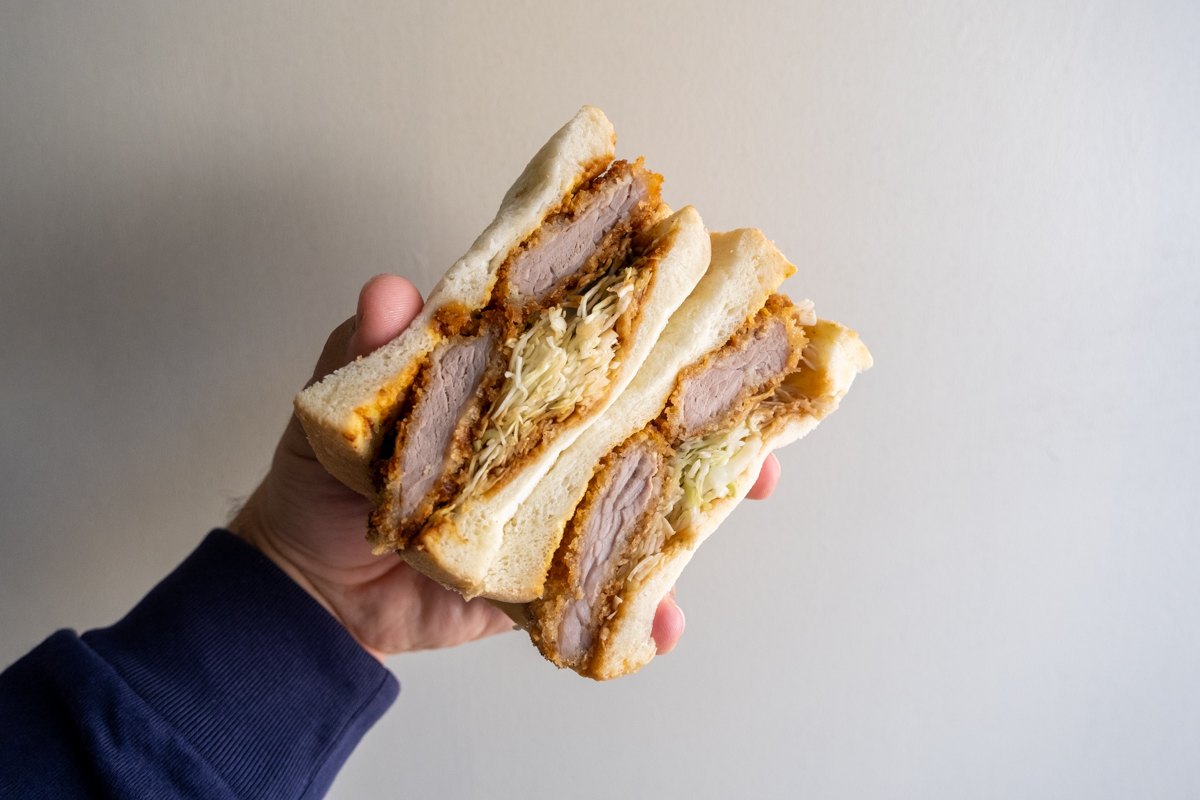 In January, Guru Guru began selling two types of savory pork tenderloin katsu sandos, one drizzled with sweet katsu sauce ($10.50) and another glossed with Hatcho miso ($11), the kind you see in Nagoya. Each has a layer of shredded cabbage and retains its crusts to help seal in the contents. Of the two, I prefer the Hatcho miso katsu for its depth of flavor and savoriness. The halves are wrapped separately so you can enjoy them at your leisure or share with a friend, but why would you?

As for the crusts from the fruit sandwiches, they’re repurposed into Japanese-style butter sugar rusks ($5.25 a bag)—sweetened toast crust snacks rarely found outside of Japan.

The pop-up got its start when, like many of us during the pandemic, Yuriko Warnken began cooking up a storm for her family and documenting the recipes on Instagram. Her personal handle, @gurugurukitchen, was inspired by the guru guru (spiral) coils on her stovetop. 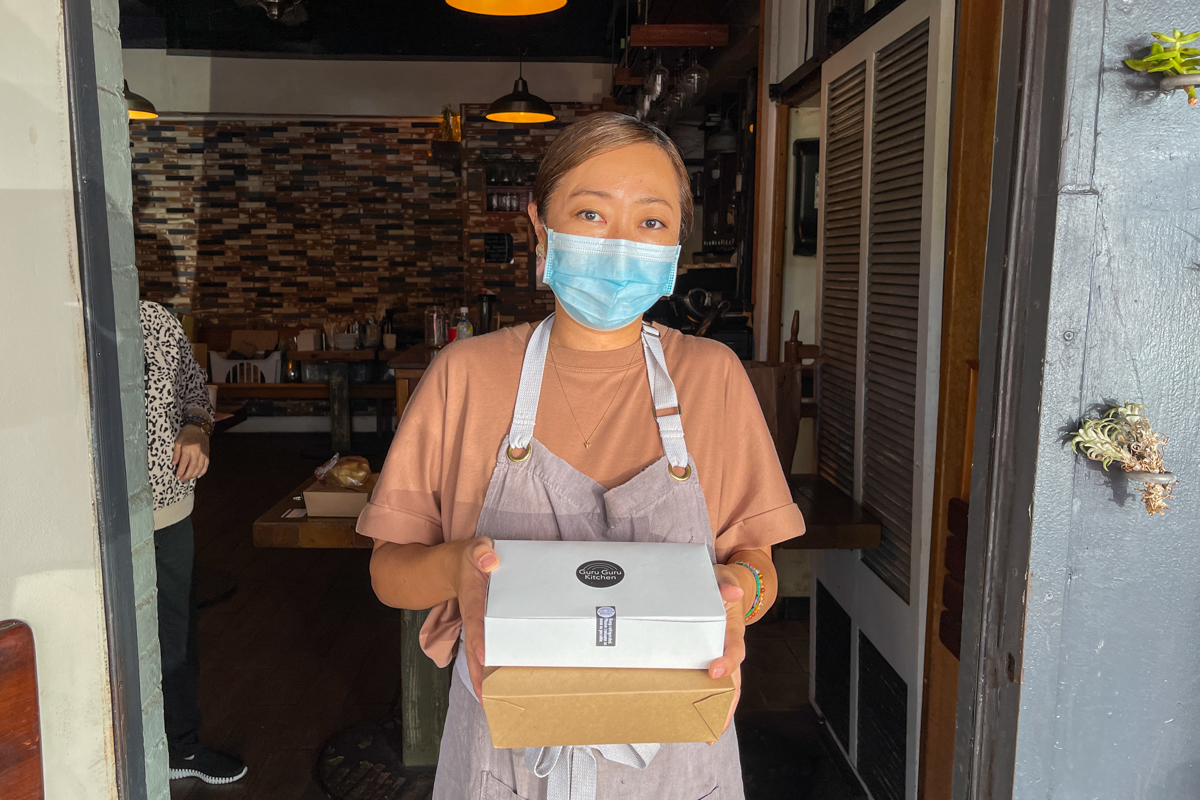 In her native Japan, Warnken was a web and graphic designer who built up her kitchen skills when she owned a café with her brother. The job she found working in the kitchen at The Nook ended with the pandemic, but at the urging of the restaurant manager, Warnken began to make and sell her favorite Japanese sandos.

Now the demand for Guru Guru’s fluffy sandos is growing. In addition to Tuesdays at The Nook, Warnken just signed on with UpRoll Café in Kaka‘ako for a second pickup location on Friday afternoons. Just order through Instagram and pay with cash or Venmo.