Editor’s Note: The Spirit of the Hale ‘Aina Awards

Celebrating the passion and perseverance of our city’s chefs and restaurateurs.

Early this summer, HONOLULU held a reception for the winners of this year’s Hale ‘Aina Awards. It was the first time in two years we were able to host the event, and the gathering of chefs, restaurant owners and their supporters took place at Ho‘okupu Center, a lovely open-air venue overlooking Kewalo Basin. In all honesty, I was a bit out of sorts that day. For weeks, I had been seeing floaters and flashes of light out of my right eye, possible signs of a detached retina. So earlier in the day, I went to get it checked, and sure enough, my retina was tearing and required immediate laser surgery. Being told how close I was to vision loss rattled me. Nevertheless, after the three-hour visit, I made my way home, put on a dress and headed to the event. I couldn’t wear contacts, so everything literally was a blur, and I was slated to speak that night—my first official speaking role as HONOLULU’s editorial director. I tried to remain calm, but inside, I was an unsettled mess.

As I was standing in that room, with awards being handed out, I realized this was what the night was celebrating—excellent cuisine and well-executed restaurants, of course, but also the tenacious spirit of our city’s chefs and restaurateurs.

After arriving, however, I looked around (as best I could), saw people happily mingling, and my unease dissipated. I felt the energy in the room—a palpable spirit among restaurant industry veterans who were being acknowledged for their work. It took me back to the days when I ran Nonstop Honolulu, a dining and entertainment website a group of us launched in 2010, and ultimately rebranded to Frolic Hawai‘i. During those Nonstop years, I attended a lot of food-related events—media tastings, restaurant openings, festivals, food truck rallies. Like many of the eateries that had been operating at the time, we were a feisty startup, scrambling, experimenting, connecting. As such, we were aligned with the chefs and restaurant owners we covered, who were likewise hustling to offer Honolulu innovative foods and dining concepts, all while staying afloat. I remember their fierce desire to push the city’s dining scene forward, and how this has led over the years to an ever-expanding array of eateries, even during a prolonged pandemic. 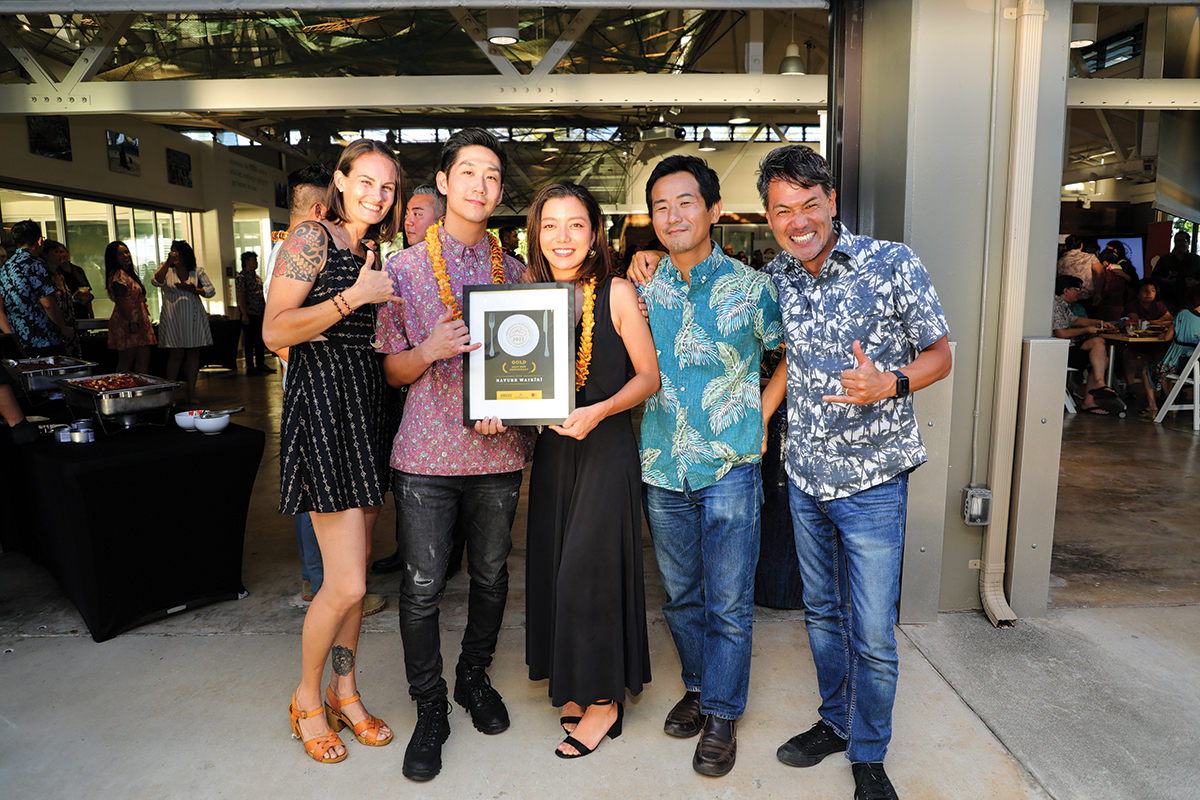 As I was standing in that room, with awards being handed out, I realized this was what the night was celebrating—excellent cuisine and well-executed restaurants, of course, but also the tenacious spirit of our city’s chefs and restaurateurs. Running a restaurant involves far more than preparing dishes. It requires stamina, resilience, creativity, teamwork, an indefatigable work ethic and true passion for an industry that has only become more difficult these past few years. Opening a restaurant in Honolulu is now equated to a high-stakes gamble. Yet, the people who pursue it go at it with plucky determination, and we, as diners, are the beneficiaries.

It was great to see our Hale ‘Aina Award recipients being honored in person at an event that has a 39-year history at HONOLULU. Yet, I am well aware that they represent only a fraction of the people in the industry who deserve to be acknowledged. Recognition really should go out to everyone who makes a living preparing food and drinks in this city, and that includes chefs, owners and their teams. Honolulu has a unique, evolving and growing food scene, and our hope with this issue, announcing this year’s Hale ‘Aina Award winners and sharing some of their stories, is to celebrate the industry’s collective efforts that continue to elevate our city to new dining heights.

What is Hula, and What is Not?