This coffee shop has one of the city’s best chocolate chip cookies and loaded toasts that are a slice above. 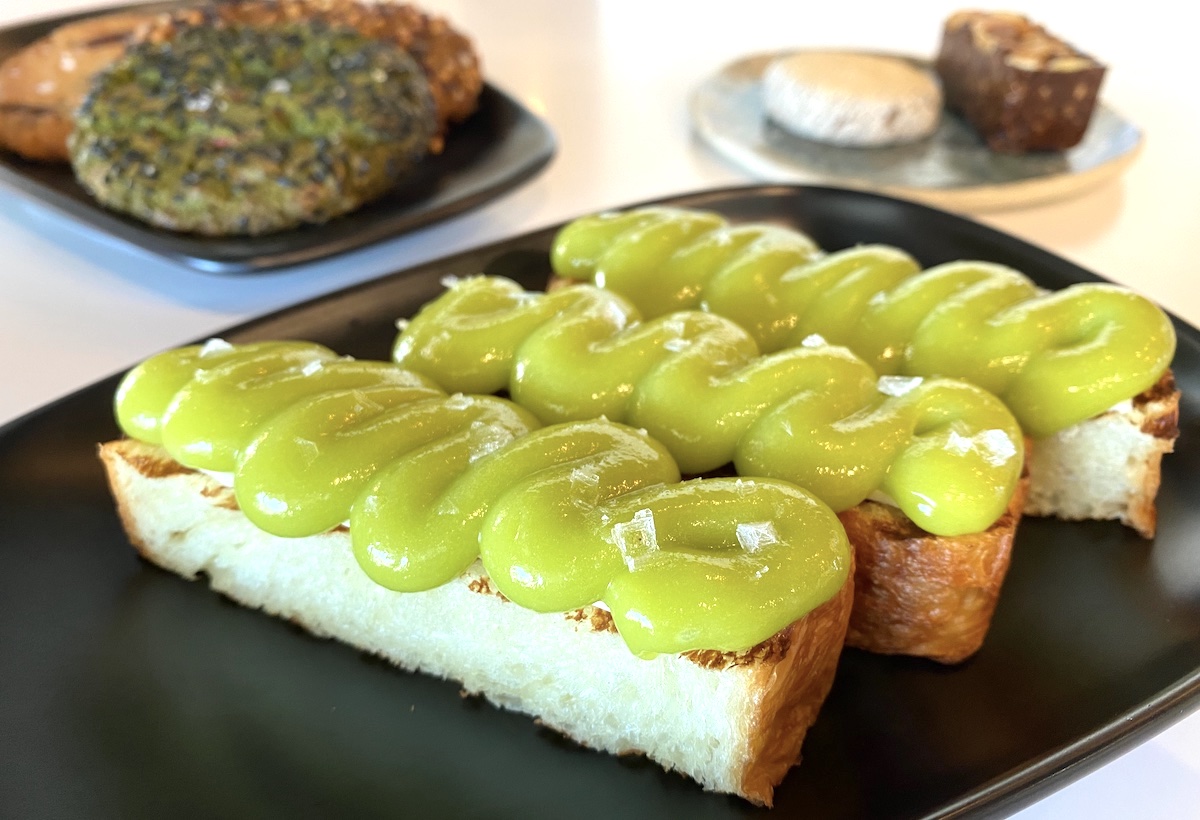 B aked goods at The Curb Kaimukī popped onto my radar because of a natto stroopwafel, of all things, noteworthy because 1) There’s not much exciting about a stroopwafel, and 2) while I appreciate natto, I could die happy without eating another stinky bean. Yet in my role as co-organizer of Honolulu’s annual Natto Day celebrations, here came The Curb’s offering of two waffle wafers glued together by a layer of natto caramel. Instantly I was smitten. There was zero funk in the smell or taste, just a sweet, buttery, salty caramel studded with bits of fermented beans trailing their slimy strings, and resonant with umami. On subsequent visits I would find a similar profile in The Curb’s miso brown butter buckwheat cookies. And the chocolate chip cookies (both cookies are $3.75), whose crisp exterior gives way to a chewy interior rippling with chunks of Valrhona dark chocolate, are among Honolulu’s best. 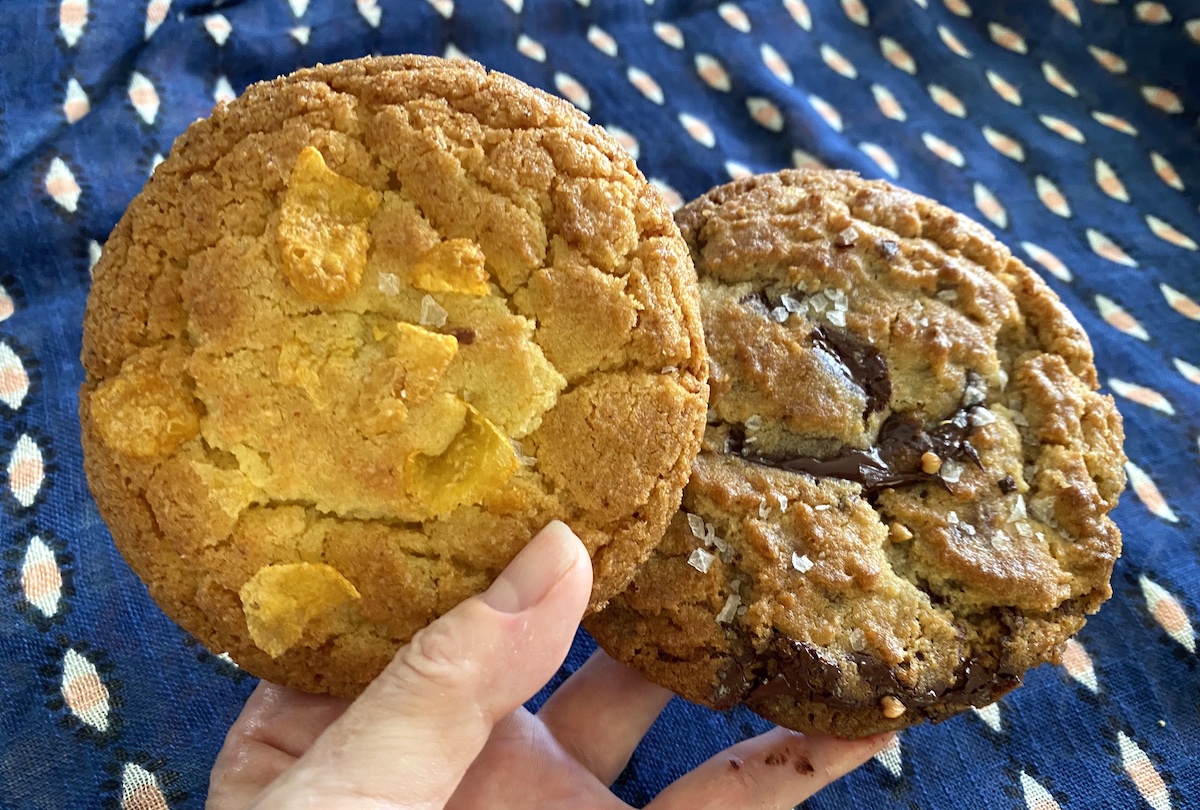 In a city of coffee shops with plenty of scones and muffins, inventiveness and an attention to detail that borders on quirk set The Curb’s baked goods apart. Behind them is Jonny Kimbro, the shop’s full-time pastry chef and one as under the radar as the natto in his stroopwaffel. Kimbro has cooked at Senia, The Pig & the Lady and Tiffany Faison’s Tiger Mama in Boston. The job he had before he came to The Curb was morning cook at Kapa Hale. At all these places Kimbro cooked savory dishes, even as he learned to bake bread at Breadshop and worked coffee counters as a barista. It’s this near-obsessive exploration of whatever fascinates him that accounts for his resumé—and has positioned The Curb for an eclectic and growing food menu. 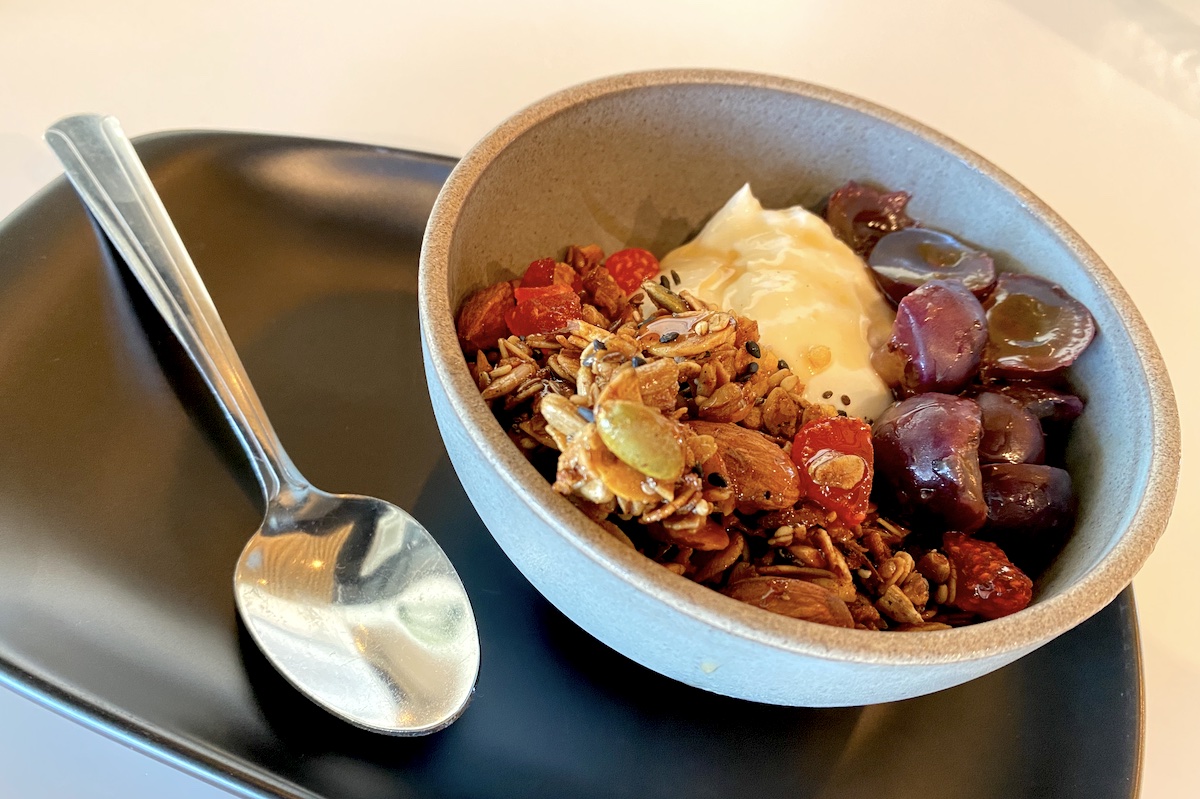 Like the kaya toast ($8). Kimbro purées fresh local pandan leaves and cooks them gently with egg yolks, coconut cream, sugar and salt for two hours or more, stirring the whole time. Piped onto Breadshop brioche and sprinkled with Maldon salt, the kaya is creamy and less sweet than other versions—and hides a finishing touch of chilled Plugra European-style butter, which he shaves with a cheese slicer. Or his house-made yogurt with granola and fruit ($10), which can, as a recent version did, feature charred grapes with bubu arare and dried li hing strawberries from Sun Chong Grocery in Chinatown, drizzled with agave infused with burnt cassia bark, similar to cinnamon, from Vietnam. 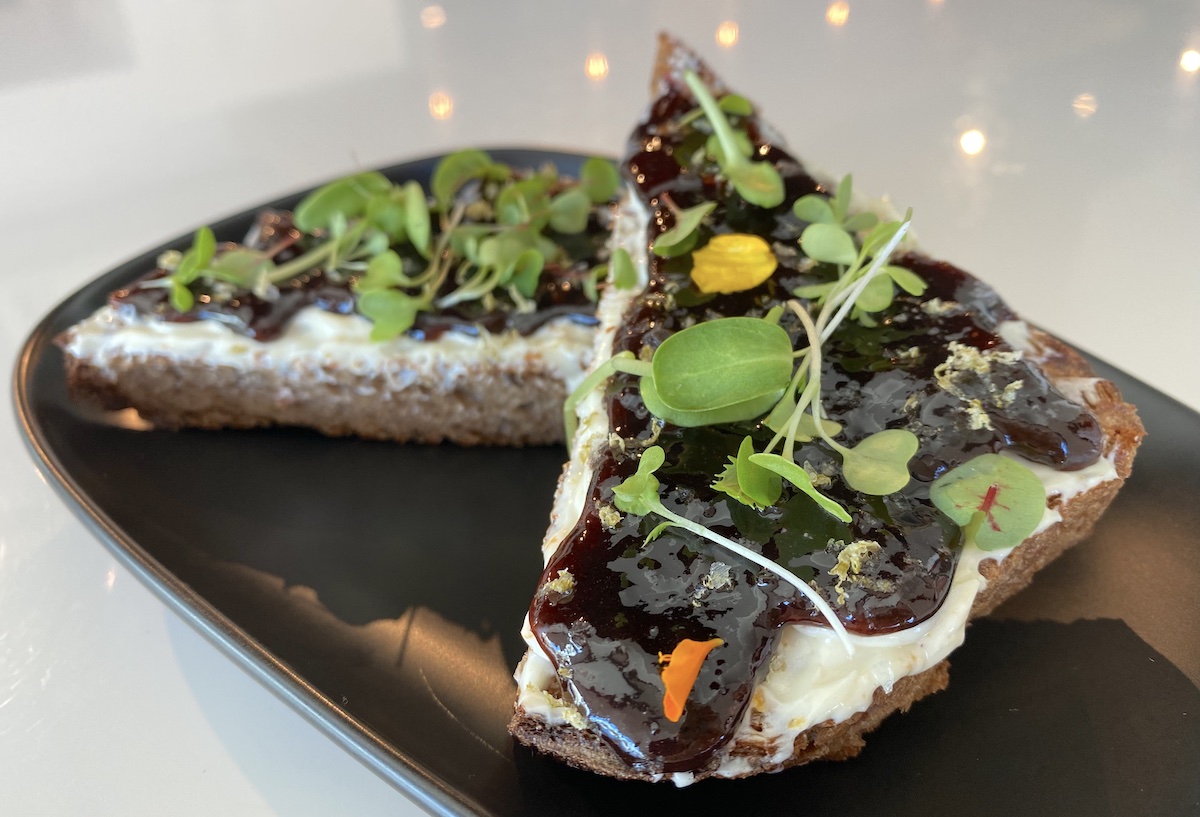 There’s a mascarpone toast with seasonal fruits (emerald plums now, Maui’s Hashimoto Farm persimmons in a few weeks), the mascarpone seasoned with citrus and shio koji ($12.50); and another toast topped with black garlic and stone fruit jam ($11), with sudachi-infused salt and preserved calamansi butter. “The way my brain works, I just like how pastry works. I like how formulaic it is. I like to really look harder into things,” Kimbro says as he stirs kaya jam over a double boiler. “There’s so much value in savory cooking, but for me it’s a little more satisfying to make a loaf of bread or a macaron or something that takes a little bit more thought and effort.”

SEE ALSO: 6 O‘ahu Cafés to Get Your Art and Coffee On 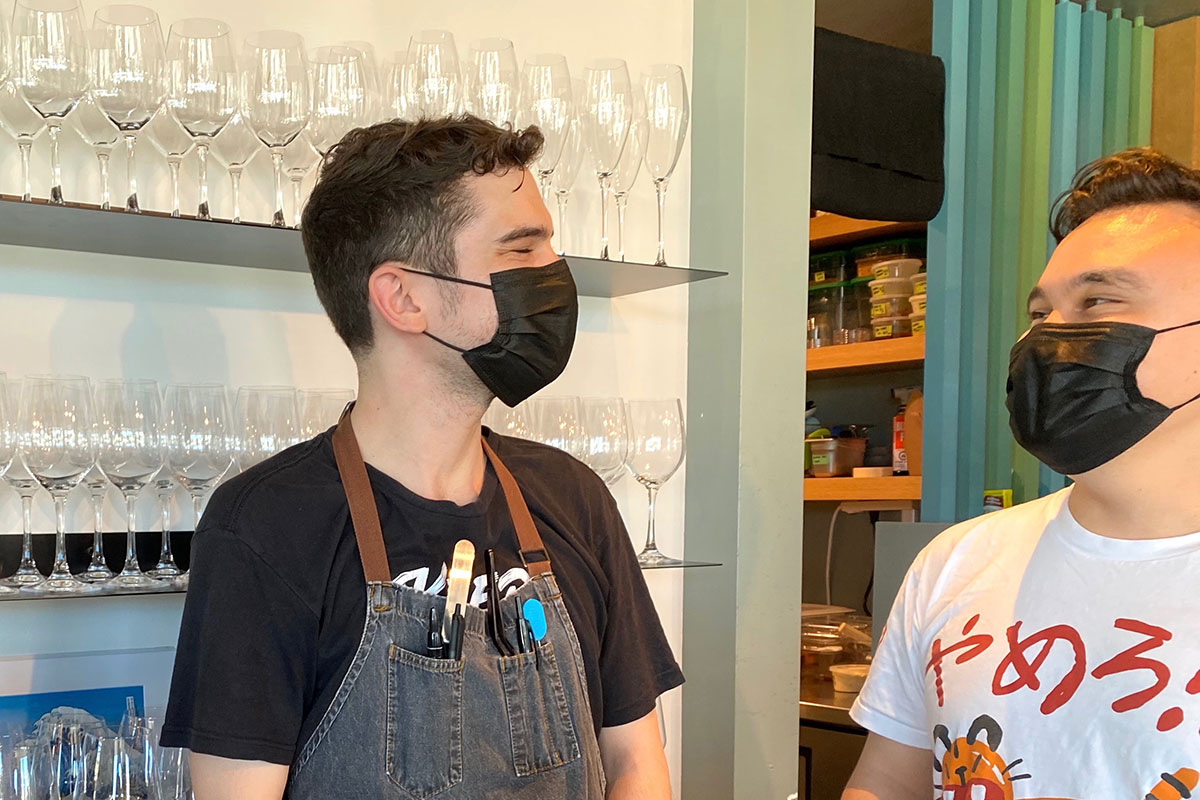 Now that the Curb has an off-site commercial kitchen, the food menu will expand, supplementing the core of coffee and tea drinks and retail selections of natural wine, tinned fish and chocolate. Plans are to introduce sandwiches filled variously with char siu (Kimbro says he has a really good recipe for the Chinese roast pork), Japanese-style egg salad with dashi, and grilled cheese, the last paired with tomato soup. “When all of this comes together, when Jonny can let his imagination run wild, that makes our shop unique and keeps people coming back,” says Ross Uehara-Tilton, who owns The Curb with his husband, Devin. “It’s about building an experience that’s more than Starbucks.” Judging from his natto stroopwaffel, that’s already happened.