A new trio of films—one in theaters, one doing festivals, one a short about to go long thanks to a whopping grant from Google—make up an accidental trilogy about Hawai‘i’s fall from grace. First up is a visually rich and blood-stirring biopic, Waterman, about Duke Kahanamoku’s surreal rise to world icon—and the good use he made of his fame as a pioneer of racial justice.

Duke made everything seem easy, but shattering a world record in his very first swimming event threw him into a maelstrom of competing interests. “In a minute and a half he changed the direction of his life,” says David Davis, author of the comprehensive biography Waterman: The Life and Times of Duke Kahanamoku, the movie’s source. He’s a world sensation, “but the world isn’t ready for him yet.” 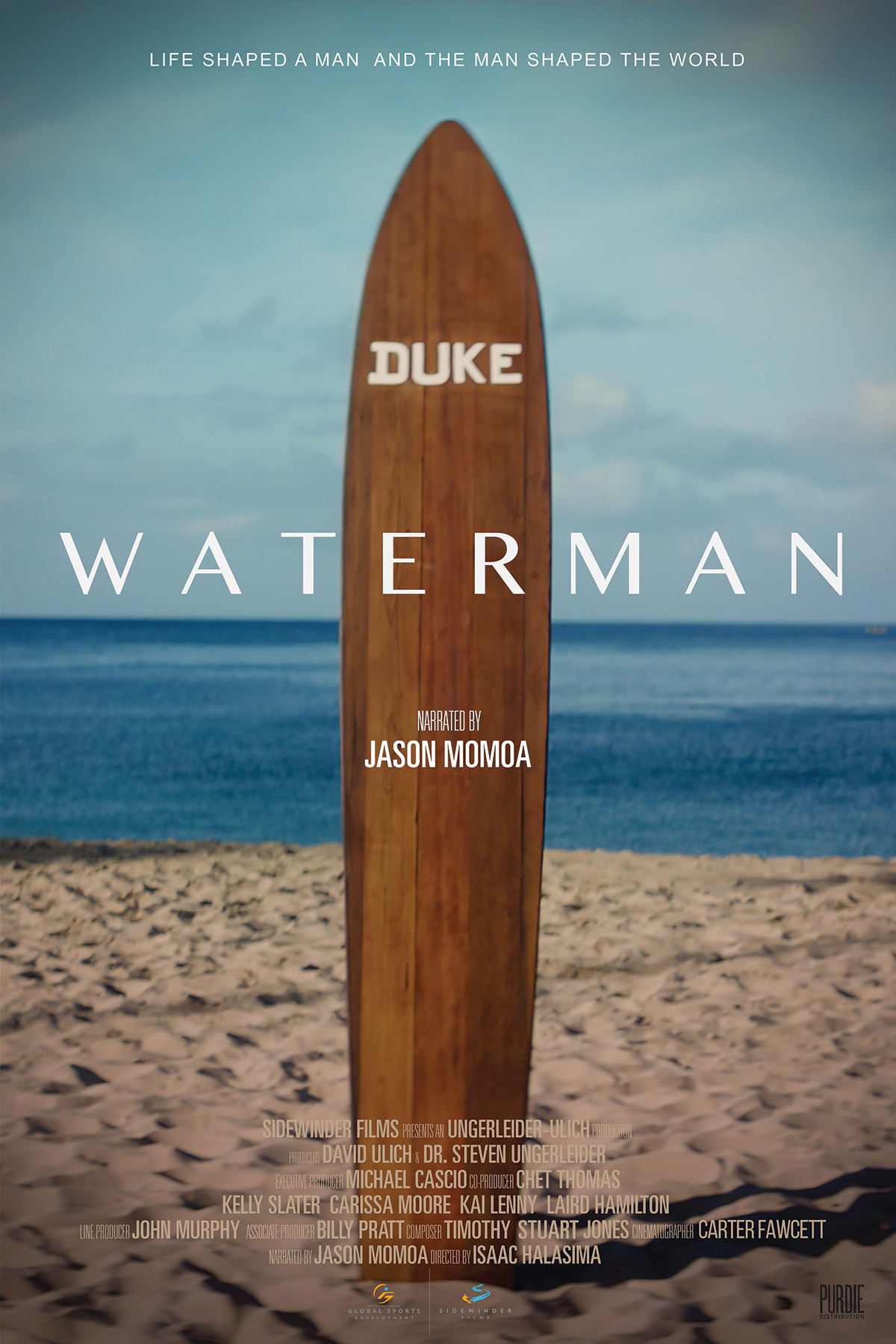 The swimming took work; confounding segregation around the world turned out to be Duke’s superpower. “A brown-skinned celebrity,” gushed one who met him on his endless touring. “When you come across someone so genuine and so good, you can’t help but, you know, drop whatever you think about people. He changed lives just by being who he was.”

But to be that omnipresent, that viral, he had to be always on, impeccable, himself. The film honors that balancing act in 90 minutes of spectacularly layered images and commentary, as well as artful re-creations of key scenes using real waterman Duane DeSoto. We see Duke meeting crude rebuffs with tact, saving lives on promotional tours, weathering betrayals and reversals, always on the move, always connecting. We don’t see the strain, says historian Isaiah Helekunihi Walker, “because of his grace and ease.” But we should appreciate it far more than we do.

Sidewinder Films, an offshoot of the nonprofit Foundation for Global Sports Development, gave the helm to first-time director Isaac Halasima, says company co-founder David Ulich, knowing “Isaac himself wanted to make this film his whole life. He’d never done a feature doc. But we were so overwhelmed by his history and passion for the project.” So were we and we think you’ll be, too.

“She had to go to work at 4 a.m., work, go on set, act, sleep in the van, and go to work. Sometimes she’d come straight from work and use that.”

A necessary counterpoint to Duke’s story could be that of the hard-pressed, downward-spiraling hula dancer Kea, brilliantly played by Danielle Zalopany in Christopher Kahunahana’s 2020 Waikiki (without kahakō, to emphasize its disconnection). Unlike the sunny fantasy Hawai‘i’s leaders used Duke to promote, this is the Waikīkī of heartbreak, not romance, painted with strokes of light and dark like a Vermeer.

Living in a van, Kea searches for housing and puzzles a life out of pickup jobs: hula in a tourist club, singing karaoke for tips from a grizzled customer in a bar, teaching Hawaiian in an immersion school. After her ex violently tries to force her to come “home,” she escapes in the van but hits a bum who soon becomes ‘ohana. No matter how she tries to shake him, he’s her voiceless guide as she stumbles through night after dark night of the soul. Recognizing what she’s up against, we die a little with her every defeat—and root for a miracle. 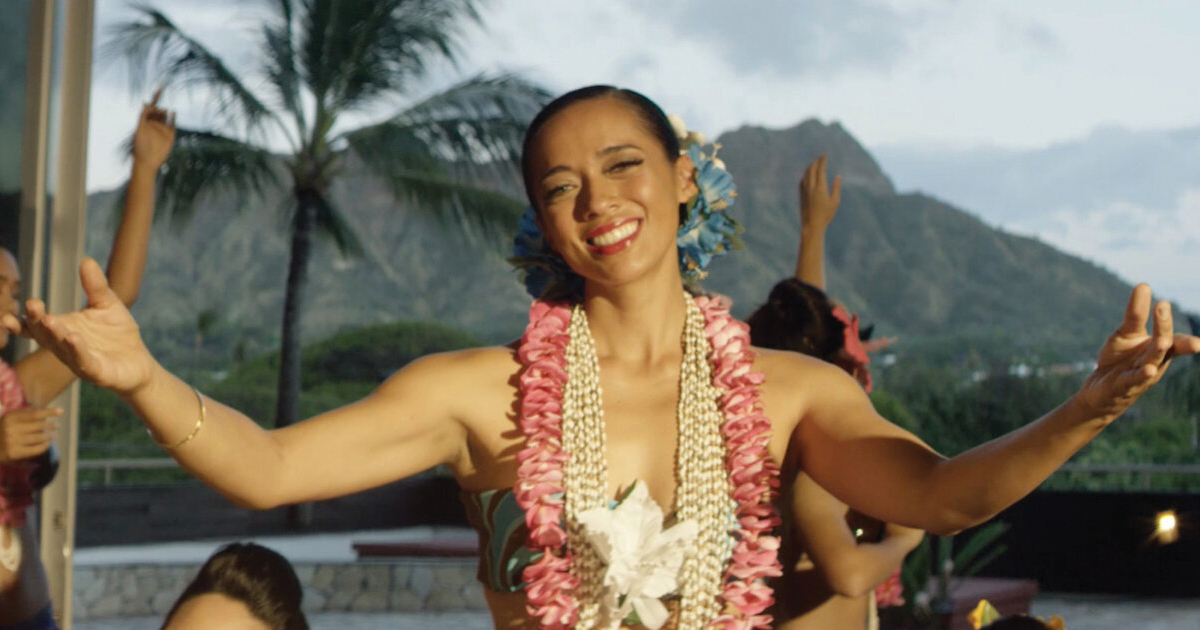 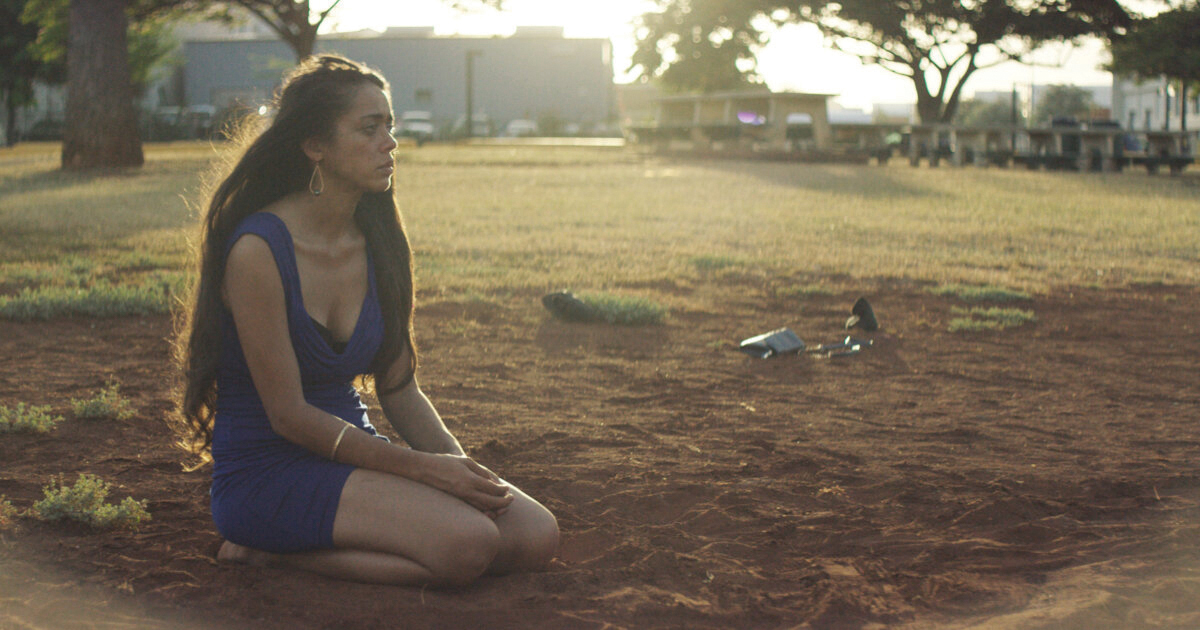 Danielle Zalopany’s breakthrough performance as Kea smoulders with the bitter ironies of Native Hawaiians unhoused in their homeland. Photo: Courtesy of Christopher Kahunahana

The miracle is the film. “To become a filmmaker,” says Kahunahana, “I sold my club, NextDoor, but the characters in Waikiki are the people I knew in Chinatown.” He spent years making shorts and piecing together crew, script and money. Zalopany, already an extraordinary presence on the local stage with Kumu Kahua Theatre and in short films such as Last Taxi Dance, made her own sacrifices.

“Danielle actually almost didn’t do the role because she was starting a new job at Pearl Harbor,” says Kahunahana. “She had to go to work at 4 a.m., work, go on set, act, sleep in the van, and go to work. Sometimes she’d come straight from work” as a welder “and use that.”

Since the film’s debut at the Hawai‘i International Film Festival in 2020, producer-writer-director Kahunahana has picked up five best feature awards on the festival circuit, two awards for cinematography by Ryan Miyamoto, and a Breakthrough Performance prize for Zalopany. A dark irony: You can catch it anywhere but Honolulu as it tours. But distribution deals are on the table; Kahunahana is waiting for the right one. And Zalopany has secured a regular role on NCIS: Hawai‘i.

SEE ALSO: There’s an “Every” for Everyone at Hawai‘i International Film Festival’s Spring Showcase

Zalopany also came straight from work to do her brief, powerful scene in Moloka‘i Bound, a HIFF award-winning short by Alika Tengan that has earned a $500,000 Array and Google grant for its expansion into a feature. “It was her first time ever meeting those actors,” says Tengan. “She only had two hours before she had a theater rehearsal. But she came in hot and knew her lines really well.”

Tengan equally impressed the team at Google and their partner, Ava DuVernay’s Array Film Collective. “I had the opportunity to meet Alika in person last November, after many video calls with him and his team,” says Elle Roth-Brunet, who’s the lead on Google’s Entertainment Partnership, which gave the $500,000 grant to Tengan, the first recipient. “We drove around the island and I could feel the script I read so many times over come to life. The characters he writes are real Hawaiians, and the land plays an integral role in his directorial vision.”

Tengan’s first indie feature was Every Day in Kaimukī. “I love his insistence on bringing authentic, real Hawaiian stories and actors to the screen,” says Roth-Brunet. “He cares deeply about his community, and is loved by them, as I watched so many people at HIFF come up and congratulate him on his Array/Google grant. I believe he is a changemaker for his people and independent filmmaking at large.” The grant, administered by Array, will staff the production with below-the-line professionals—those in pre-production, production, and post-production who make the film—from historically excluded backgrounds.

Moloka‘i Bound’s story, about a parolee trying to reestablish a relationship with his son, “is a comment on the Native Hawaiians disproportionately incarcerated at an alarming rate here in Hawai‘i,” Tengan says. “Movies are empathy machines. I just try to engender as much empathy as possible for one man’s story.” Duke, a one-man empathy machine, would approve.

Catch Waterman in theaters April 1–May 9, and Moloka‘i Bound on the Criterion Channel and Hawaiian Airlines in-flight programming.