Body Weaponized challenges the way we treat objects that are designed to hurt women.

Juvana Soliven fires enamel chips in her home studio to make sure they’re true to color before melting them onto the weapons, which she’s drawn in detail in her sketchbook. Photo: Aaron K. Yoshino

“A weapon is a tool that can inflict violence, be used to dominate or to defend oneself,” says Juvana Soliven. And for much of history, “Our own womanness has been weaponized against us.”

It’s a subject that she’s been fired up about—and has created work around—for years. For Artists of Hawai‘i Now, artists were asked to reflect on issues of our time and place. “I think I was really angry politically and wanted to talk about that, with body autonomy especially,” says Soliven. (The call for entries went out in 2019.) Her work often explores these topics—tools, bodies, relationships—and that experience is evident in the precision and confidence with which she tackles this latest project.

“I wanted to make objects inherently violent and based on weapons, but I didn’t want to retraumatize people,” she says. “I don’t think trauma has to be presented in a traumatizing way.” The eight items, an amalgamation of medical instruments and medieval weapons, are meant to be displayed as if in an armory, some hanging on the walls, others cradled by egg crate mattress foam. There’s a lot to unpack here already: beds, comfort, pain. She mentions Childish Gambino’s music video for “This Is America,” where guns used to commit murder are then taken away wrapped in cloth, “treating something that alludes to violence with love.” She custom ordered the foam to fit within wooden boxes she had a friend make and considered upholstering them like leather gun cases, but she decided she preferred the effect of the bare wood.

“Our own womanness has been weaponized against us.” 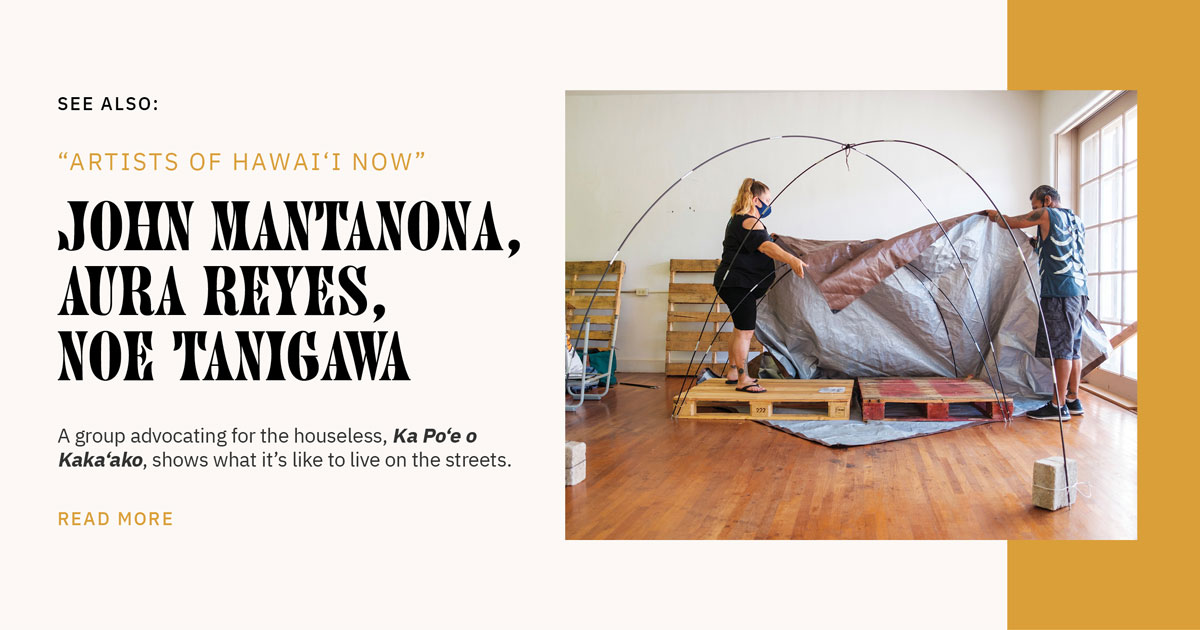 Soliven’s air-conditioned home studio is a cool respite on a sweltering summer day, with just a hint of heat streaming through large windows with a view of Lēʻahi. As an art teacher at UH Mānoa, Soliven was able to complete most of her metalwork on campus a few months before the exhibit opened. She recently got her own small kiln (“I don’t wanna be working at midnight next to undergrads talking about drugs”) and finalized everything at home, including beadwork. The day we visit in July, it seems like she’s ahead of schedule thanks to meticulous planning and detailed color sketches, but in hindsight she doesn’t think she would’ve been ready for the exhibition had it not been delayed—she was working on a solo show for display in Kyoto, Japan, until early 2020, so her ideas were still developing at the beginning of the pandemic. The extra time also gave her a chance to research more about gynecological practices and consider how disproportionately violence affects women of color, and especially those who are Black, Indigenous or incarcerated.

When we visit, Soliven talks about the struggle of finding the right words for her artist statement that will be displayed in the exhibit. She wants it to be “inclusive but also explicit. My artist statements are usually more general, but this body of work is more pointed, more severe.” 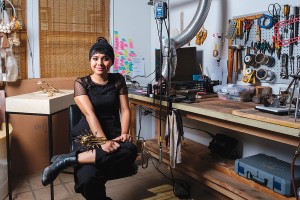 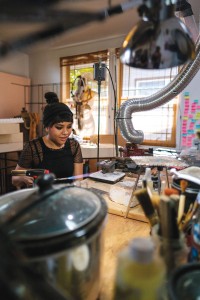 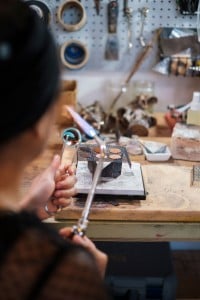 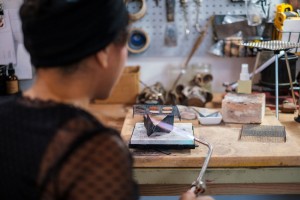 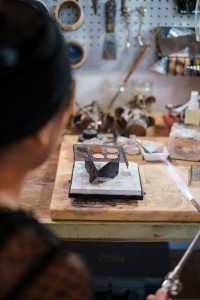 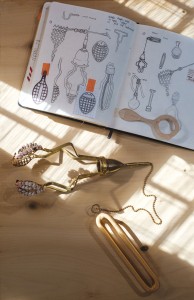 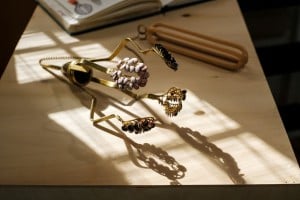 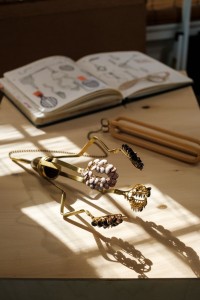