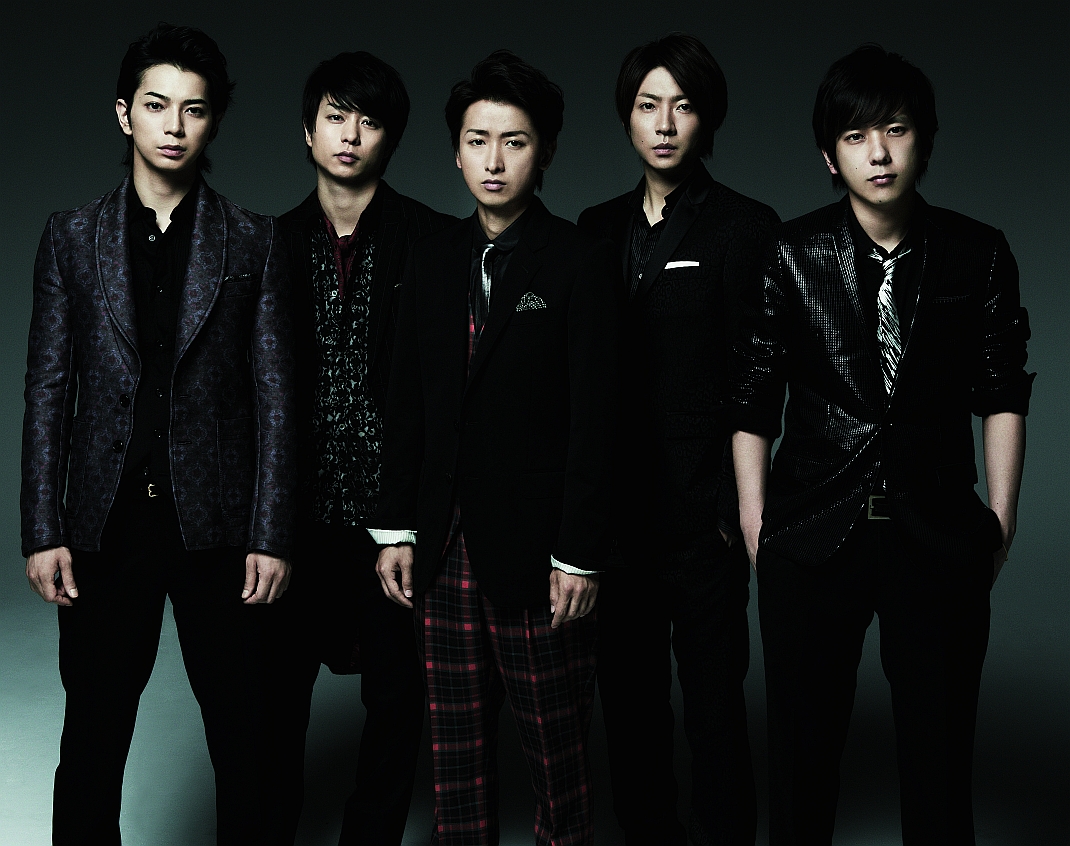 An enormous crowd braved the humidity and heat to see the Japanese superstar band, Arashi, perform Saturday at Ko Olina Resort to celebrate their 15th anniversary.

But because the group’s management didn’t allow any photos to be taken at the concert, I only could shoot from outside. I did attend the concert, however, and was amazed at the overall production, from the elaborate, high-tech stage, to the lighting and of course, the band itself.

The show began promptly at 5:30 p.m., with Arashi being flown in by helicopter. After landing behind the stage, we watched a live video feed of band members exiting the helicopter and making their way to the stage. When they appeared, the crowd erupted with cheers. At this point, I noticed that nearly all the fans were women, with a few random men here and there, myself included. Gender didn’t matter however, as everyone was caught up in the thrill of seeing their idols on stage. 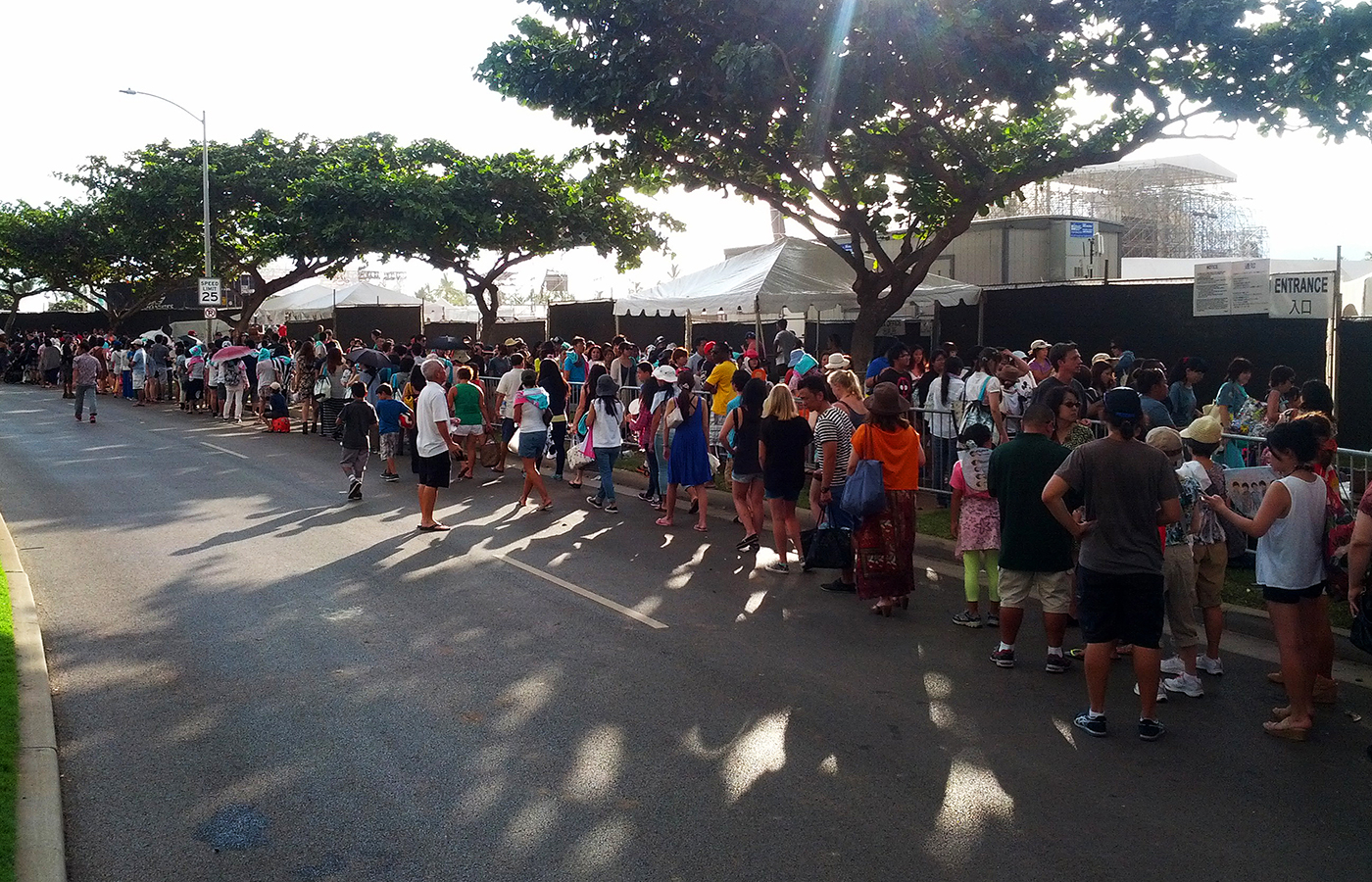 Arashi was officially formed in 1999 in Honolulu. Their debut recording was released in November of that year, and since then, they’ve become one of the most successful recording artists in Japanese history. They have won 22 Japan Gold Disk awards, the equivalent of Grammy Awards in the United States. Their music has been featured in countless TV dramas, movies and commercials.

At Ko Olina, Arashi performed with their signature grace and energy. Their set list consisted of various hits throughout the years, starting with year 1999 and working their way up to 2013. In between sets and costume changes, the history of the group was broadcast on stage, composed of personal interviews with each of the members, expressing their thoughts during various points in their career.

As the show continued, band members jumped on various pieces of the moving stage. As the individual pieces moved, audience members were treated to up close and personal look at each of the group members. I was originally standing in the rear of the concert area, but due to the moving pieces, I suddenly found myself stage front. Arashi performed like this throughout the rest of the night, moving throughout the concert so that the audience could get a better look. 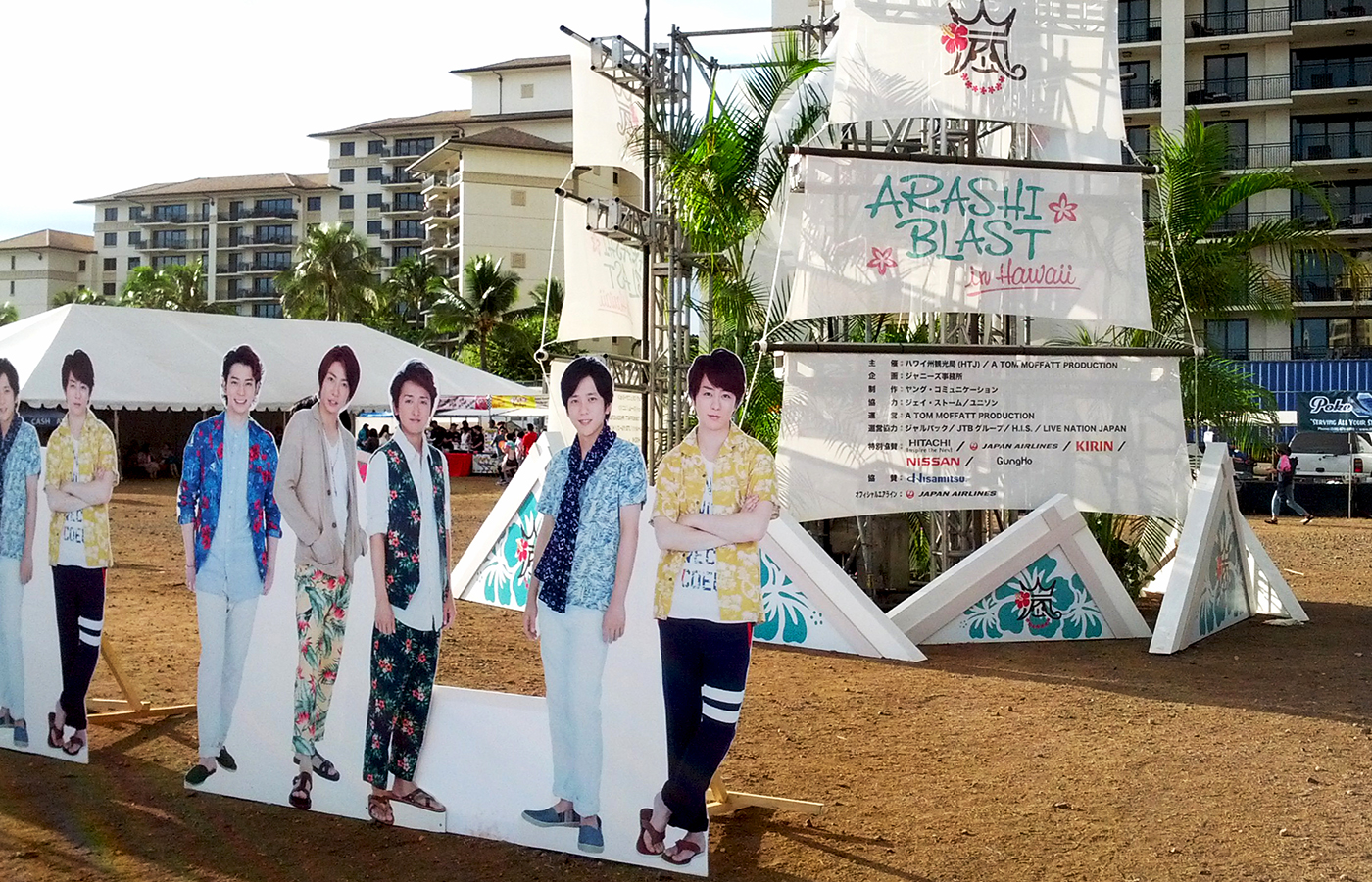 Dressed in aloha shirts and jeans, Arashi showed their appreciation of Hawaii by singing a few of their songs set to Hawaiian music with a local band. They even employed local fire dancers to perform with them on stage. Near the end of the concert, rain began to fall drenching the audience and the band, but they kept performing, with the rain actually adding interesting effects to the stage lighting. Arashi even made use of the rain in their performance, with one member using the rain to slide on stage.

At the show’s end, each member of the group gave a heartfelt and tearful thank you to fans for their support throughout the years. One member even teared up and had to turn away from the audience to compose himself twice. After a hana hou performance, Arashi bid farewell and flew off into the night, once again by helicopter.

Overall, and despite the rain, I think this may have been one of the best concerts ever to be staged in Hawaii.