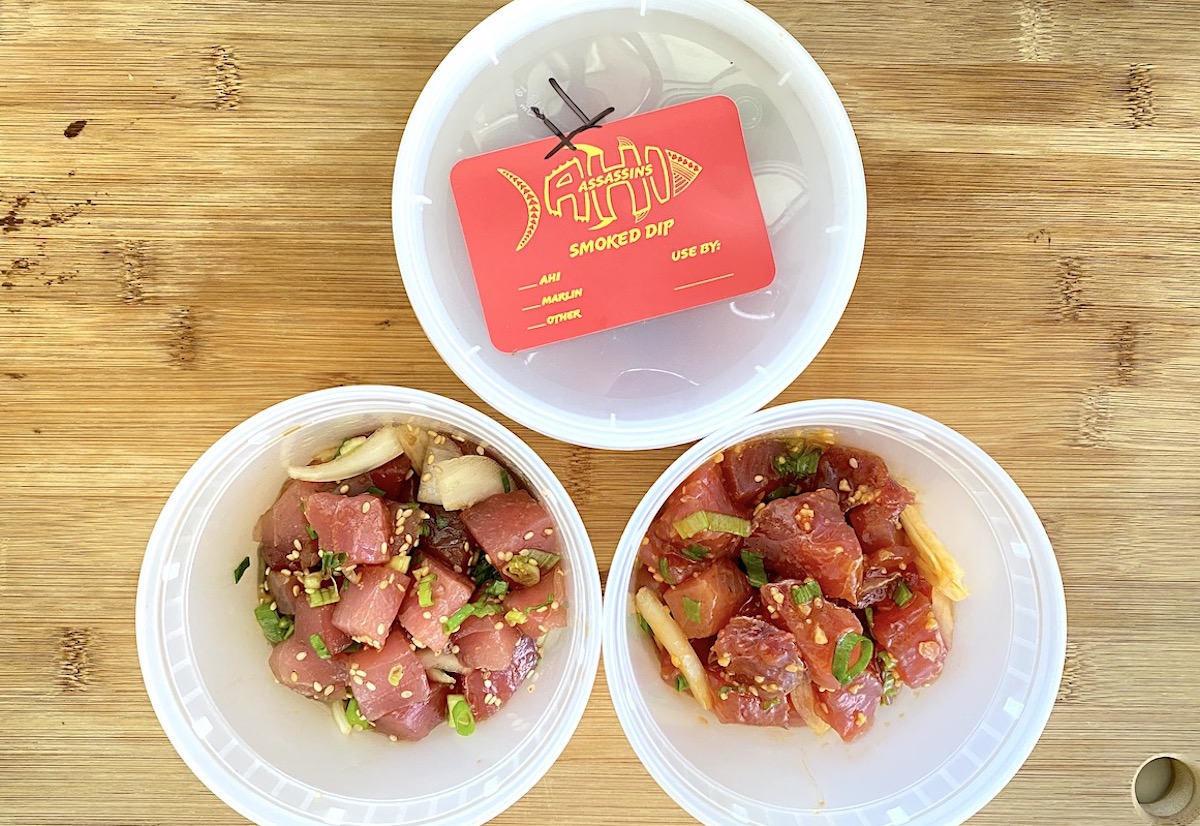 ‘Ahi Assassins, the wildly popular poke shop where the line often stretched out the door and down the second-floor walkway of its modest Mō‘ili‘ili building, closed in June, citing decreased pandemic traffic. But it didn’t really go away. The shop turned to online ordering with pickups near Taco Bell in Kāne‘ohe, and a few weeks ago morphed again. The bottom line? Now you can get ‘Ahi Assassins poke daily at He‘eia Pier General Store & Deli.

Lunatic, Hawaiian, shoyu and spicy ‘ahi: It’s a pared-down menu, but diehard fans will recognize the signature freshness, the subtly balanced flavors of the Hawaiian poke and the garlic and gentle sweetness and heat of the Lunatic. Poke bowls are $10 and last Monday, when we went, each ‘ahi poke cost about $19 a pound. From Wednesday to Sunday there are specials you can order online, like poke platters, poke kits and smoked marlin dip. 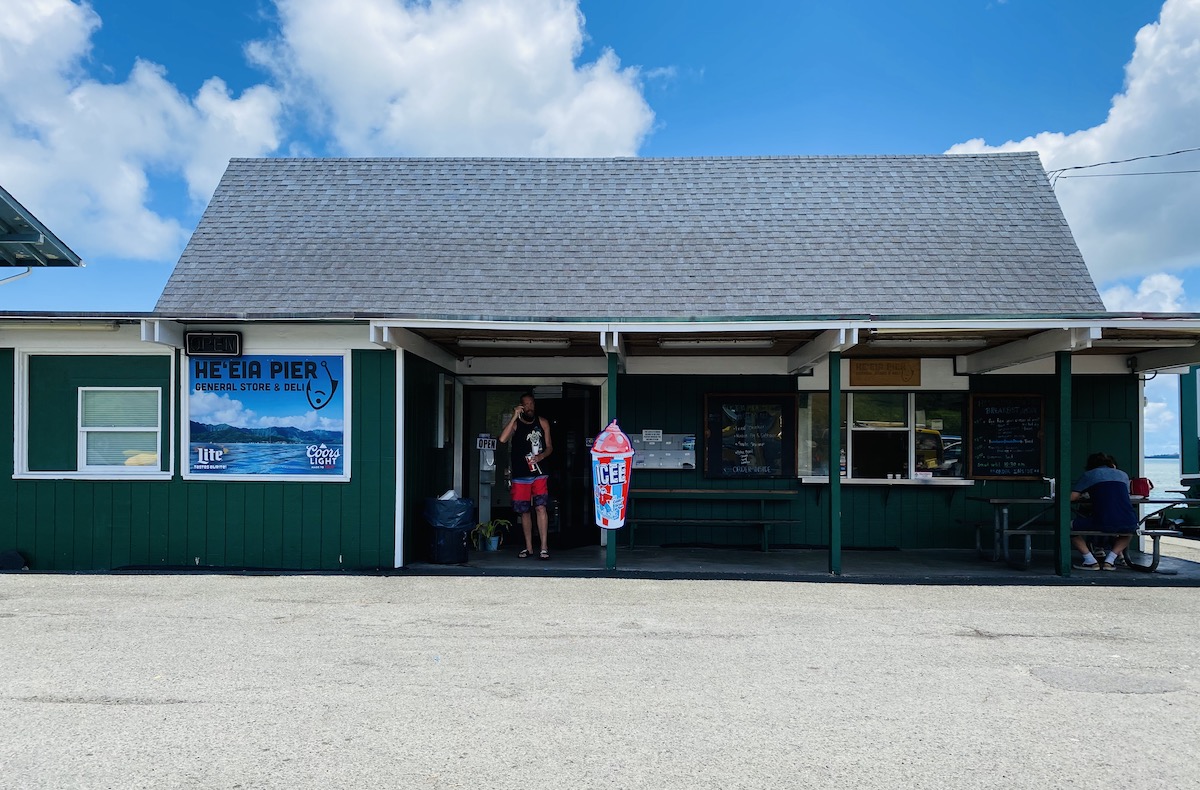 Unlike the full-fledged poke counter in Mō‘ili‘ili, ‘Ahi Assassins drops off cut and sliced fresh catches to be mixed to order at He‘eia Pier’s lunch counter, alongside a small breakfast menu and three $10 plate lunches. For the poke business’ owners, Josh Schade and Erika Luna, it’s a homecoming of sorts. “‘Ahi Assassins was originally birthed off our back deck of Fishing Vessel Makanani which would depart from He‘eia Kea Small Boat Harbor,” reads a recent Instagram post. “Oftentimes we’d be #Blessed with fish boxes full of #FishermenFreshFish which would be taken to our Dad & Aunty Mercy’s house 1 mile away to be bartered/sold/gifted/cut & processed then #Feed #Neighbors #Friends #Ohana … We believe we are being brought back #FullCircle.” 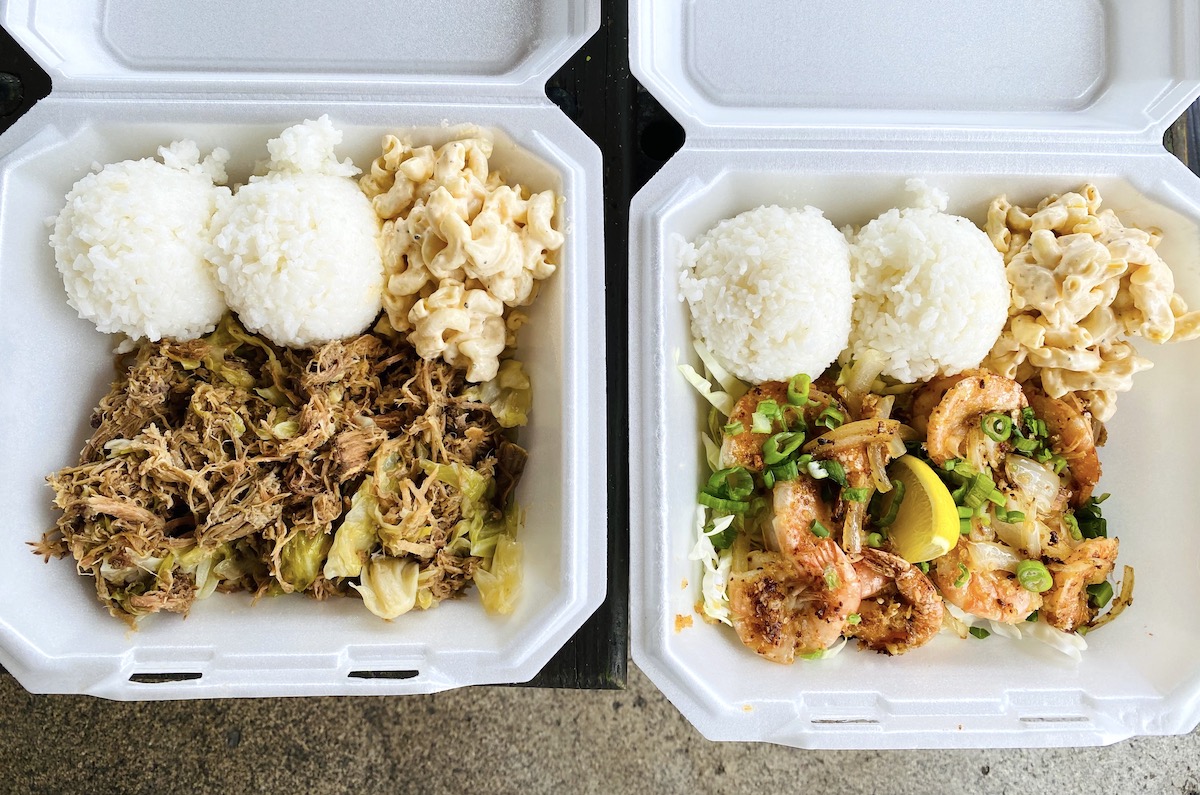 If you haven’t been, the tiny store and lunch counter at the end of the pier has a long history as a favorite spot of local fishermen; for a time a few years ago, when Chef Hui and Pili Group’s Mark “Gooch” Noguchi brought his soulful local boy tastes and haute cuisine background to the kitchen, it was featured in national food media. Now, on a sunny day you’ll find a mix of fishermen, neighborhood regulars and tourists from small tour boats that cruise the bay. The scene is as scaled back as ‘Ahi Assassins poke menu, simple flavors sandwiched between sea and sky.