Columnist James Charisma on his quest to capture life on 35mm film.

Irecently joined two photographer pals, Adam Jung and Kim Taylor Reece, to remove a gigantic darkroom sink from Kim’s former art gallery on the North Shore. While over there, we found a box filled with old film cameras. Kim wasn’t sure if they still worked but invited us to keep any we liked. I snagged a Minolta X-700, a single-lens reflex camera that shoots 35 mm film stock. If you don’t know what any of that is, don’t worry, because I didn’t either. Later, over cheeseburgers and beers, Adam graciously explained to me how film cameras operate and what “f-stop” and “aperture” mean.

I don’t know this stuff because I’ve never had to know this stuff. Gone are the days of needing to buy a disposable camera to commemorate special occasions; nowadays, even the simplest smartphone has a camera. And not just any camera, but one that shoots high-definition images and video and allows you to easily zoom, focus or adjust the lighting by tapping the screen. Years ago, another photographer and food stylist friend of mine, Karen Jones, hosted annual exhibitions of contemporary photography called Phone Camera Photos, which showcased high-quality pictures taken on cell phones. Back then, being able to take sophisticated phone photos was impressive. Today, it’s the norm. 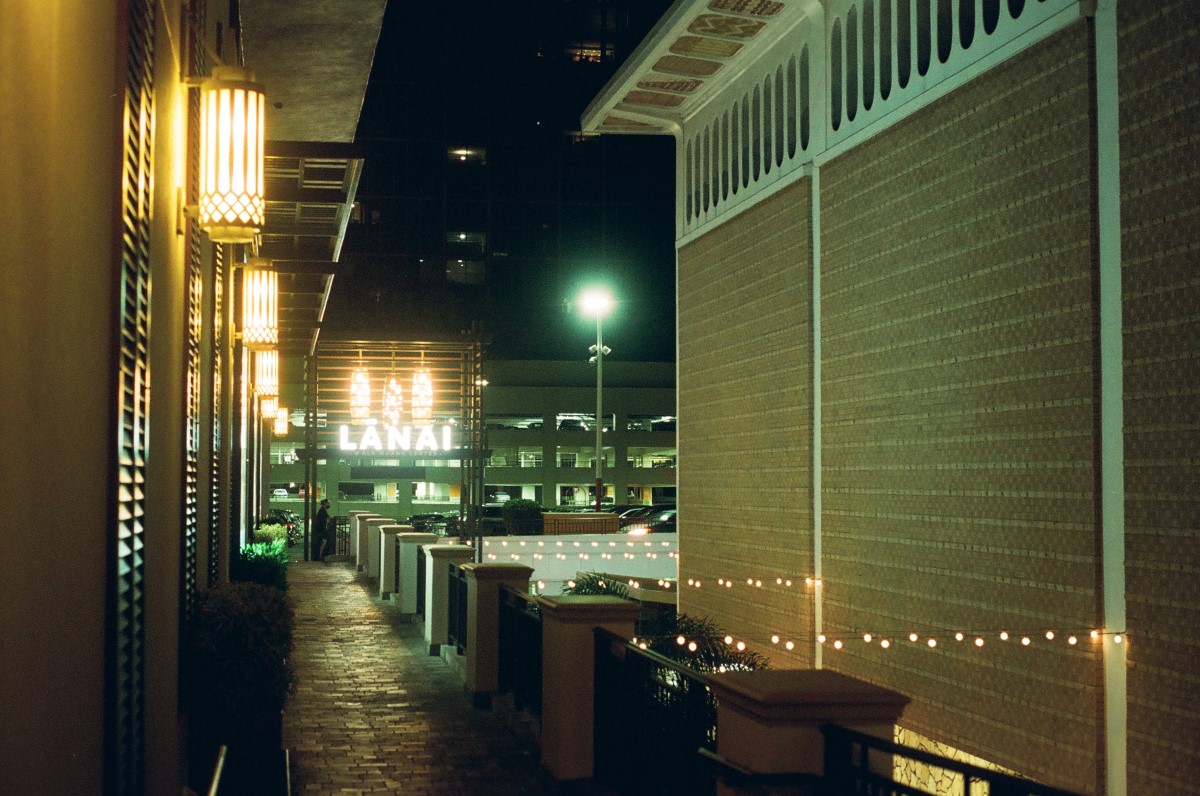 But that night, holding a film camera felt empowering. Forget iPhones—this was the real deal, baby. I visited the film camera shop Treehouse in Kaka‘ako, where the friendly staff showed me what types of film stock were available and offered to develop my finished rolls. (I still thought Longs processed film; shows what I know.) I started going on walks through Chinatown and Waikīkī to photograph interesting buildings and street scenes. During COVID-19 lockdown(s), it seemed like everybody picked up a hobby. I picked up a camera. Maybe taking film photos could be my version of baking bread or knitting? 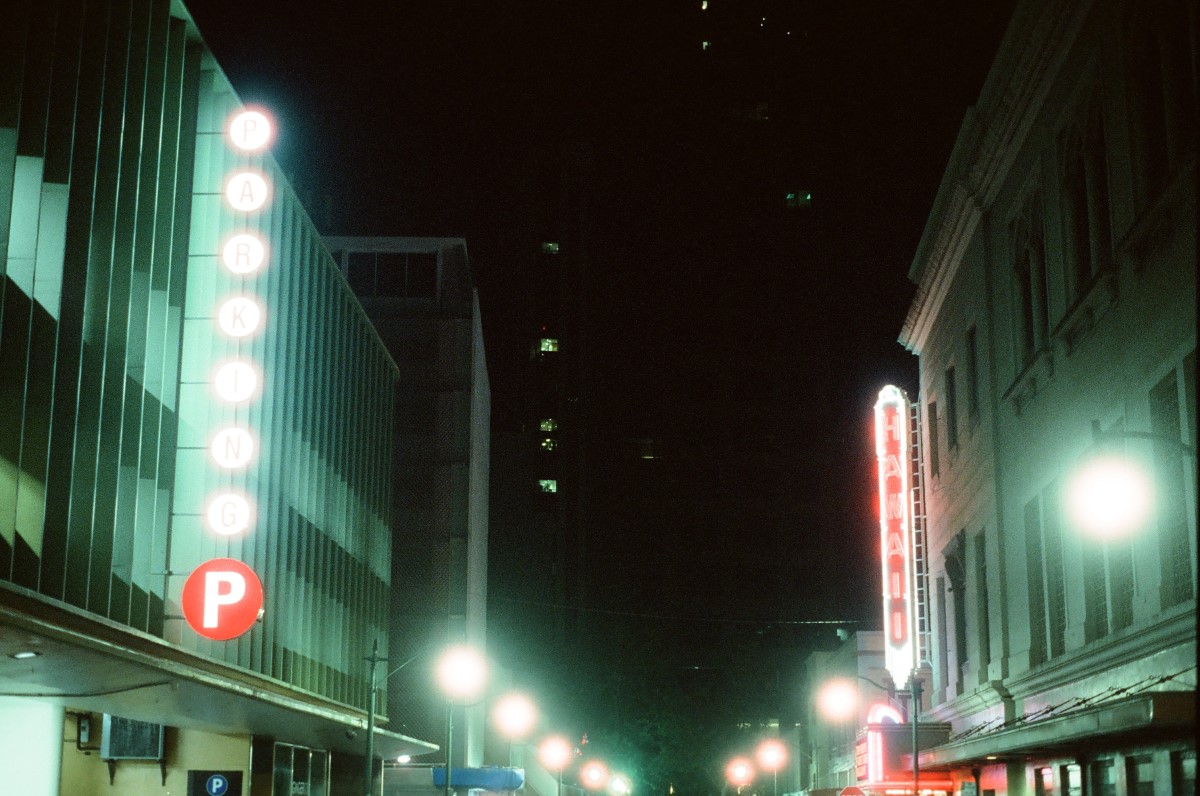 Very quickly, I learned that shooting film can be a real pain in the ass. Figuring out the proper focus, remembering to set the right film speed, not accidentally popping open the back of the camera and exposing the roll to daylight … Even simply loading film the right way takes skill. Whenever I met with friends between COVID spikes, I’d be extra careful when taking their pictures because each roll of film costs $15 or so. It’s another $15 to get it developed and digitally scanned or printed at Treehouse. With tax, the average 36-shot roll of film costs roughly $1 per photo. These captured moments were costing a premium.

Then I realized that, thanks to the pandemic, moments spent with friends were at a premium. Film just forced me to slow down and, well, take stock. Every photo takes time to get right, and you sometimes still get it wrong. Then you have to drop off the film and wait some more. When the photos finally arrive, you feel like a little kid opening presents on your birthday. Half the images might be out of focus, or poorly lit or composed, but there are usually a few winners that provide a real sense of accomplishment.

SEE ALSO: Varsity Theatre’s Marquee Is Safe With Me 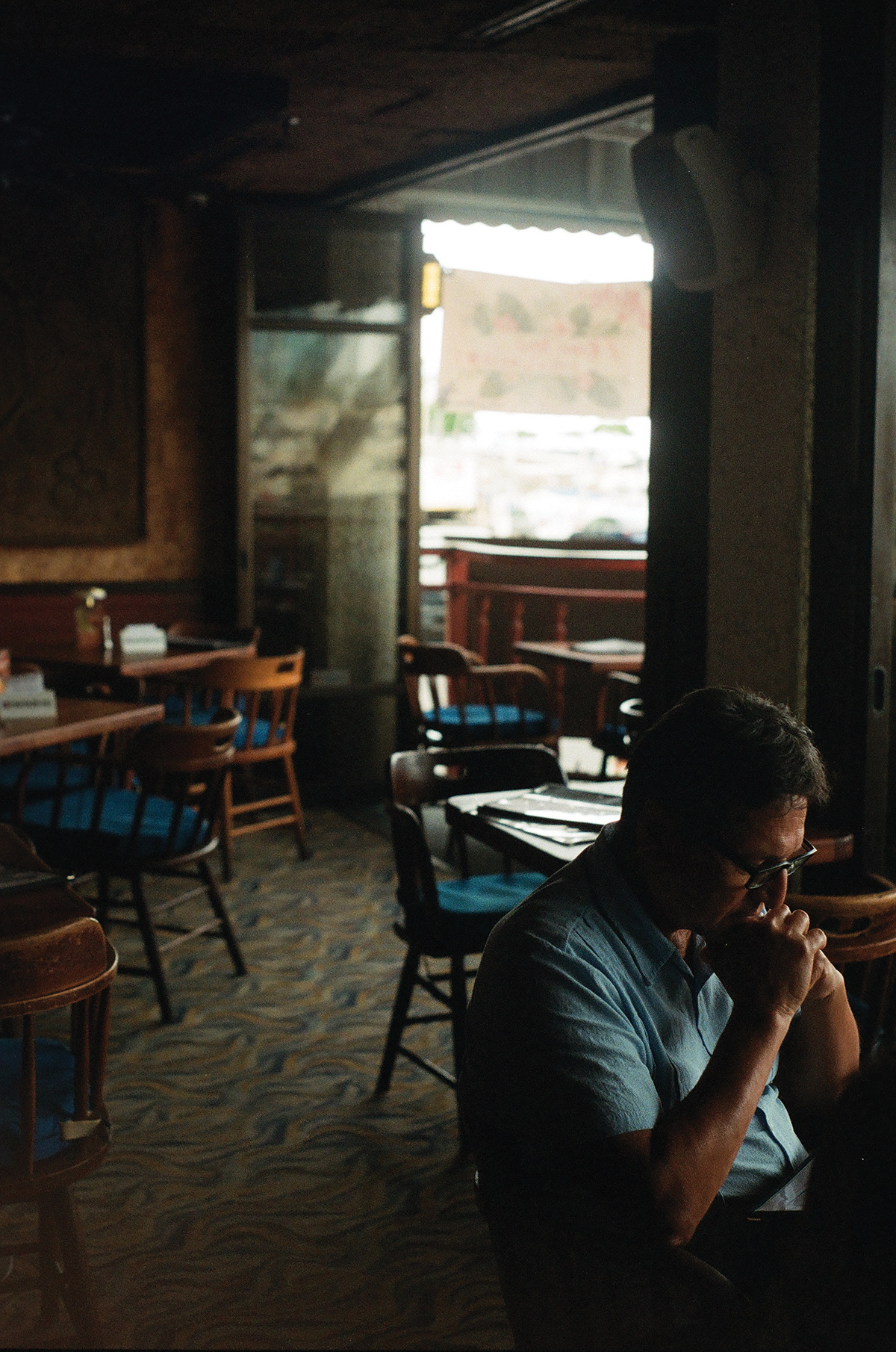 Of the thousands of photos I’ve taken over the years, the vast majority on a phone, some of the most significant have been my 200 or so film photos from these past few weeks. I can remember each one, if only because it took me forever to set up my camera to capture the moment. I tried explaining all this to a buddy later, and that I felt like I was finally settling into my new COVID hobby. To show off my skills, I gave her a picture I took from a few weeks back. My friend liked the photo but was disappointed—she was hoping I had baked her some bread.