Just the thing to give your keiki’s toy bin a local spin. 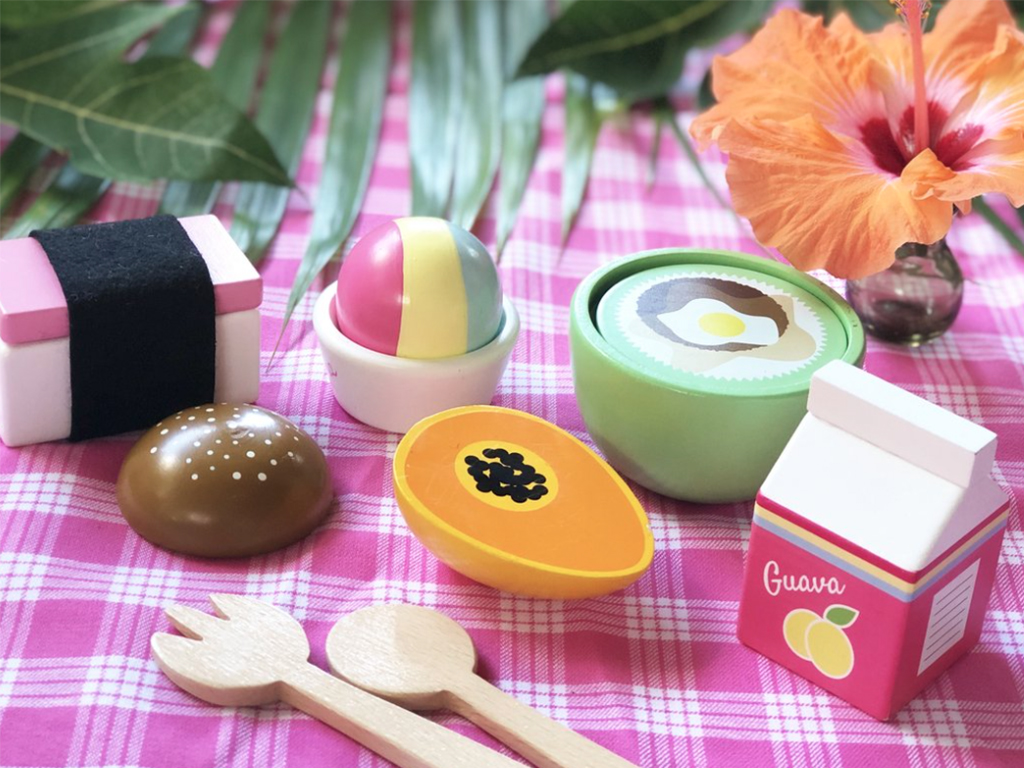 Few local toys have got us as excited as Keiki Kaukau, the new wood toy food set inspired by local eats that hits shelves today. Aside from the obvious fact that it’s just SO stinking cute, here’s why we’ll be snagging ourselves a set (or two, or three).

1. It was designed by a Hawai‘i mom and teacher. The playset is the brainchild of Mānoa native April Hail, a mom herself—she counts a 3-year-old and a baby among her brood—with a ton of keiki experience. Hail spent the past five years teaching English and French at Punahou School and before that was an au pair in Paris for several years.

After the birth of her second child, she decided to take a year off and inspiration struck. “My toddler is a play food junkie,” she says. “We took a trip to Paris in February where I got a super cute toy crepe set. That’s when it occurred to me, why don’t we have something like this that represents Hawaiʻi and all the local treats we love?”

2. It features all the best local kine grindz. Inside you’ll find a spam musubi, shave ice, loco moco/poke bowl, papaya half, malassada and little guava juice box. “Those are some of our family’s favorites!” says Hail of the assortment. Plus, a set of wood utensils. 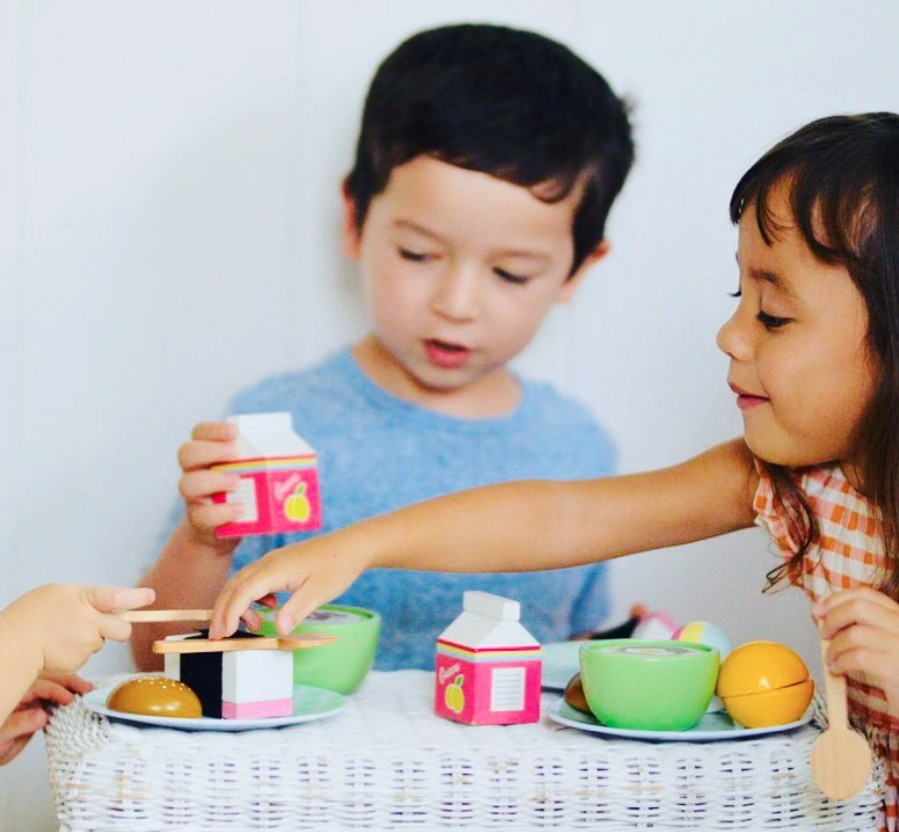 3. That’s right, a little wooden SPAM MUSUBI! Such an adorable block of rice, we had to mention it twice!

4. It’s made out of quality materials.The pieces are made out of eco-friendly wood, non-toxic paint and felt. Hail mindfully partnered with a factory founded by three moms with a long history of producing top-notch wood toys. 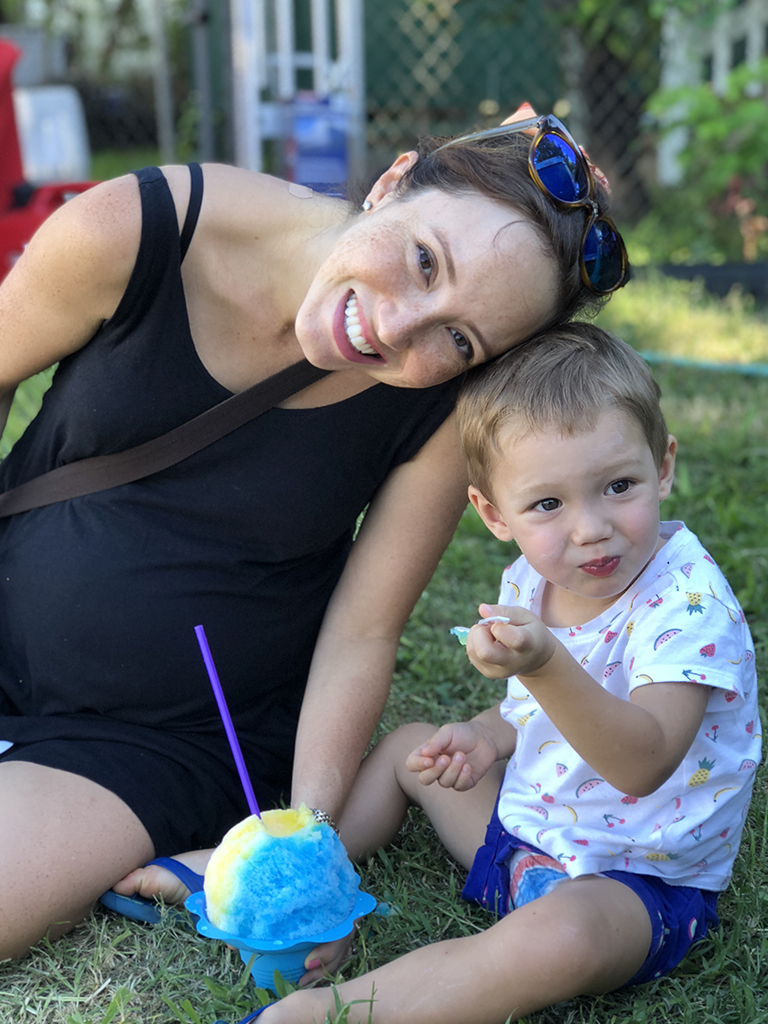 5. It encourages creativity and learning. The set sparks the imagination with its cheery colors and fun graphics, dreamt up by first-time illustrator Hail. “I doodled them out on scraps of paper and taught myself the bare minimum of Adobe,” she says with a laugh. And disassembling and reassembling its multiple parts—the shave ice splits apart, the bowl comes with both a loco moco and a poke top, while the felt on the musubi unwraps to reveal separate spam and rice blocks—helps with little ones’ fine motor skills.

6. It gives back to the local community. For each set sold, Keiki Kaukau will donate the equivalent of five meals through the Hawai‘i Food Bank. “I knew from the beginning that I wanted to create some sort of community partnership,” Hail says. “Hawai‘i Food Bank is an important longstanding organization in the community and it serves a vital need.” 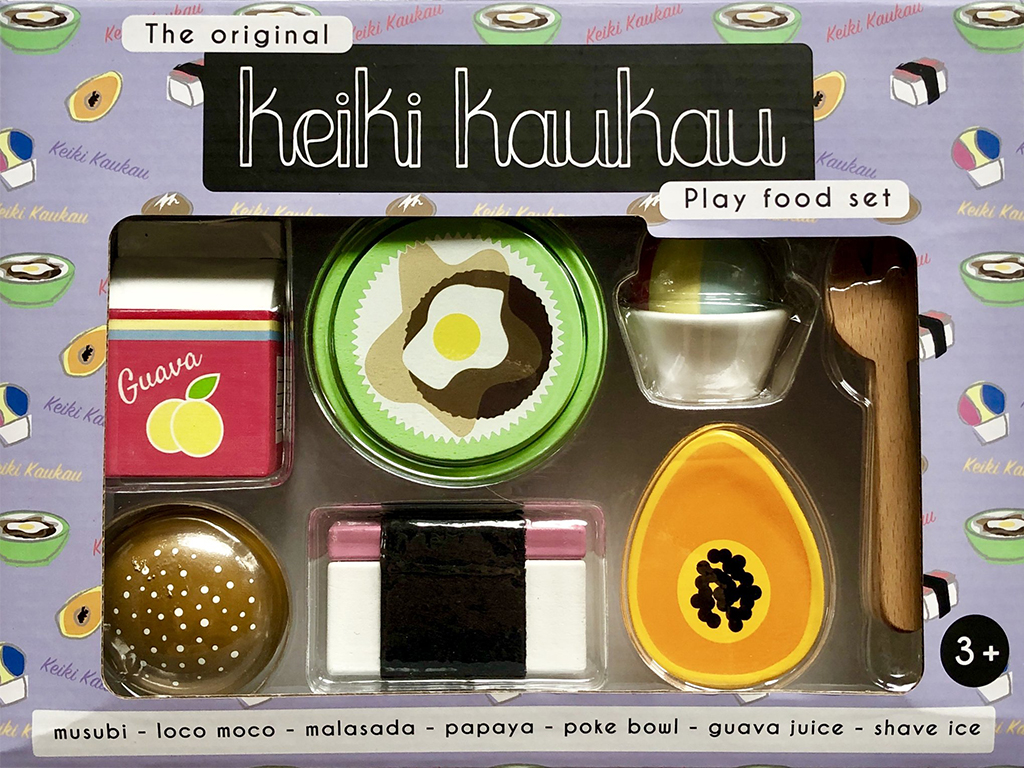 7. It’s stocked at several of our favorite local keiki boutiques. In addition to keikikaukau.com, you can find the sets in Honolulu at Hopscotch, Up & Riding and Sand Kids, and in Haleiʻwa at The Growing Keiki.

Where to Find Santa in Honolulu in 2021