With World Poetry Day on March 21, and with National Poetry Month in April, what better way to celebrate poetry than to read (and watch and listen to) some of Hawai‘i’s incredible poets?

Hawai‘i’s poetic roots date back to oral tradition and hula, a form of danced poetry where the words are not only chanted but embodied. Contemporary poetry in Hawai‘i is delivered by a stunning lei of spoken word poets, hula masters, academics, naturalists and teachers who reflect in their words the complex poetic and cultural legacy of the Islands. As a poet myself, I find it challenging to highlight just a few poets, because I know that for every star I sight here, constellations exist. These selections are just an invitation to readers to dig deeper into Hawai‘i’s poetic culture.

Nalani Kanaka‘ole and Pualani Kanaka‘ole are kumu hula, drawing from a long matrilineal tradition of hula that traces back to their mother, Edith Kanaka‘ole; according to the National Endowment for the Arts, “they are looked to as the guardians of the ancient style of hula that predates commercial forms of the dance that emerged in the twentieth century.”

The sisters perform ancient oli as well as chants they have composed themselves, braiding together their own creative forces with received wisdom that draws inspiration from the natural world, especially the forces of Pele. They are Hawai‘i’s true living poetic masters. Pualani Kanaka‘ole explains: “Hula is a reflection of life. Hula is a way of retelling history. What hula does is it transports us from this world into another. It is that vehicle.” Holo Mai Pele is an opera, the stunning tale of Pele—and her sister Hi‘iaka—who discovers the goddess within and her ability to bring life to what has been formed by fire. (Watch it here.)

The poem traces the evolution of beings (it has been commented by scholars that the Kumulipo represents the earliest written observation of evolution, an observation that predates Darwin) from the origins of life in the sea to their analogs on land: “A coral insect was born, from which was born perforated coral,” and from this arise the higher life forms, vegetable, animal and human alike. The meaning exists on multiple levels: The poem can be read as a metaphor for human development in the womb, a metaphor for the growth and development of the ali‘i from infancy to manhood. This stunning poem braids an intricate pattern of language and multiple levels of meaning that is awe-inspiring and imbued with the impenetrable mystery that resonates through language and imagery that represents the natural world: “A night of flight by noises through a channel; water is life to the trees; so the gods may enter, but not man.” (Available online here.)

When Jamaica Heolimeleikalani Osorio was 16, she was introduced to slam poetry, a form of poetry that she says speaks to her as a Hawaiian woman in the LGBTQ community. At the White House in 2009, President Barack Obama hosted an Evening of Poetry, Music and the Spoken Word, with young poets from across the country performing. The event was historic for many reasons: It is where Lin-Manuel Miranda performed a little rap he was working on at the time—one that would turn out to be foundational to his musical, Hamilton. Osorio also performed that night.

SEE ALSO: Meet the Young Hawaiian Activists Who Are Making a Difference in the Islands

She tears down the house, and comments on the losses of culture that come with forced assimilation. With voice trembling, Osorio exclaims: “I have forgotten my father’s own grandparents’ middle names, / forgotten what color thread God used to sew me together with, / but there’s a culture, a people, somewhere beneath my skin.” Osorio declares: “Our tongues feel too foreign in our own mouth.” In a PBS documentary about her work, she explains that “a poem is only as good as it resonates.” Osorio’s poetry resonates. She maintains a blog where she posts her poetry freely. She also wrote and performed at Mauna Kea. In a recent poem published on her blog, she writes: “On the morning you wake to the end of the world / take your body back to the kai / to the place our kūpuna taught us life began.” (Watch her perform at the White House above; read her poetry online here.) 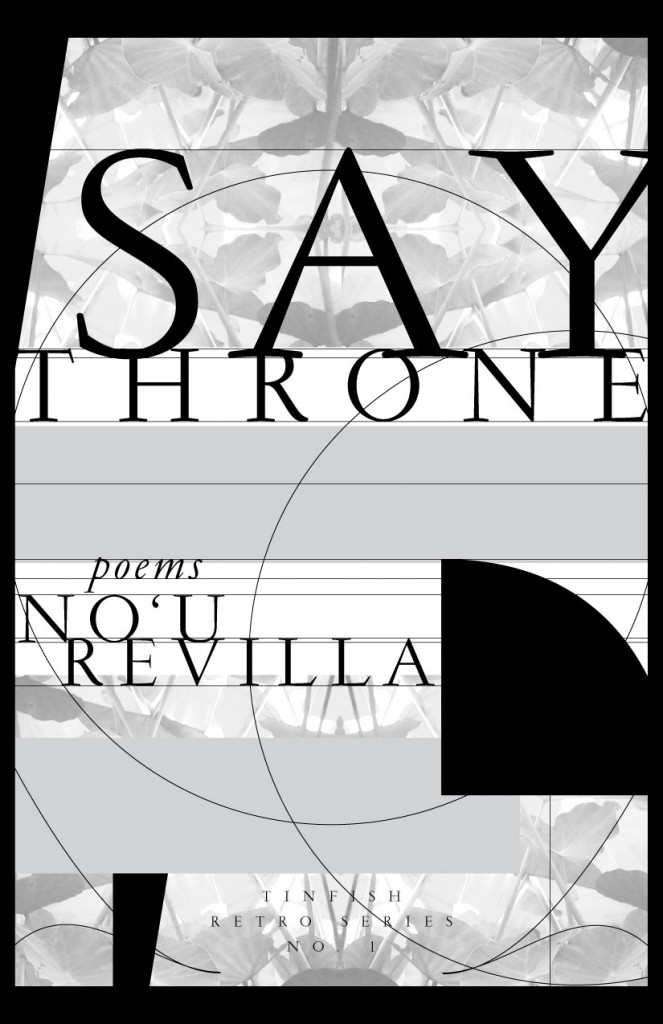 Say Throne’s confessional poetry explores the female indigenous experience in plain-spoken free-verse. The poems are metaphorical and allegorical statements on sexual violence, family planning and the various forms of misogyny women face as they navigate the world. Revilla writes about straining rice: “I never lose a piece of rice, / because that / could be my daughter.” The critic Barbara Jane Reyes, who reviewed Revilla’s Say Throne for Poetry Foundation, reads these poems about indigenous women and reproductive rights through a lens of “sovereignty over the body analogous to sovereignty over land and islands.” (Get the chapbook for free online here.) 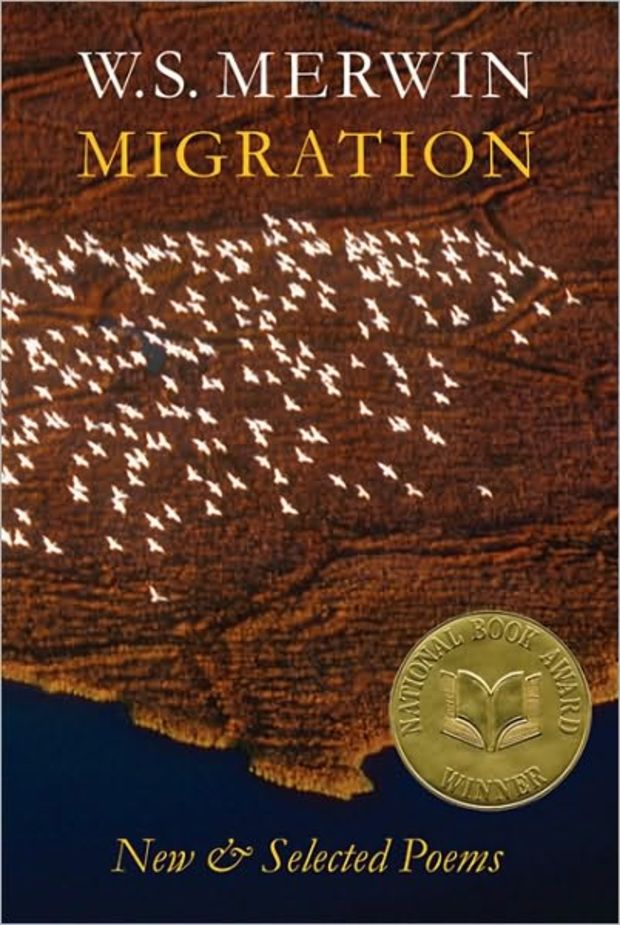 W.S. Merwin moved to Hawai‘i in 1977, purchased property on Maui’s north shore and spent the rest of his life continuing to write the poetry that made him famous while also planting palm trees and restoring land destroyed by commercial sugar and pineapple plantations. Merwin is one of the most acclaimed poets in the U.S., having won the Pulitzer Prize twice, the National Book Award for Poetry, and having served as U.S. poet laureate. He is the heir of the modernists, anointed into the fold by W.H. Auden for the prestigious Yale Series of Younger Poets. He writes about mortality, about death, about erasure of the natural world, and about self-erasure. His poem, “For the Anniversary of My Death,” notes: “Every year without knowing it I have passed the day / When the last fires will wave to me.” His poetry about Hawai‘i is stunning. In “Questions to Tourists Stopped By A Pineapple Field,” Merwin asks, “what do you remember about the last time you ate a piece of pineapple / did you know where it came from how much it cost.” In “Rain at Night,” he writes, “after an age of leaves and feathers / someone dead / thought of this mountain as money … it is hard to say it / but they cut the sacred ‘ohias then / the sacred koas then / the sandalwood and the halas.” Merwin’s palm forest on Maui at The Merwin Conservancy is open to the public, and furthers his mission to promote poetry, education and conservation on the Valley Isle. (Read his poems online here.) 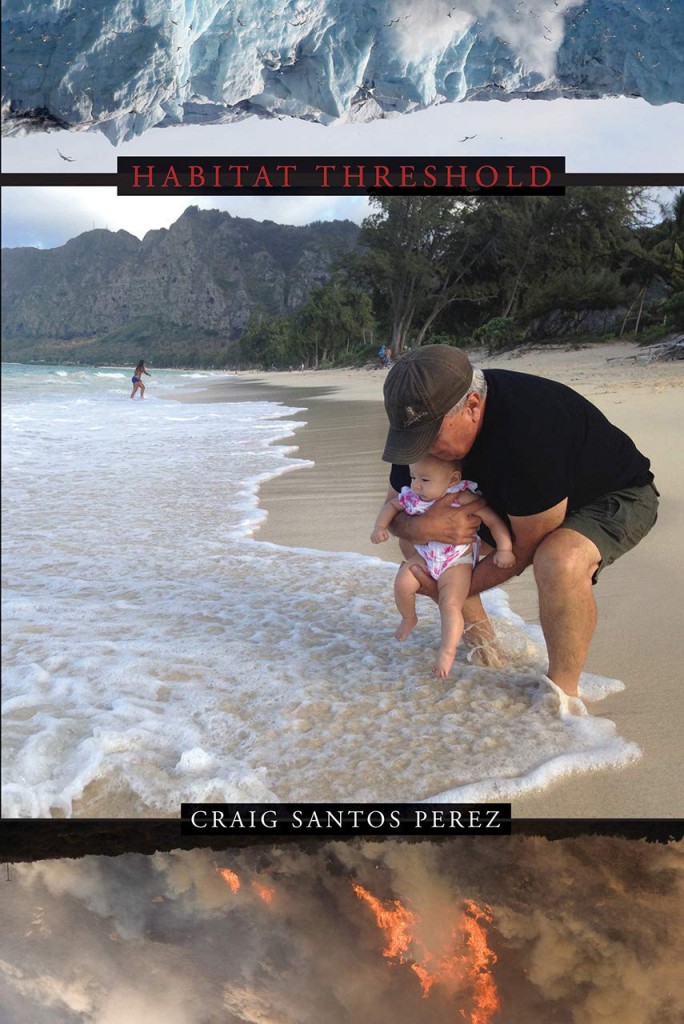 Eco-poet and professor at the University of Hawai‘i, Craig Santos Perez offers brilliant elegies to a dying planet in Habitat Threshold. Perez’s highly sonic poetry (it is meant to be read aloud) addresses the greatest ecological disaster of our time through a personal lens. Perez is at his best when he writes about his desire to protect his daughter from a warming planet, and the crises of refugees fleeing war, famine and sea level rise. He writes movingly about how his daughter’s earliest moments were touched by plastics. In his poem “Chanting the Waters,” Perez writes, “by the end of this poem, / five children will die from water-borne diseases … our daughter loves playing in the ocean … someday she’ll ask, ‘where does the ocean end?’ … we’ll tell her the ocean has no end.” In a heartbreaking poem that will leave you in tears, he writes about the orca that carried its dead baby for days, and juxtaposes it with tender scenes from his own family life. Perez honors his poetic influences by “recycling” their poems; for example, he recycles a poem called “A Supermarket in California” by celebrated Beat poet Allen Ginsberg in his poem, “America,” with a line that goes: “When can I go to the supermarket and buy what I need with my good poems?” (Buy the book here.)

SEE ALSO: A Writer’s World: How to Make it in Hawai‘i

In my blog I have written about issues of gatekeeping and access in the poetry world that make publishing inaccessible to marginalized groups. Poets seeking to publish their first collections often have to pay editors multiple high entry fees to read their manuscripts, something unheard of in nonfiction and fiction publishing. Given the clear accomplishments of the young indigenous female poets on this list (as I have noted, they have been featured on PBS, Poetry Foundation, and have won numerous awards), none have full-length poetry collections in print.

Janice Greenwood earned her MFA in poetry from Columbia University. Her poetry has appeared in literary journals including the New England Review, DIAGRAM, Cider Press Review, Cimarron Review and elsewhere. She has been nominated for a Pushcart Prize and was named a finalist for the Ruth Lilly Poetry Fellowship. Her first book of poetry, Relationship, is available through Sphinx Moth Press, which she established as a way to discover local Hawai‘i writers and to offer a publishing platform for writers across the country.