Your dream destinations for 2011 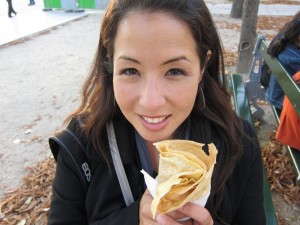 Every January I look forward to the New York Times’ list of must-see places that year.

The newspaper picked 41 locales for 2011, ranging from little coastline town of Sopot in Poland to the historic town of Pingyao in China. Even Oahu made the list, believe it or not, highlighting Disney’s Aulani resort and the swanky new Waikiki EDITION.

While it would be cool to take in the art scene in Santiago, Chile or ski the terrain of the Republic of Georgia, those two wouldn’t have made my personal 2011 list.

It’s not like I can afford these vacations — not just in 2011 but ever — but it’s fun to daydream, especially at work on a particularly bad day.

• Amami Oshima (Islands), Japan: Located north of Okinawa, this island boasts some of the best surf in Japan. And the water on this semi-tropical island relatively warm. Amami is also home to several rare and endangered animals including the Amami rabbit, which would be appropriate as this is the Year of the Rabbit.

• Iceland: I’ve long been a fan of Iceland, seduced by its icy exotic landscape with thermal springs, glaciers, volcanoes and other things geology fanatics (like me) get excited about. I’m guessing the bars here are heated.

• Byron Bay, Australia: Yes, I’m lured by the famous surf. But the city of Byron Bay in the far-northeastern corner of New South Wales has a lot more to offer than idyllic waves. It also boasts award-winning restaurants, music festivals and a popular farmer’s market.

• Carmel, Calif.: I read somewhere that Carmel in northern California had the most restaurants per square foot than any other American city. I don’t even care if that’s true or not — I’m sold. The quaint little town situated on the Monterey Peninsula has restaurants with names like La Bicylette (rustic European family-style cuisine) and Merlot! Bistro (California wine cuisine). But I really want to eat the famous French toast by Em Le’s Old Carmel Restaurant. The photos alone make me salivate. In addition, it could be the most dog-friendly city in the United States, with off-leash beaches and restaurants that don’t mind the four-legged company.

• Paris, France — again: I know I’ve been there already — and last year! — but you really can’t get enough of this iconic French city. The Louvre, the Montmartre, the Eiffel Tower — I could see these things again and again. It’s a must if you’ve never been — and a must-do-again for everyone else. And don’t forget to eat the streetside crepes. What are you waiting for?

What are your picks?