Next up in our series on beer styles: Hearty, warming porters. 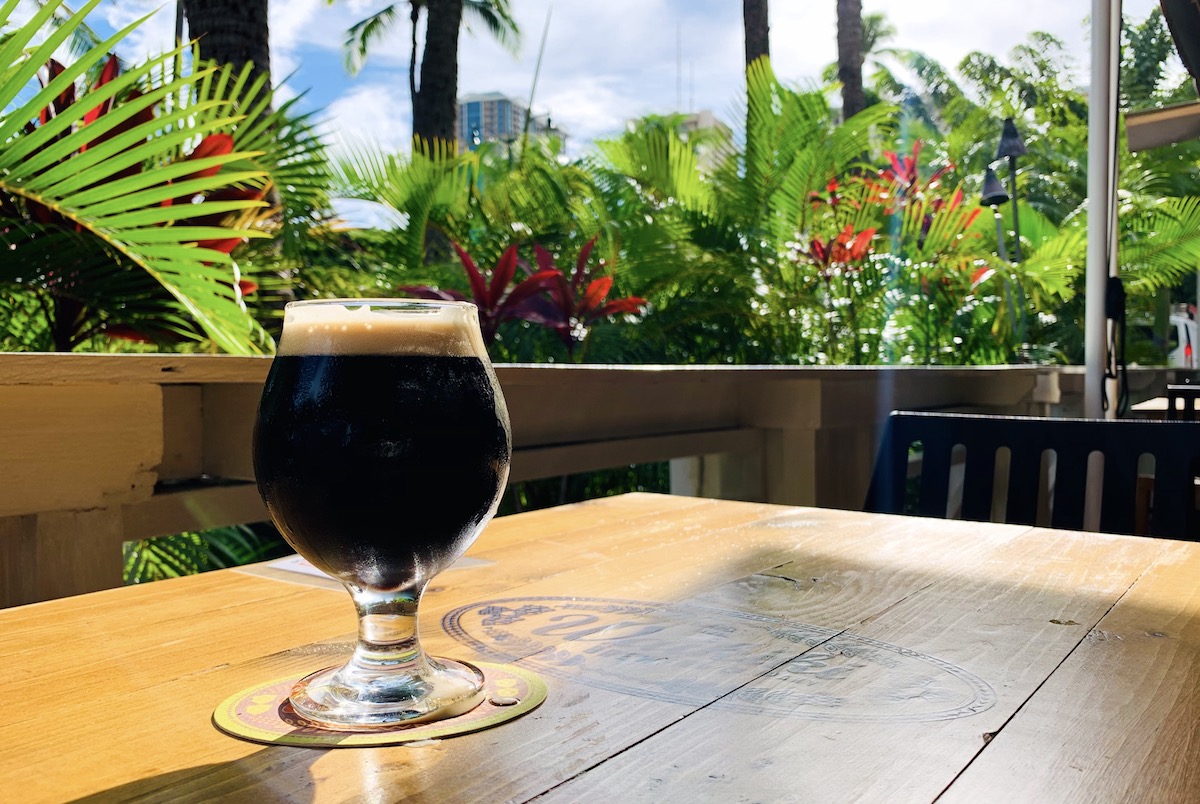 Many beer styles have become seasonal favorites due to their flavors and how they make you feel. Darker beers are commonly enjoyed most during cold weather due to their heartiness and warming alcohol. But in tropical locales like Hawai‘i, porters and their close cousins, stouts, are enjoyed year round. Unlike many of today’s popular styles, porters have been around for hundreds of years. This long history has led to diverse sub-styles including some with adjuncts such as coffee, chile peppers, coconut, chocolate and other savory and bitter ingredients that complement the dark malt. While it is not possible to know if our modern variations taste the same as the originals, porters are a mainstay you can find on almost every brewery’s tap list.

For this simplified introduction, a mixture of English and American Porter characteristics are highlighted. The Beer Judge Certification Program describes the American Porter as having a medium-strong dark malt aroma with lightly burnt character, low to high hop flavors such as resiny, earthy or floral esters. It is a dark brown to black beer, often with ruby highlights, and a tan-colored head that stays fluffy. The flavor is of strong roasted malt often with chocolate or coffee notes, dry to medium-sweet in profile, though it should never taste burnt or harsh. In summary, “a substantial, malty dark beer with a complex and flavorful malt character.” English and pre-Prohibition versions are often less bitter with subdued biscuity dark malt qualities. Porters are weaker and more easily approachable than stouts.

Porters originated in London, England in the 1700s. The name most likely comes from the professions of the people it was brewed for—porters who carried heavy loads. Compared to popular light brown beer styles of the time, the style’s stronger alcohol and protein content were needed after a long day of manual labor. Variations including stronger versions originally called “stout porters” were a popular British export around their empire in the 1800s, among them Baltic Porter with connections to Imperial Russia, and sweeter Caribbean Porters in the East Indies. In the early 1900s, the English Porter virtually disappeared until the craft beer revolution of the 1970s saw its reintroduction and modern development in Europe and the US.

If you want to sip on a classic craft beer style with an island twist, support these local breweries:

The silver medal winner of 2017’s Great American Beer Festival, the Black Strap Molasses Porter is one of Waikīkī Brewing’s most popular beers. The malt selection naturally imparts flavors of chocolate and coffee, accentuated with the addition of black strap molasses during the boil. As described by the brewery, Fuggle hops from England, and Goldings (a hop derived from English varieties) provide “refined earthy bitterness that compliments the roasty flavors of the malt.” The beer is available on draft ($7 a pint) at all brewery locations, plus is widely available in cans ($10 for a 6-pack) throughout the state.

One of Lanikai Brewing’s three core bottled beers, Pillbox Porter is made with two of the rarest vanillas in the world—Hawaiian (spicy and bold) and Tahitian (floral with notes of black cherry). The brewery describes it as “balanced by notes of chocolate, caramel and roasted barley, with just a touch of hops to balance the decadent vanillas.” With a thinner body to complement the island climate, this beer is recommended for pairing with desserts. Available at the brewery on draft and in bottles, it is also found at Whole Foods Market and other grocery stores ($10 for a 22-ounce bottle).

Thankfully for neighbor islanders, this Big Island brewery distributes its bomber bottles across the state ($10 for a 22-ounce bottle). A seven-time winner at the US Open Beer Championships, White Mountain Porter is brewed with dark malts, a blend of American hops, toasted coconut and White Mountain coffee from the Hāmākua Coast. “Black in color, its coconut and coffee aromas are followed by hints of rich, silky, dark malt with nuances of chocolate” is how the brewery describes this porter. They recommend pairing with spicy food or adding a scoop of vanilla ice cream.

Excelling at traditional and European styles, Aloha Beer makes its Portlock Porter with no adjuncts. The beer is described as “dark, robust and full-flavored while remaining very approachable and easy drinking. Layers of coffee and bittersweet chocolate notes lead to a long, lingering roasty finish.” As this brewery does not distribute, this beer is best enjoyed on draft ($6.50 a pint) in the Kaka‘ako beer garden on a cool evening—or fill a growler to take home.

As this is not an exhaustive list of Porters brewed in Hawai‘i, look for the style name or one of its variants on your next brewery visit or next time you purchase locally made beer.