We chatted with Hawai‘i’s baking star and her mom and dad for stories about long days in the studio, kid camaraderie and the difficult task of staying quiet when you’re a proud parent. 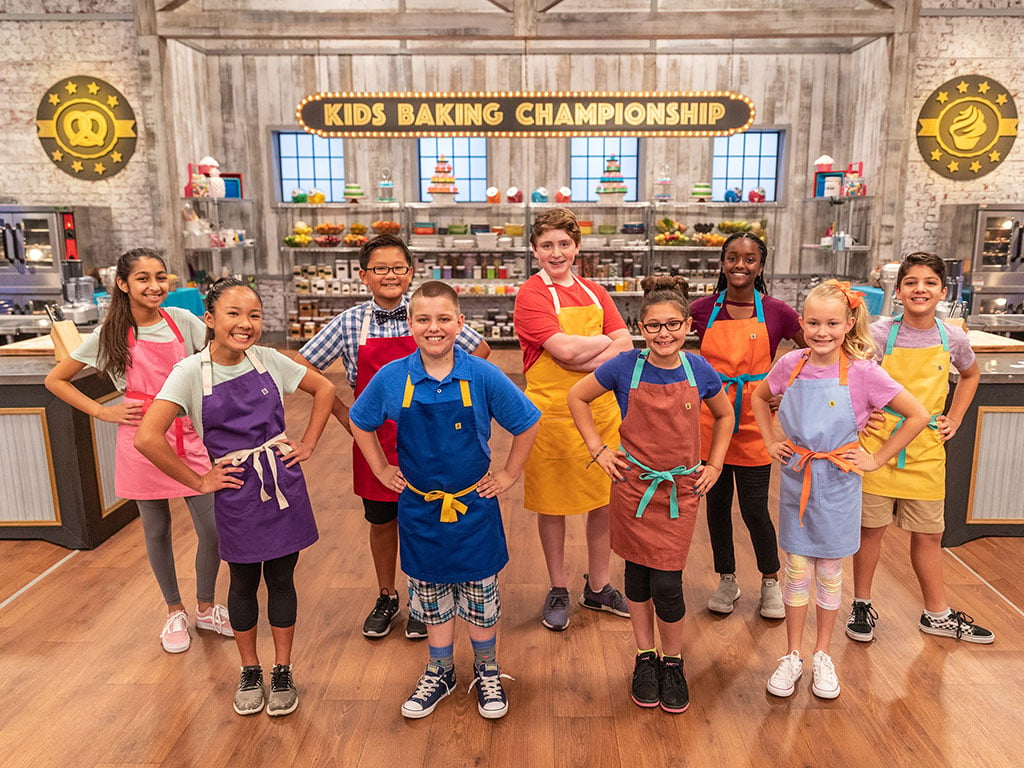 Taylor Inouye (in the purple apron, second from the left) finished in the top three in the fifth season of Kids Baking Championship. Photo: Courtesy of the Food Network

When schools, parks and beaches closed down, a lot of families turned to the kitchen. My daughter and I coordinated Facebook Messenger cooking parties with her girlfriends and I was soon one of the many perplexed people searching for the yeast and flour that disappeared off store shelves.

Now that so many more kids have their baking games on, how would they like to put their skills to the test for a $25,000 prize? The popular reality show, Kids Baking Championship, is casting keiki right now for this year’s show—which is currently scheduled to begin filming in August—and actually takes applications year-round. You may have seen the adorable and amazingly talented bakers cheering over dessert imposters and crying over toppling towers of macarons (which made me tear up), but what is it really like to be a contestant and parent of a contestant?

We asked our favorite Kids Baking Championship alum, Taylor Inouye—who was one of the top three finalists in season five—and her mom and dad, Vincy and Mike, to tell us what it was like behind the scenes at the show.

HONOLULU Family: Whose idea was it to apply and what did you send in for your application?

Taylor: I got the idea to apply to the show from my fourth grade teacher (thank you Ms. R!) who had put it in the school’s weekly newsletter. After getting permission from my parents, I went straight to my room and typed up the whole application myself. I remember it not taking too long and having to record a video expressing why I wanted to compete as well as including photos of some of my dessert creations.

HF: For the parents, who went up with Taylor and what was a typical day or week like for you?

Vincy: I went to New Orleans with Taylor. We were there for about three weeks in June. It was hot and very, very humid. The first several episodes took about two days to film the bake, judging and interviews. As contestants were eliminated, we were eventually able to film one episode per day with the contestants having a dark day (a day off from filming) every four or five days. 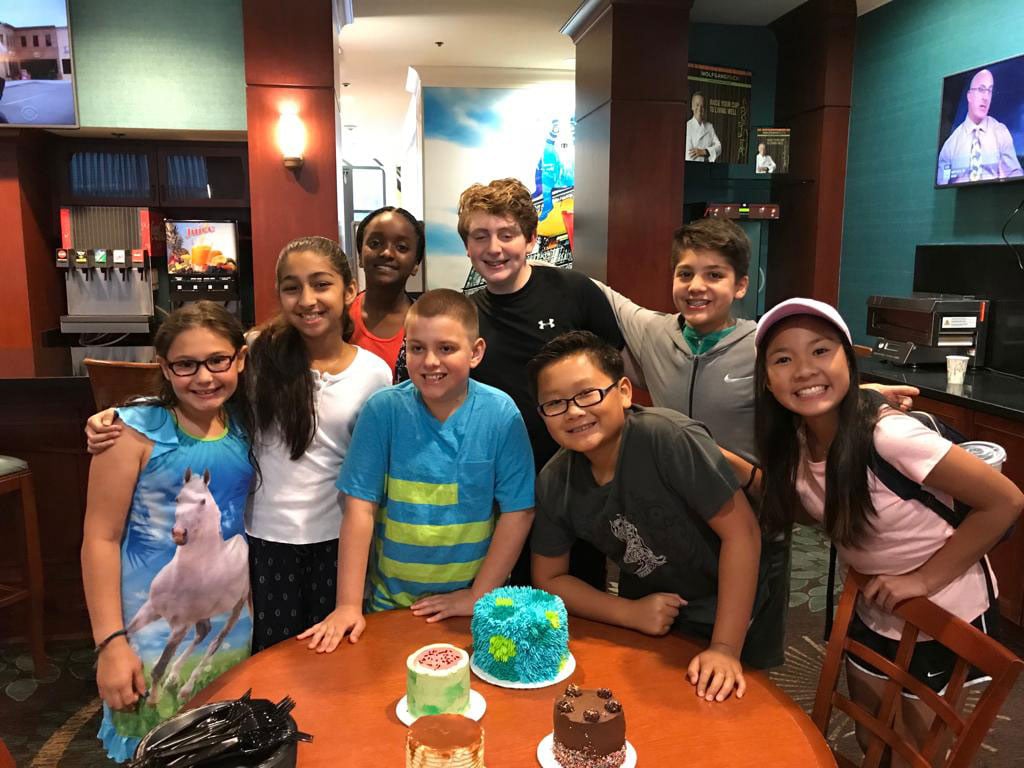 The keiki bakers, including Taylor (far right), after filming the first episode in season five. Photo: Courtesy of the Inouye family

The days on set were pretty long, about nine hours a day. The parents were kept in a separate building from the baking set. We huddled around one monitor divided into 12 grids, one grid per camera operator. Since each contestant had a microphone pack, they were not able to bring in a [single] audio feed for us so we watched in silence and did our best to read lips to figure out what was going on.

The eliminations were always the hardest to watch.

Although the parents really didn’t do much while on set—we read, worked remote and just hung out—I always felt emotionally drained at the end of the day! The kids, on the other hand, were completely fine and always wanted to hang out together when we got back to the hotel.

HF: What were the challenges of being a parent on set?

Vincy: It was hard juggling things in New Orleans with things going on at home. The biggest challenge for me was reminding Mike that we were bound by a confidentiality agreement. We were filming in June which is peak graduation party season and Mike ran into a lot of our friends. Let’s just say Mike has no poker face. None. At. All. 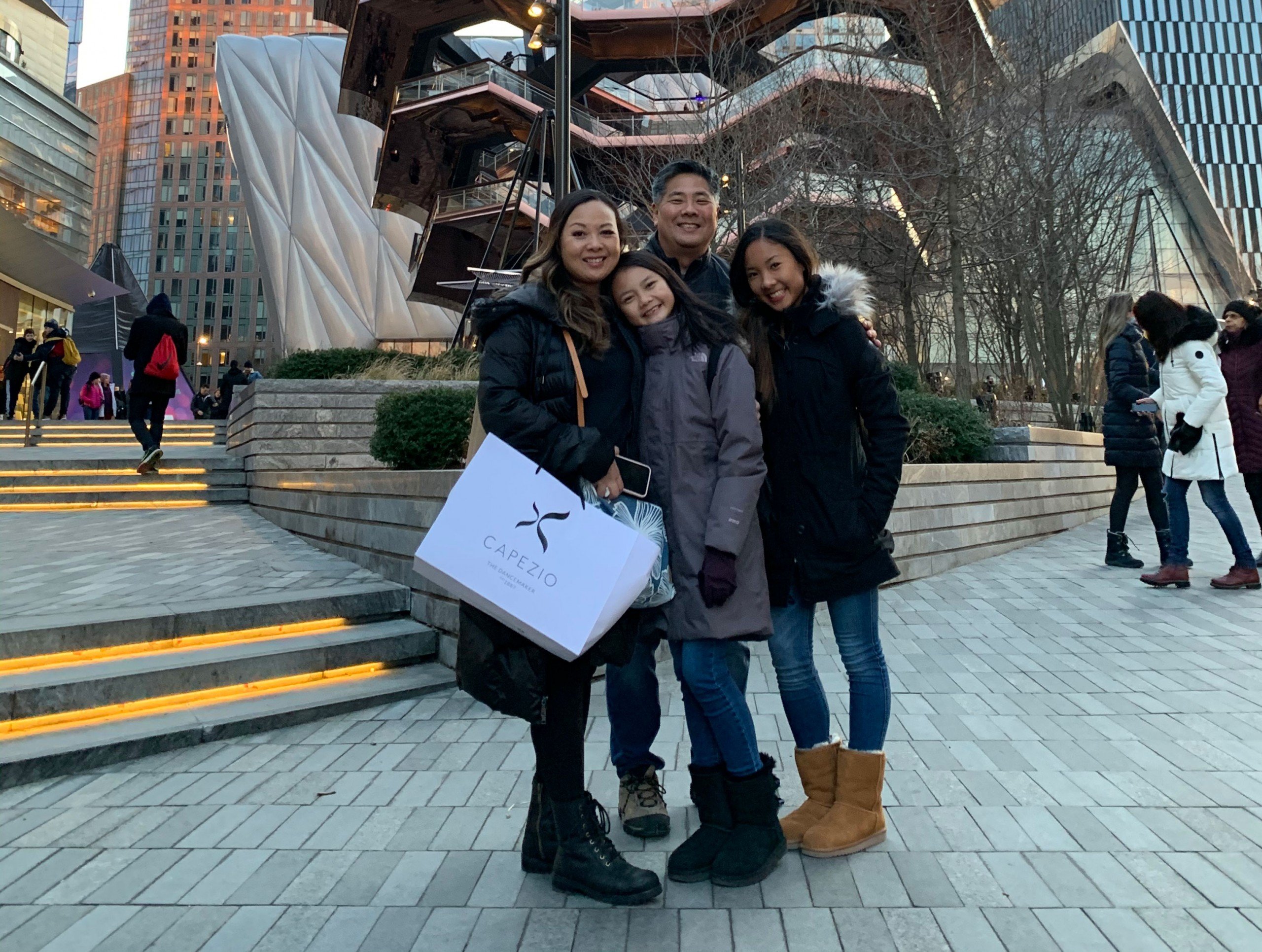 The Inouye family during a trip to New York. Photo: Courtesy of the Inouye Family

HF: What was the best and most challenging part of this as a parent?

Vincy: The sheer awe and pride I felt watching Taylor in her element. Baking alone is hard enough but to do it with cameras in front of you and in such a high-pressure environment would be hard for any adult to do, let alone a child.

Mike: Worst part was keeping my mouth shut. It was hard to contain my pride and excitement, though it did get easier once it started airing. Best part was enjoying each episode with friends and family.

HF: What has Taylor been doing since the show?

Taylor: Now that I’m in high school, I’ve been focused primarily on school and other extracurricular activities. I started paddling for the first time this school year and joined the pole-vaulting team. I’m also getting back into musical theater and continue to play taiko with Taiko Center of the Pacific.

With the time differences and everyone’s busy schedules, it is hard to regularly connect with everyone from my season of the show. Matthew and Natasha, the other two finalists from my season, are the two I talk to the most; usually a few times a week. We’ve seen each other several times since our season wrapped filming. Matthew was supposed to spend the summer here with me because we’re in the cast of [ʻOhana Arts’ original production] Peace on Your Wings, but those plans will now be for summer 2021. 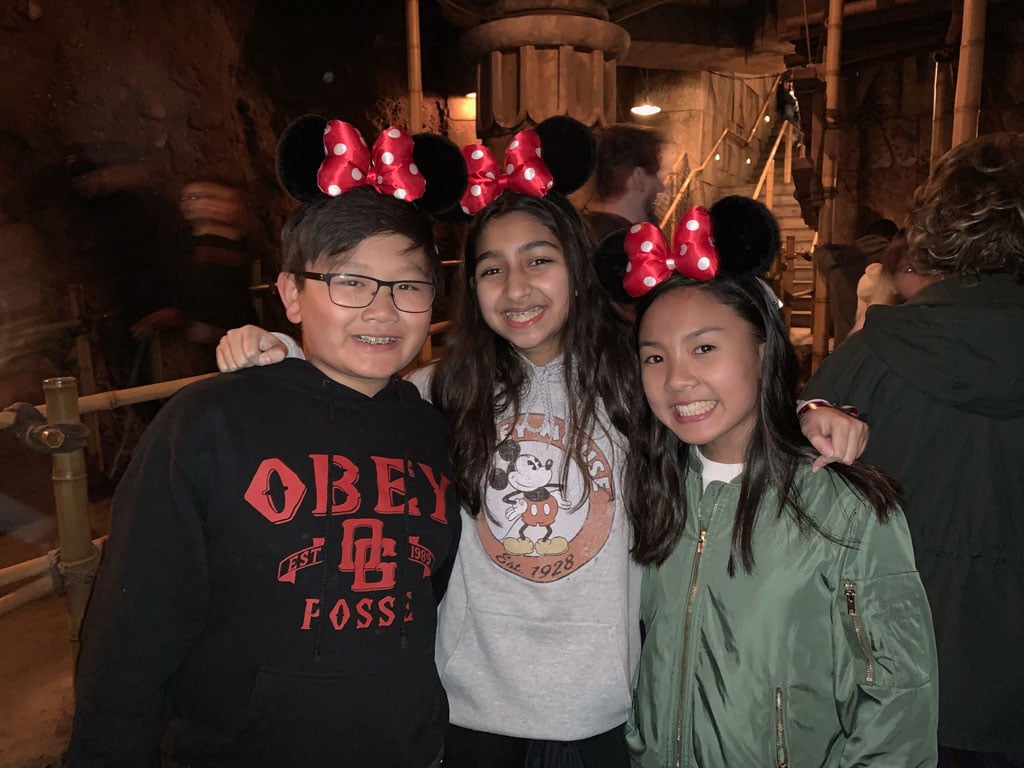 Taylor (middle) with fellow contestants Matt and Natasha at Disneyland. Photo: Courtesy of the Inouye family

Mike: Since the show, Taylor has had opportunities to participate in the Food & Wine Festival on Oʻahu and Maui, The Sweets Show in LA and Hawaiʻi and the LA Cookie Con. She has a monthly segment on Sunrise on Hawaiʻi News Now with Grace Lee. She still bakes for family and friends and is also enjoying being a freshman in high school, playing sports and taiko. The show has given her so much self-confidence and reinforced her desire to pursue culinary arts.