Ever wondered what the zoo is like once everyone leaves and the gates close? We took a few kids to try it out.

Editor’s Note: This was first published and updated for the May 22, 2021 restart of the tours. Masks are now required. 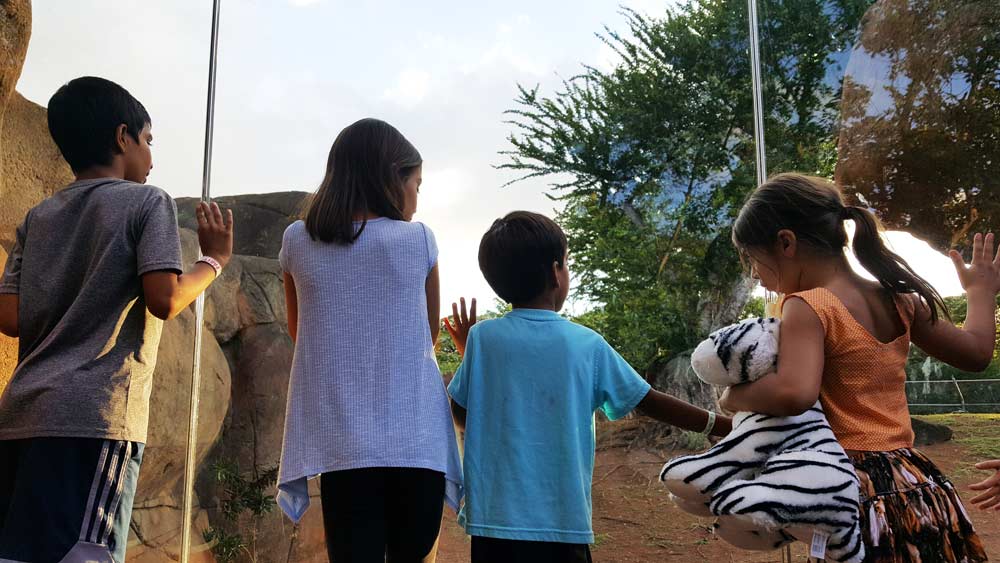 What: Twilight Tours at the Honolulu Zoo

If you’re like me, you can’t get enough of the zoo, but you’d probably like it a lot more if it wasn’t as hot and if the animals didn’t seem so lethargic. Well, thankfully, the Honolulu Zoo recently reintroduced its Twilight Tours program every Saturday from 5:30 to 7:30 p.m. (4:30 to 6:30 p.m. during from October to March.) During the summer of 2019, the zoo also decided to offer tours Friday through Sunday in June and July. We decided to take the kids on a little safari adventure after work on Friday. 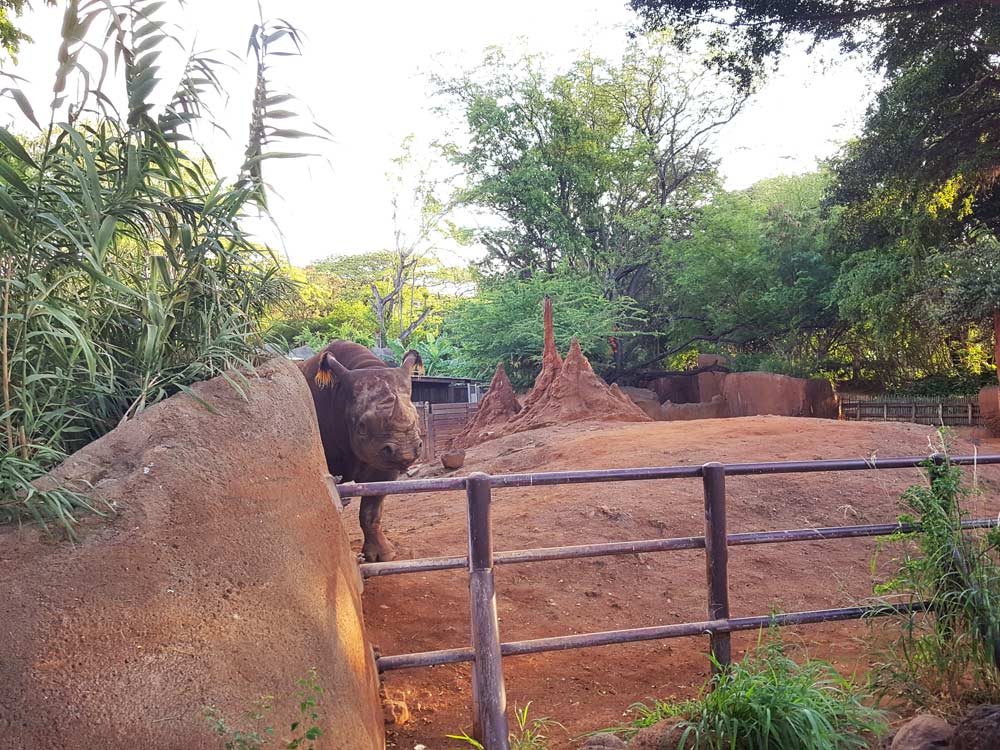 Some animals waited until the group passed to pop their heads out. Photo: Enjy El-Kadi

We left the office around 5 p.m. to pick up the kids, but, thanks to Honolulu’s notorious traffic, we didn’t make it to the zoo until around 5:45 p.m. We found parking in the zoo lot surprisingly easily and walked/ran as quickly as we could to Gate #3, which is located on the far end of the parking lot and where we were supposed to check in with the Education Guide. Unfortunately, the gate was locked and there wasn’t a single soul around to let us in. Note to self: Leave work earlier next time.

After standing around for a while, and pacing back and forth, a security guard noticed us waiting outside the gate and called one of the guides to let us in. Whew. Good to know they don’t intentionally lock you out if you show up 15 minutes late.

Now the real fun could begin.

SEE ALSO: 🐧 Honolulu Zoo and Other Family Places Are Reopening With New Rules 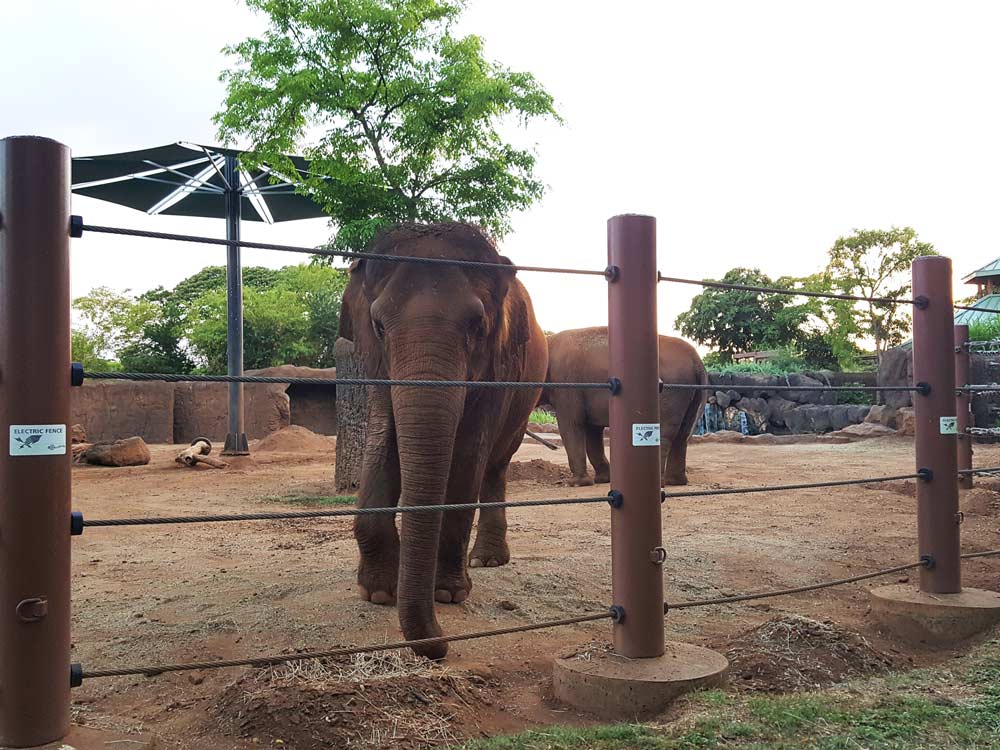 The first thing we noticed was all of the animals are awake and actually facing us! That definitely made things a lot more exciting and created several photo ops. Personally, I was really excited to see if the fennec foxes were awake for once, but 6 p.m. must’ve still been too early for them because they were still curled up into snoozing balls of fluff. We did finally get to see one of the aardvarks, something I was starting to think didn’t really exist. Our Education Guide, Casey, told us that most people never get to see them. In fact, it was only his second time spotting one at the zoo. How cool! 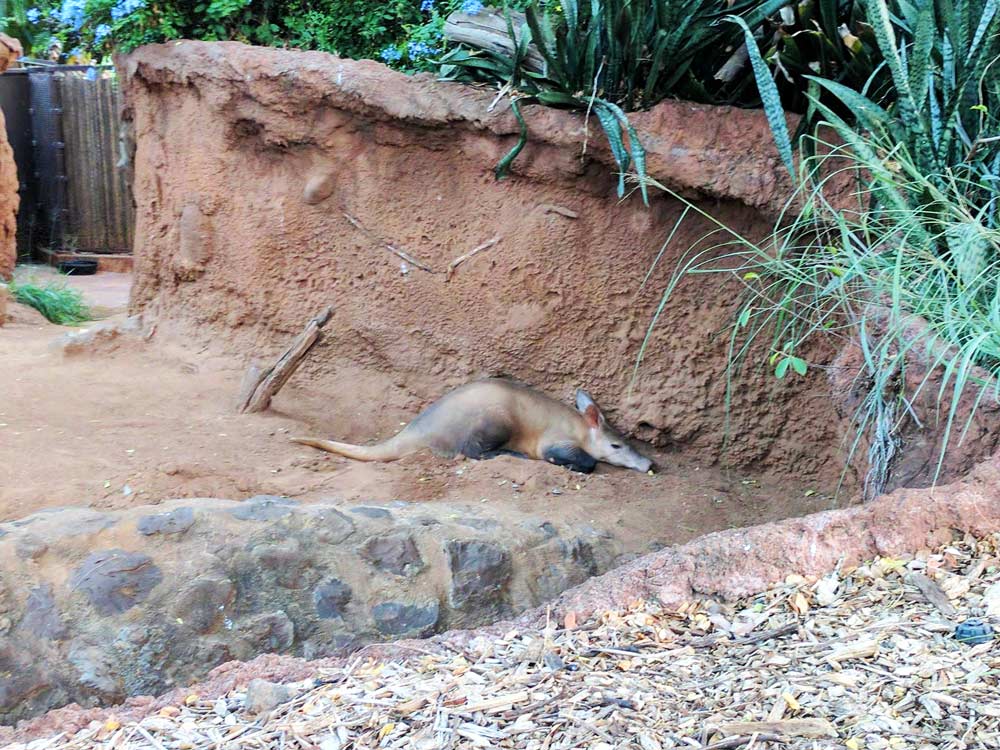 So that’s what an aardvark looks like in real life! Photo: Enjy El-Kadi

The second thing we noticed was that we weren’t dying of heat. Always a plus.

Casey was wonderfully loud–meaning we could hear him clearly, even over the noise of the crowd of kids–and charismatic. Our 4-year-old decided he wanted to spend the second half of the tour walking next to him, which was pretty adorable. We definitely learned a lot of information about the animals that you won’t find on the information plaques. He would also periodically ask the kids questions, such as “How many bones are in a giraffe’s neck?” (Answer: Seven, just like humans, but the giraffe’s are much larger.) He even got all the kids to stand around like flamingos. Casey also welcomed questions and didn’t seem to mind when the kids asked the same question twice, including “Why are the giraffes and zebras in the same place?” (Answer: They don’t eat the same food). 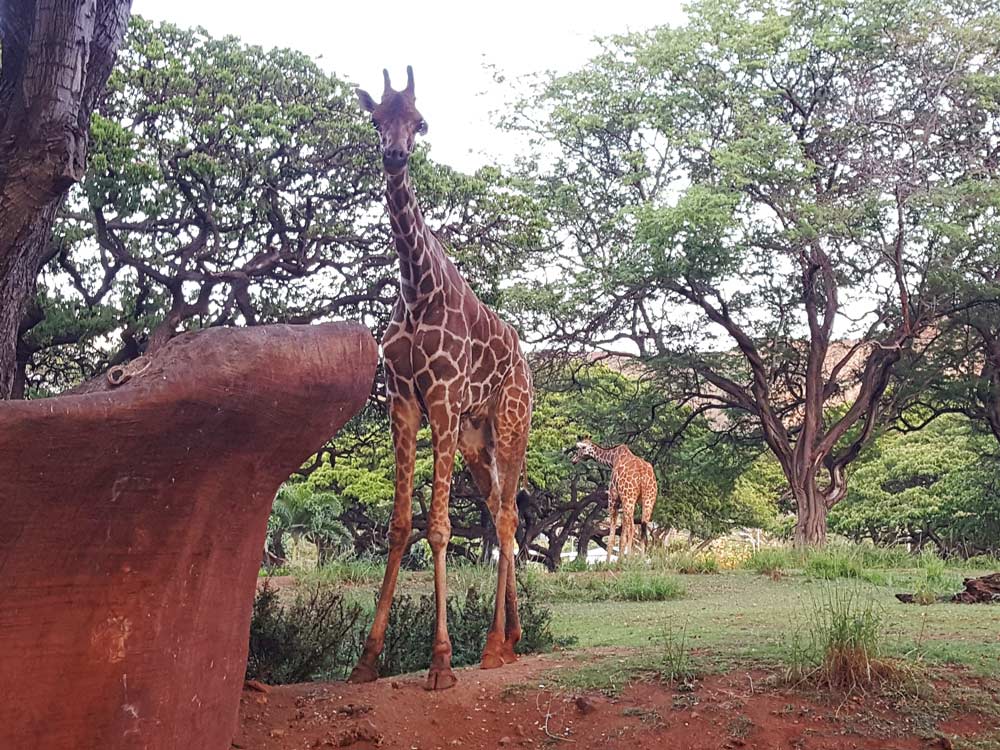 We did notice the kids try to wander off a few times. We asked our 10-year-old if he was bored and he told us that he just didn’t like standing around in one place for a long time. That is definitely one major difference when you go with a tour group: You have to stay with the group, even once your child is done with one exhibit. You also only get to see the animals that are on the planned route and the longer you stay looking at one, the less you get to see, since the tour needs to be contained within two hours. 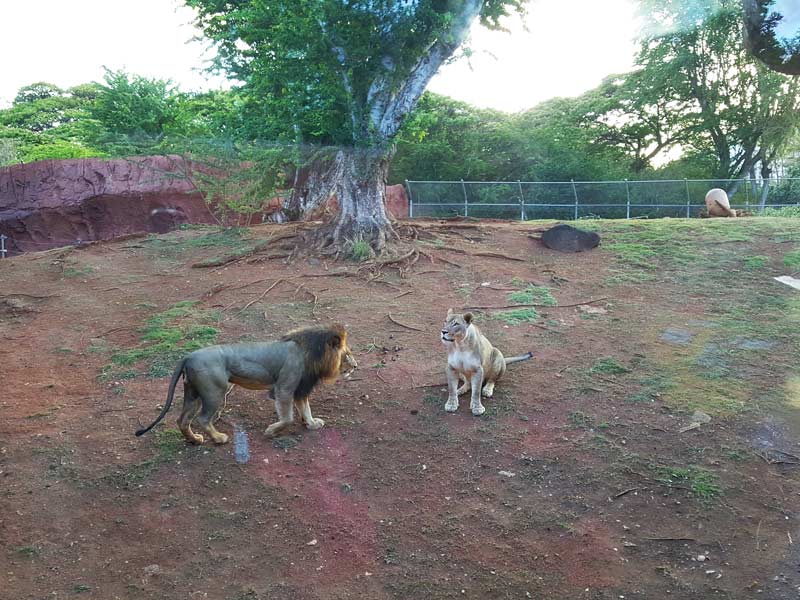 The older kids, including ours, didn’t seem to get tired from walking, and parents with toddlers brought strollers. Our 4-year-old did get thirsty, but luckily they offered lemonade, water and animal crackers in an air-conditioned classroom at the end of the tour.

Conclusion: Our 4-year-old repeatedly said “Thank you for bringing me here! Thank you for taking me somewhere this fun!” throughout the evening. His less-expressive older brother also thanked us, which makes us think our Friday-night adventure was a success.

1. Get there on time. We learned this the hard way. The Honolulu Zoo’s website recommends getting there between 5 and 5:15 p.m. We tried emailing and calling, but since it was after-hours, we received no response. We were lucky that a security guard happened to see us and let us in. Which brings us to our next tip:

2. Go on a Saturday if you work during the week.  Note the weekend programs fill up faster, so it’s important to register early.

3. Factor in parking. We happened to find a spot in the zoo’s lot, but if it’s full, you might have to look for street parking nearby or farther away if there’s a community event that night.

4. There are discounts for kama‘āina and members. Make sure to check for a promo code for member discounts when buying tickets online or ask about it when purchasing tickets in person.

5. Bring water, but snack before you go. Outside food is not allowed. The kids ate before we got there, but they do offer refreshments at the end.

6. Pack bug spray. We were skeptical when the education guide suggested this as we didn’t see any mosquitoes during the tour. We woke up the next day with a couple of bites.

7. Wear comfortable shoes. Although it’s not a strenuous walk, you’ll still be walking/standing for about two hours and the zoo grounds are a bit dusty.

8. Prepare for a change of weather. The tour will continue even if there is light rain, but they will give you a refund or reschedule the tour if it gets bad.

9. Expect a different experience. If your kids are used to walking freely around the zoo and playing on the playground, you might want to prepare them for the change. Our kids started running for the playground when we first walked in since there were no kids on it for once, but we had to stop them so we could join the group.

10. Private tours are available. If you want a more focused environment for you and your kids or if you’re planning a special event with a large group of people, you can call (808) 926-3191 ext. 114 or email requests to education@honzoosoc.org.

Twilight Tours at the Honolulu Zoo