Out of the mist, the cabin gives us a new perspective of O‘ahu’s Leeward side. 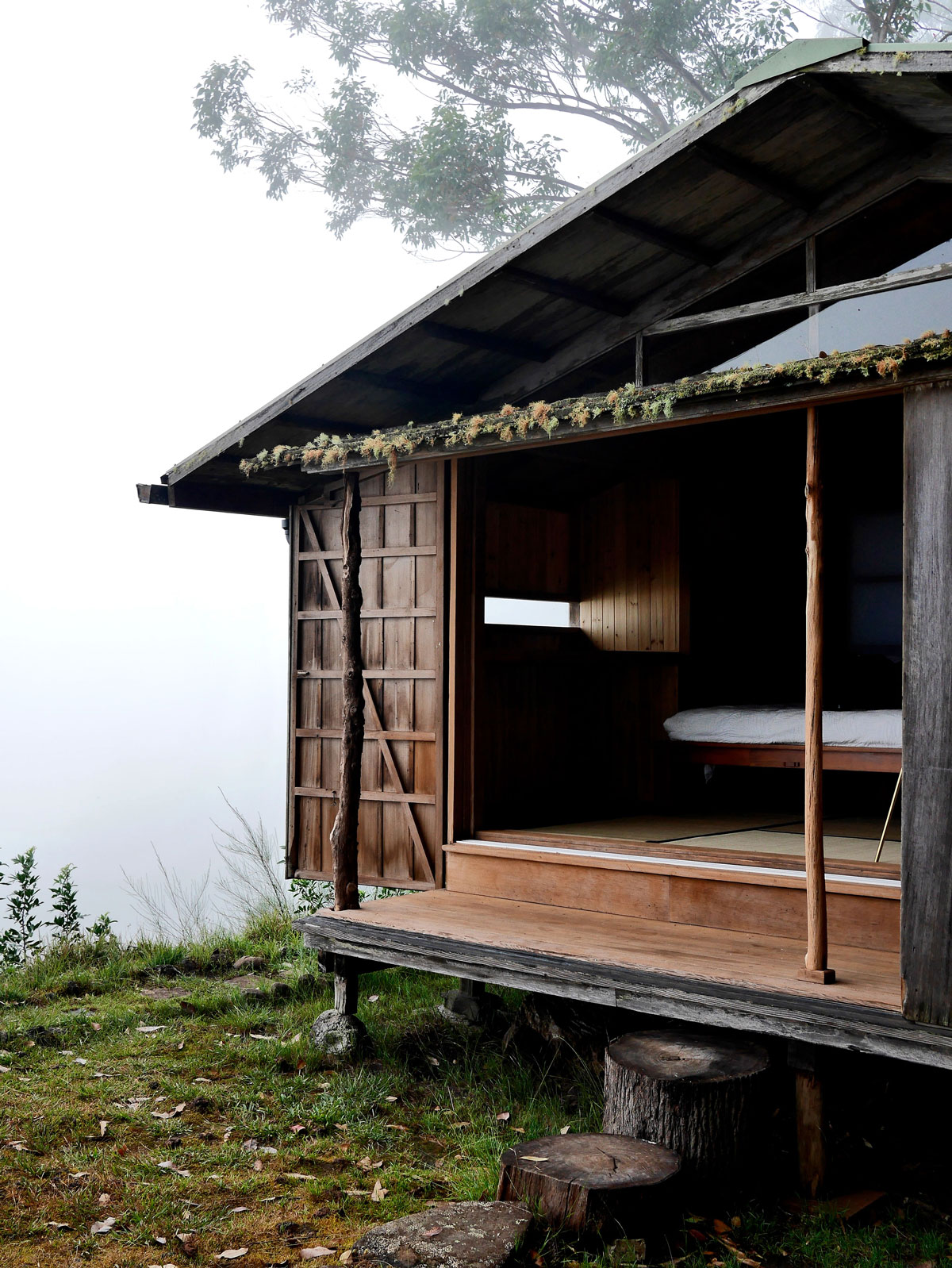 On Pālehua Ridge, 2,500 feet above sea level, is a small cabin. Curving strawberry-guava posts support a lānai roof, which frames a magnificent view of deep green mountains covered in lush forest. The grand scene only improves as you walk through the minimalist cabin to the bedroom, where sliding wooden doors open up to a seemingly never-ending backyard, ending at a dramatic drop that reveals almost the entire Wai‘anae Coast. Turn around, and the wooden Japanese-style cabin seems to melt into mountainside and trees, the epiphytic moss hanging off the weather worn roof adding to the illusion. Then, in minutes, lofty white clouds tumble in with the trade winds and soon obscure the home from view. This is Vladimir Ossipoff’s Pālehua Cabin.

Hawai‘i’s most celebrated midcentury modern architect, Ossipoff is well known for his environmentally attuned building designs that emerge from nature rather than overpowering it. Born in Russia, he was raised in Japan where he first absorbed the architecture styles that inspired his later work in Hawai‘i, including the Liljestrand House, the IBM Building, the Thurston Memorial Chapel at Punahou School, and the open-air walkways of the Daniel K. Inouye International Airport terminal.

SEE ALSO: This Beachfront Ossipoff Is a Hawaiian Modern Masterpiece

The Pālehua Cabin, Ossipoff’s personal retreat, wasn’t on the public radar until a year ago when Liza Ryan Gill started its social media presence on Instagram. Gill’s family acquired the cabin in a larger land purchase in 2009. As part of a large-scale forest restoration effort, the Gill family, in partnership with the Trust for Public Land and the Edmund C. Olson Trust, bought 7,000 acres of the former Campbell Estate. Four thousand acres were returned to the public; the rest of the land was split among the partners. The Ossipoff cabin is on the 1,600-acre parcel that the Gill family now owns.

The water for bathrooms and the kitchen of the Pālehua Cabin comes completely from rainwater collected from the roof. 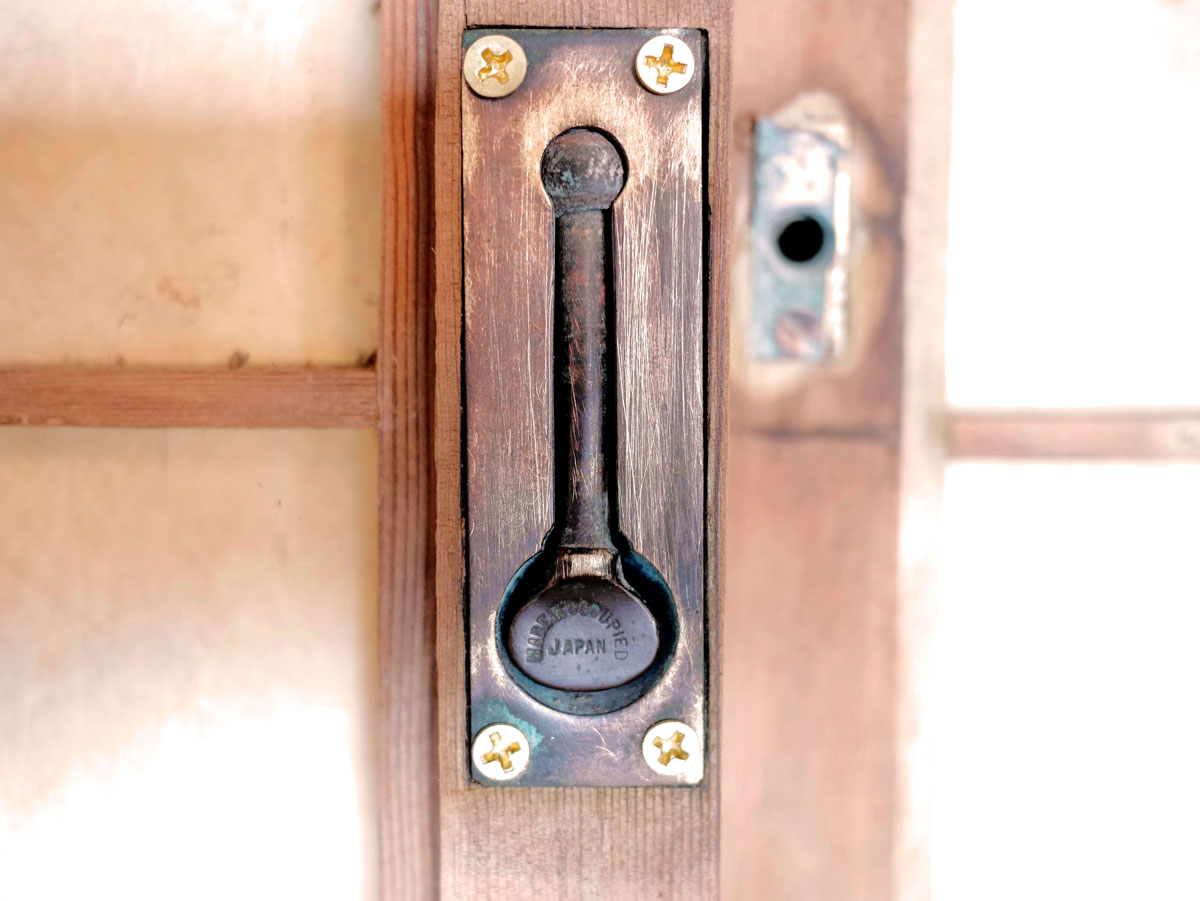 The family began restoring the cabin about five years ago, relying on photographs and conversations with Ossipoff’s granddaughters. A few changes were made in the name of modern comforts—replacing a decades-old metal cot with a platform bed and mattress—but the Gills tried to keep as many of the original features as possible. That includes strawberry-guava drawer handles in the kitchen, the copper shower and metal door locks inscribed with “Made in occupied Japan.” The wide door tracks allow the storm, screen and glass doors to slide back completely, opening an entire wall of the living room and bedroom to create open air flow because Ossipoff “really hated AC and thought that all of his designs should be in concert with nature,” Ryan Gill says. “Everything about this place is a delicate balance between nature and inhabiting nature.”

Their work earned a Docomomo Residential Design Award of Excellence in 2021. In the announcement on its website, the organization dedicated to preserving modern design says, “Faced with a miniscule budget and a remote site, the restoration was pragmatic yet highly sensitive to the original design.” Awards judge Meredith Mzdak says, “It’s rare to see a fragile resource like this preserved in such a beautiful and awe-inspiring location.”

The family has invited some of the restoration teams to “mahalo stays” and hopes to open the cabin to the public for tours this fall. The Gills are also considering intimate workshops at the cabin for locals.

“Pālehua, as a part of the Wai‘anae Mountains, hopes to bring awareness to the need to preserve native Hawaiian ecology on this side of O‘ahu,” says Ryan Gill. “There has historically been less investment on the Leeward Side and we believe that by bringing more folks up the mountain to see the cabin they will be inspired to contribute and support the work of conservation in the Wai‘anae Mountains watershed.”

The History of Hawai‘i From Our Files: Heiress Abigail Kawānanakoa