On a map, Uzbekistan is worlds away from Downtown Honolulu. But since a hot new lunch spot called Silk Road Cafe opened, we can get a taste. It’s pretty safe to say this is the only Uzbek restaurant in Hawaii. 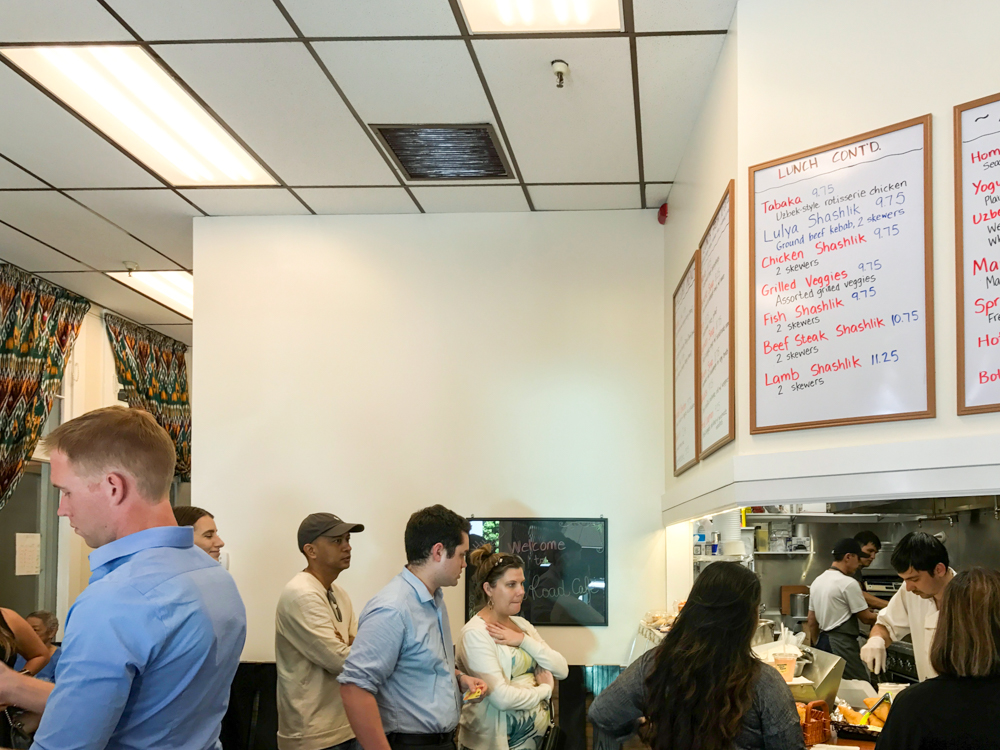 Uzbekistan, a landlocked country in Central Asia and former Soviet republic, sat in the middle of the Silk Road, a major trade artery that ran from the Korea Peninsula to the Mediterranean Sea. With so many influences streaming through, it became a cultural melting pot early on, making Uzbek food as diverse as the people that traveled there.

The menu at Silk Road Cafe is equally diverse. It’s approachable for local palates yet extensive enough to make multiple visits during the work week. 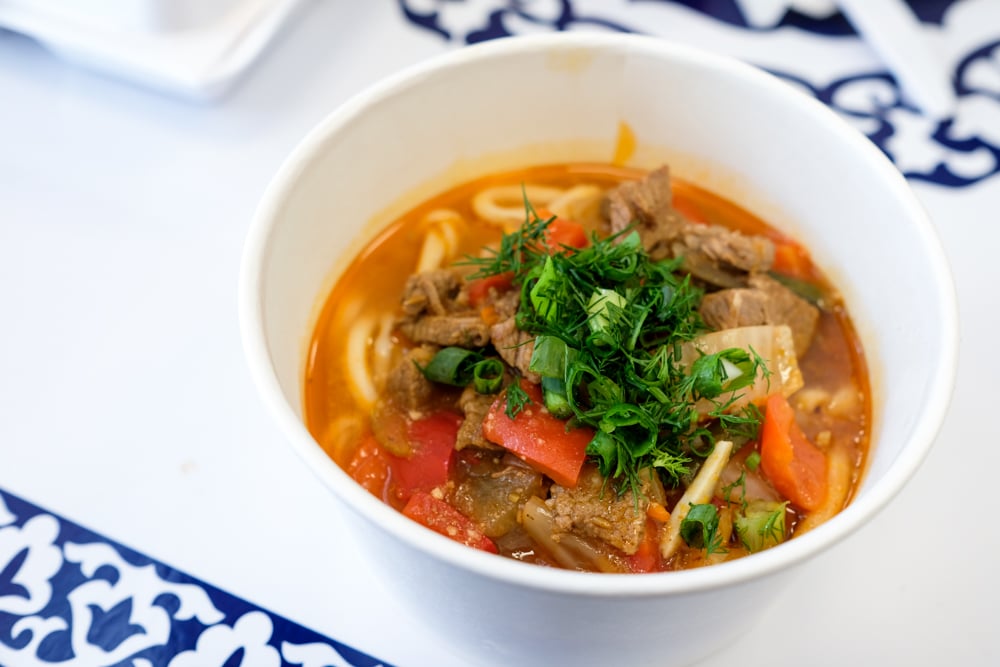 The lagman soup ($8.75) is a winner. Rustic hand-pulled noodles in a slightly spicy, aromatic beef and veggie broth with chunks of tender beef are always comforting.

Take the lagman soup, an aromatic tomato- and beef-based soup with hand-pulled noodles that’s derived from dishes in China and India. The noodles are soft and make for easy eating with tender chunks of beef and stewed vegetables. There’s also a plate of stir-fried lagman and vegetables ($9.25) that’s calling my name. 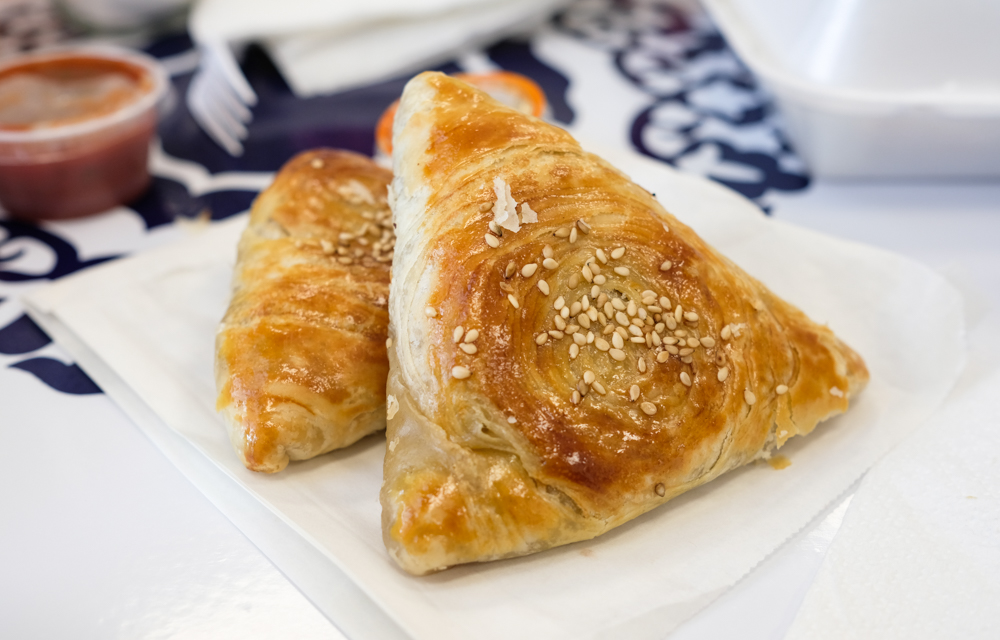 The somsa ($5.45 for two) is a delicious pastry filled with beef and minced onions.

Another item of Indian persuasion is the somsa, a flaky pastry stuffed with a decent amount of spiced ground beef and soft minced onions. While the Indian version tends to be smaller and dense with legumes, the cafe’s Uzbek style is lighter and with a nice buttery crumble. For a different texture, opt for the deep-fried piroshki bun which has similar, if not the same beef filling. 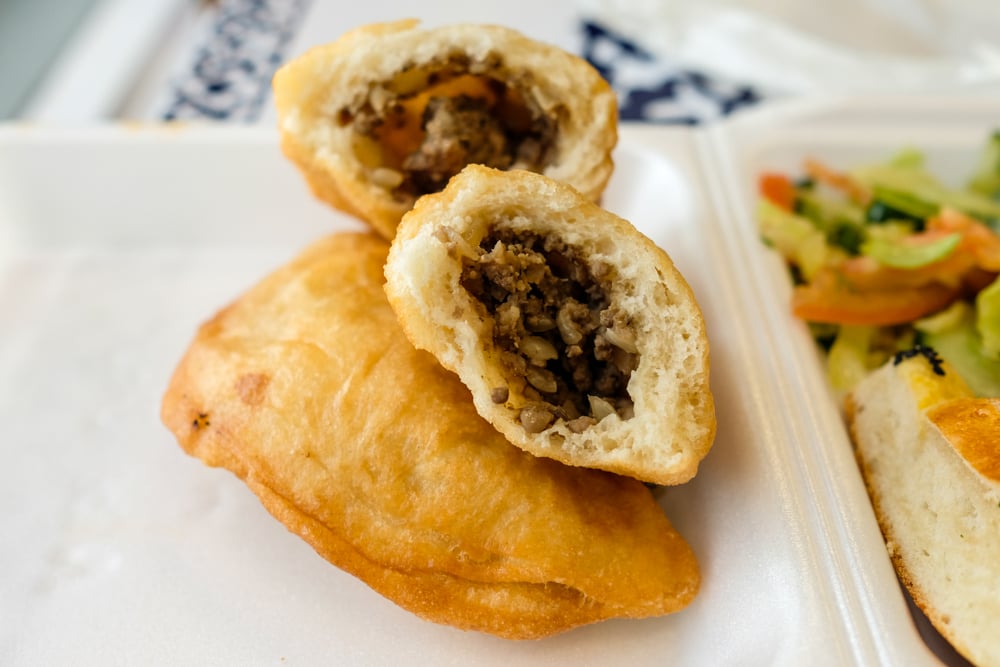 The piroshki ($5.45 for two) is large deep-fried bun filled with beef. The dipping sauce has an addictive roasted cumin flavor.

While dining in, I’ve overheard a number of people with Russian accents order blini, thin crepes with a savory filling ($5.45 for two) and borscht ($8.25), a beet-and-cabbage soup served with Uzbek naan. The Eastern European and Russian influence is also found in the tender goluptsi ($9.25), beef with rice rolled in cabbage leaves and served with a caraway-infused broth and veggies. A sucker for dumplings, I’m tempted to try the pelmeni soup ($8.75) and manti ($8.25) on my next visit. 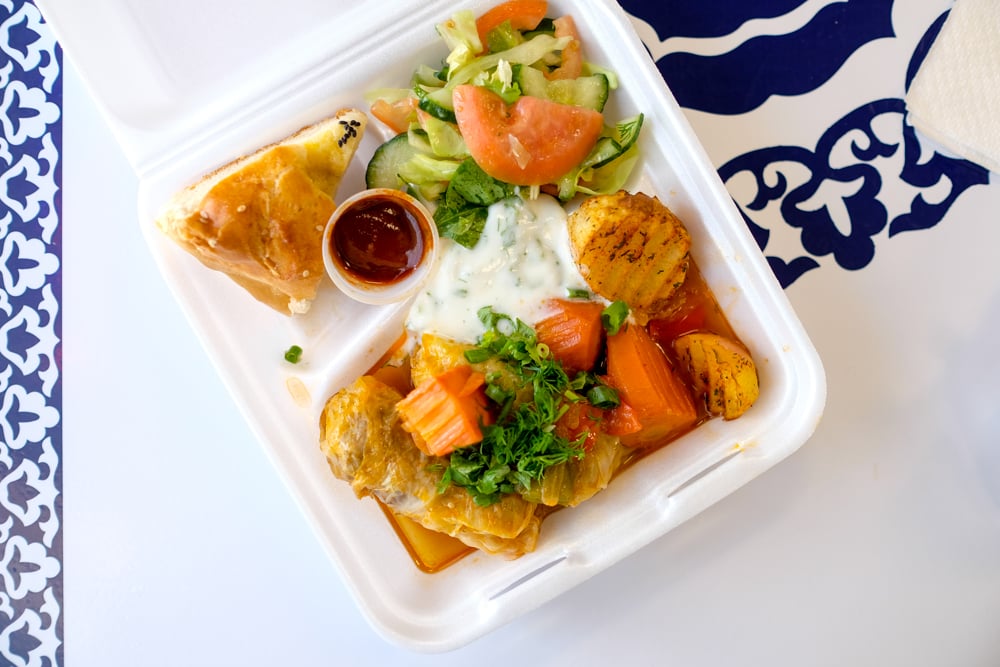 The goluptsi plate comes with two beef cabbage rolls, stewed vegetables, salad and a piece of Uzbek naan. The sour cream adds a nice depth of flavor to the fragrant stew.

The vast majority of Uzbeks are Muslim and therefore halal food is a very common thread woven into the tapestry that is Central Asian cuisine. I enjoyed the lulya shashlik ($9.75), ground beef kebabs similar to Persian kofta koobideh, on top of fragrant golden hued rice. 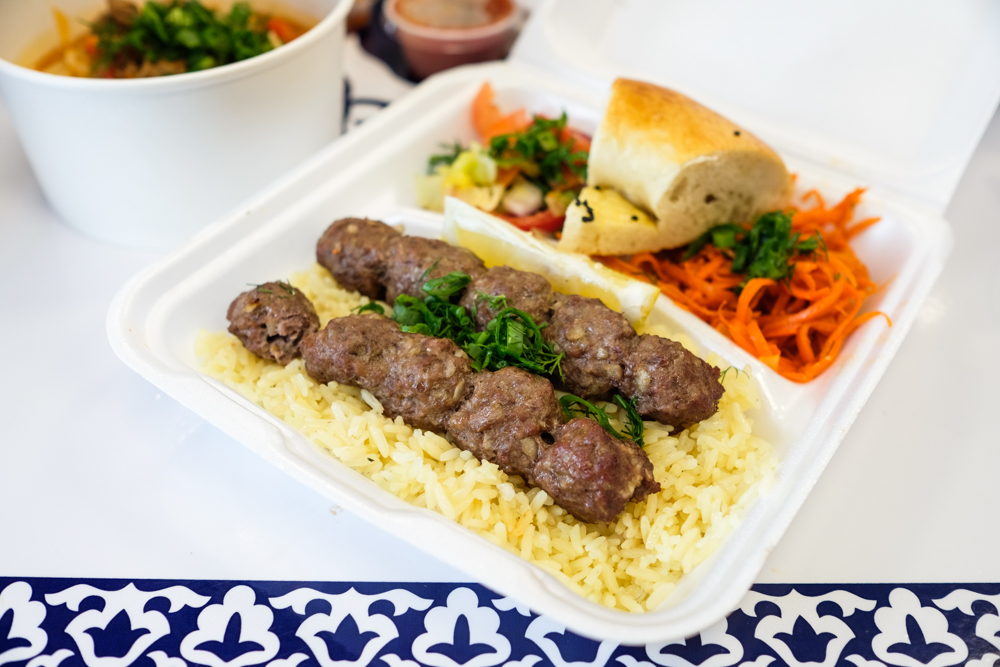 The lulya shashlik are one of a few skewered meat plates on the menu.

Silk Road Cafe has the perfect downtown lunch formula: quick, delicious and under $10. Sitting at one of the tables, you’ll notice a constant stream of hungry patrons who order with a touch of curiosity and are served within five minutes – a key to success in busy downtown.

After my first introductions to Uzbek food I’m definitely a fan. And by the looks of the crowds, much of downtown is, too.