Loaded fries are a hot topic on the Frolic Foodies Facebook group—if you haven’t already joined the discussion, you should—and it got me hooked on finding more. That’s when I learned about Hella ‘Ono Grindz, a new pop-up vendor that specializes in loading south-of-the-border and fusion flavors and ingredients atop thick-cut fries.

Hella ‘Ono Grindz cooks carne asada steak, braised birria beef, longanisa sausage on the griddle and loads them, and Flamin’ Hot Cheetos, onto the fries with an assortment of toppings: a Mexican-blend of cheeses, guacamole, sour cream and chipotle sauce. You can even add a fried egg on top for a dollar more.

The thick-cut fries hold up to the hefty toppings. I use them as intended: vessels for scooping everything into my mouth. Of the four flavors, I try everything except longanisa. Here’s my review. 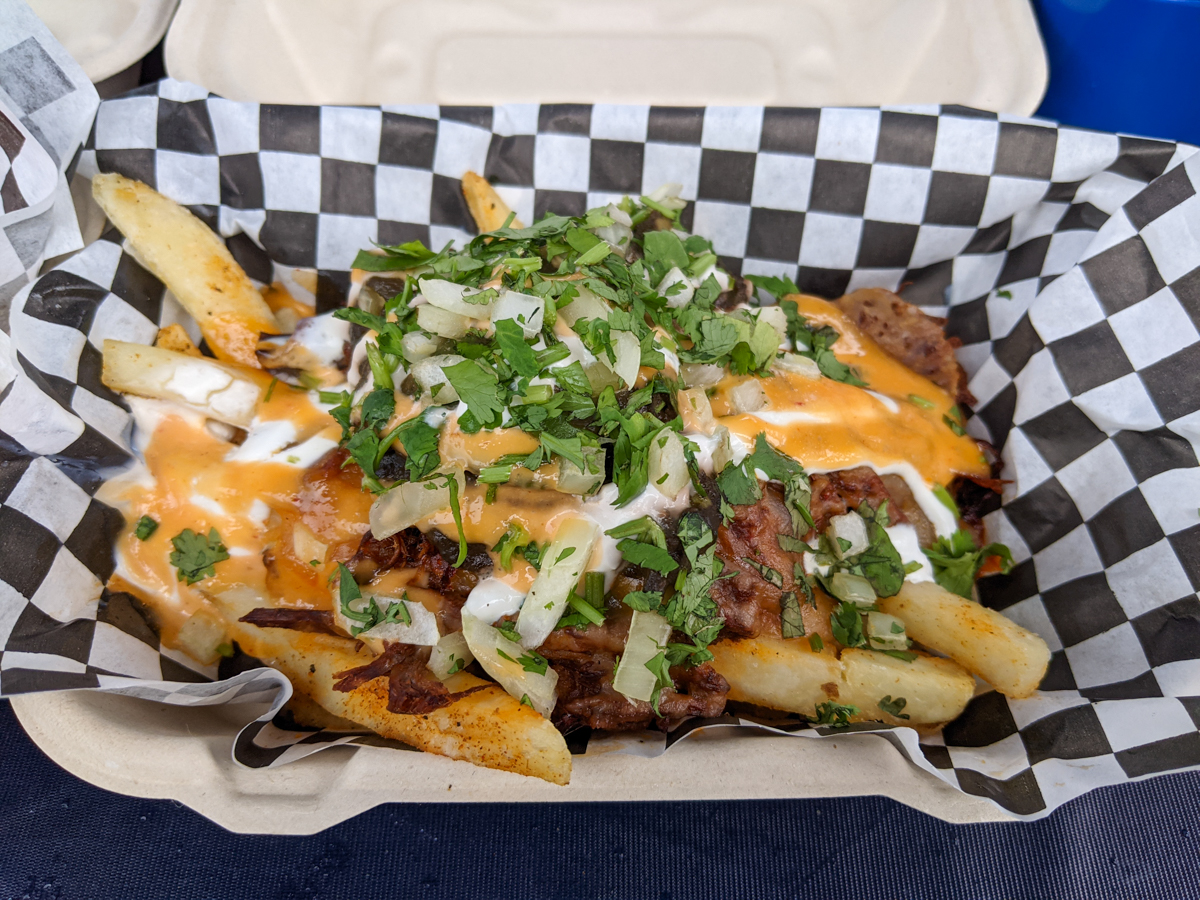 The birria fries (small $10, large $16) feature the Mexican-braised meat that is trending big. The beef is braised for hours in a mix of vinegar, dried chiles, herbs and spices. It’s tasty, with a soft blend of savory, spicy and sour notes. Overall it’s a great dish, if a bit heavy-handed on the cilantro. 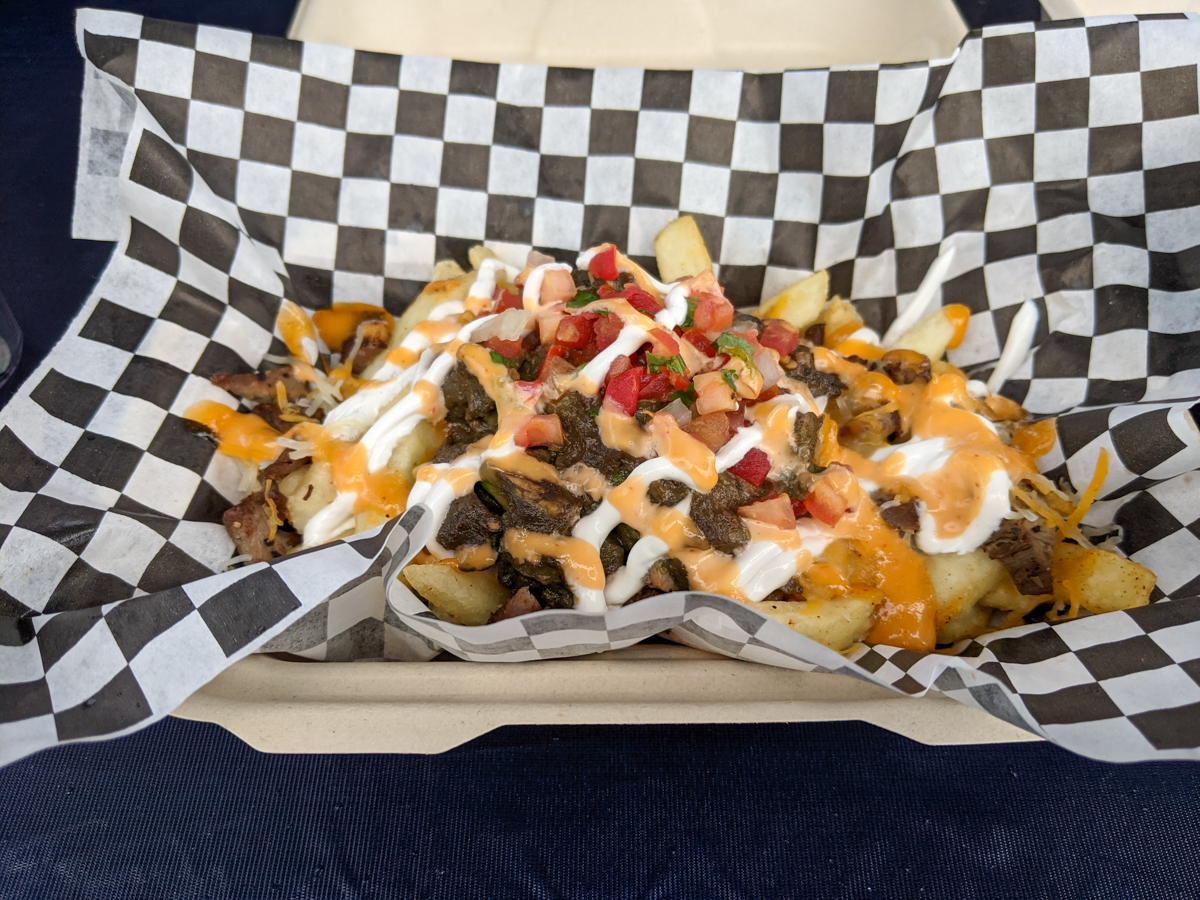 The carne asada fries (small $8, large $15), which are labeled as Da Classic, are what I call comfort food. They’re easy to eat and enjoy. The tri-tip steak is grilled to a tenderness that leaves the meat juicy and falling apart with each bite. The taste is subtle, a light saltiness with a hint of smoke followed by a mild blend of spices and seasonings. The nuanced Mexican flavors pair up well with the gooey cheese, cool sour cream and the kick of the chipotle sauce. 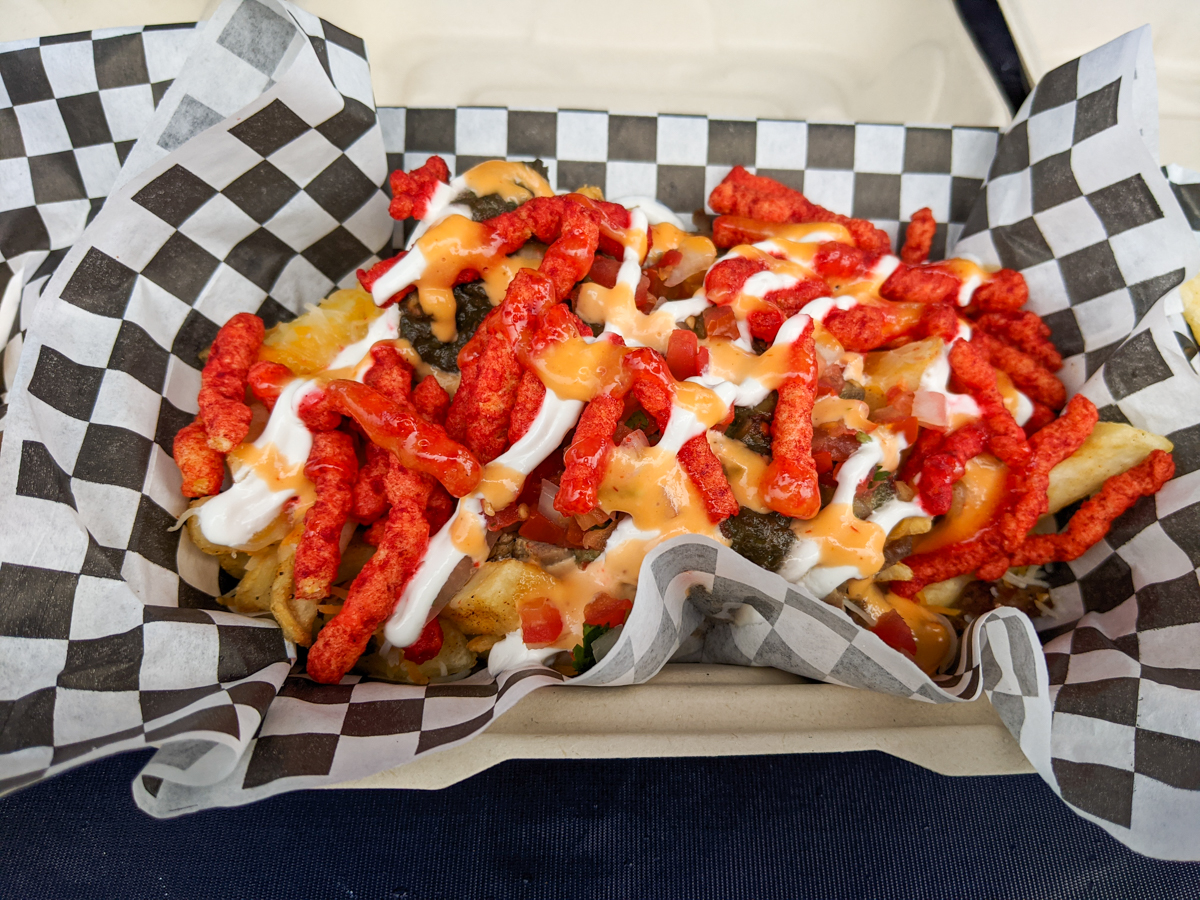 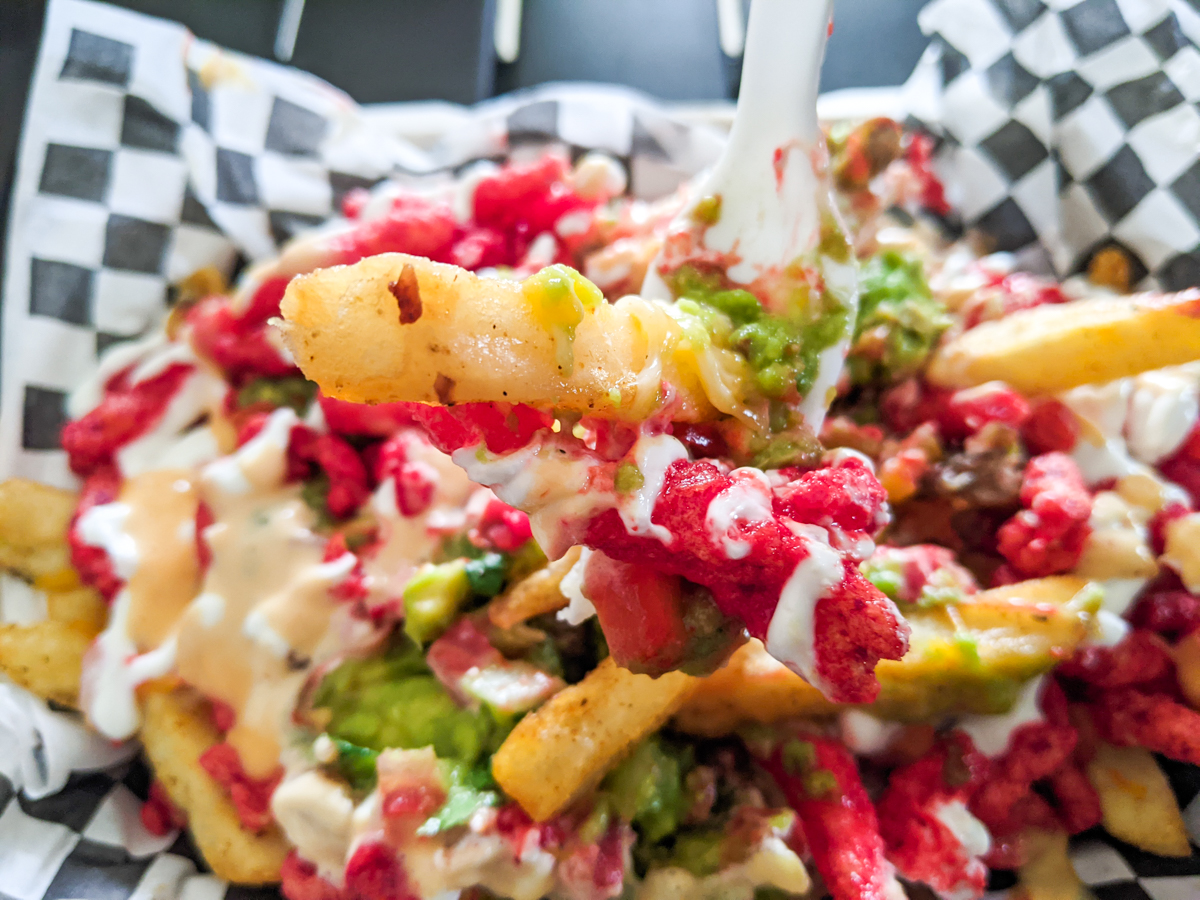 The Cheetos add a fun and complex crunch that contrasts nicely with the tender juiciness of the steak. Once-mild flavors turn into something pretty wild, making these my favorite of the three I try. 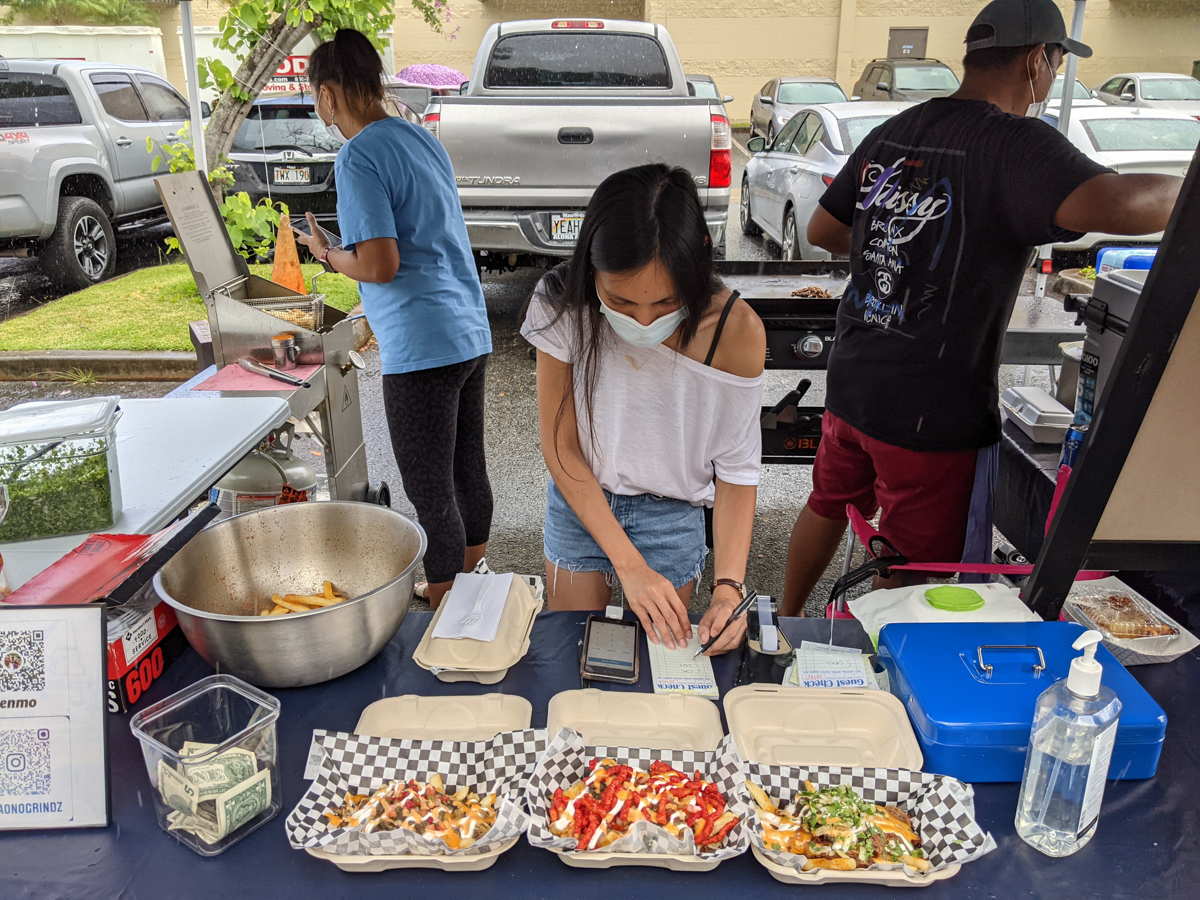 You can find Hella ‘Ono Grindz slanging fries at the Island Craves Food & Craft pop-up every other weeknd at Waikele Premium Outlets. Their next appearance is this Saturday, April 24 from 11 a.m. to 6 p.m. and Sunday, April 25 from 12 to 5 p.m. The tent will be in the west parking lot near the Coach Factory Store.