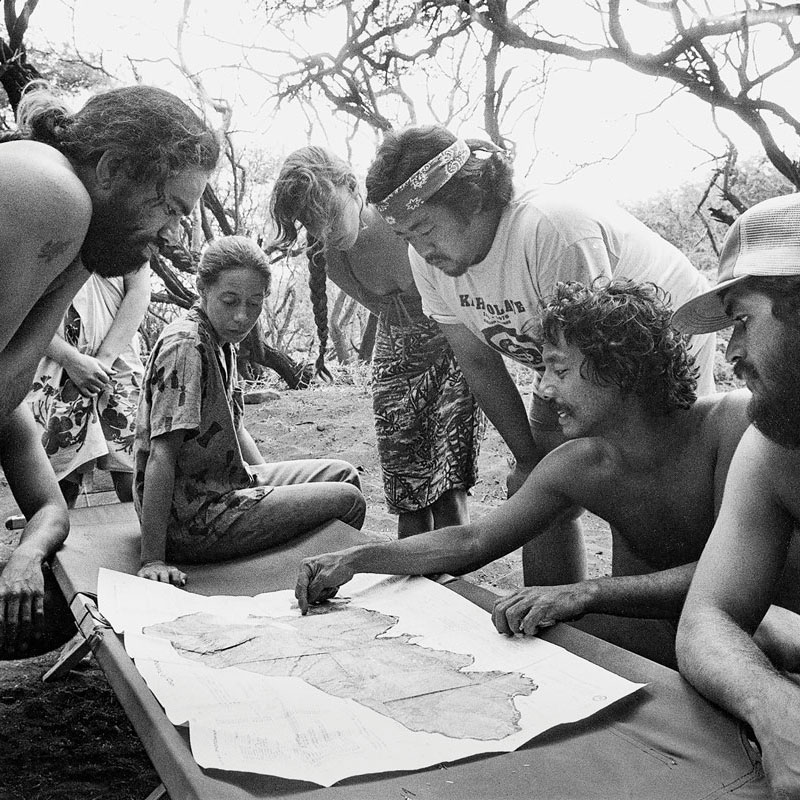 The return of Kaho‘olawe in May 1994 to the people of Hawai‘i began with Native Hawaiian activism. Photographer Franco Salmoiraghi chronicled those early days on the island when it was still being used by the U.S. Navy for target practice. Dr. Noa Emmett Aluli (above with map, 1979) sees continuing power in coming together for a common cause, including this year’s battle to require the U.S. Navy to defuel the troubled Red Hill (Kapūkakī) jet fuel facility. Aluli says: “Aloha ‘Āina has made the difference for the protection and care of the land and waters over the past four decades. We stand up, we persist, we heal and we endure, from Kaho‘olawe to Mauna A Wākea to Kapūkakī.”