The History of Hawai‘i From Our Files: The Scrapbook of Kumu Hula Emma Farden Sharpe

HONOLULU Magazine emerged from predecessor Paradise of the Pacific, which began in 1888, fulfilling a commission by King Kalākaua. That makes this the oldest continuously published magazine west of the Mississippi, with an enviable archive worth diving into each month. Here’s a look back at November 1957. 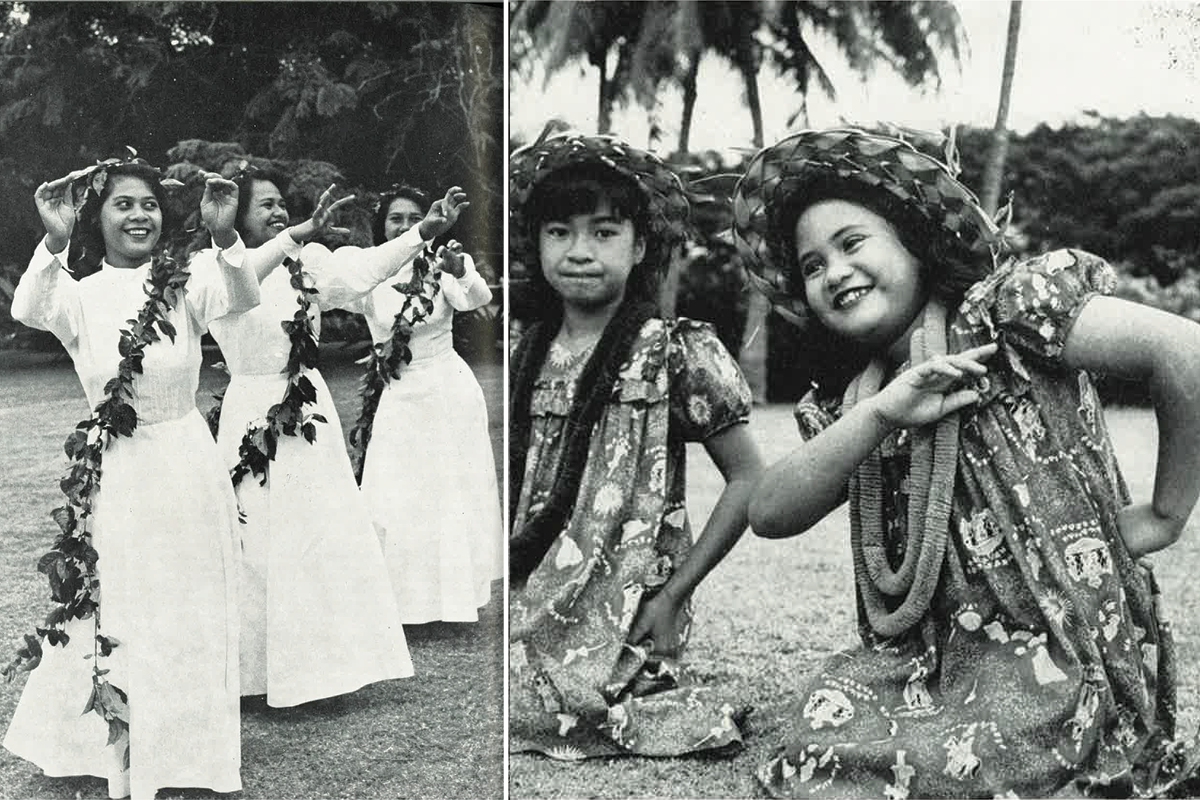 In 1957, Paradise of the Pacific spent some time with the already renowned kumu hula Emma Farden Sharpe. The celebrated teacher allowed writer Don Mayo a look at some of her memorabilia.

“Emma Sharpe personifies the spirit and beauty of Hawaiian culture, the graciousness and temper of a people who love life and express their joy in living through the traditional Hawaiian hula.

“Emma Sharpe’s scrapbook is a veritable treasure of such expression, recorded in the clippings, photographs, letters of appreciation and love, and other remembrances which, from her family and friends, from chambers of commerce, and civic clubs, from battleships and commanding officers all serve as tokens of memories to be cherished—memories of moments when, through Emma, Hawaii became alive in the movements and aesthetic grandeur of the Hawaiian dance.”

Sharpe had seven siblings, five of them sisters. She trained under Rebecca Kauhai Likua ‘Ōpūnui, also known simply as Kauhai Likua, “who had danced for and been a favorite of Hawaiian royalty. A very strict, traditional, and thoroughly Hawaiian, she never accepted the ways of the haole, but continued to dress, live, and practice her Hawaiian culture, refusing even to speak English, and communicating only through her native tongue.

“Emma was eighteen when she began to study the hula with Kauhai Likua. The youngster had for many years been interested in ancient Hawaiian culture, and spent many pleasant hours with elder Hawaiians listening to tales of ancient rites, of Hiiaka, who first danced the hula for her sister, Pele, Hawaiian Goddess of Fire, and Laka, patroness of the hula.

“And so in Emma Sharpe’s scrapbook we find yellowing clippings which relate the events of those early days. Emma was required to wear a short, colored silk dress, and a ti-leaf skirt when she went to Kauhai Likua’s home. She had to bring two leis—one for herself and one to offer the altar of Laka after she had chanted a prayer to the goddess asking for beautiful hands and graceful motion. Only then could the lesson begin. … 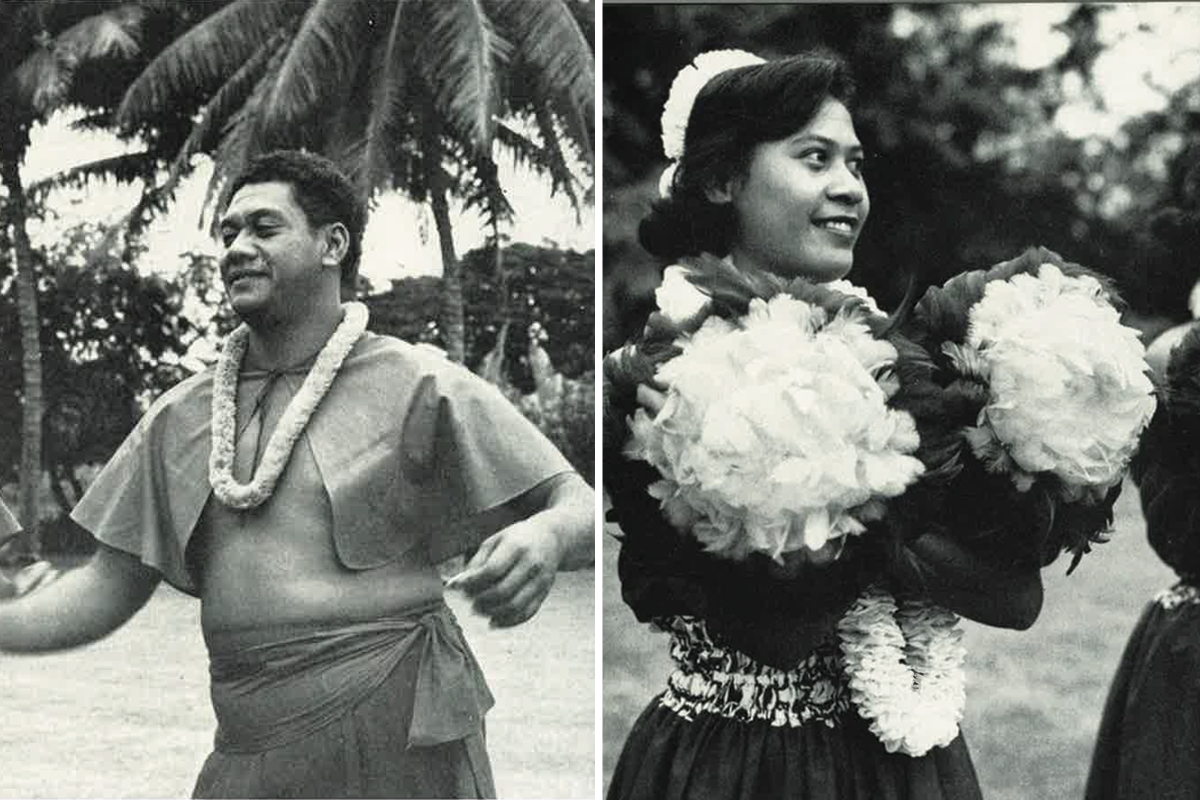 “[M]any Hawaiians were invited, heard Emma’s teacher sing a final mele, enjoyed a rich repast of traditional foods, including roast pig from an imu, and listened as prayers were offered up to Laka. Emma’s lei, worn at the final lesson, was laid upon Laka’s altar with other offerings, and those gathered there heard Kauhai Likua bestow on Emma her own dancing ability. The old woman declared that it would now rest with Emma to carry on the teaching—that she herself would never teach again. …

“Many years have passed since the day an eighteen year old girl accepted from one of the last great Hawaiian hula teachers the charge to carry on the traditions of the hula. Emma Sharpe has done so as Kauhai Likua would have wanted her—by living, breathing, dancing, being. …

“In Emma’s scrapbook there are many penned, penciled, printed, and otherwise recorded statements on the hula which give some meaning to the assertion that she is perpetuating not only a dance, but a way of life through the hula. These notations are to her just guideposts over a pathway of memories. To one who leafs through, they are an index of history, an insight into a culture now almost completely gone from these Islands of the Hawaiian people.”

Sharpe died in 1991 at 87. The annual Emma Farden Sharpe Hula Festival on Maui continues to honor her memory with free performances every year. 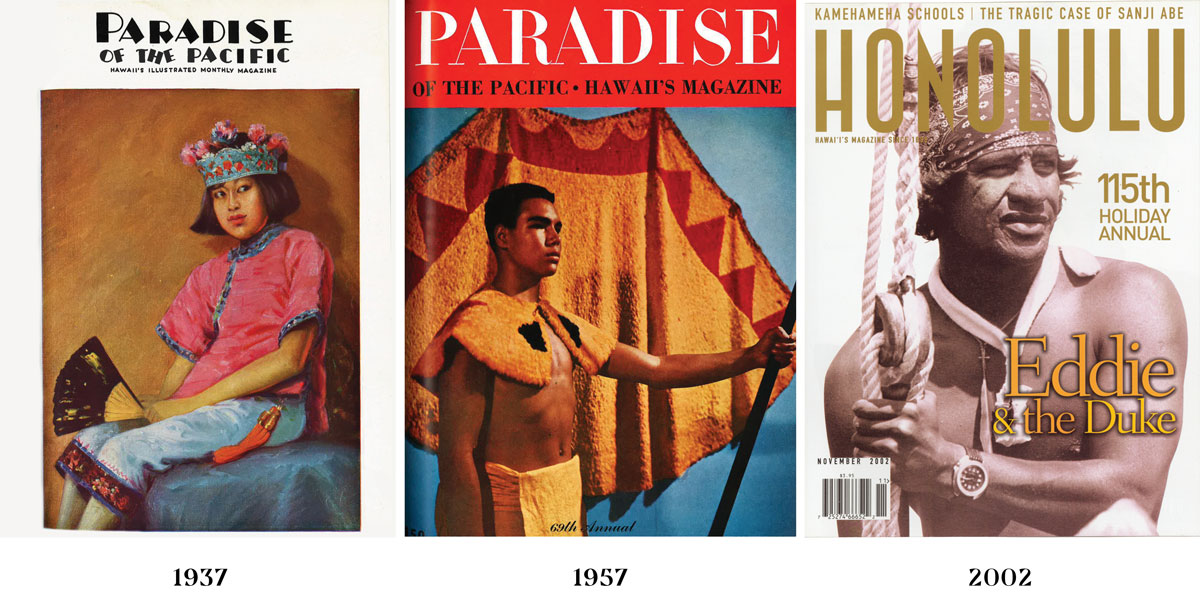