HONOLULU Magazine emerged from predecessor Paradise of the Pacific, which began in 1888, fulfilling a commission by King Kalākaua. That makes it the oldest continuously published magazine west of the Mississippi with an enviable archive worth diving into each month. Here’s a look back at January 1982.

We’re not sure what prompted the editors of our January 1982 issue to take a look back at some of Hawai‘i’s big firsts. Maybe it was because it was the first month of the New Year. Whatever the reason, we’re glad they did: For us, it’s a chance for a fun glance at some blasts from the past.

Despite its prime oceanfront location, “after the first year, 11 of the 12 apartments remained unsold.” The developer, E.E. Black, was forced to considerably discount the $80,000-plus apartments. The market just wasn’t ready, it seems. “Tourists weren’t used to the idea of owning a part-time home in paradise,” explained Bob Black, president of E.E. Black. As for locals, “No one would think of living in Waikiki.”

Flash forward to 2022 and we find the Diamond Head building still standing, except now neighbored on its ‘Ewa side by a slew of apartment buildings, condominiums and hotels that stretch well into Waikīkī and beyond. And as for the price tag, the latest sale we could track down for a single unit was from the fall of 2020. It went for a cool $4.325 million. 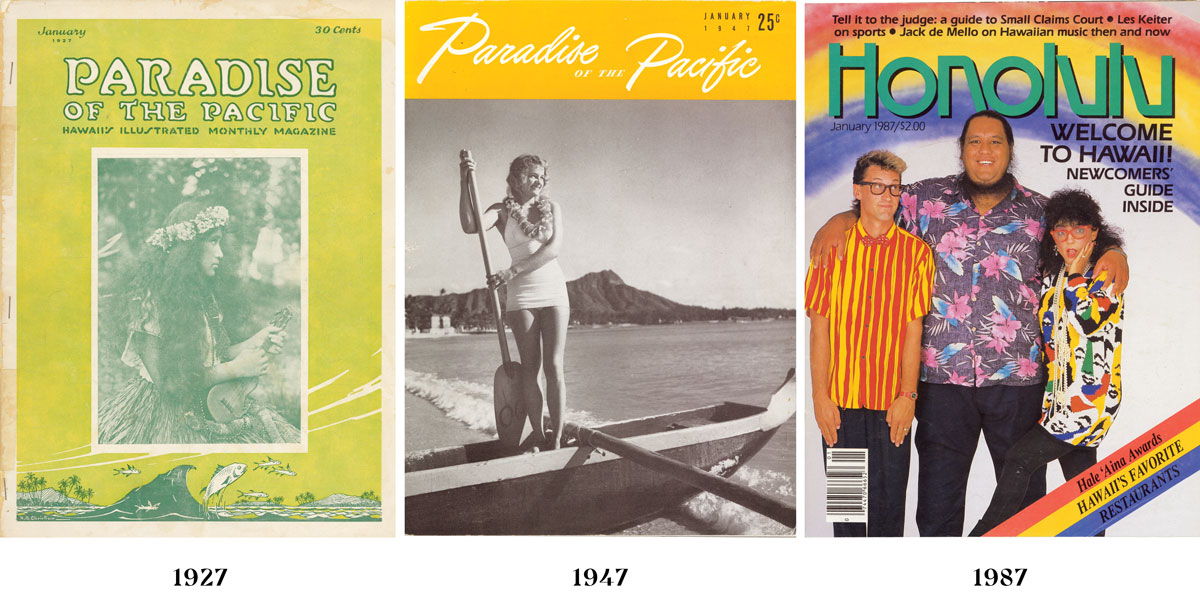 Where Are They Going? Fave Eateries at Kaka‘ako’s ‘Ohana Hale Marketplace