Kawika Kahiapo was the only recording artist this year to win awards with different projects: music album with “Ku‘u ‘Aina Aloha” and slack key album with “Ho‘omaluhia.” Newcomers Hū’ewa won most promising artist, as well as group of the year — over veteran artists Waipuna and Amy Hanaiali’i and Willie K. All the winners are listed below.

As usual, the event featured collaborative performances with various nominees, as well. (Videos to be posted as they are uploaded.) Here are some of the scenes from last night’s gala, also provided by Ricky Li and Crystal Yamasaki: 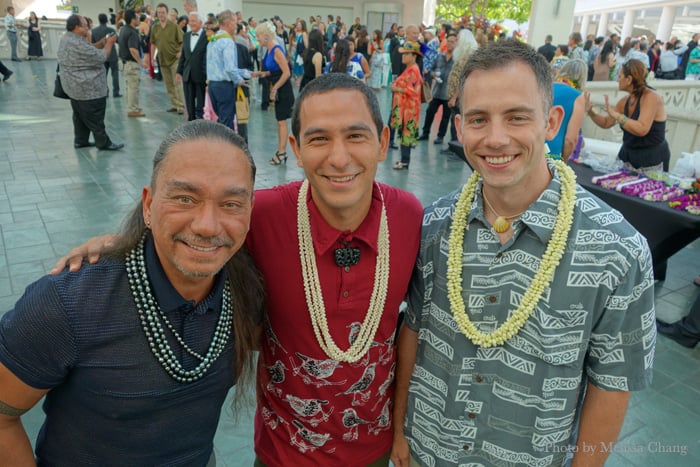 Album of the Year — awarded to artist(s) and producer(s): “Kawaiokalena,” Keali‘i Reichel 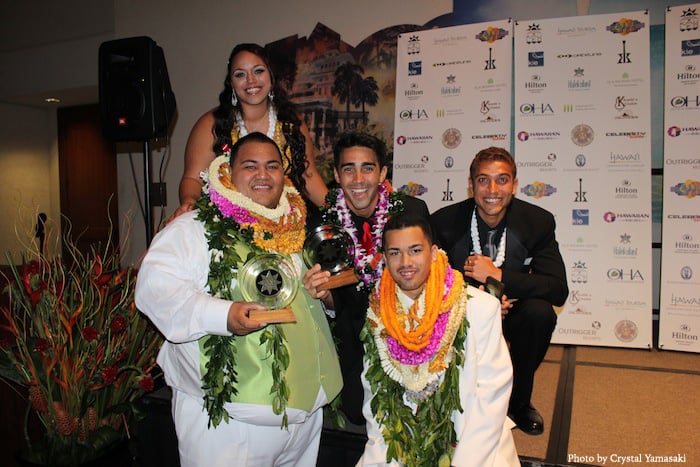 EP (“Extended Play”) of the Year (must have between three and eight songs and less than 30 minutes of total playing time): “Cha-Lang-A-Lang Christmas,” Na Hoa (Na Hoa) 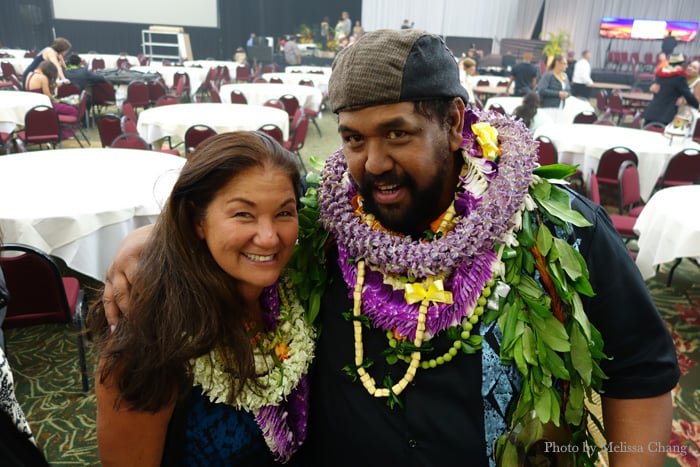 Non-Hawaiian:  Michael Grande, for “They Come and They Go,” Reggie Padilla (Pass Out)

The Nā Hoku Hanohano Awards culminate a monthlong celebration of Hawaii’s music, but there are still live music events you can attend, including hula and performances on Waikiki beach and live music at Kani Ka Pila Grille in the Outrigger Reef. Visit MeleMei.com for more information.