Thank You, BTS, for Giving Me Permission to Dance

A year ago, a boy band wearing Louis Vuitton and too much makeup gave me Permission to Dance. Now that you’re going your separate ways, it’s time to give you mine. 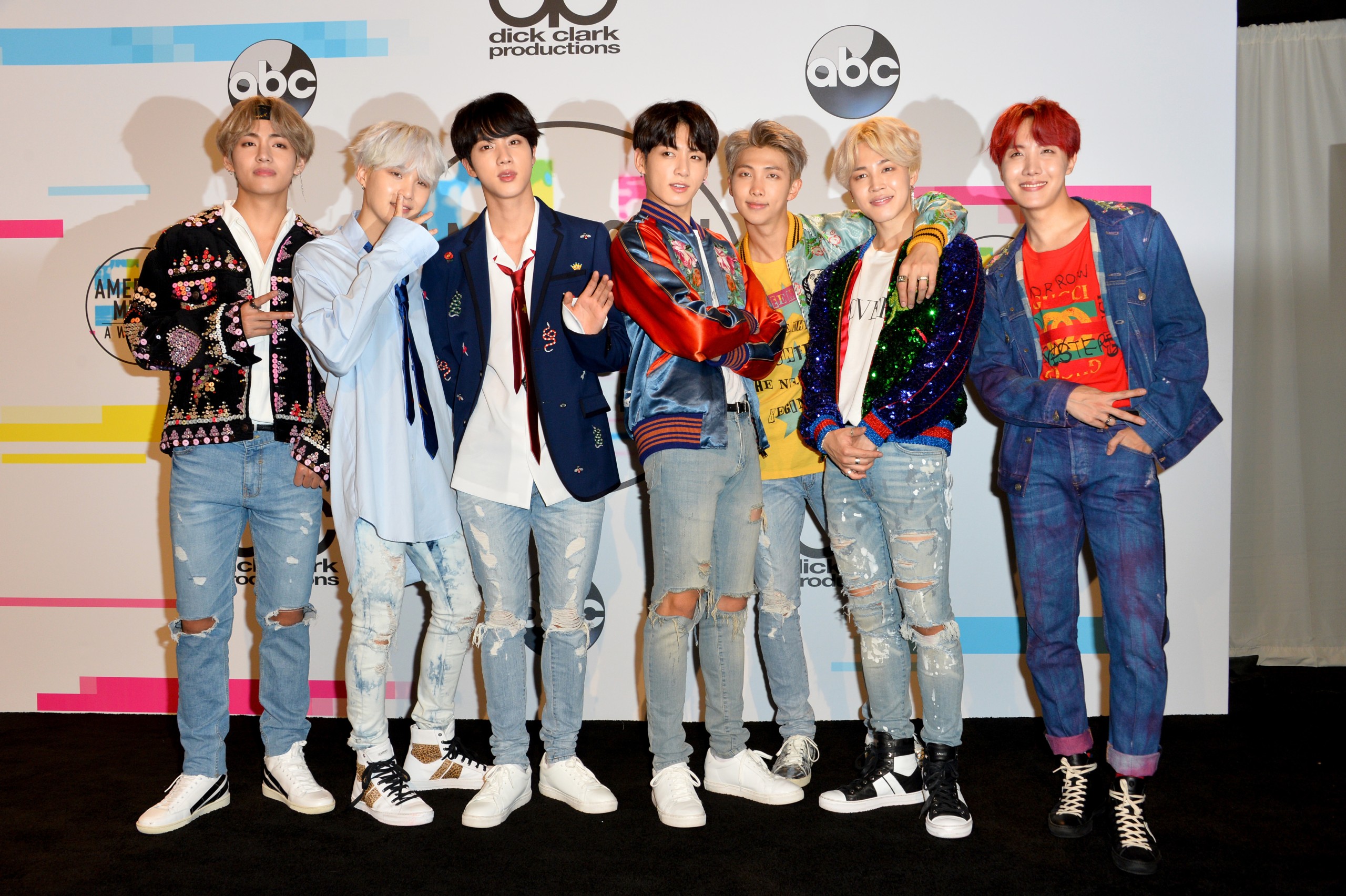 I don’t consider myself typical ARMY. I’m not the fan who would sell my kidney for a concert ticket, listen to ALL your V-lives, dress in purple merch and plaster your posters across my wall. That’s my daughter. I love you because you gave me Permission to Dance during one of the darkest times in my life. As my therapist said, you are my happy place.

A year later, you still are.

I didn’t feel the connection at first. There was a language barrier (even your English-language songs were lost on me) and I thought you wore way too much makeup—which to my 16-year-old and her friend is a great thing. “As boyfriends, they can teach us how to put it on!” she says. Touché.

But when Permission to Dance came out last summer, the beat and message were super catchy and clear. “Let’s break our plans and live just like we’re golden and roll in like we’re dancing fools. We don’t need to worry, cause when we fall we know how to land …” On days when COVID blues felt like a weighted blanket, when the maelstrom of my personal life filled me with self-doubt and fear, this song got me out of bed. I never really believed in the power of music, until you helped me not fall apart.

After PTD, I wanted to hear more. Butter and Dynamite gave me the same energizing high. I mirrored your dance moves literally every day in my living room, to my daughter’s embarrassment. But who cared? I felt free and happy. When she said, “You’re not true ARMY unless you know their names and who they are,” I studied your faces for four days. Jin, Jimin, J-Hope, Jungkook and thank the lord for non-J members V, RM and Suga. When a 40-year-old friend and another diehard fan (thanks, Kerri!) suggested that watching Run BTS—your very own variety show that put all seven of you in hilarious, challenging situations—would help me distinguish your individual personalities, I gave it a proper go. Under my covers, hiding from the stresses of isolation and relationship struggles, I watched Run BTS and laughed out loud. One episode where you sat dripping wet and desperately trying to figure out what forbidden words were triggering torrents of water to your faces, I felt a little guilty enjoying your torture. I devoured 152 episodes in one week.

Together, the seven of you, you’re magical. I’ll miss RM’s inspiring words, J-Hope’s contagious laugh, Jimin’s sweet hugs, V’s sassy and savage deliveries, Jungkook’s cute-meets-sexy vibe, Suga’s smirking aversion to mushiness and Jin’s worldwide handsomeness. These are also part of your legacy, part of why you’ve touched so many. According to a Buzzfeed quiz, I’m a little bit of J-Hope, Jin and Jimin—caring, quirky and comical. Another quiz tells me I’m going to marry RM, maybe a museum wedding. Ha! I won’t hold my breath.

It’s not only about fun. Idol, Mikrokosmos, Save Me, On, Life Goes On: In song after song I was hearing your message. As WWE superstar John Cena said, “They advocate self-love, to not be afraid of failure and that you are enough. I don’t care how you feel about them … how they conduct themselves as human beings and the message they send to the world, man, that’s something special.”

One the best gifts you’ve given me is something fun and positive to talk about with my daughter. Her moodiness dissipates whenever she goes on and on about her crush and bias. Jungkook, your cute face, droolworthy abs and buttery vocals entrance millions of teenage girls, but to my daughter, your shy and humble manner make you easy to relate to. In a school-less life when she couldn’t see her friends and be part of the world, she needed something to fill the void and you were it. I imagine your fans across the globe felt the same way: grateful.

But most of all, BTS, what you did for me was show me the way forward. A year ago, I felt like I was spinning in a shitstorm of ups and downs; I didn’t know how to stop the spin. That’s when you gave me Permission to Dance. And I did. That moment of daily brightness—I started dancing every morning—got me on my feet. Self-love became my mantra, and with you behind me, I began to move forward. I’m still heading there. And so is my daughter.

As text messages flowed in this week asking if I was OK, I replied with laughing and crying emojis. Let’s be real: “Taking a hiatus” could mean disbanding. I’m hoping with everything that this doesn’t happen. But my daughter and I, and probably all of ARMY, do not begrudge you this decision. Now it’s our turn to give you permission to dance on your own and live the life you deserve. We know your best is Yet to Come, and whether it will be as BTS or each of you individually, we’re here for it. Borahae. 💜