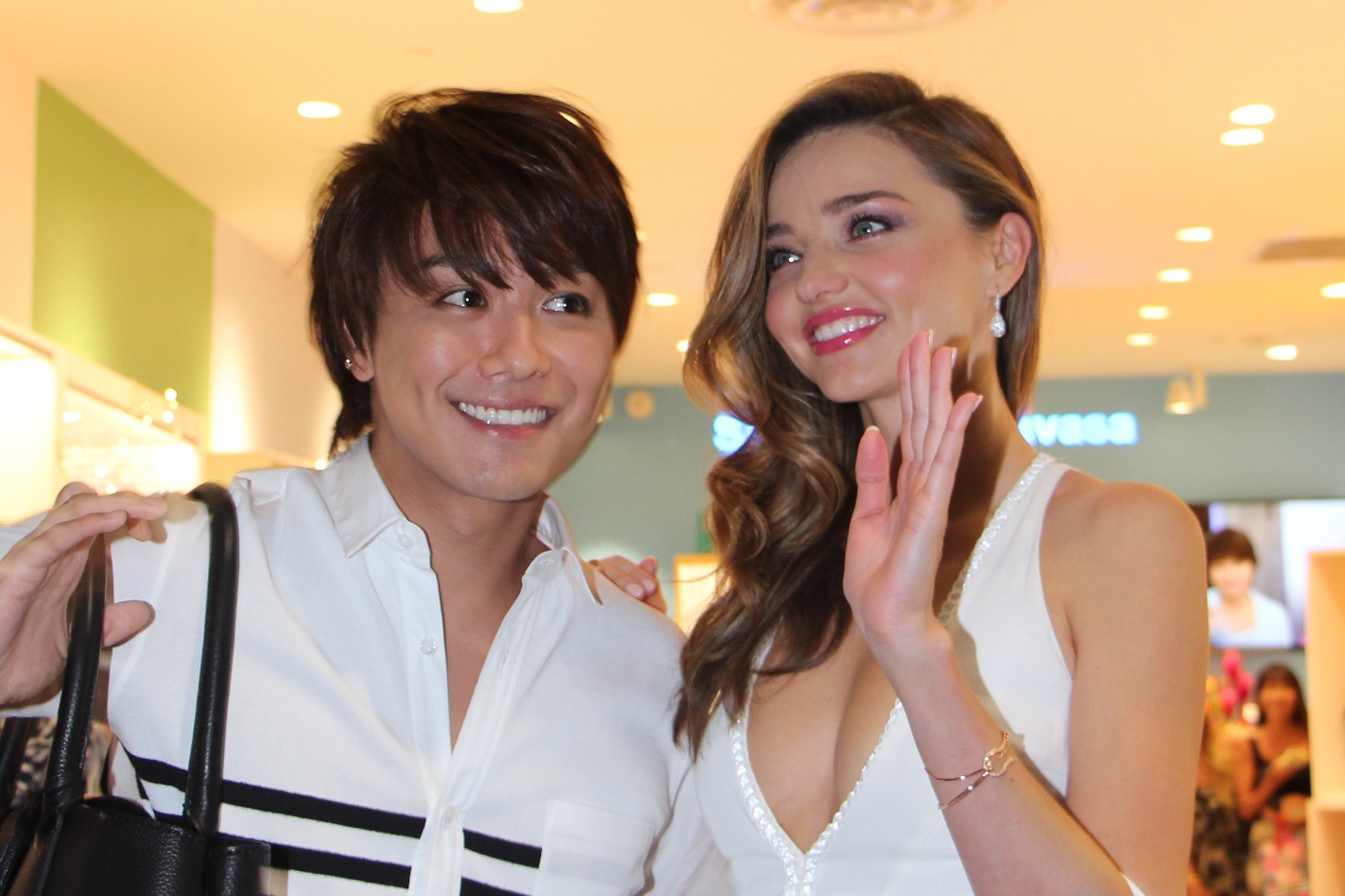 It was supposed to be just media invited to a photo session outside the Ala Moana Center store, but it turned out to be a mob scene, I haven’t been shoved like that since my mosh pit days. After Melissa Chang and I got our shots, we headed over to Mariposa at Neiman Marcus, where Frolic’s Olena Heu emceed a reception.

It was cute. This was the first time that I saw a giant crowd play jan ken po, and even more epic, they played with Kerr. Here’s a look: